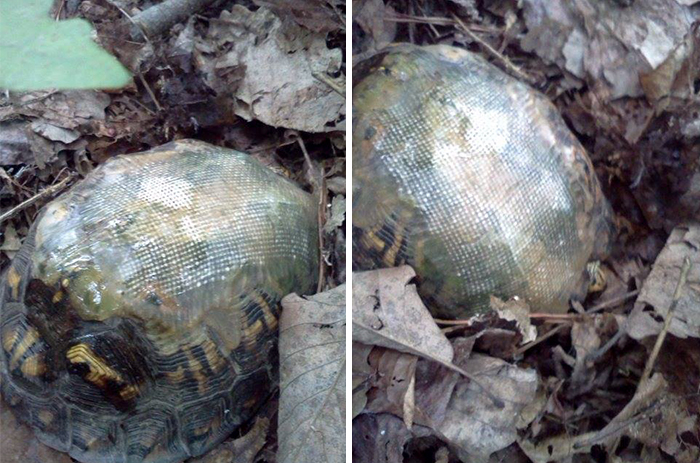 One vet from Hocking Hills Animal Clinic In Ohio was just pleasantly reminded why being a veterinarian is awesome and that choosing this profession was the right choice. As she was walking in the forest, the woman got unexpectedly reunited with an old patient…

The vet posted a photo of a turtle with a peculiar shell and added the following caption: “Several years ago, a client brought me a box turtle that had been hit by a car. I used fiberglass to repair his broken shell and then released him in my woods.”

“Recently, while walking on my hillside, I spotted an odd pattern in the leaves. To my amazement, there was my old patient with the fiberglass still on… years later! Sometimes, being a vet is the best thing there is.”

The vets ask people to be aware that if they see a turtle with a cracked shell, it’s best if they seek their assistance. In this case, it seems that the turtle was fully grown, so it was ok to leave it with the fiberglass. But if the turtle is still growing, it’s best to change its cast and apply a new one from time to time.