Near Redlands, California, a young dog called Mama was dumped in a dry riverbed with only the kindness of strangers to help her survive.

Every day she traveled to a bridge where passersby would occasionally stop to give her food. A woman who drove a water truck regularly left the skinny dog bowls of cereal during the week.

After six months on her own, Mama faded to skin and bones. But no matter how hungry or desperate she was, the little dog wouldn’t let anyone touch her. 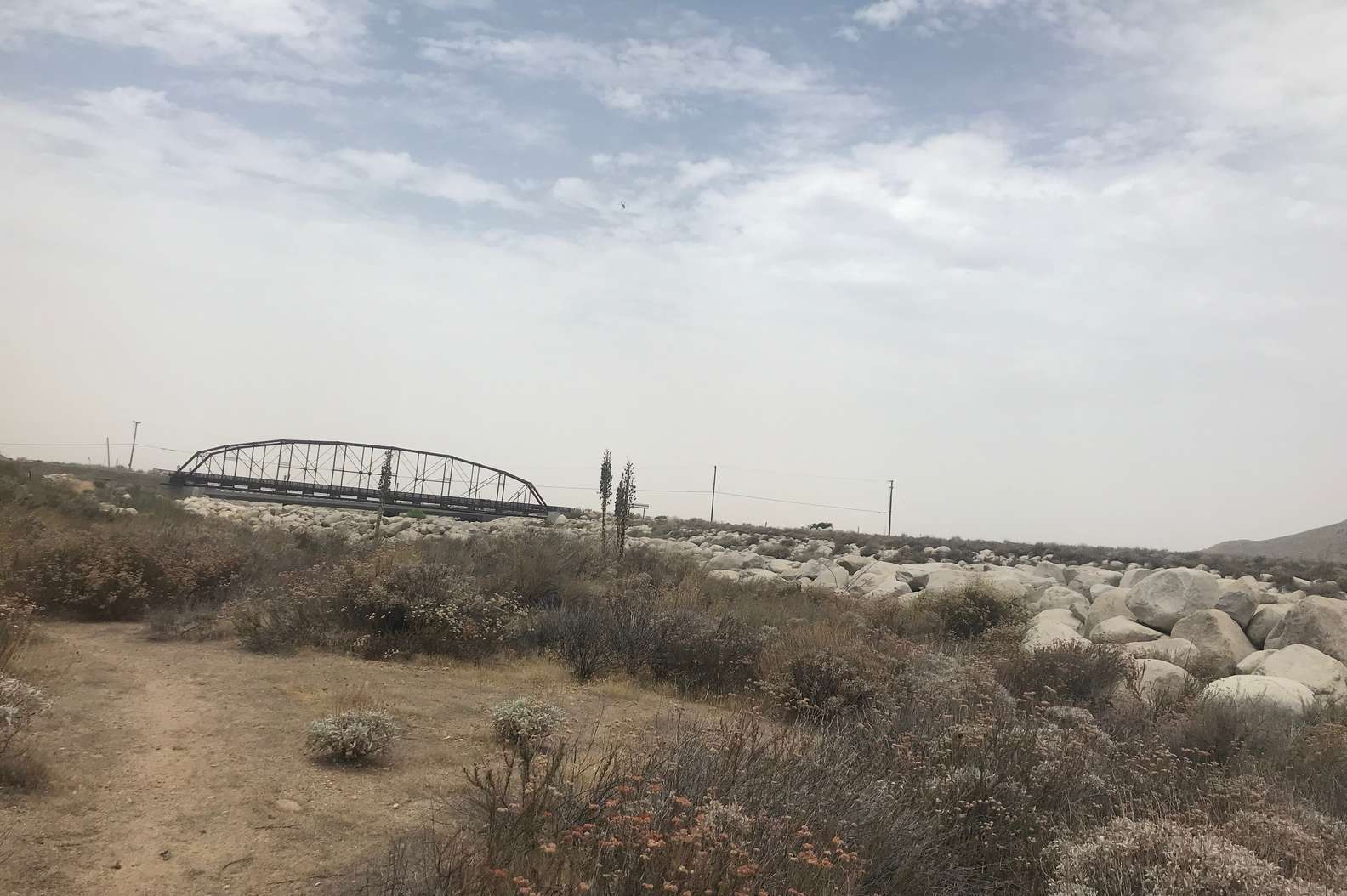 On Monday, a kind person spotted her and posted a plea for help on Facebook, which quickly made its way to Faith Easdale, a local dog rescuer with Dream Fetchers: Project Rescue. Before Easdale could set a trap, two young men who had also seen the post were able to finally catch Mama.

Easdale noticed that Mama looked as though she may have recently given birth, but after no puppies were found during several searches of the area, she thought that she might’ve been mistaken.

Though Mama had avoided people for so long, it was clear that she was relieved to be safe.

“I met … [the men] and put her in a crate. I got her into air-conditioning and took her home,” Easdale told The Dodo. “She just wanted to snuggle in as close as possible for human contact. It was just so heartbreaking to see that.” 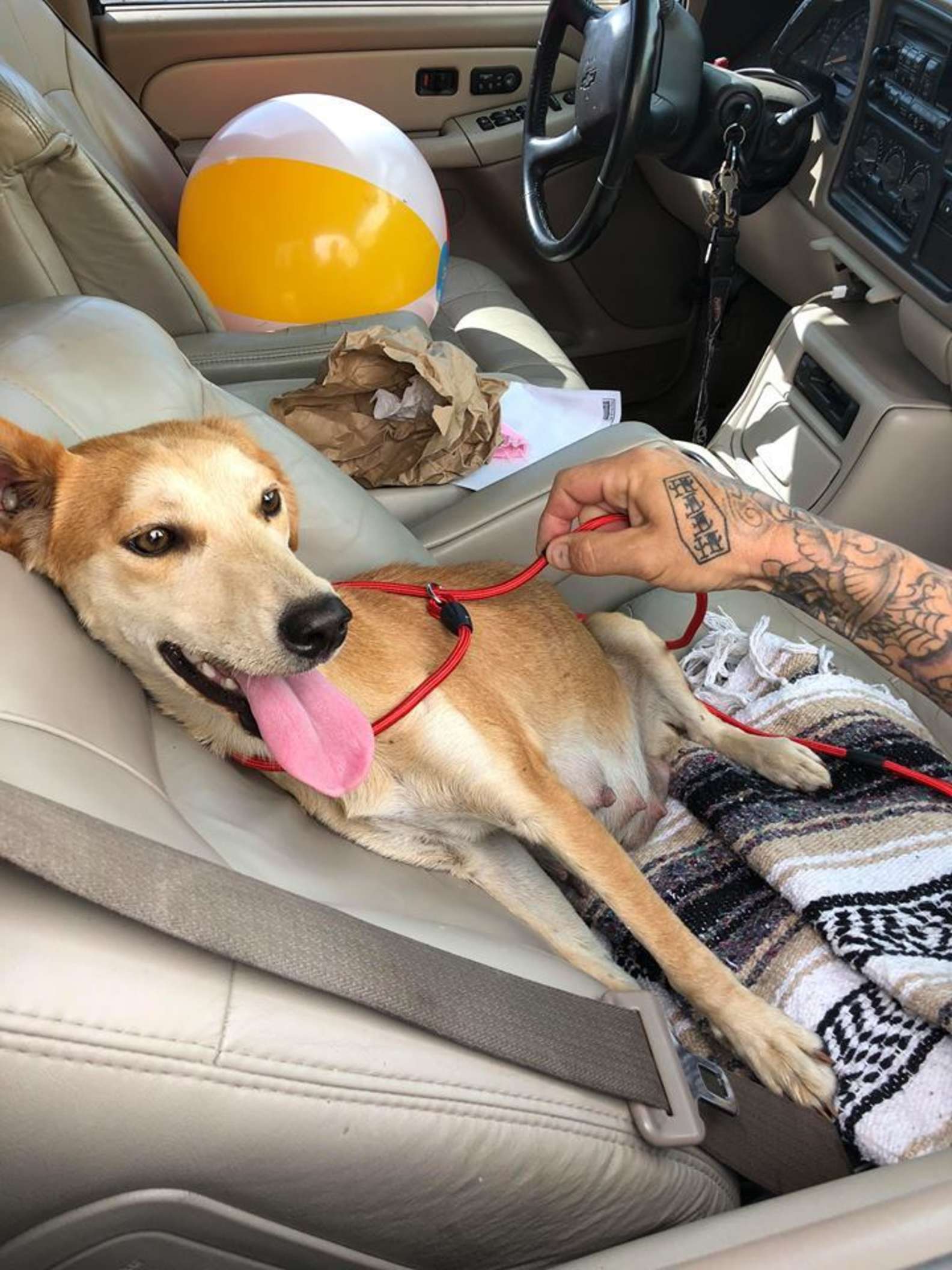 The next morning, Easdale realized that the young dog had a very big secret. “I noticed her nipples and I thought, ‘Uh oh, she has babies down there,’” she said.

The skinny dog had started producing milk, and Easdale knew she had to try and find the hidden babies.

Easdale and a friend returned right to the deserted riverbed and strapped Mama to a long leash. With miles of terrain to canvass and time running out, the dog wouldn’t budge. Easdale realized she would have to get creative if Mama was going to give them any direction.

“At first, she was not going to show us where her babies were, so we sat down and played sounds of puppies crying on YouTube,” Easdale said. “Finally, she looked up at us, got up and led us to her water source. She laid down and drank for a long time, cooled down, and then she looked at me and I said, ‘OK, let’s go girl.’ And she led us all the way to her babies.”

Mama guided her rescuers through well-worn tunnels she had carved into the dense brush, weaving quickly through thickets and thorns. Then, half a mile from the bridge, Easdale spotted four tiny brown puppies — three boys and one girl — nestled deep within the thicket. Mama immediately lay down and nursed her week-old babies.

“They were so quiet and so buried in there that she kept them safe from predators,” Easdale said. “I didn’t know if I was going to come upon little dead puppies, and when they were alive I cried — I just cried.”

It was clear to Easdale that not only was Mama an incredibly resourceful dog, but she was an amazing mother as well. 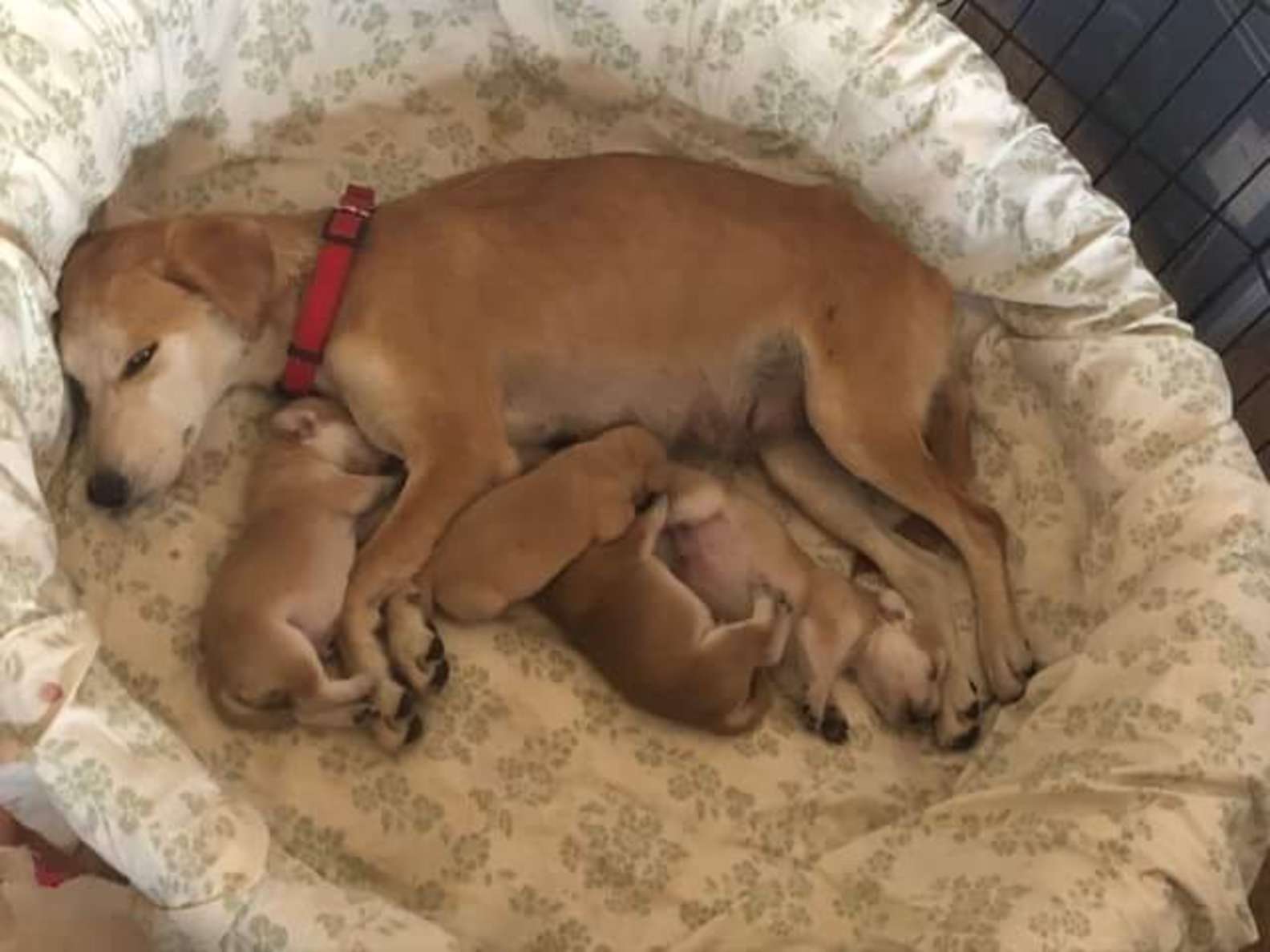 “This little dog, who is only a year old, spent about six months of her life in that riverbed, and she’s a smart dog, because she survived it,” Easdale explained. “Then she had puppies and kept them safe. It’s incredible — the whole thing. I’m just shaking my head still.”

After a few days spent regaining her strength at Easdale’s home, Mama and her puppies were transferred to Lovebugs Rescue.

Though it will take weeks for Mama to fully recover from her life on the riverbed, once she and her babies are healthy, the process of finding a forever home will begin. 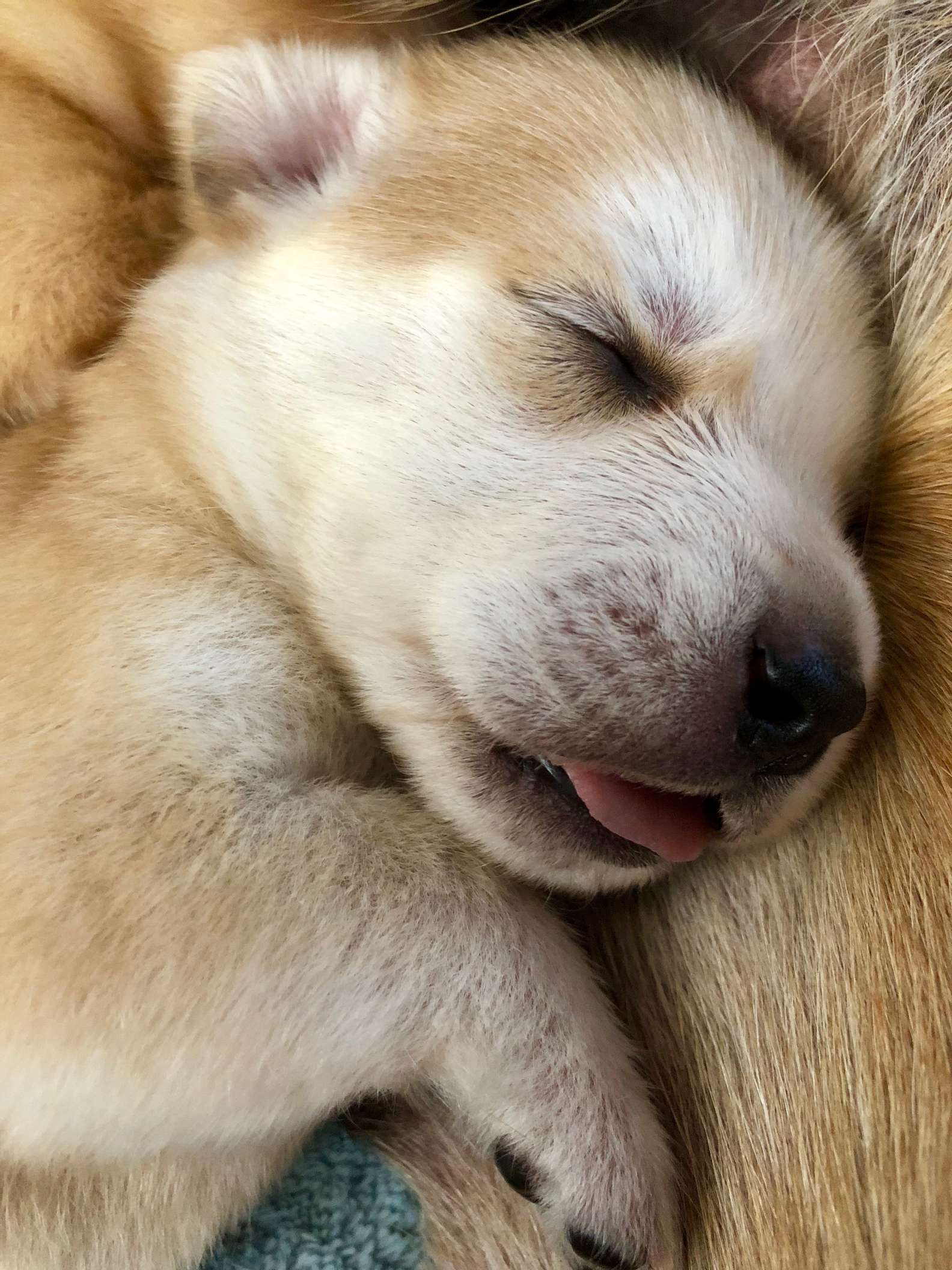 Easdale believes there is no dog more deserving of a life filled with comfort and love than Mama.

“I’m very emotional about this dog,” Easdale said. “This is one of those things where if you believe there’s a God, you believe he allowed us to find her and her babies — just in time, honestly.”