A wild monkey brought her infant to a doctor’s office for help after her baby had gotten injured. Dr. S.M. Ahmed runs a medical clinic in India. When the animals appeared outside of his clinic he noticed that they were both hurt. The mama had a head injury and the baby had a hurt leg.

The doctor signalled to the female monkey to come inside and she listened. With her baby clutching her chest, the monkey came inside and sat down calmly on his counter so that he could treat them. She even showed the doctor the spot on her head that was hurt, according to the India Times. 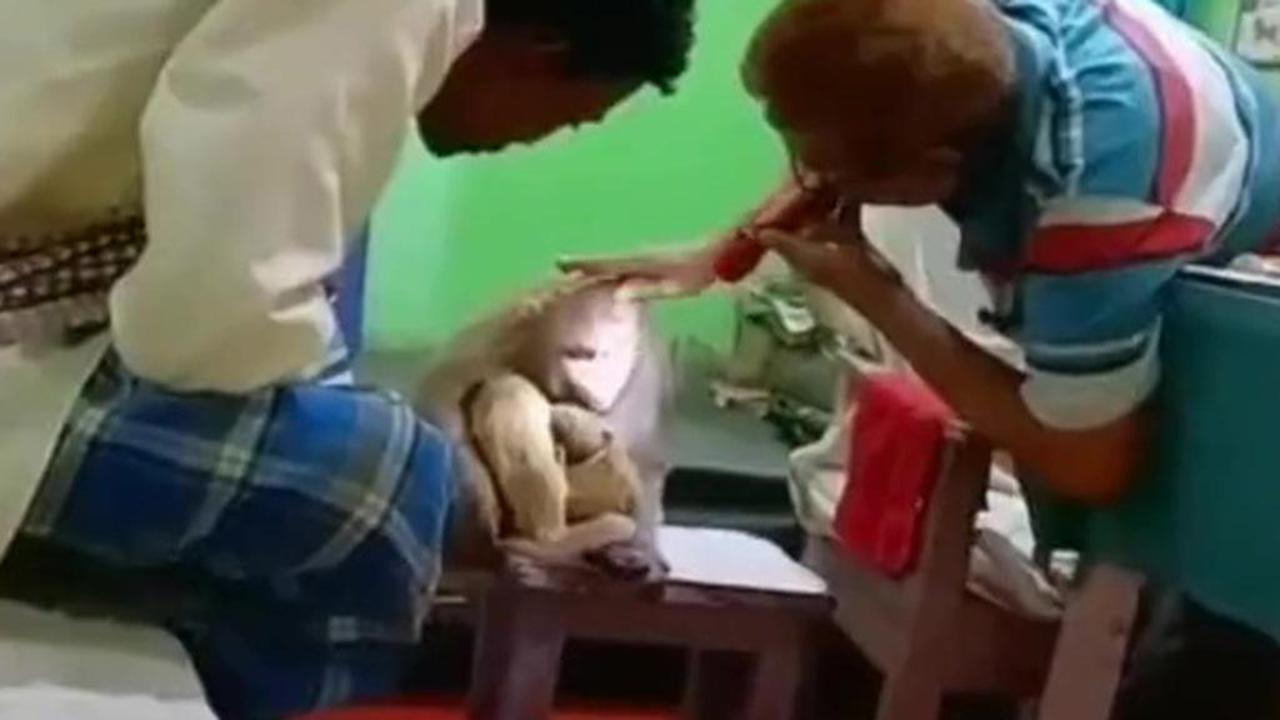 The India Times reported that, “Dr. Ahmed administered tetanus injection and also spread ointment on the wounds of both the monkeys.”

After the doctor finished administering the medical treatment, the mama lay down to rest with her baby, no doubt relieved to have found a safe place to stay for a while.

When she was ready to go, the doctor asked the crowd of onlookers who had gathered to watch to disperse so that she could leave his clinic without incident.