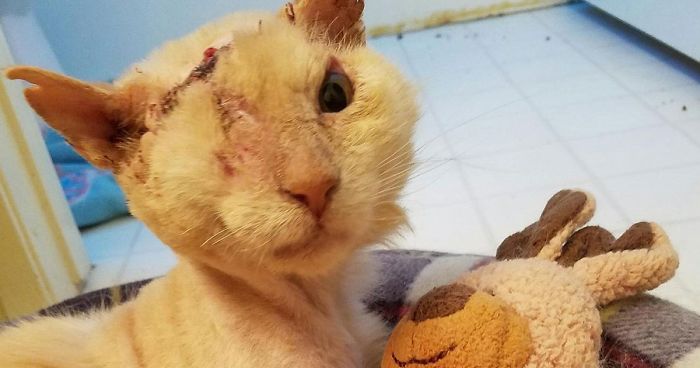 Back in June, some human deliberately poured acid on this adorable cat’s head, causing him to lose his eye. Being an abandoned animal living in the high deserts of California, he just wanted some food, love, and affection. After spending days wandering in agony, one kind woman found the one-eyed cat on her porch and immediately took him to the vet. But his suffering didn’t end there… 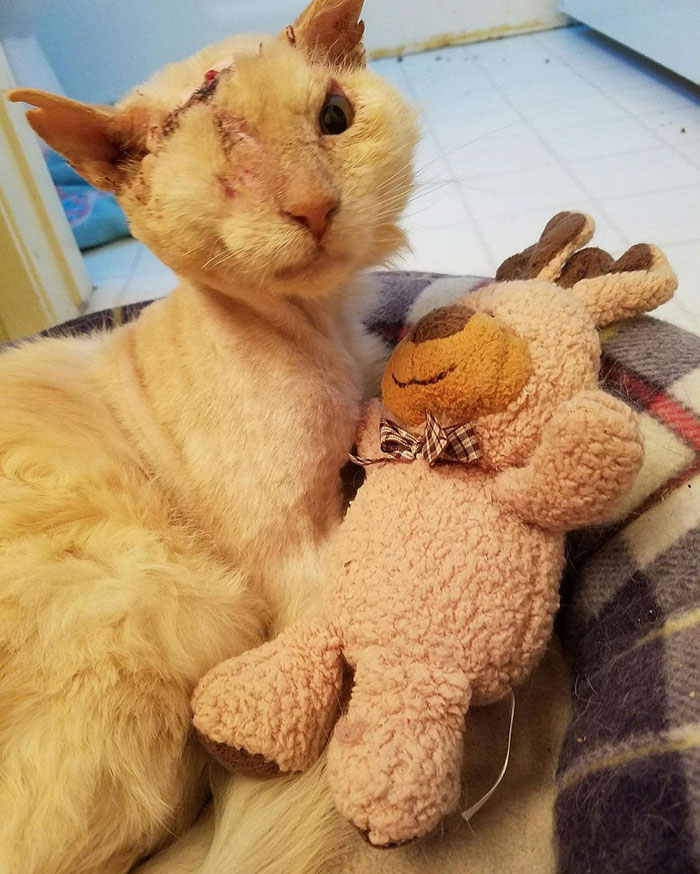 Apparently, the vet didn’t know what he was doing. He just gave the stray cat some antibiotics, tested him for FIV+, and suggested they killed the kitties because of the severe acid burns. That’s when the kind woman contacted Milo’s Sanctuary, a non-profit specializing in giving a second chance at life for cats that have physical disabilities, are seniors, have a terminal illness, or have been abused and need someone to care for, love, and understand them. 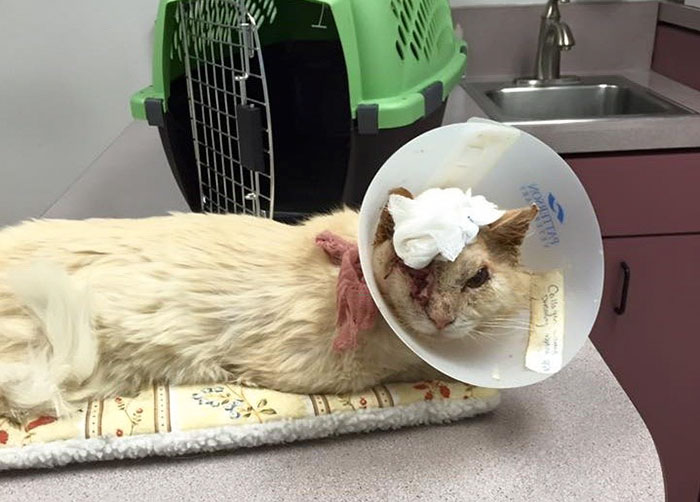 They named him ‘Sir Thomas Trueheart’ and rushed the cute cat to the vet, where he spent over a month on antibiotics, pain medications, and sugar bandages to help the chemical burn wound heal and granulate. He also had skin surgery. 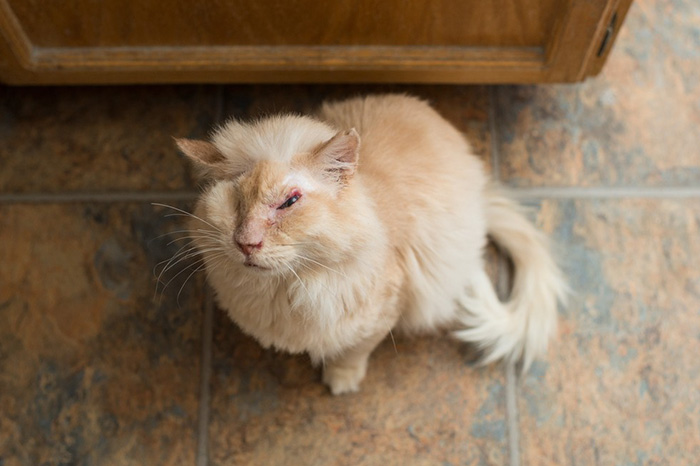 ‘Through it all, Tommy was so brave and purred and kissed the people taking care of him’, Milo’s Sanctuary wrote on their website. Although his friendliness almost cost him his life, he can’t help loving and trusting humans. Now Tommy is at Lifetime Care Foster, and you can sponsor him to support his healing journey. 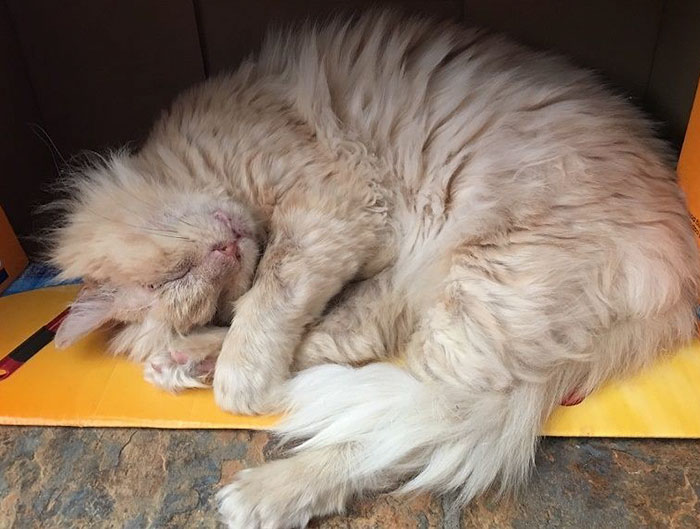