Snakes are cold-blooded creatures, but this snake is cooler than most. Take a look at these pictures to see what we mean. I know, we didn’t believe it either at first, but we promise you that this snake has not been Photoshopped. He really is sporting a pair of sunglasses and a dodgy mustache.

That’s what it looks like anyway, although in truth the animal simply has very distinct markings. Pictures of the trend-setting serpent were recently shared on the Texas State Parks Twitter page after being snapped by Karlie Gray. The snake is apparently a Western rat snake, a non-venomous species of snake found in central North America, but while he might not be harmful to humans, he’s definitely killing the hipster look. 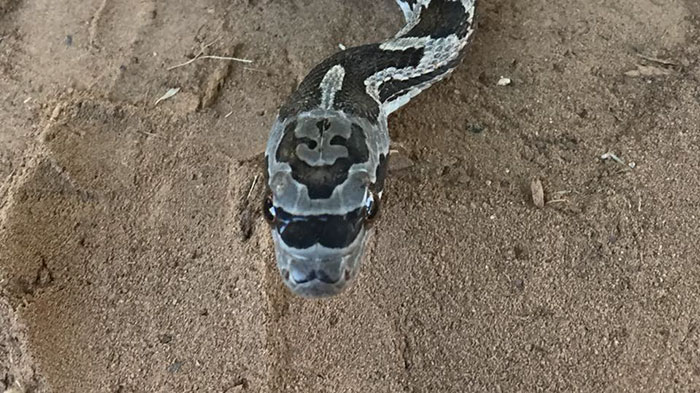