Around 5 years ago, Alexandra Green, a 21-year-old student at the University of Sydney, created a test to prove that cows possess impressive cognitive abilities. The student found out that dairy cows can follow sound through a maze to find food, meaning that these farm animals have good decision-making abilities.

Who are we to disagree? If anything, dairy cows have proved to us time and time again that they’re far more intelligent than we give them credit for. They remember things for a long time. They interact in socially complex ways just like we, humans, do. They develop friendships and even hold grudges against cows that treated them badly. 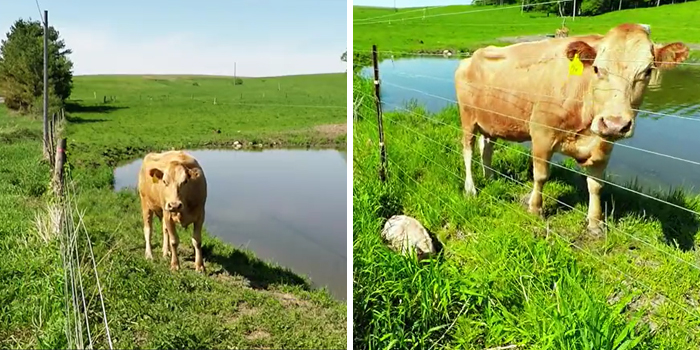 Nonetheless, it’s still amazing to see how this lovely farm animal communicates to humans to get her message across. This video that went viral back in 2018 perfectly illustrates this amazing ability of theirs. When one cow’s newborn found itself stuck under an electric fence, the mother cow let the human know immediately that they needed help.

On one beautiful sunny day in Millbrook, Ontario, a man passed by a farm and decided to take some photos of the cattle in the green meadows. The place seemed perfect for cows, as it also had a big pond where they could quench their thirst or cool down on a hot afternoon.

However, when the man named Dave came closer to one of the cows, he realized something wasn’t right. The cow looked directly at the man as she scratched the ground with her hoof. Her gaze went from looking at the man to looking back at the fence. The man was perplexed, and it took him a while to realize that the cow was actually asking for help. 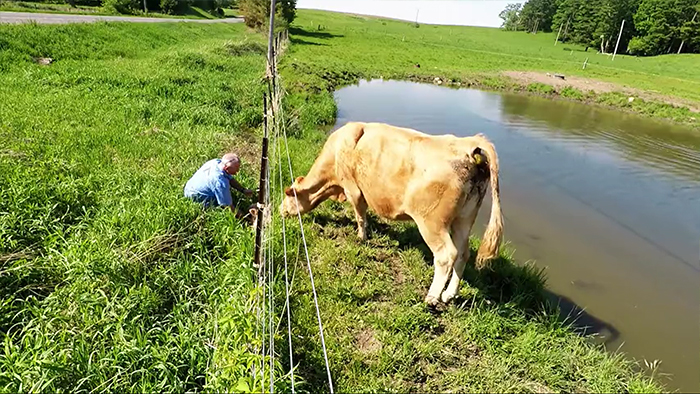 The cow paced back and forth and mooed at Dave. It was apparent that she was doing everything she could to grab the man’s attention. When other cows started assembling around Flo, it finally struck Dave that the cow was trying to call him.

Dave finally noticed what Flo was beckoning to—he saw a newborn calf stuck on the other side of the fence. The baby still had its umbilical cord attached and looked dry. Fast decision making was crucial.

Dave knew he had to get the calf across to the other side of the fence, but was nervous that Flo might hurt him if he touched her newborn. He still took a course of action and started pushing the calf through the fence. To his surprise, Flo was remarkably calm and didn’t let out a single moo—it was as if she understood perfectly that the man was trying to help. 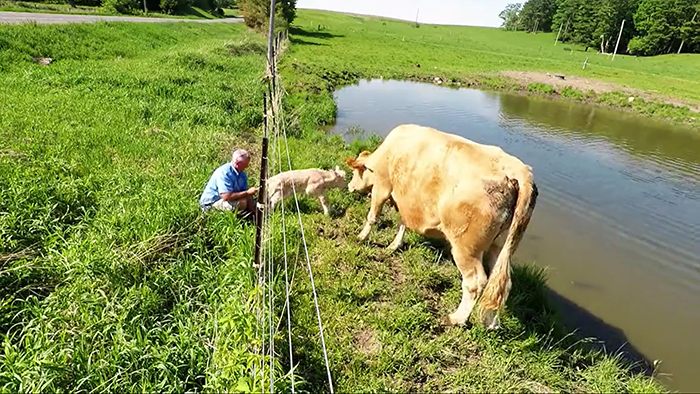 Even though the fence was powered with electricity, luckily, it was on the lowest setting. It did shock the man and the calf a couple of times in the process, but neither was hurt. Flo was finally reunited with her handsome pink-nosed calf.

After the rescue mission, Dave went inside the farm and met its owners. He also got to meet Flo and her calf once again. Remarkably, the pair approached Dave calmly and locked their eyes on him for a while. It seemed that the mother and baby wanted to thank the man for helping them. 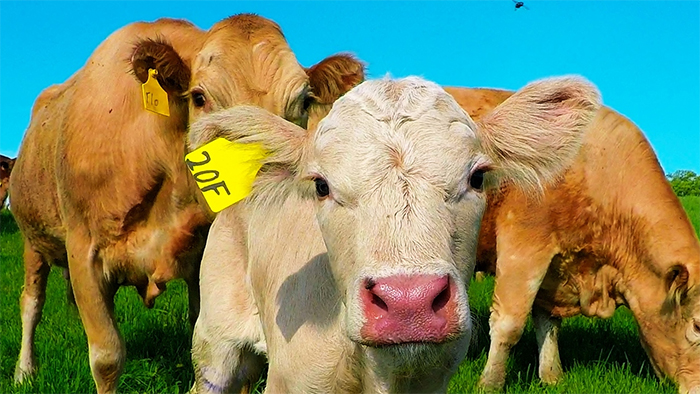