On May 25th, some people, who were casually strolling around the park in Chillicothe, Ohio, found a locked wire cage with a beautiful white dog inside. But as if that weren’t enough, what they discovered after approaching the puppy was even more shocking – she was covered in hand-scrawled messages that were written all over her white fur in black permanent marker.

One side of her body read “FREE”, and the other said “I am a gift from God”. “Good home only” was written on her forehead. The people who found her didn’t wait long to call the police, and soon she was taken in by Ross County Humane Society who renamed her Marvella (a refference to the French word “merveille” which means “miracle”). They took responsibility to take care of the poor puppy and find her a new, loving home. 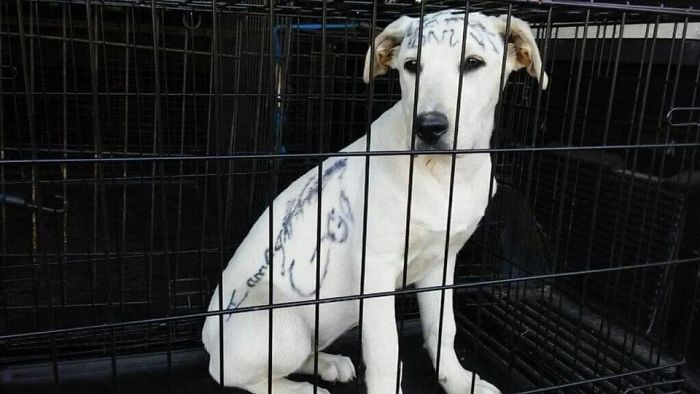 “Marvella was given a bath to remove as much of the permanent marker as possible, and spent the day in the office with the shelter staff getting lots of treats and attention,” wrote Ross County Humane Society in a Facebook post. “She has received her first round of vaccines and will be available for adoption later this week.” 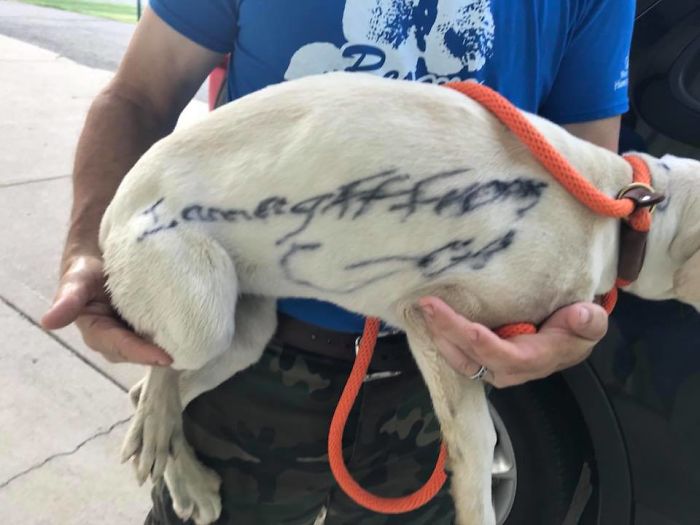 Although the pup was really shy at first, she quickly brightened up and started to communicate with other dogs and the shelter staff. Since the story completely thrilled the internet, Marvella received tons of applications from her potential future families. A few days ago, Brittany May, one of the staff members of Ross County Humane Society, updated her Facebook post saying that Marvella has finally been adopted by a beautiful local family. “While this certainly isn’t the worst case we’ve ever seen and are thankful that Marvella was otherwise healthy, we hope that this serves as a reminder that there are always other options before abandonment,” writes May. “Marvella’s story is a happy one but thousands of other dogs across the county don’t have such a happy ending.” 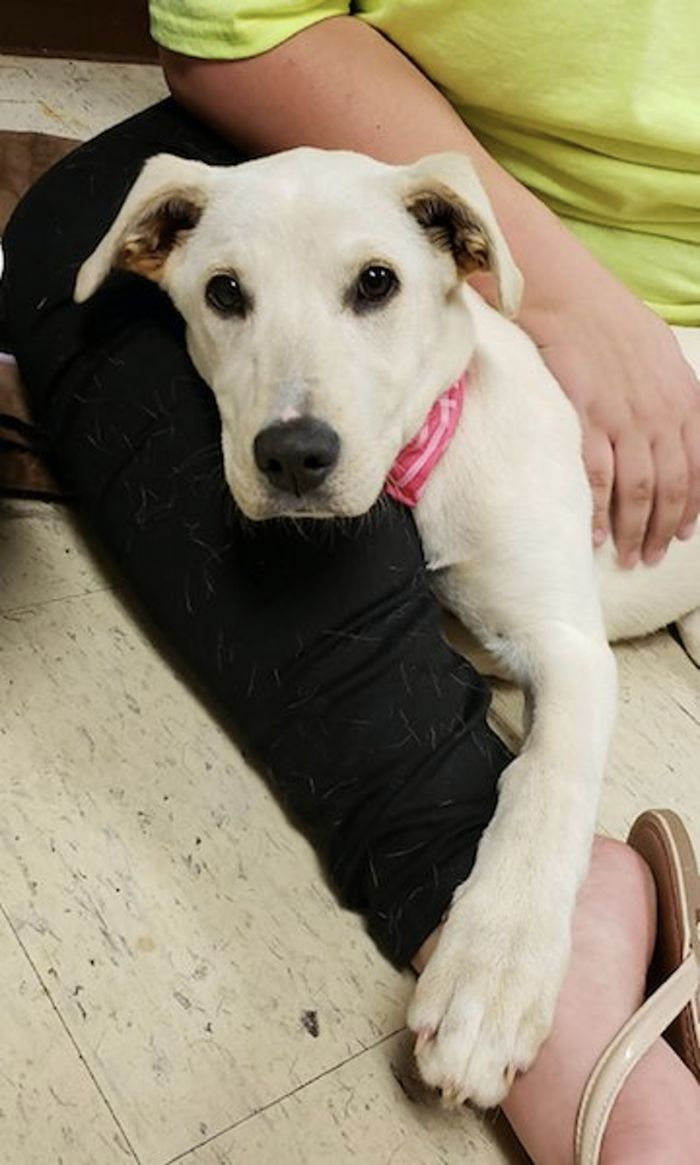