This sick dog was found by Indian organization Animal Aid Unlimited. It was suffering from mange, and clearly had had no human contact in a long time. They brought him to their shelter and tried to interest him in some food. 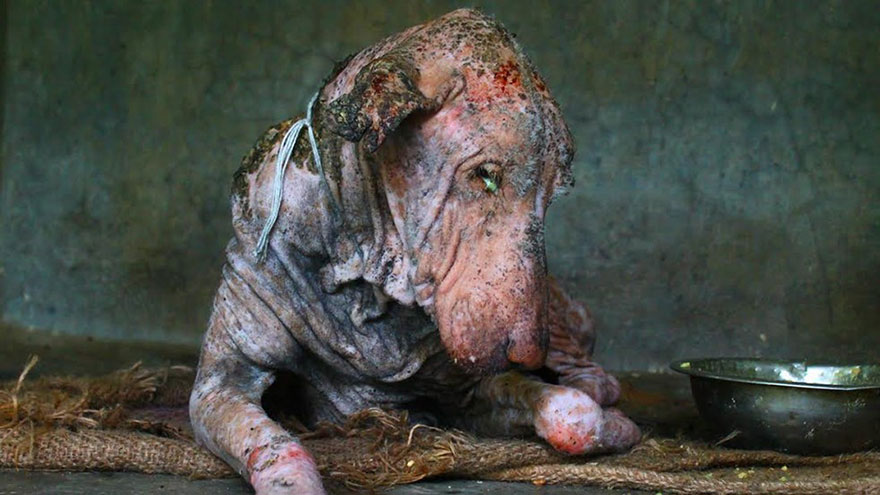 “He was so exhausted and inward.”

Animal Aid Unlimited hooked the dog up to an IV and treated his infections, and within ten days, his skin was healed. But the real transformation took place in the following weeks. When we finally see the dog again, two months later, he’s happy and fully healed! 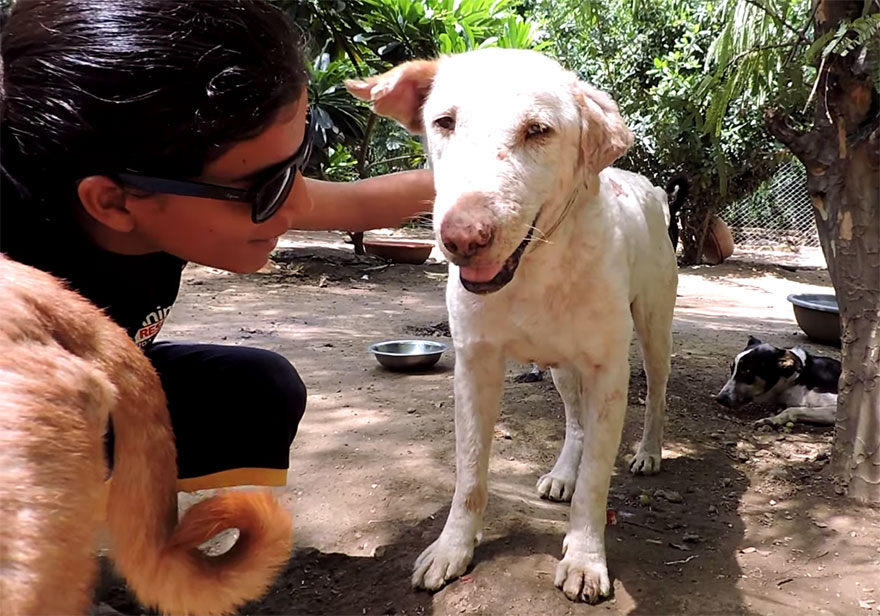