A woman was walking home in the West Roxbury neighborhood of Boston, Massachusetts, when she saw something hidden in the bushes.

As she approached to get a better look, she saw that the object was a black, zip-up roller backpack.

It seemed odd that such a nice bag would be left alone, half-concealed, where anyone might pick it up. Curious, the woman got closer to the bag — and that’s when she saw it wiggle. 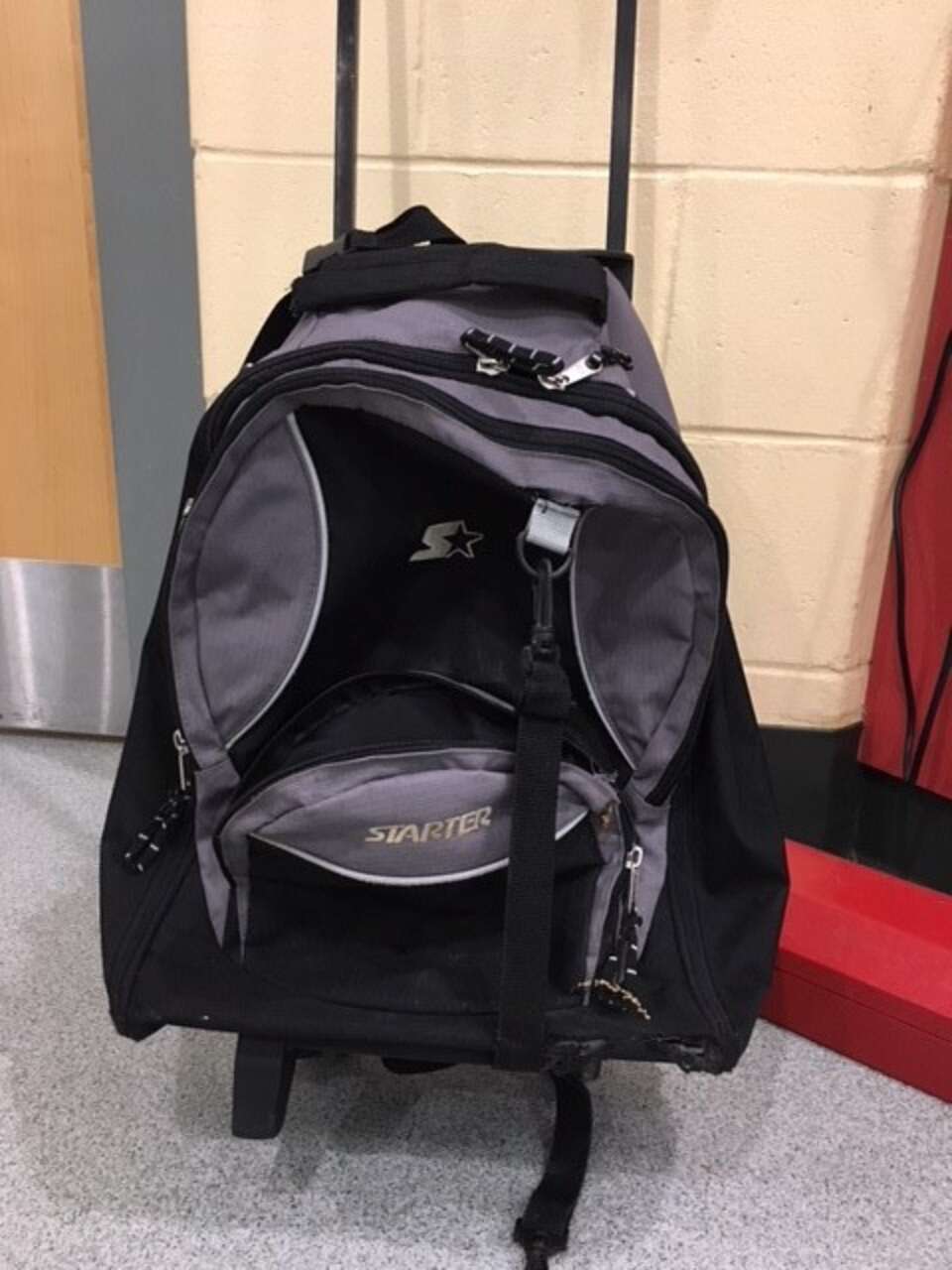 It quickly became clear that this wasn’t an ordinary piece of luggage — something or someone was trapped inside.

The woman unzipped the backpack and a frightened chocolate Pomeranian peered out at her. Unsure how long the dog had been on her own, the Good Samaritan raced the trembling animal to MSPCA-Angell, a nonprofit animal rescue organization in Boston.

“She was very cold. Her temperature was down 4 degrees [from where it should be], and she needed to be warmed with a heating blanket,” Rob Halpin, director of public relations for MSPCA-Angell, told The Dodo. “There was a thin coat of pollen on the bag which makes us think that she was in the bag for at least a night and a day — and potentially more than that.”

The little dog had no collar to identify her, so shelter staff scanned her for a microchip. While the scan was positive, it offered no further information on the abandoned dog’s owners. 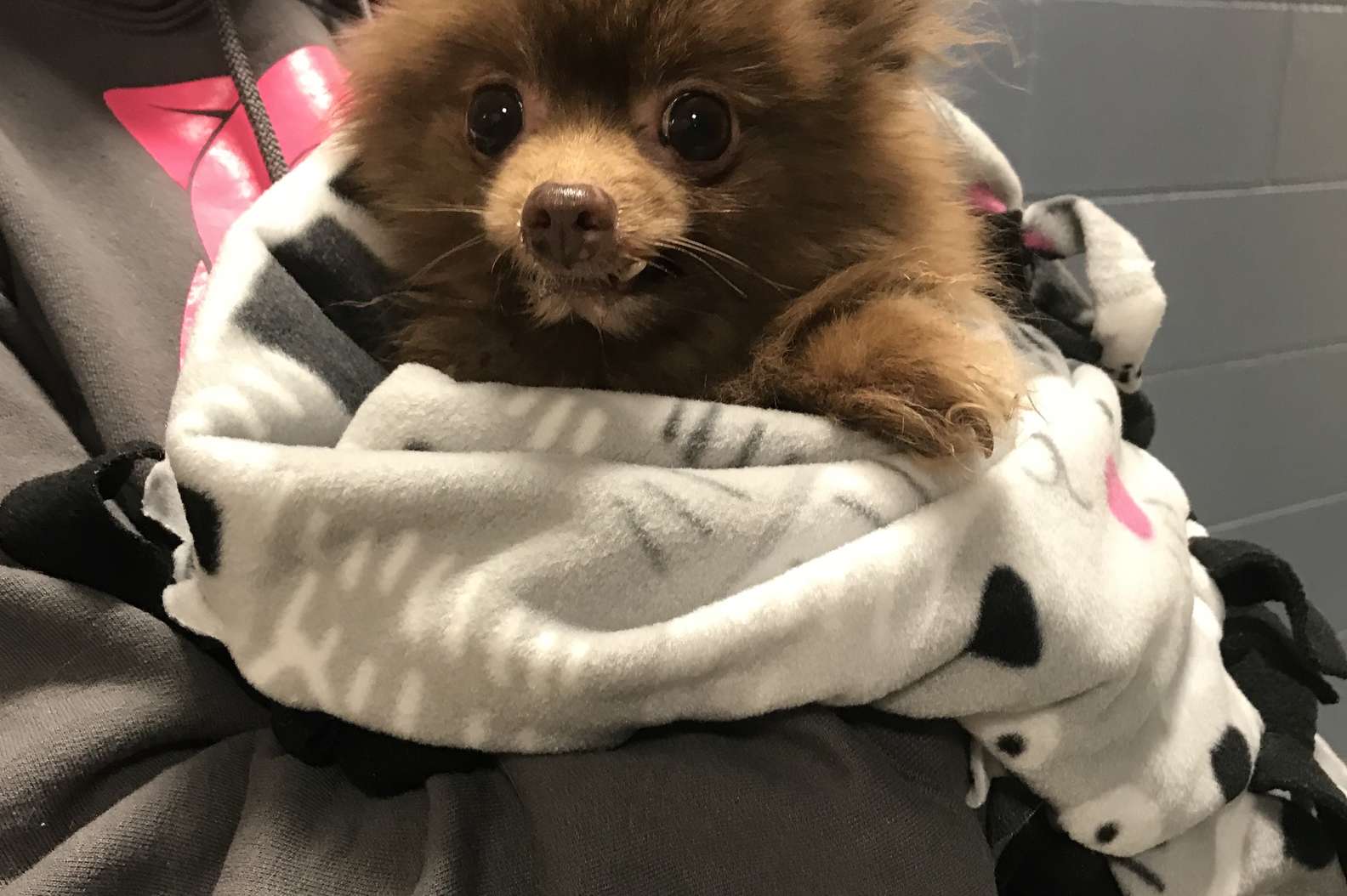 “The microchip was registered to the Missouri Pet Breeders Association nine years ago — which is how we know her age,” Halpin said. “However, the chip was never updated with the owner’s information.”

Since the little dog had no name or home, rescue workers named her Jan, after JanSport, the brand of bag in which she was found. And as word of her strange rescue spread throughout the organization, Jan soon became the most popular dog at the MSPCA.

No one could understand why such an adorable little dog would be left for dead under a bush. And a veterinary exam revealed that, other than age-related dental issues and minor hearing loss, Jan was surprisingly healthy.

“She’s really a sweet little pup,” Halpin said. “Usually when you come across animals who have been abandoned in such a way, it’s because there’s an obvious injury or illness … and this is just a total head-scratcher.”

Jan seemed to get along with everyone she met at the shelter, displaying her easygoing nature around other dogs, cats and small children. MSPCA adoption workers knew that the special senior had quite a few people interested in adopting her, but wanted to be sure that Jan’s next home would be a perfect match. 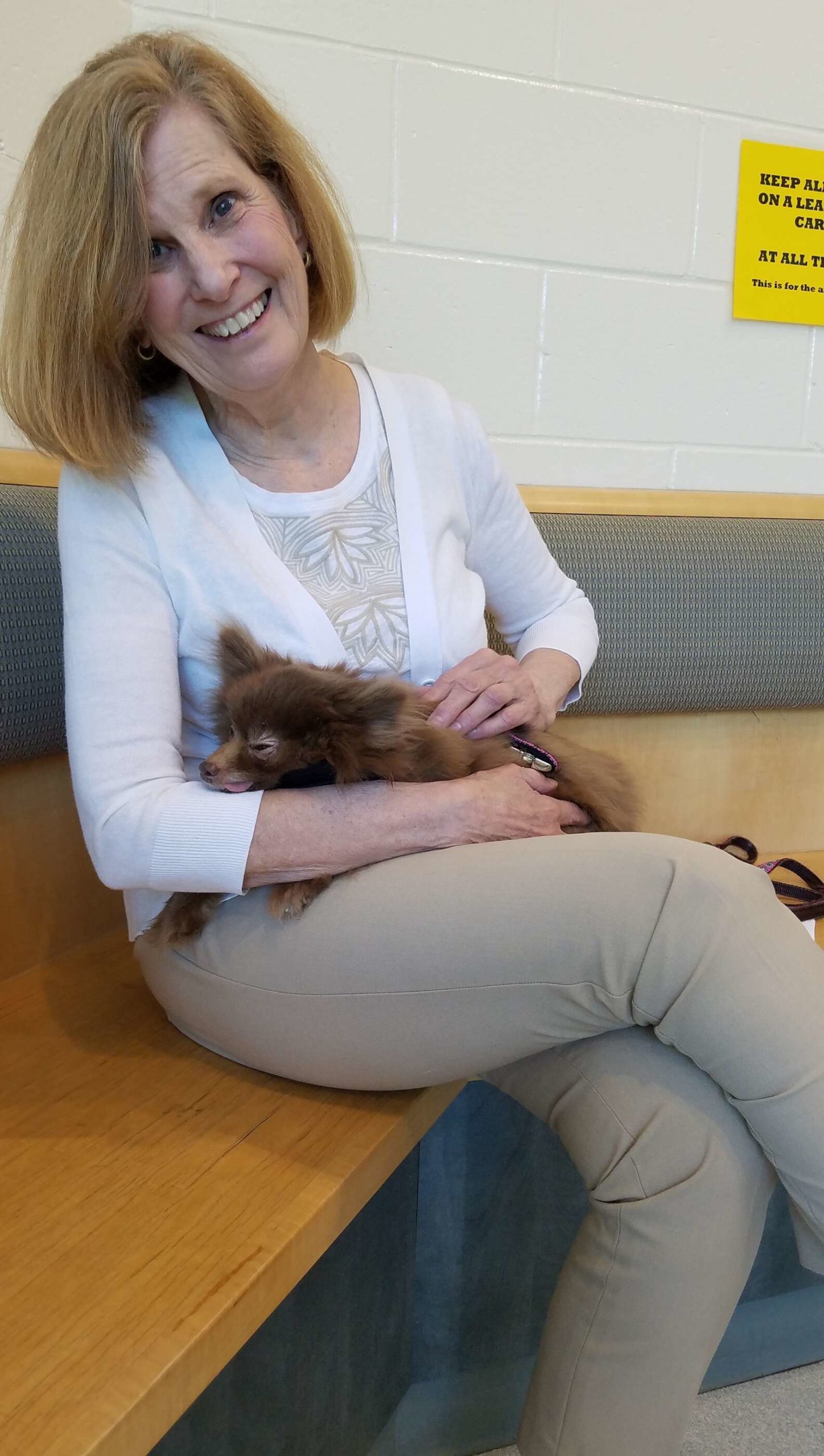 “She’s very loving, and I know that can be a word that’s often tossed out there, but what I mean more specifically is that she loves being near to you,” Halpin explained. “She’s just perfectly content to be in your arms, loves to be held. She’s kind of like a greyhound in that she likes to lean into you.”

When the mother of one adoption center worker visited Jan, it became clear that she was the perfect person to meet the loving little dog’s needs.

Judy Armour, a retired art teacher who lives in Bridgewater, Massachusetts, has plenty of time to spend with the affectionate pup — and Jan couldn’t be happier to have a home.

Jan gives her new mom plenty of cuddles throughout the day and knows she’ll never be alone again.