Jordan is a sweet cat with an odd interest that lives in Altoona, Pennsylvania, with his mother Bj Ross (United States). He’s been bringing Ross presents every time he goes out exploring at night for a few years now.

Ross began to notice a huge number of shoes in his yard, which he used to toss away until he realized they were gifts from his cat, at which point he formed a Facebook group in the hopes of reuniting the shoes with their owners. Jordan became renowned as a result of this, and today everyone likes reading about his escapades.

We’ve probably had around 80 pairs of shoes. Baseball gloves are also available. Pads for the knees and elbows. Toys with a squeaky sound. And don’t forget your swimming suit!
A woman finds that her cat has been stealing shoes throughout the neighborhood. 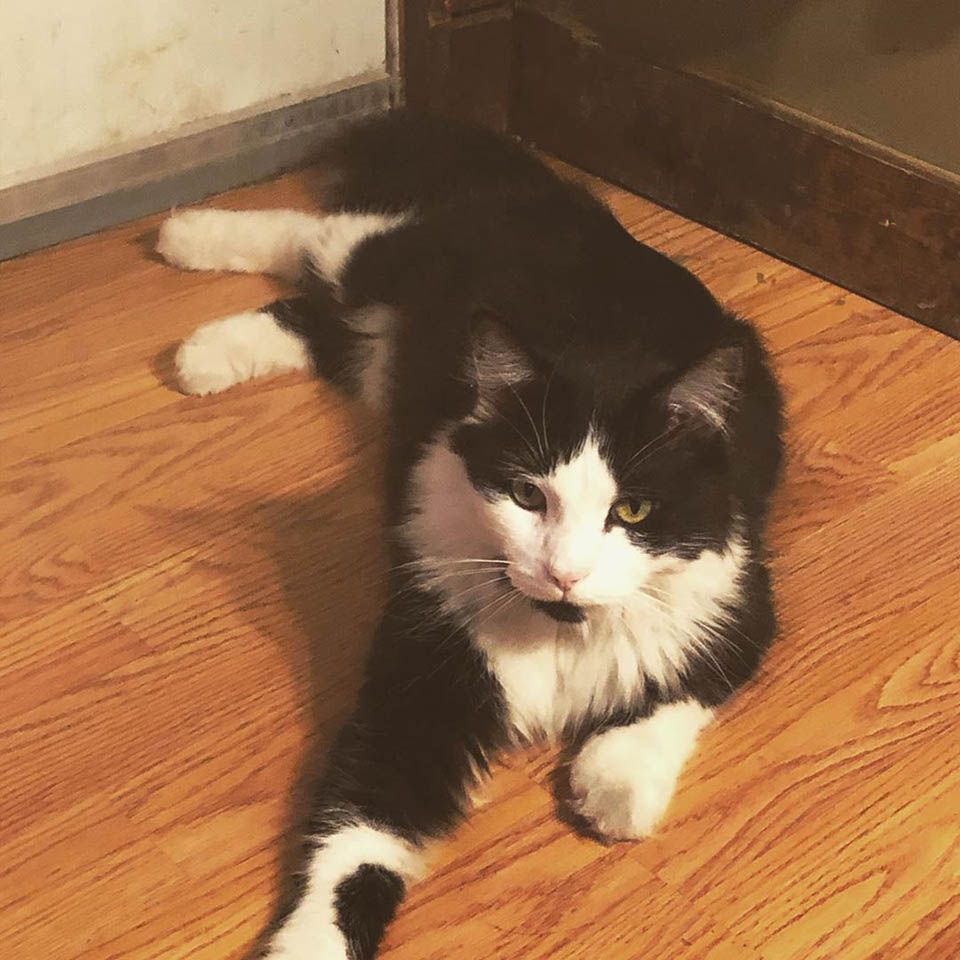 His mother got him a GPS and a camera in the garden to observe him in order to learn more about Jordan’s night excursions. He has a video of his pet returning home with his prize in his mouth as a result of this.

Jordan does not appear to be remorseful for his actions, and he appears to relish looking at the array of shoes that he has managed to bring home as a gift for his mother. 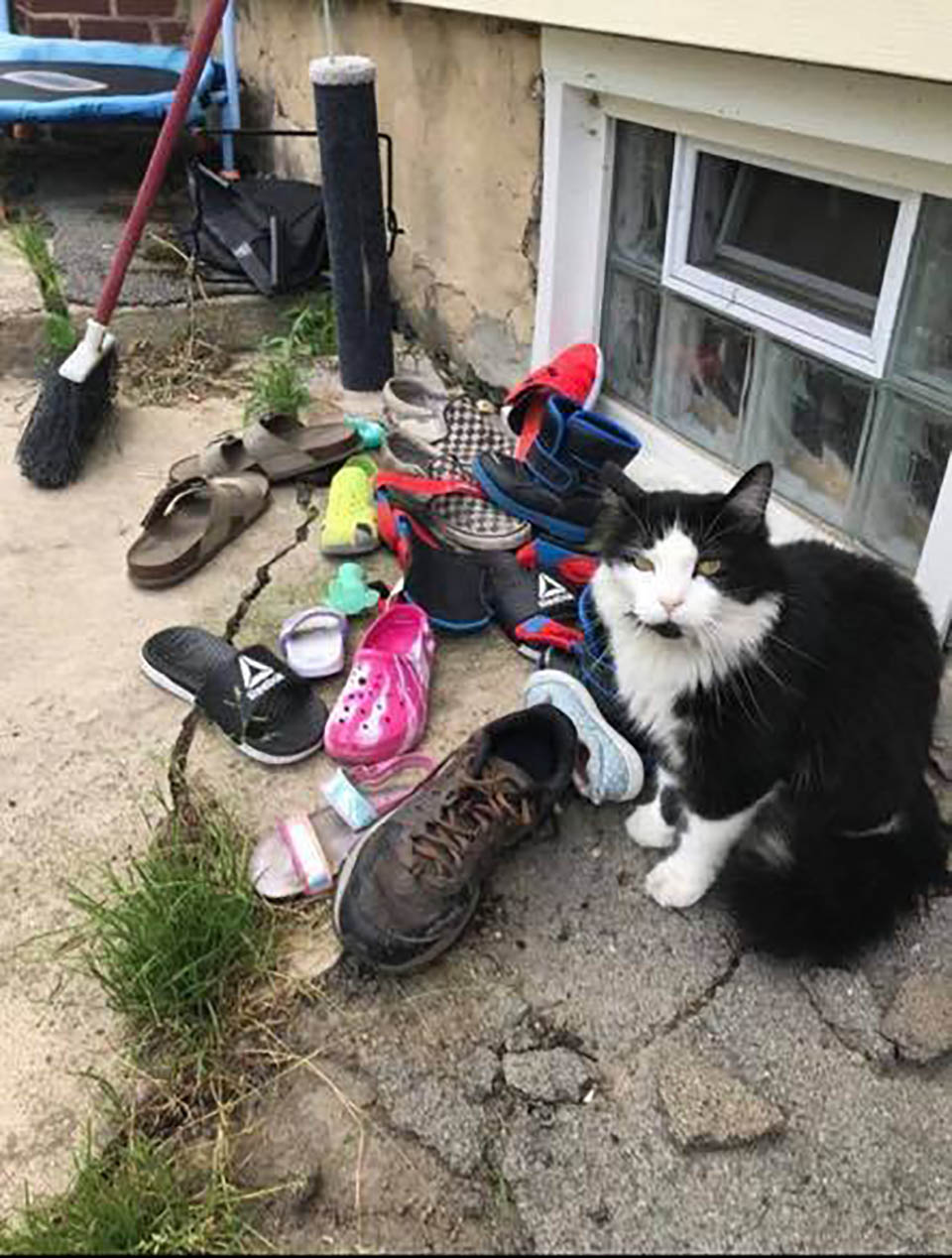 Jordan appears to like bringing full pairs of shoes to his mother, and his GPS reveals that he goes 7-8 kilometers every night, often doing multiple runs because he can only take one shoe at a time.

Ross frequently uploads photos of the objects his cat brings home each night to the Facebook page in the hopes that someone would identify them and help him reclaim them. 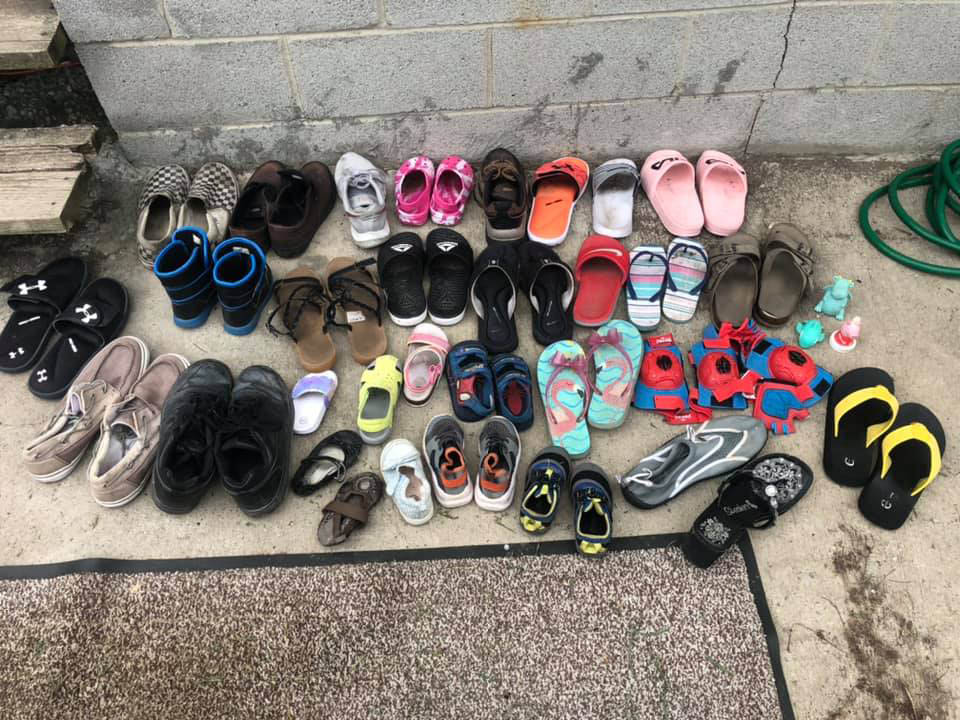 “We have found an owner so far. He took about six pairs of her shoes! I couldn’t believe it was a cat. He thought his children had lost them. 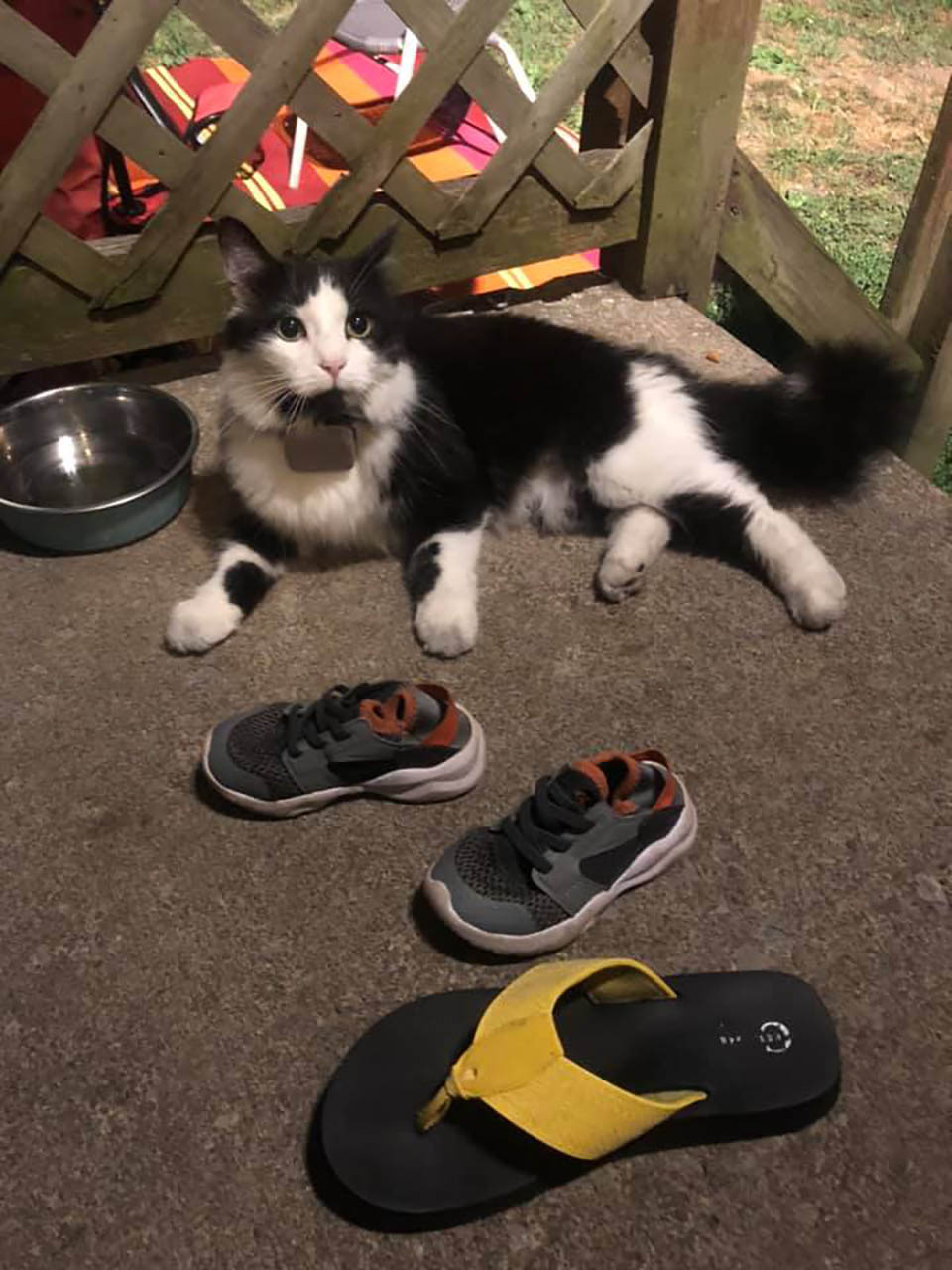 For now everyone is enjoying the posts of the articles that this bold feline often takes from other people’s homes. Now his neighbors know that if his shoes disappear, Jordan is likely to have something to do with it. 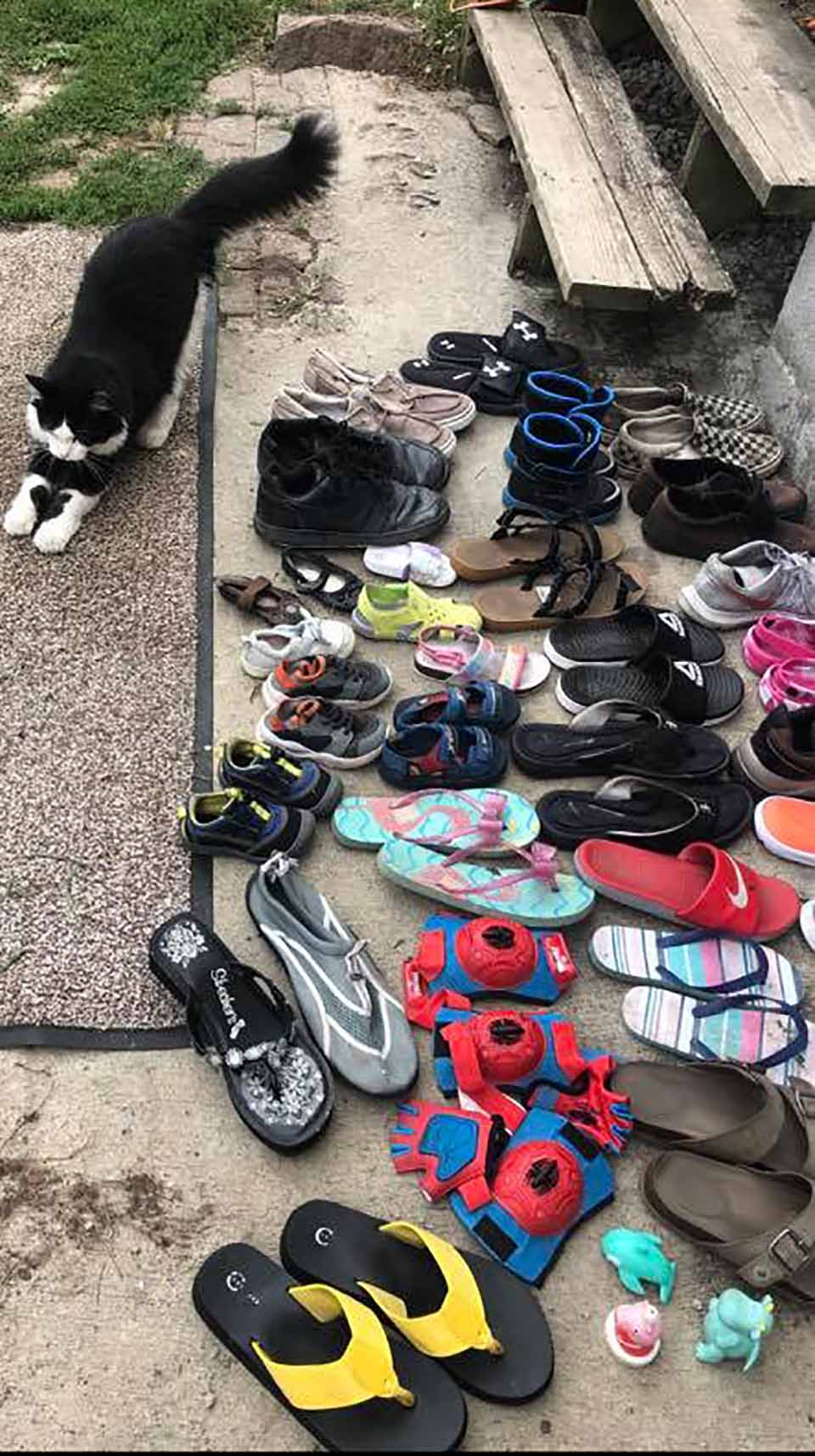 Although it seems that Jordan has an accomplice; his brother Mistletoe. As we see in the video.

If you want to know a little about this agile cat and his particular thefts, you can visit his account on Instagram .