Wildlife photographers regularly brave the wilderness and all kinds of weather conditions to capture amazing picture of animals. They usually don’t brave miles of cold, sticky mud to save animals. But that’s exactly what Krzysztof Chomicz, a Polish photographer, did when he spotted a large bird of prey stuck in the mud far from shore. And the entire rescue was captured by a drone on video.

Chomicz was taking photographs near the marshlands of Swinoujscie, a city in north-west Poland, when he and some other photographers spotted the giant bird submerged in the oily mud during low tide. The bird was stuck and exhausted from his efforts to try and escape his muddy trap.

Chomicz knew that the bird would drown if someone didn’t come to his rescue quickly. So he began to crawl out to the bird to save him while a drone flew above.

In the video, Chomicz tied a rope around his waist, while a friend remained on solid land, in order to pull him back to safety.

Eventually, Chomicz reaches the bird, and began the herculean effort to drag the bird back to shore. 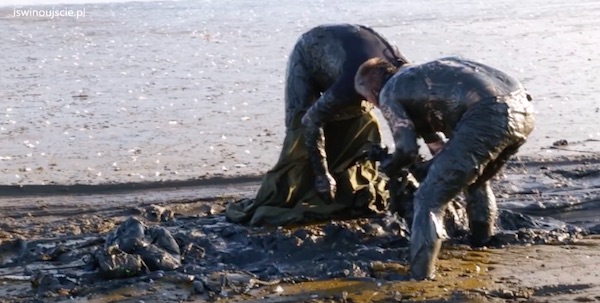 It must have taken a lot of strength and stamina to carry the bird back to solid land!

Once they reached land, Chomicz put the beleaguered bird into a sack and brought him to an animal shelter.

There, the bird was hosed off and revealed a beautiful young eagle under all the mud. It was only around 6 months old and identified as a white-tailed eagle. 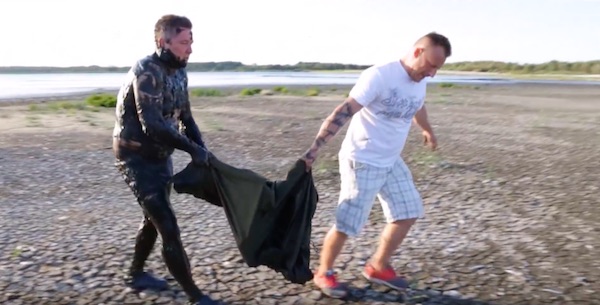 The animal shelter named the eagle ‘Icarus’ after the character from Greek mythology.

Thanks to the amazing efforts of Chomicz and his friends, Icarus has a second chance to fly in the skies again! 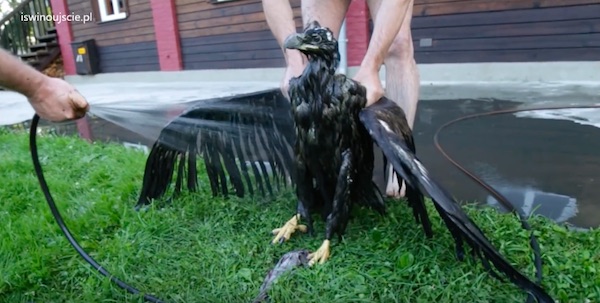