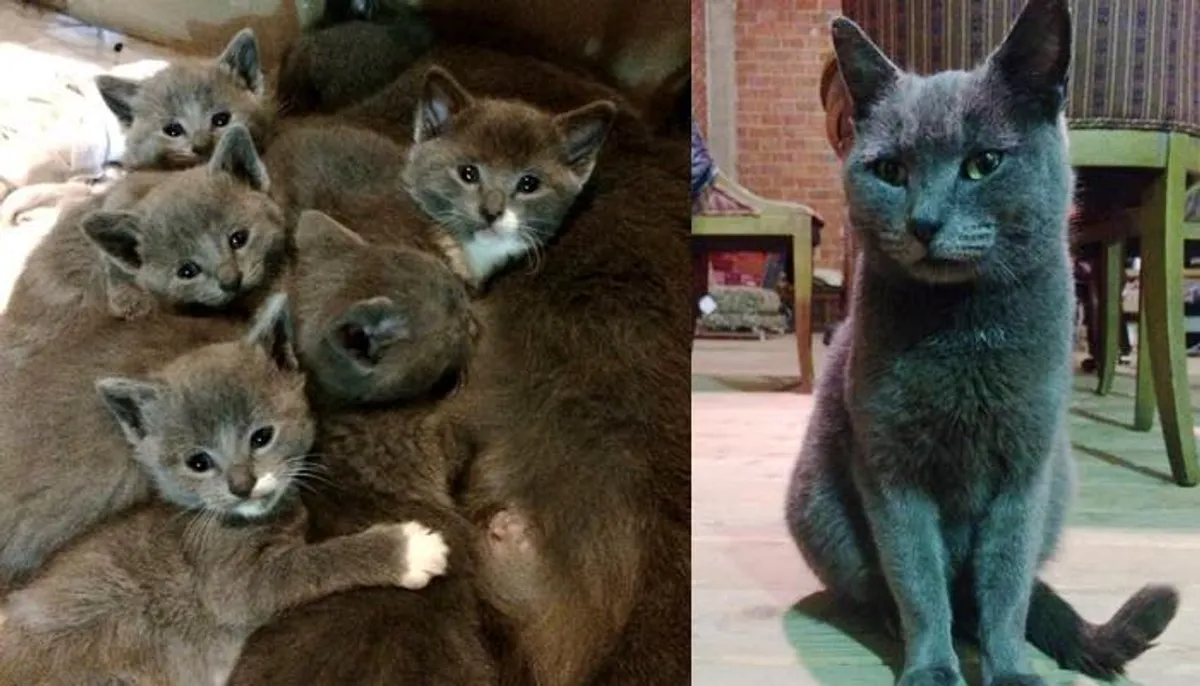 When the weather turned cold, they welcomed a gorgeous grey cat into their home.

Three weeks later, she presented them with the most beautiful gift. 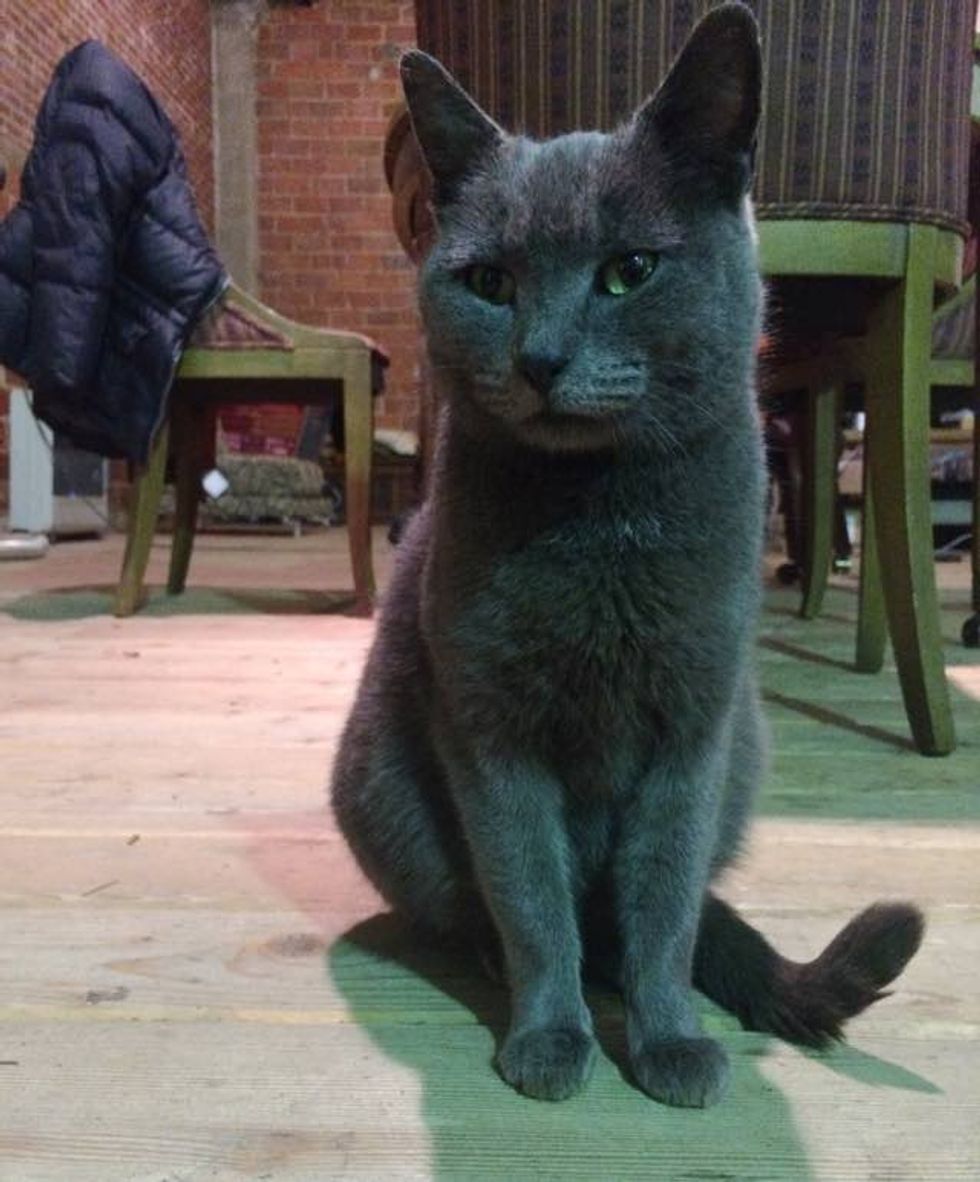 During the terrible weather, a stray cat was prowling around the neighborhood. “She was so thin and missing teeth the night we allowed her in,” stated reddit user treebeards friend.

Tiny Cat was her name since she was so small and frail. Her stomach grew rounder by the day…

They initially assumed she was simply becoming healthier and gaining weight, but they quickly learned the stray feline had brought a surprise.

Tiny Cat cries out for attention. 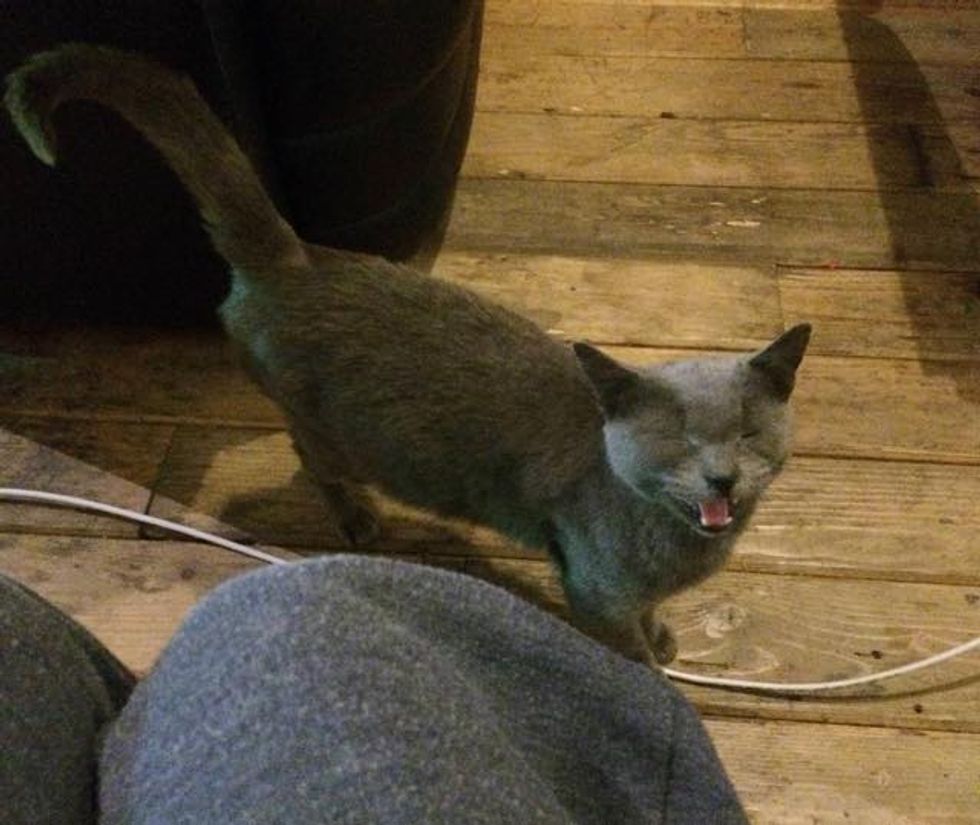 Her belly was ready to pop. 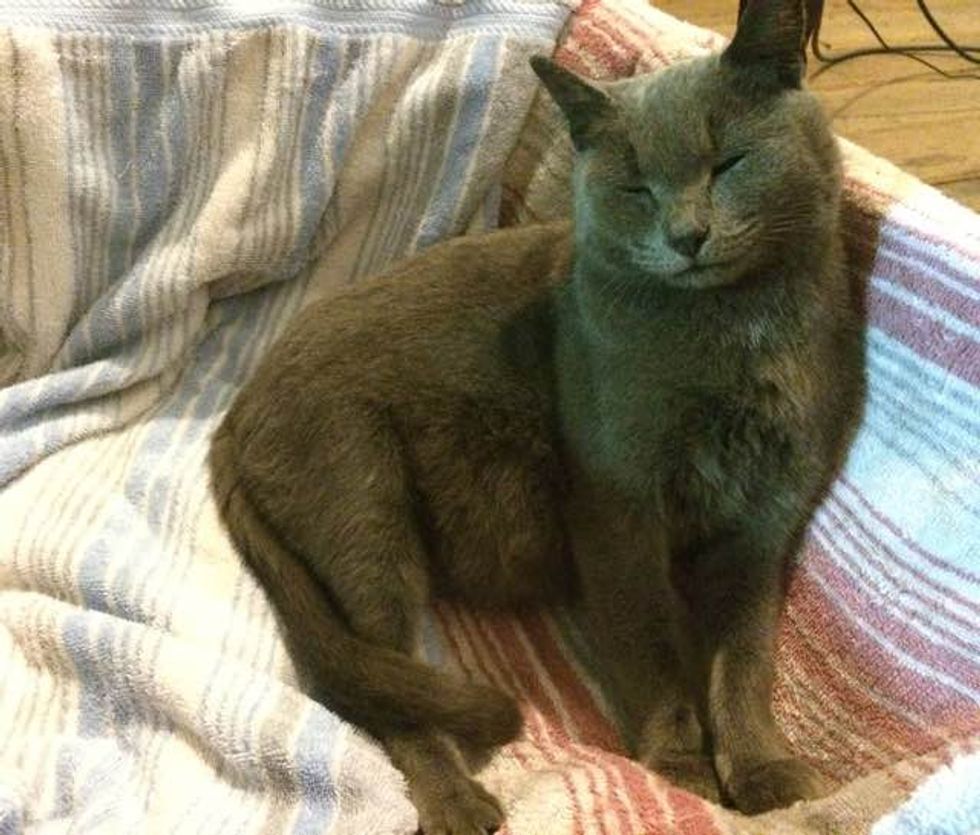 She brought into this world five small grey furballs. They are miniature versions of their mother.

Tiny was pregnant when she arrived at the family, hoping for a safe haven for her offspring. 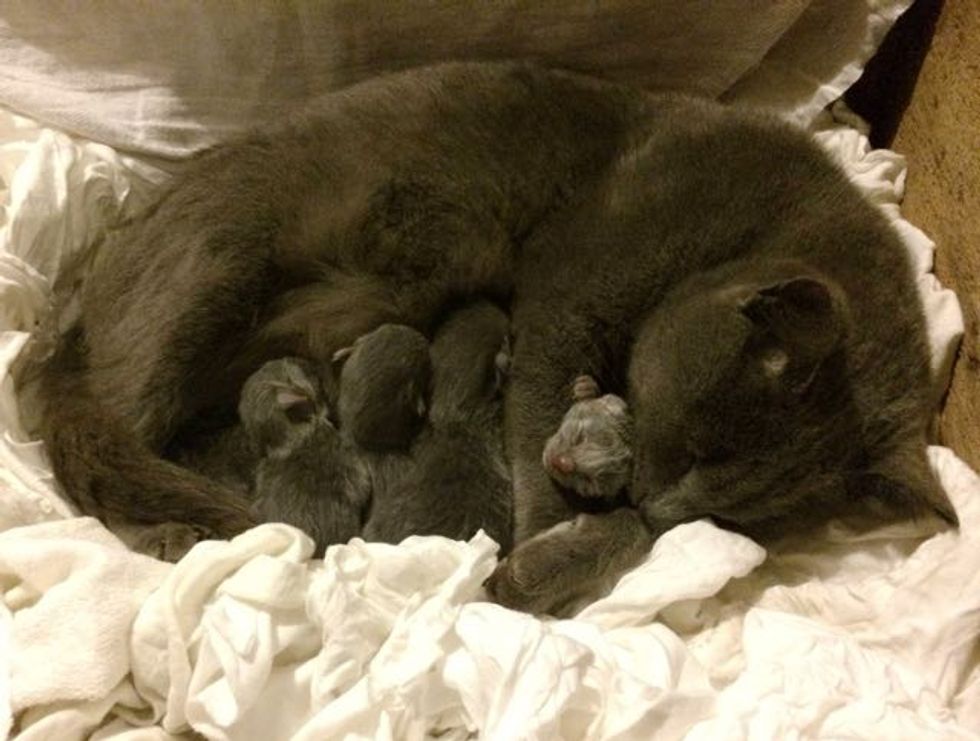 “Then there’s Magoo, the middle cat. She is a darling, precious all-grey angel who was not as elegant as the other kittens and tends to slide off things more frequently.” 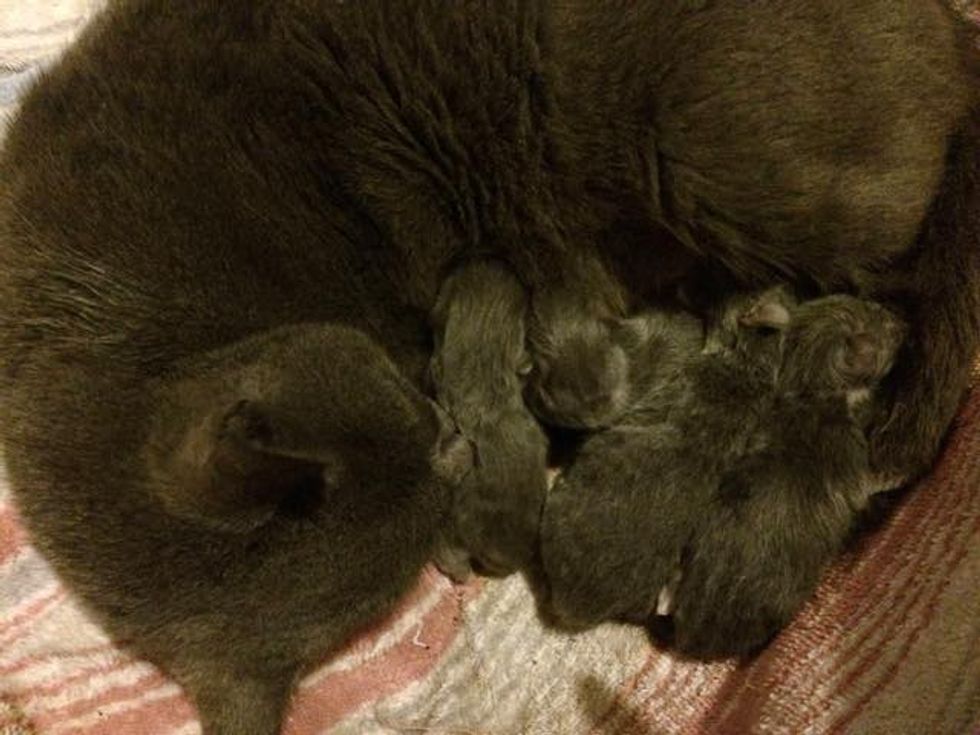 “The second smallest was an all-grey cat named Super Tiny!” This feline apparently now walks on a leash and plays fetch!

“And then there’s Nano, our little runt. She was born tiny, but she has always been a warrior. Nano had a lot of attitude and love inside of her.” 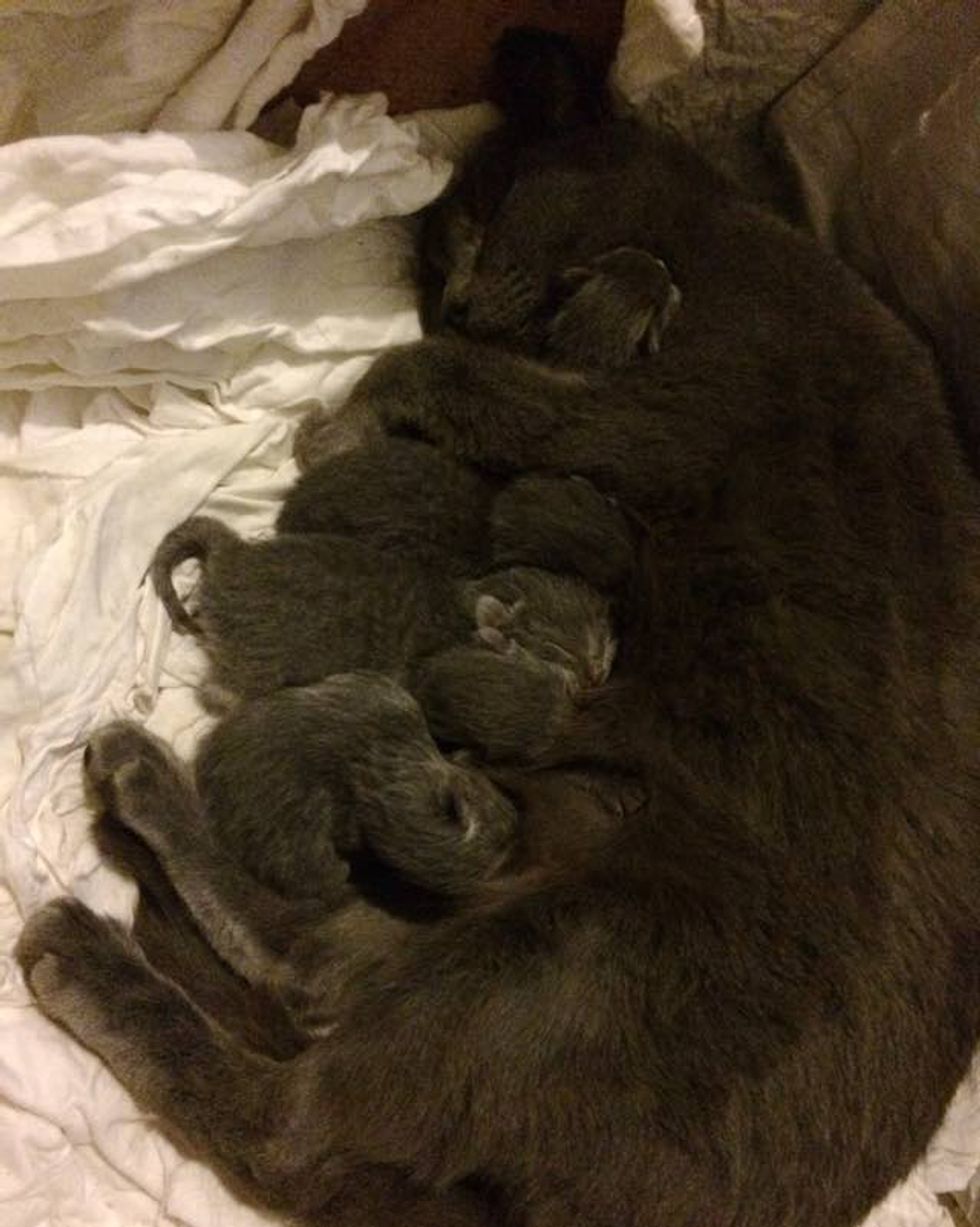