Getting a pet is always a lot to consider. It’s a new addition to your family which requires as much attention as anyone else and that‘s not something that everyone can handle. Apparently, this is what happened with this family from North Carolina that decided to give away their 7-year-old cat, Toby.

He originally showed up at their home as a stray cat, and it all began in February when his owners noticed that he was not getting along with their other cats. That is when they decided to find him a new home, and they did – they gave him to another family about 12 miles away from them. Meanwhile, Toby had no idea why his beloved owners made such a decision to get rid of him, so he patiently walked those 12 miles back home… Just to be rejected again. 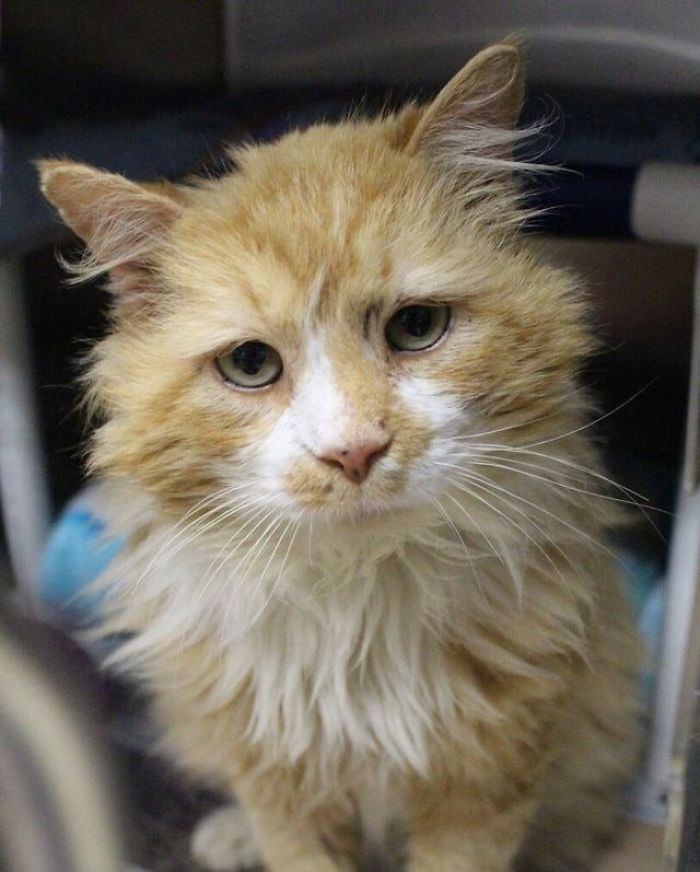 This time the decision was much more brutal. “The family he thought had loved him took him to a shelter and asked staff to euthanize him,” said The Society for the Prevention of Cruelty to Animals (SPCA) of Wake County in a Facebook post. “The shelter called us at the SPCA to ask if we could take him in and help him find a new family. Of course, we said YES!”

Once this post appeared on social media, the word about Toby spread quickly. This is when Michelle Puckett from Raleigh, North Carolina, accidentally saw it too and left everything to go to the SPCA to meet this adorable cat. And it was the beginning of a new chapter in Toby’s life. 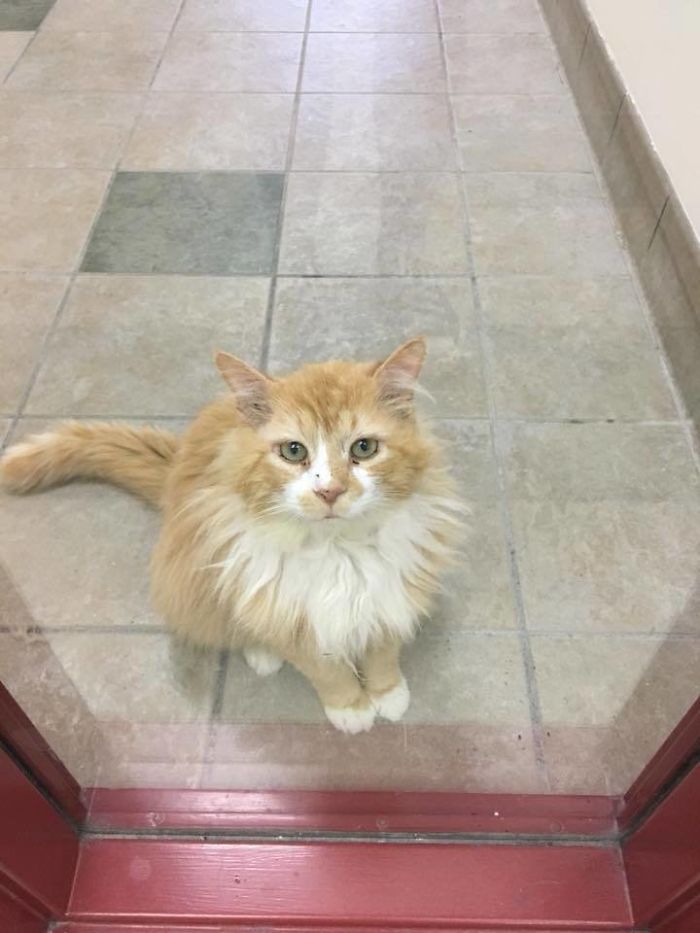 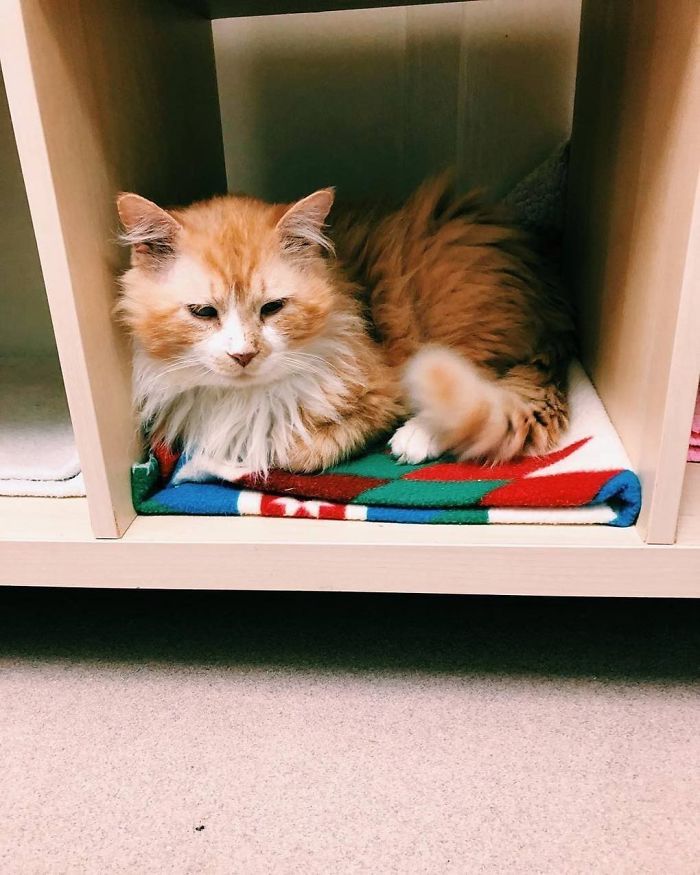 April 13th was this cat’s lucky day when he first met his new, and hopefully, forever family. “He has three new siblings (one feline and two human) and a cat-savvy mom to show him what a loving family is really like,” wrote Wake County SPCA on their Facebook. We couldn’t be happier to hear that Toby is finally happy!