Photoshop is a wonderful thing. And it’s also incredibly powerful

So powerful, in fact, that it can be used to trick your husband into thinking you’ve adopted a wild coyote.

That’s exactly what happened to one man after his wife Kayla Eby, who’s from Oregon, US, decided to play an epic prank on him.

It all started with a cute picture of a coyote – which Kayla convinced her husband, Justin, that she thought was a dog 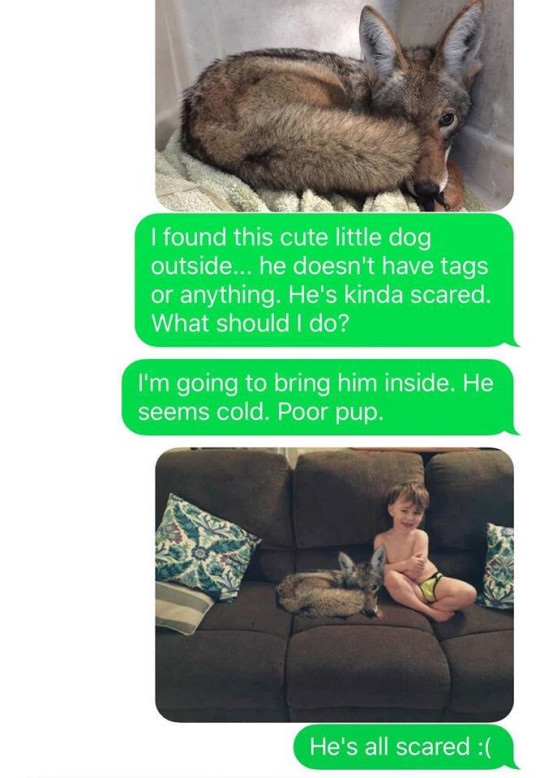 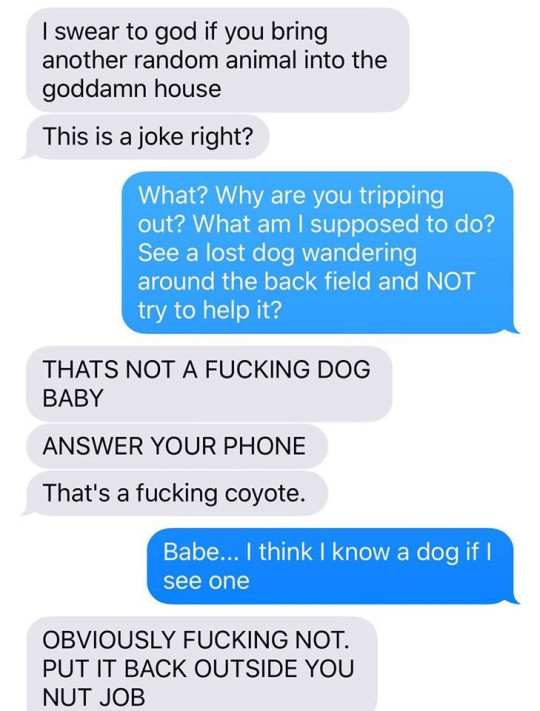 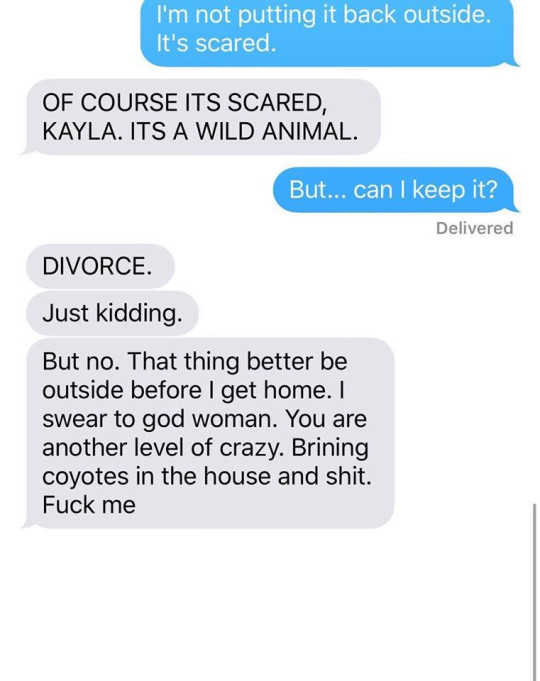 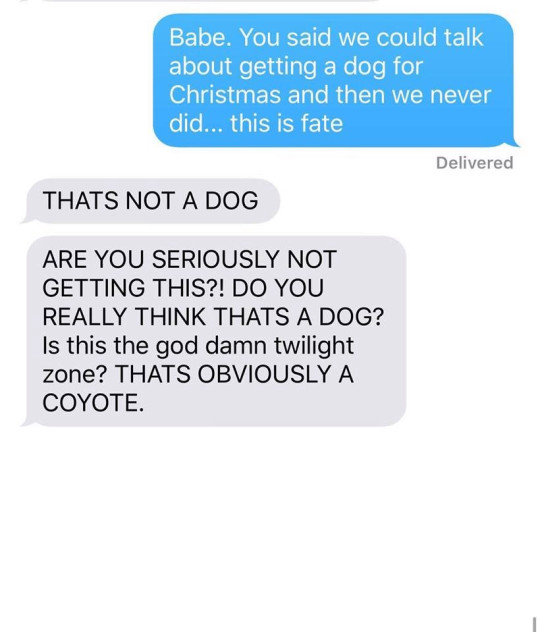 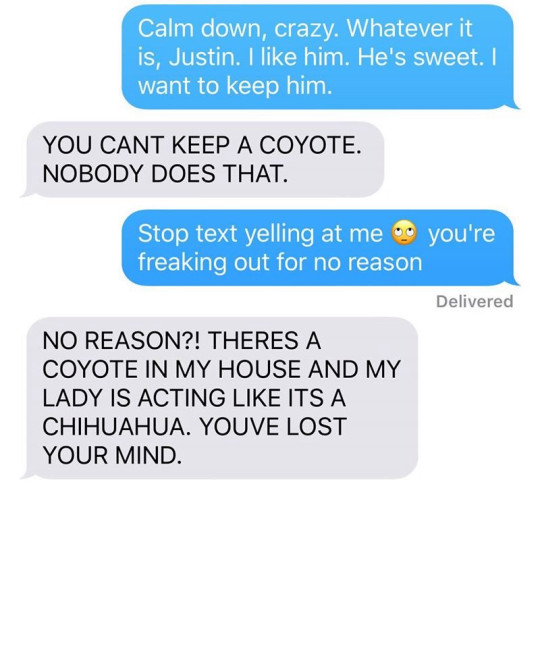 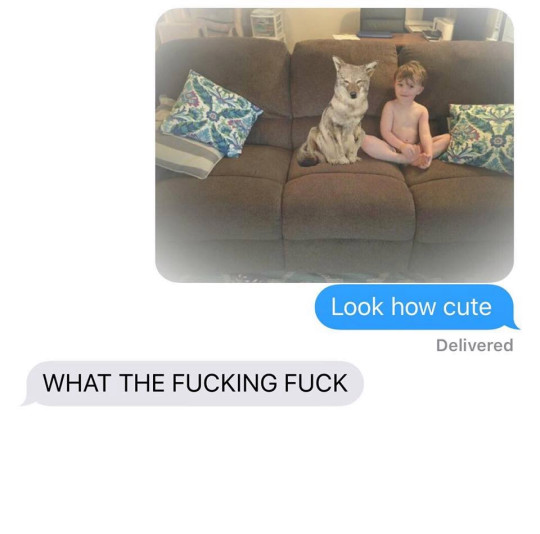 This was crazier than the time Kayla came home with four ferrets, FYI 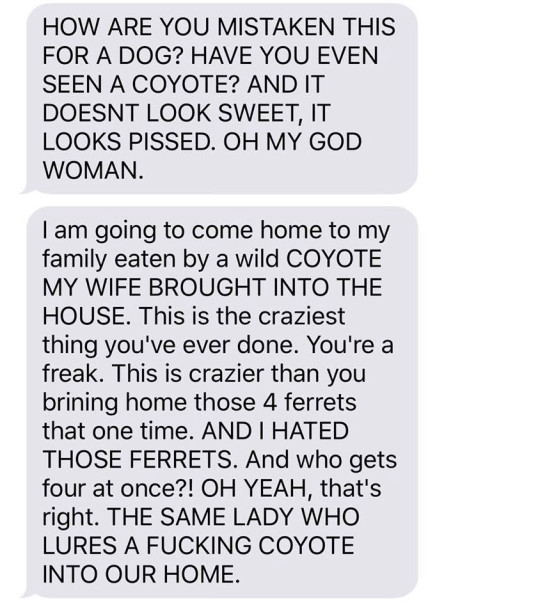 But finally, Kayla let Justin know that of course she knew it was a coyote – but she wasn’t ready to give up on the prank quite just yet 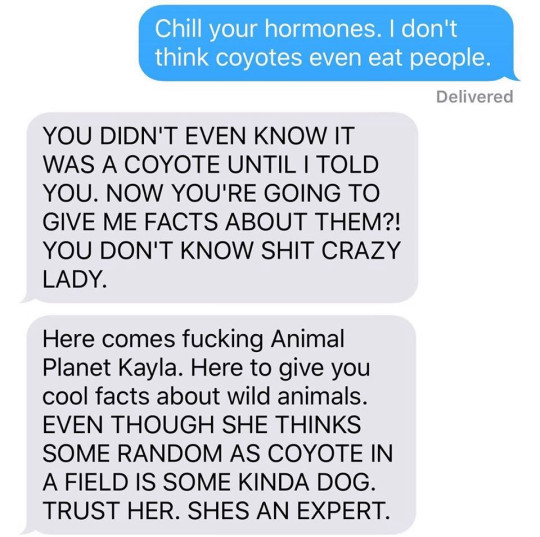 In fact, she decided to take it up a notch – by making Justin aware of the terrifying noises the Photoshopped coyote was making. Oh, and she named it Spot 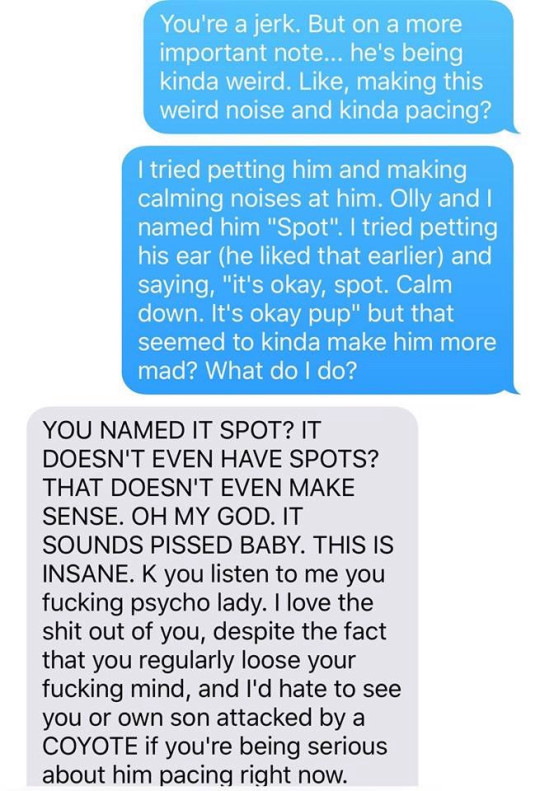 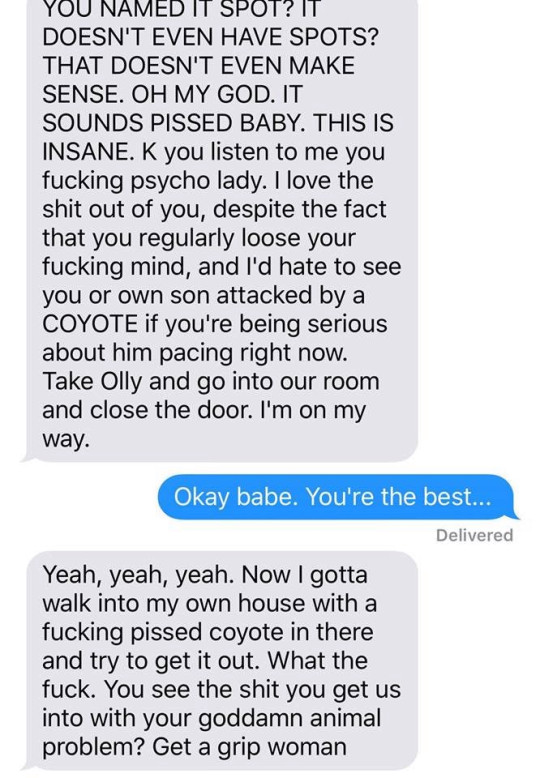 Before she went all out with this photo 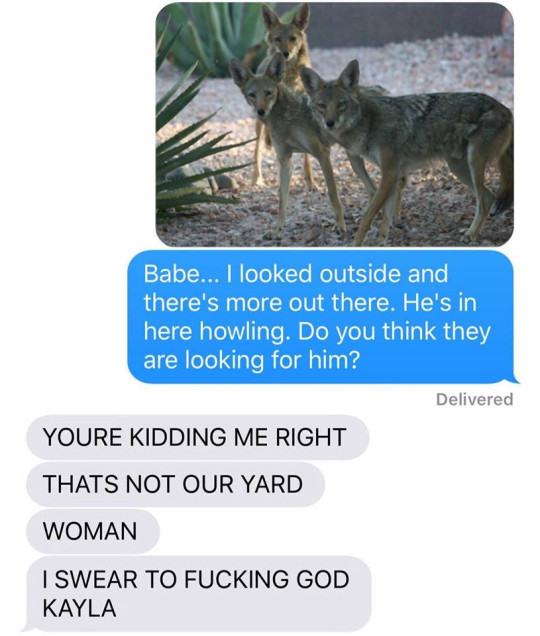 And finally, FINALLY, she let Justin in on the prank (thank god) 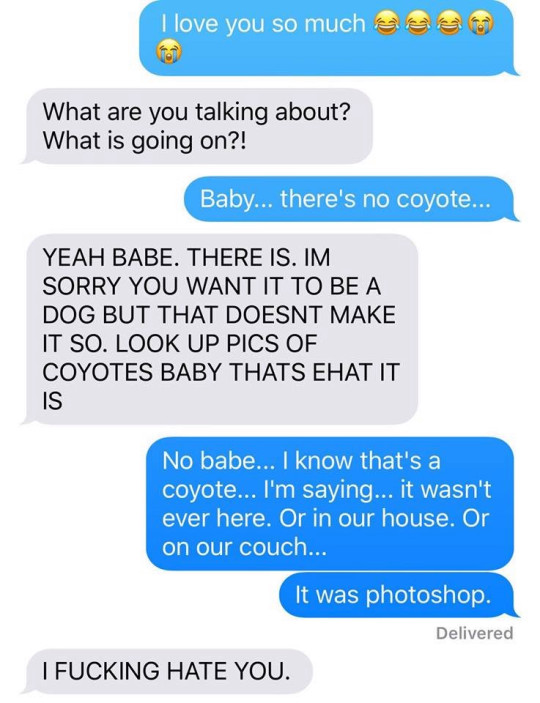 While Justin is incredibly relieved that there is no coyote in his home, he won’t be so relieved to know that thousands of people have viewed the prank – after the entire exchange was posted to Kayla’s Facebook and has already received over 79,000 shares since being posted last night.