Earlier this week, Shannon Ackerman pulled into a Texaco gas station in Missouri City, Texas, to fill up her tank. She’d just rescued a husky and her two puppies, who had been trapped in a drain pipe next to a highway, and she was on her way home with them. But when Ackerman stepped out of her car, she got the biggest surprise.

“As soon as I started pumping gas, I felt something lick me on the back of my knee, which scared me,” Ackerman, an independent dog rescuer, told The Dodo. “When I looked down, this sweet, sad German shepherd, who appeared to have just had a litter, was looking up at me with a look on her face like, ‘Can you please help me?’” 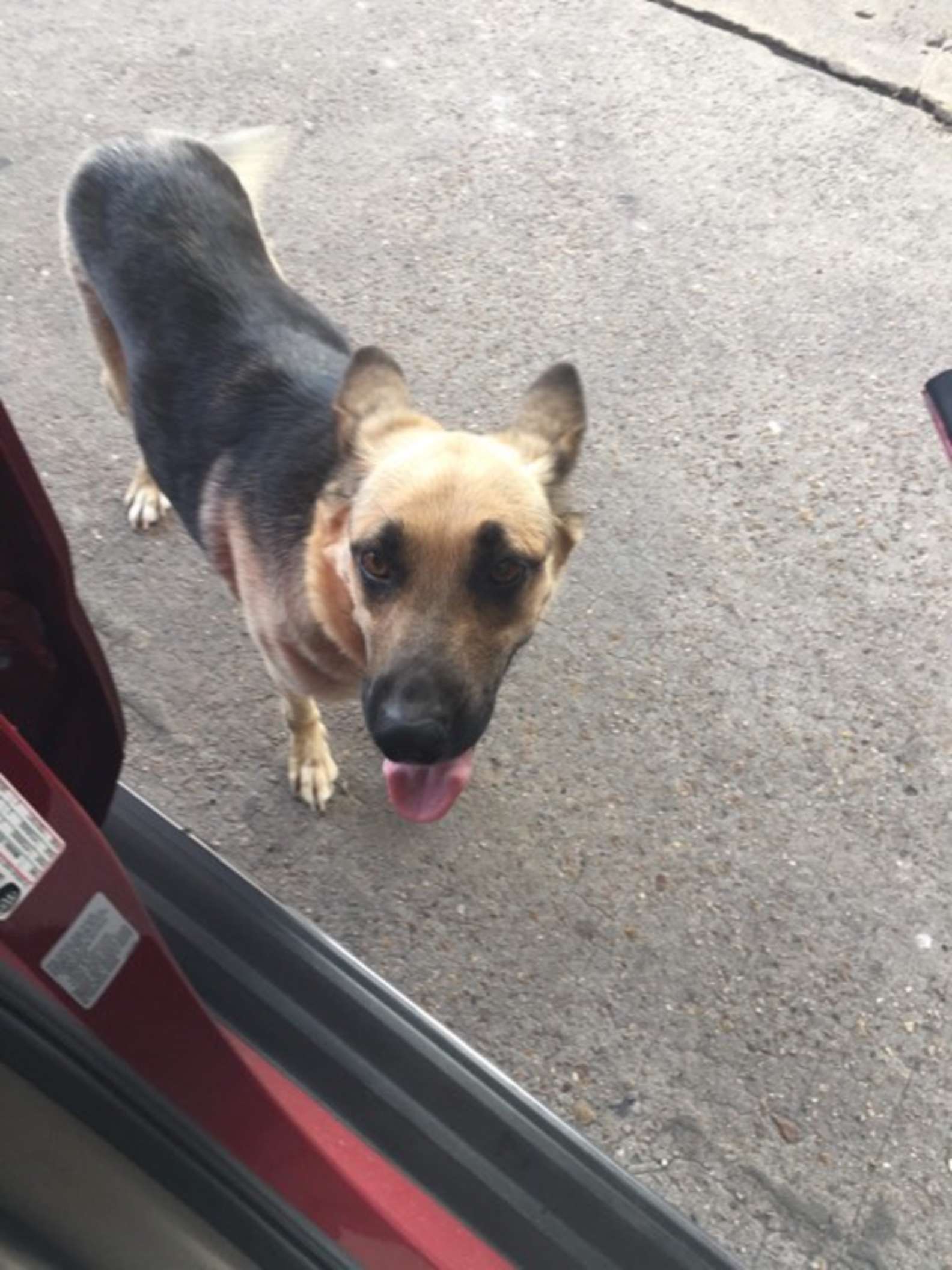 Ackerman already had her hands full with the husky and puppies, but she tried to figure out where the German shepherd came from.

“The gas station was pretty packed, so I asked really loudly, ‘Is this anyone’s dog? Did one of you dump this poor baby?’” Ackerman said. “Of course, nobody said anything.” 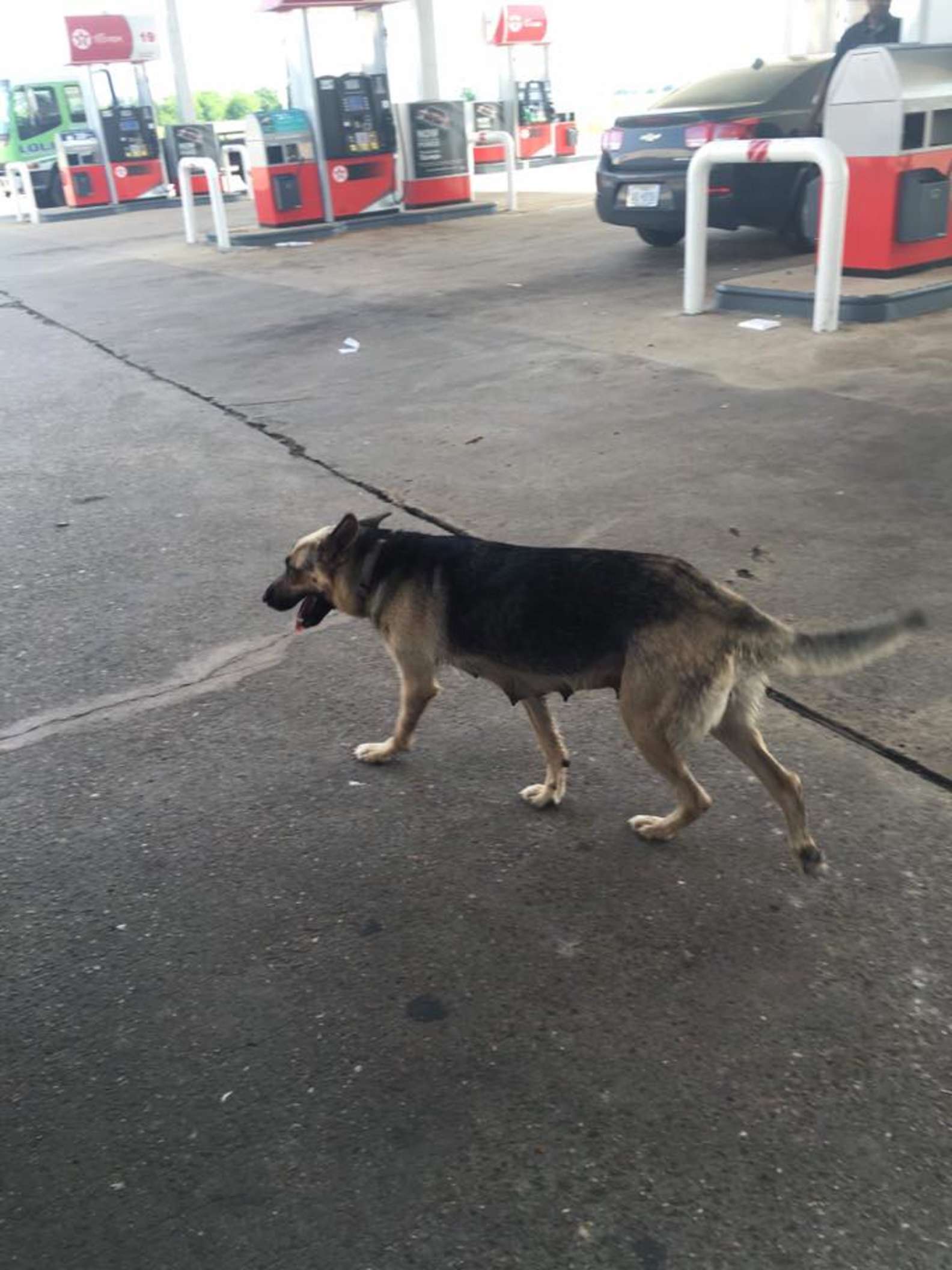 Ackerman also spoke to the gas station owner, who explained that he saw someone dump the dog and speed away before he could stop them.

Meanwhile, the dog, who was later named Mercy, was crying and whining to get into Ackerman’s car. Unfortunately, Ackerman couldn’t take her — she already had the husky and puppies in her car, as well as dog traps and supplies. “It just broke my heart,” Ackerman said. 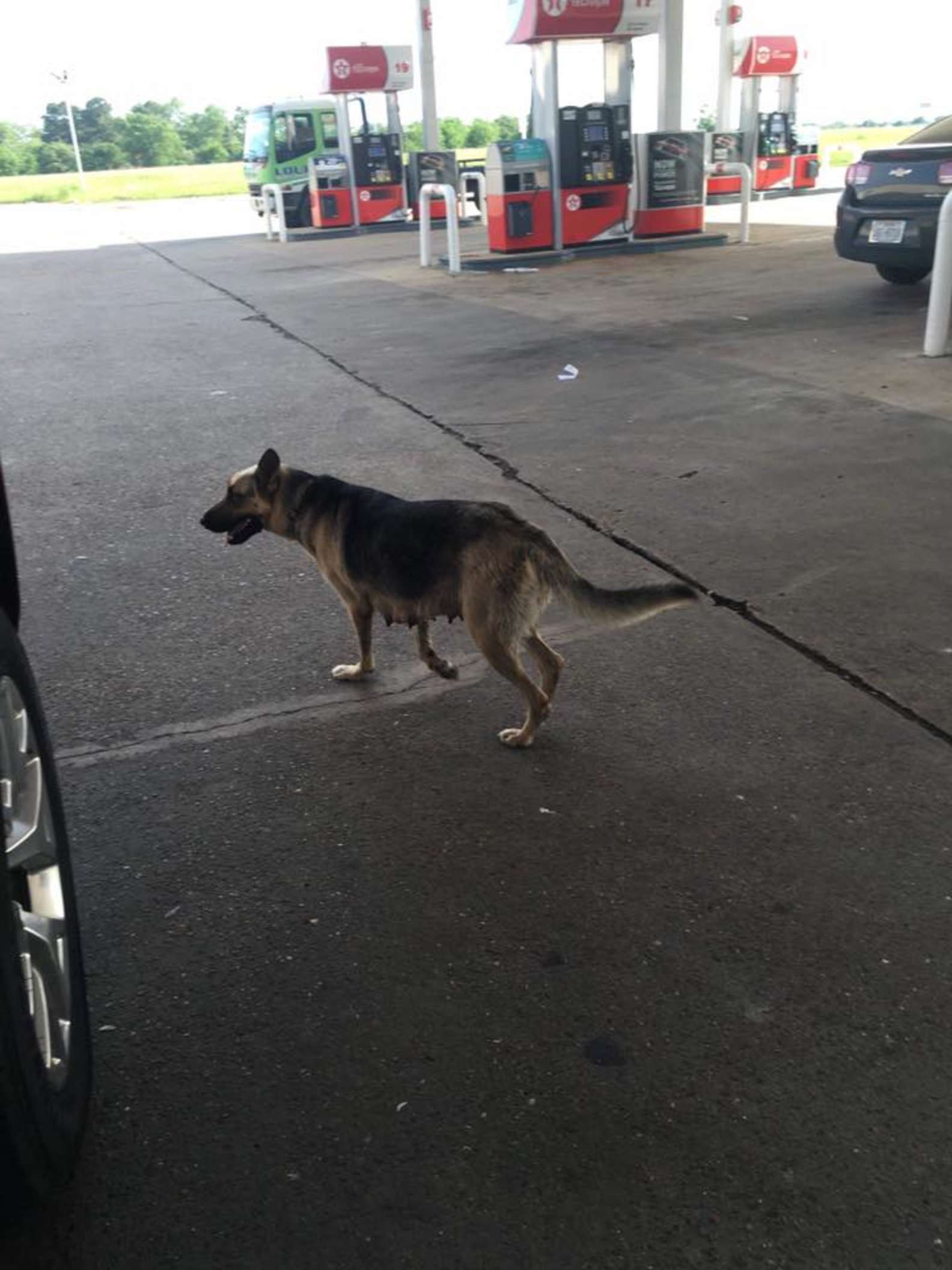 But Ackerman was determined to help. She drove back to the site where she’d rescued the huskies, where Whitney Hartman, another independent dog rescuer, was still present.

“She told me there was a German shepherd mom in the [gas station] parking lot, whining and trying to get into her car,” Hartman said. “Of course, I couldn’t leave her there, so I drove over.”

All Hartman had to do was open her car door, and Mercy leapt in. “She jumped right in with no coaxing,” Hartman said. “She was so happy to be in the car.” 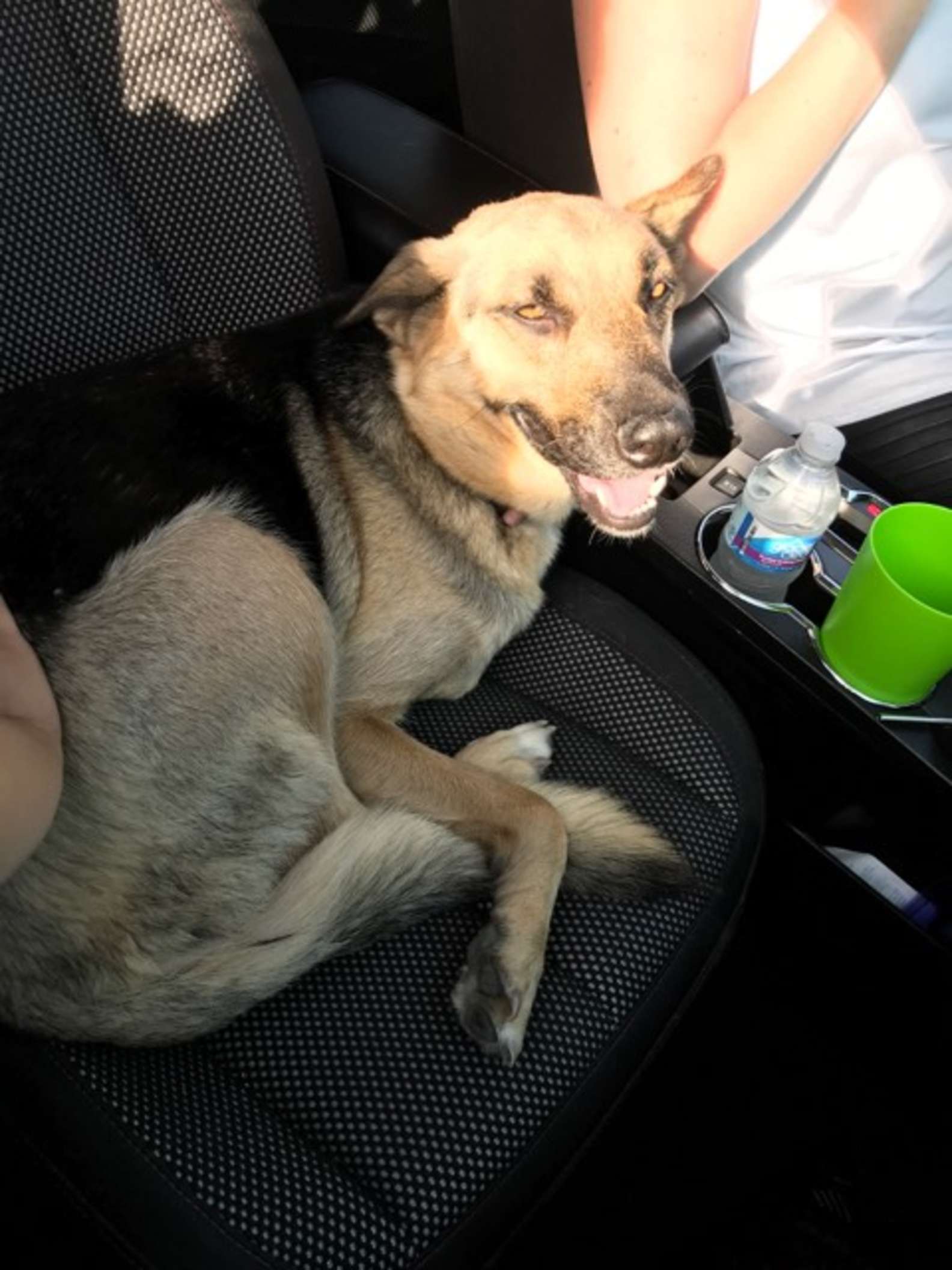 Hartman checked Mercy for a microchip, but not surprisingly, she didn’t have one. There was a dirty collar around her neck, but no ID tags.

“She was so sweet and smart,” Hartman said. “She kept nudging my hand to get love.”

Hartman took Mercy back to her house, and offered her a good meal and warm bed. The next day, Hartman moved her to a foster home with a local rescue group that specializes in German shepherds, Sauver Des Chiens. 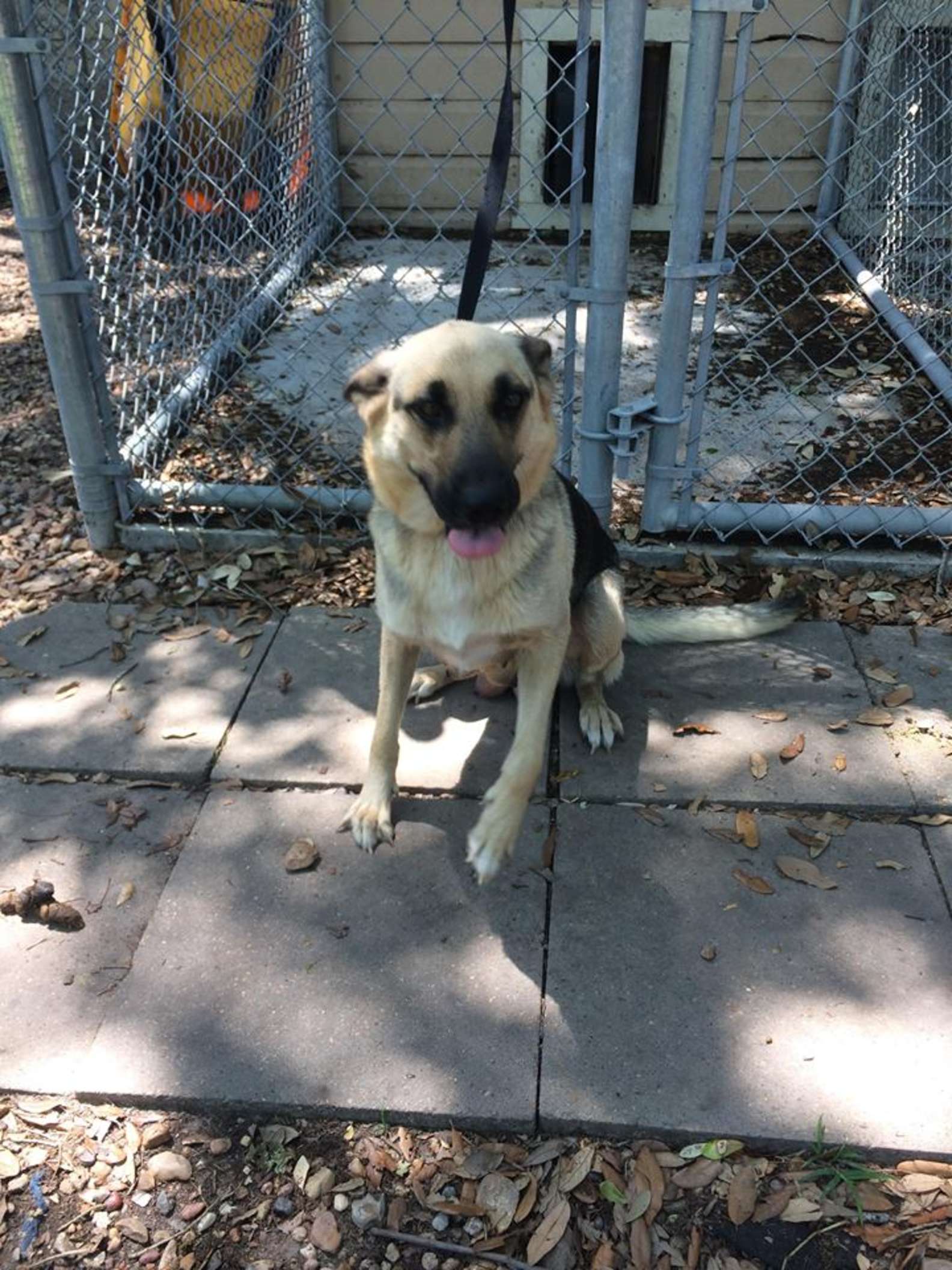 “She is doing well,” Courtney Manske, communications director for Sauver Des Chiens, told The Dodo. “She’s a love and a very sweet dog. But she’s still … looking for her puppies. She’s so confused.”

The rescue group hasn’t given up hope that they’ll find Mercy’s puppies and reunite them.

“We are still actively searching for her puppies and any information that might lead us to them,” Manske said. “We’re scouring Craigslist and Facebook … looking for whoever might be rehoming them.” 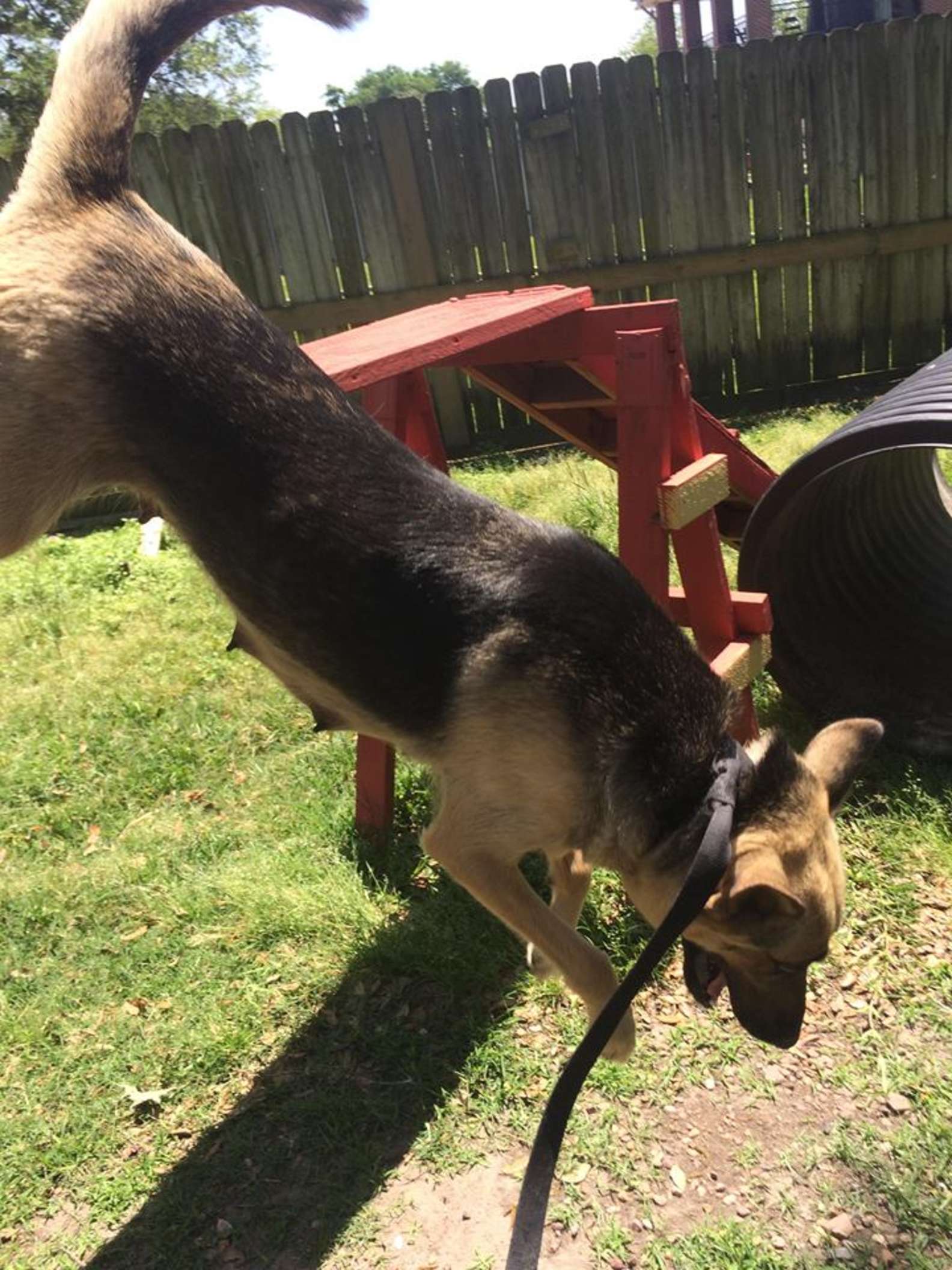 Whatever happens, the rescue group will make sure that Mercy finds the best new home.

“Mercy would love a forever home where she can be showered with all the love and care she deserves, and where she will never have to worry about being thrown out like trash ever again,” Manske said.