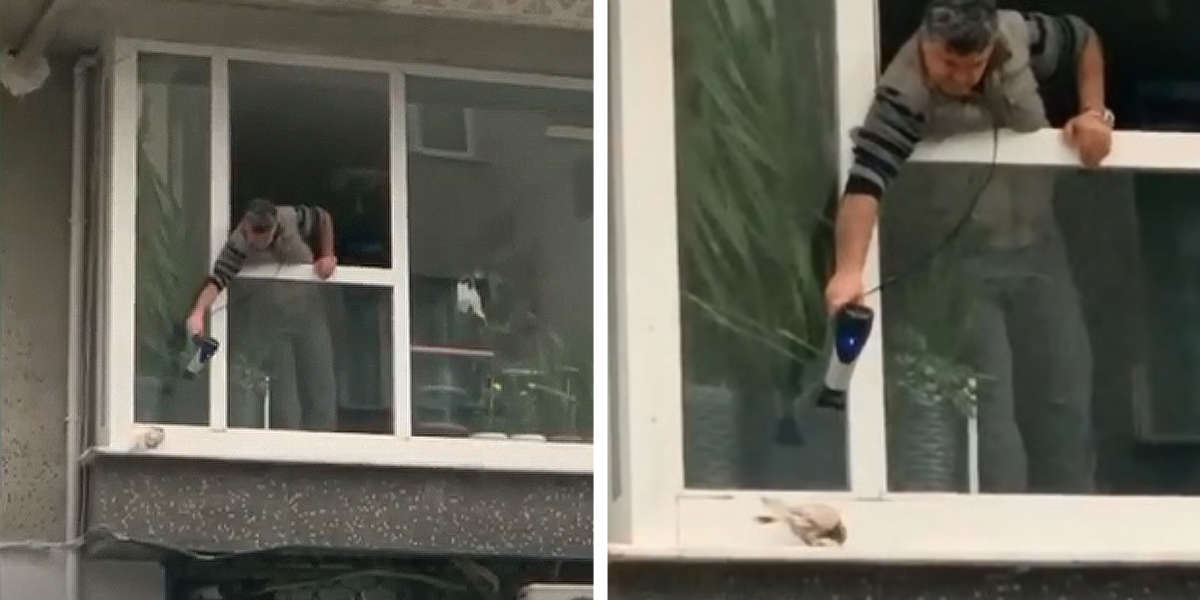 On a chilly day in Turkey, Sabahattin Ylmaz was at home when he spotted someone sitting on a ledge just outside his window after a rain shower.

It was a shivering and wet bird. He’d obviously not been able to locate cover in time from the storm.

Seeing the bird suffering from the cold, Ylmaz came up with a clever solution.

Rather of putting the pigeon under unnecessary stress by taking him inside to warm up, Ylmaz brought the heat to him.

He provided the bird a means to dry off by using a hair dryer.

Unbeknownst to Ylmaz, a stranger on the street below captured the entire gesture of kindness on film:

After the video went viral, local news outlets tracked down Ylmaz to find out more. The finale turned out to be just as heartwarming as the gesture itself.

Ylmaz informed the reporters that “the pigeon recovered after quite a bit of warming him up.” “I also provided him with bird food. After 15 minutes, I reheated him. He flew away once the bird had recovered and eaten his food.”

Though the well-being of a single pigeon in the world may seem insignificant to others, Ylmaz believes otherwise.