From the moment Kathryn was found in an empty rental apartment, the orange tabby has been searching for a family to call her own.

The new tenants who found the mom cat called Langebaan Animal Care, in South Africa, for help. But, unfortunately, it was too late to save Kathryn’s newborn babies.

Kathryn was taken in by Izelle Marallich, chairperson of Langebaan Animal Care, where she immediately started begging for the love she had lost along with her kittens. 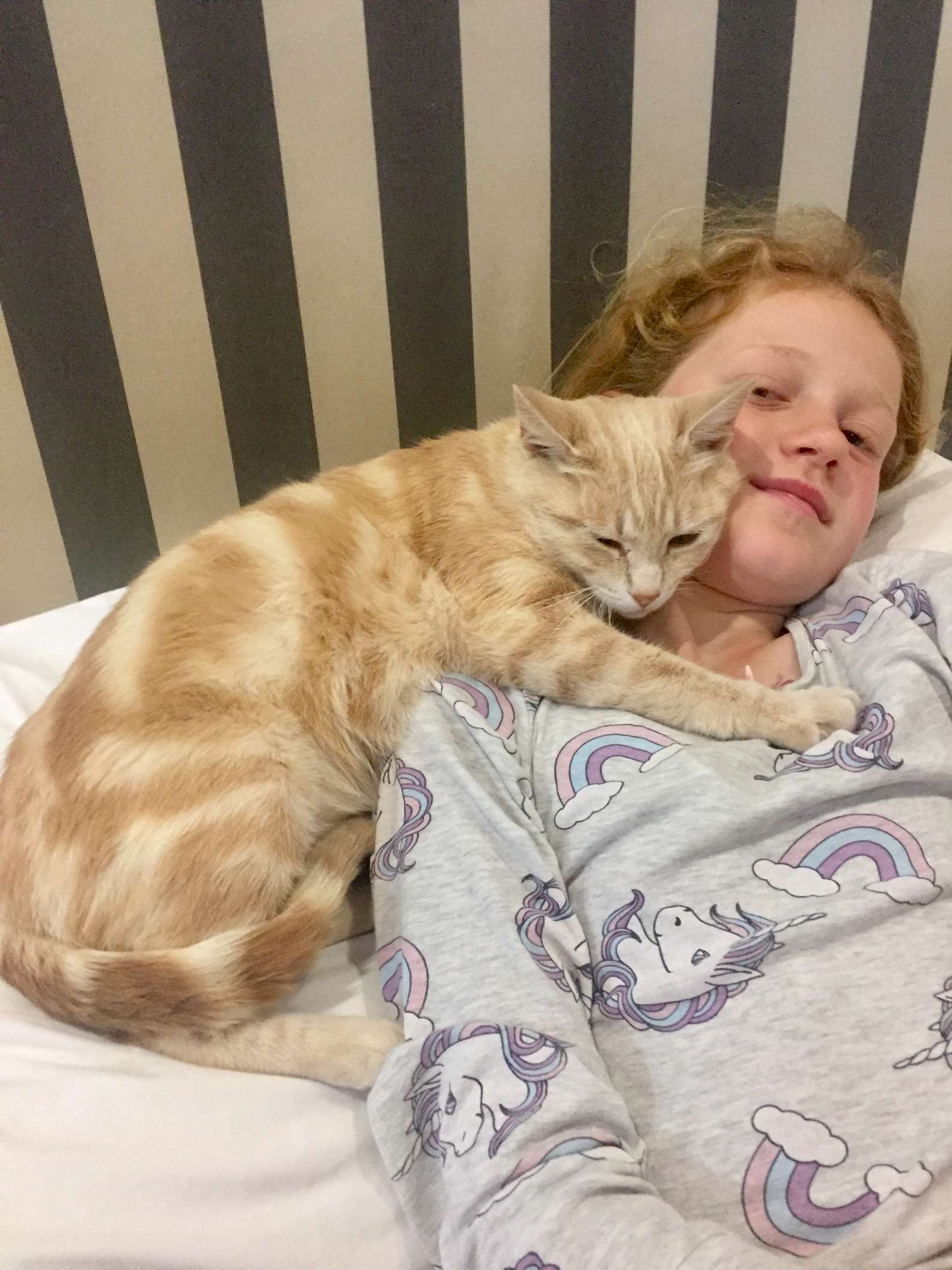 “She was extremely affectionate and was not scared of any of my foster dogs — [she] walked right up to them and rubbed herself against every one of them,” Marallich told The Dodo. “She had to sleep with a person and hold on to you. It was like she could not get enough love.”

But, even with her foster family, Kathryn still mourned her past: “She was very restless, however, and would cry looking for her babies,” Marallich said, “which was heartbreaking.” 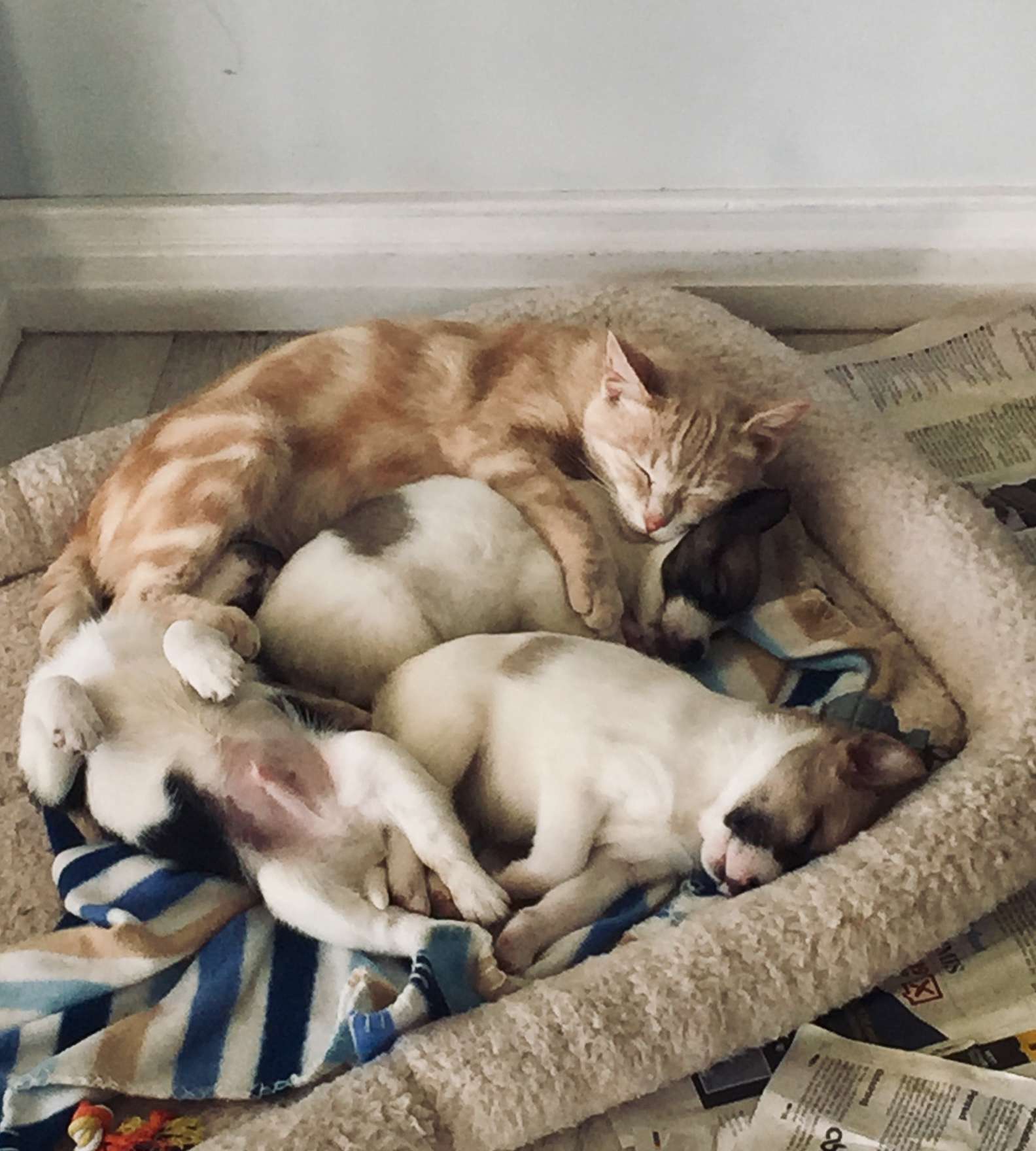 Kathryn’s life changed once again when an orphaned litter of puppies arrived at the house. Immediately, Kathryn developed a bond with the pups — calling out to them whenever they cried for food. She attempted to soothe the puppies by licking them.

“They were a bit confused about it initially and would move away from her, but she was persistent and kept going to groom them,” Marallich said. “They started to get used to her licking them and she just lay down with them and didn’t leave their side at all.”

“She stopped being restless and crying and just slept day and night with them,” Marallich said. “[She] even ate the puppy food we gave them. They were happy and she was happy!” 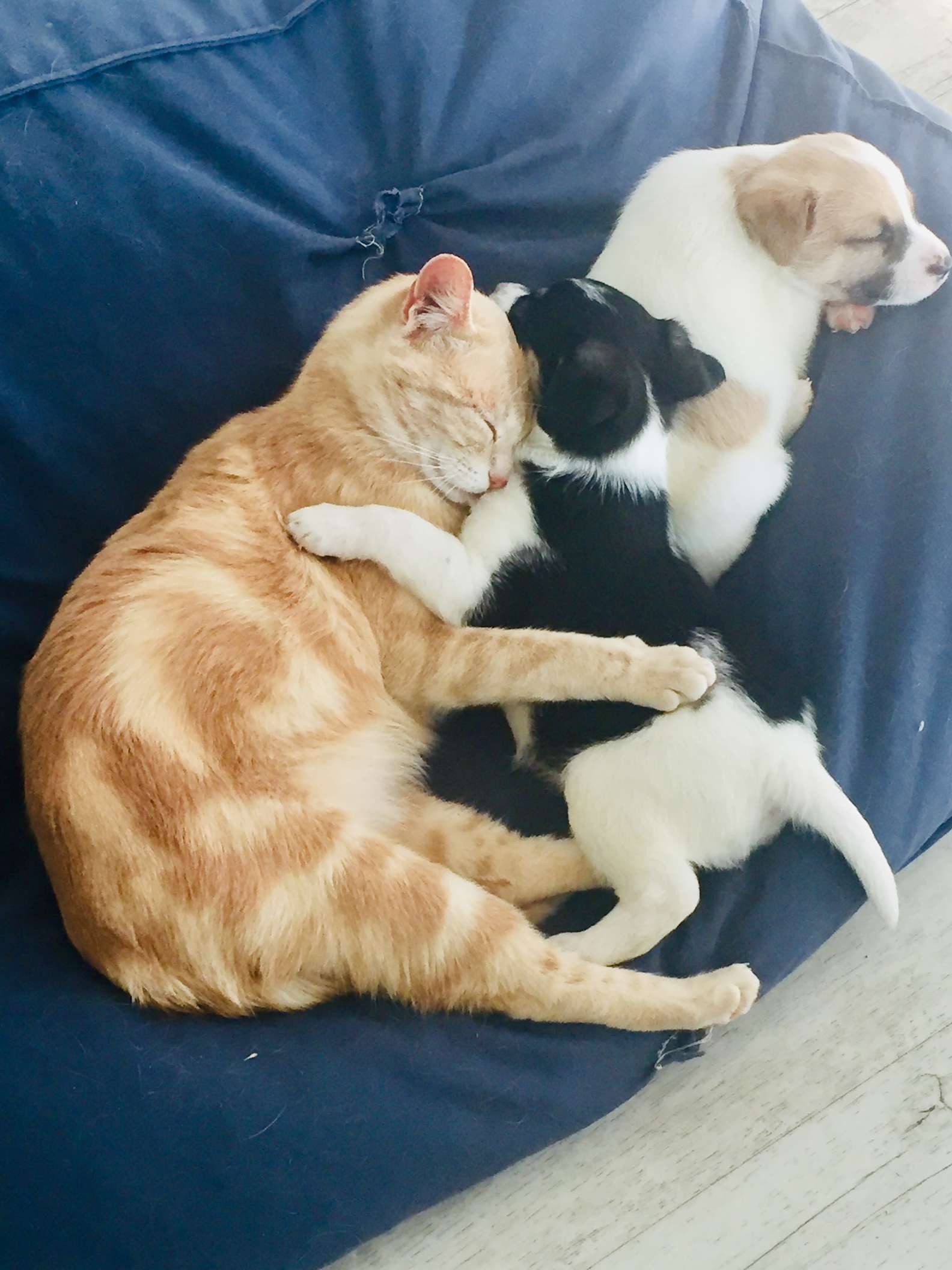 Ever a devoted mom, Kathryn dedicated all her time to caring for her adopted puppies. She groomed them, slept with them and let them nurse from her whenever they pleased.

“She is very protective over them and got very restless when they wandered out [of] the playpen and away from her,” Marallich said. “She would follow them and call them the whole time and was only happy once they were back with her.”

“I have never seen such a dedicated and loving mommy,” Marallich added. “She never left their side day and night!”

The puppies have all since found their forever homes. And now Kathryn has two new babies to look after — a pair of orphaned kittens found abandoned in a field. Thanks to Kathryn, the newborn kittens have a fighting chance at life.

Marallich feels incredibly lucky to have found such a wonderful cat: “She has got a lot of people interested in adopting her,” Marallich said, “but, for now, she will remain with us and continue being a loving and caring mom to orphaned animals.” 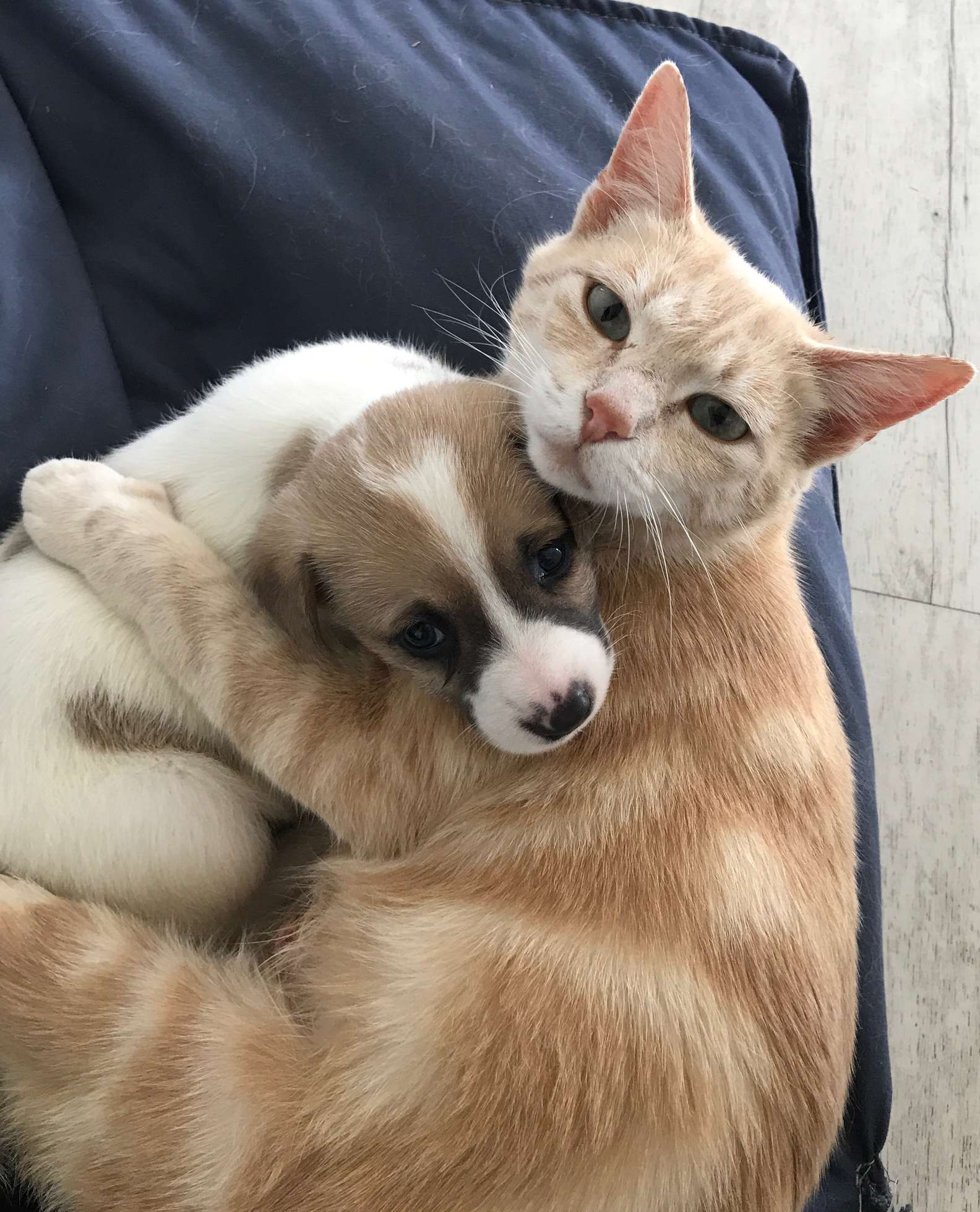 Kathryn proves that no matter the animal, a mother’s love knows no boundaries.