For the brave men and women of the New York City Fire Department, they often go above and beyond to show that every life if worth saving. And one lucky kitten is here today because of it!

The world can definitely use some more feel-good stories, and this is certainly one of them. The FDNY shared the story of a kitten rescue to their Instagram. Shortly after, Gothamist.com covered the story of one lucky kitten’s rescue and the details will make you feel warm and fuzzy all over.

Because if there’s one thing that we love, it’s a happy ending for a feline friend. Oh, and brave men who love cats, too! 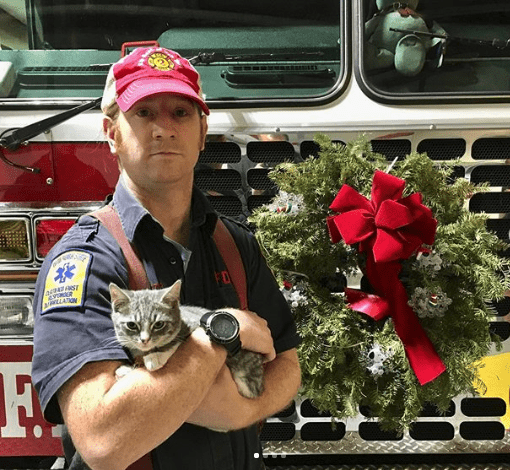 FDNY Ladder 2 firefighter Daniel Wiwczar tells the story of one lucky kitten, now named Franklin:
Their Instagram post about the lucky kitten reads:
“We got a call for a cat that was stuck in a car. We responded and we were able to see the cat was under the hood. He had a high fever, was lethargic, and needed to get healthy. We got the cat out and @smalldoorvet took him in and got him healthy. I knew right when I pulled him out that I wanted to adopt him, so two weeks later I was back to take Franklin home,” says #FDNY Firefighter Daniel Wiwczar, #Ladder2, who rescued a cat that was stuck in a car in Manhattan early last month. Firefighter Wiwczar says, “He’s doing great now and he’s getting along with my two dogs. Franklin is just having fun, running around, and enjoying being a kitten.”
Check out video of the kitten rescue, shared on YouTube:

While at Small Door Vet, it took a bit of time for the kitten to learn how to kitten as he was in need of veterinary care to regain his strength. Clearly in good hands, he began to perk up after a few days of treatment and lots of TLC. 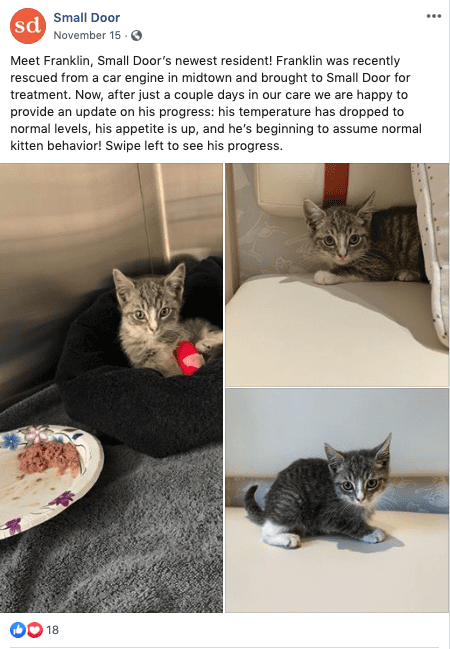 The Small Door staff worked hard to socialize the suspected seven-week-old feral kitty, who was admitted with a 107 degree fever and worms. In his two week stay, he grew from 0.75 kg to a whopping 1.1 kg and is well on his road to recovery.

A spokesperson for Small Vet Said:

“The team would play with him. He got more social and got more bold. Our medical chief of staff said that when Franklin started playing with a cotton ball that he was well on his way.”

The reunion for him and his now devoted cat dad is just too cute for words. 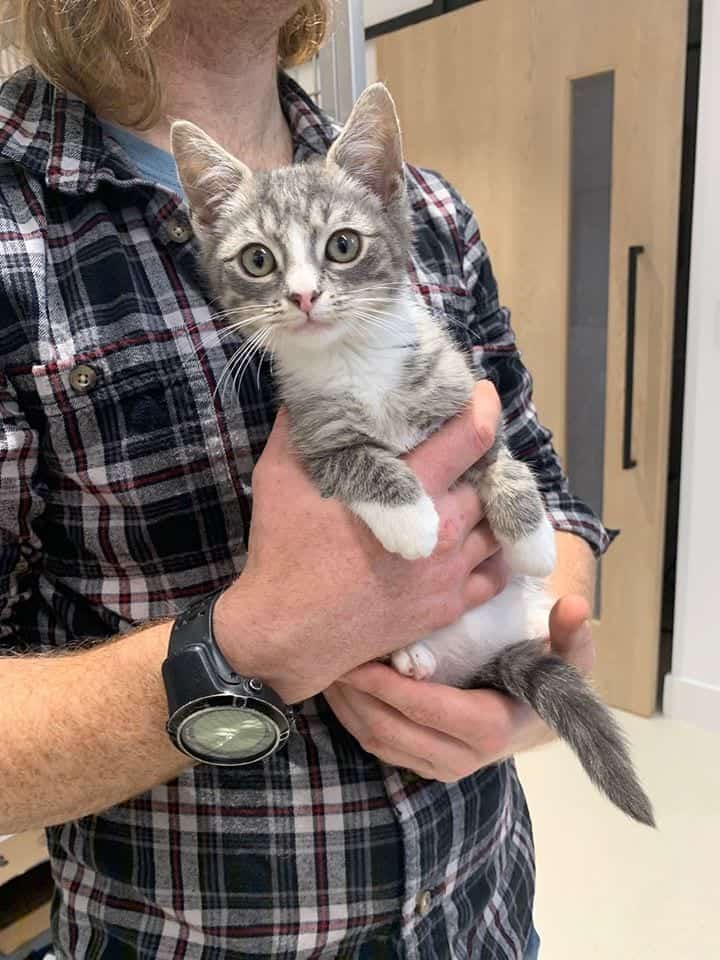 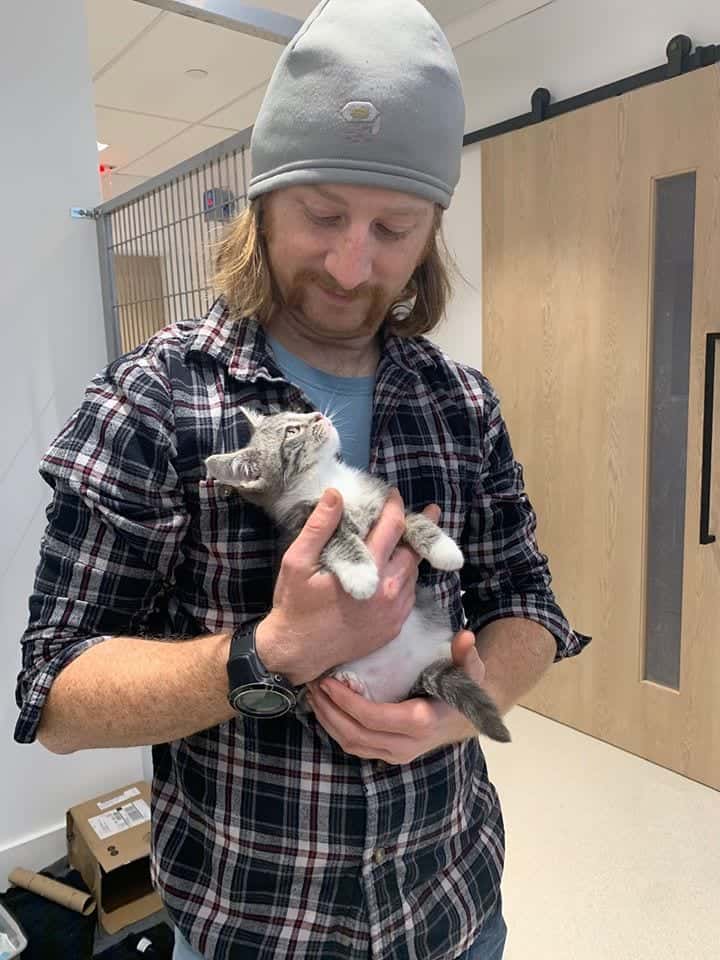 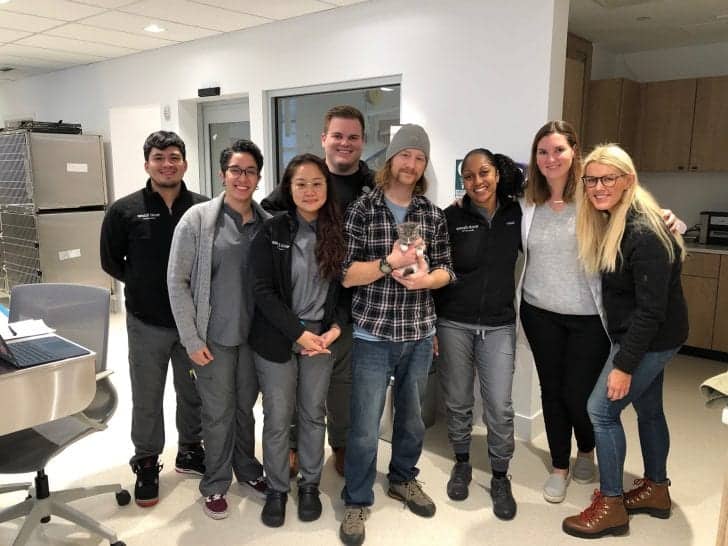