Recent wildfires across the state of California have claimed 80 lives so far, making it the nation’s deadliest in at least a century. There are still nearly 700 people who are unaccounted for. The so-called Camp Fire in Northern California has also completely destroyed the town Paradise, turning it into a “toxic wasteland.” In it, however, Captain Ryan Coleman of the Fairview Valley Fire Department still managed to find a survivor. 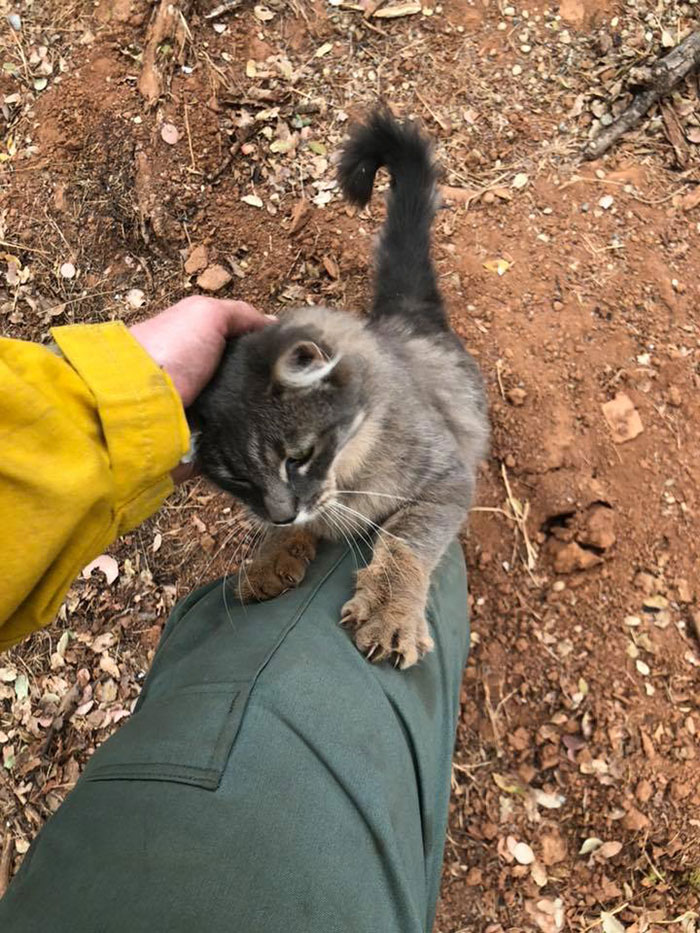 “Kitty rescue,” he wrote on Facebook, posting its video. “She just chilled on my neck and shoulders as I’d walk around.” 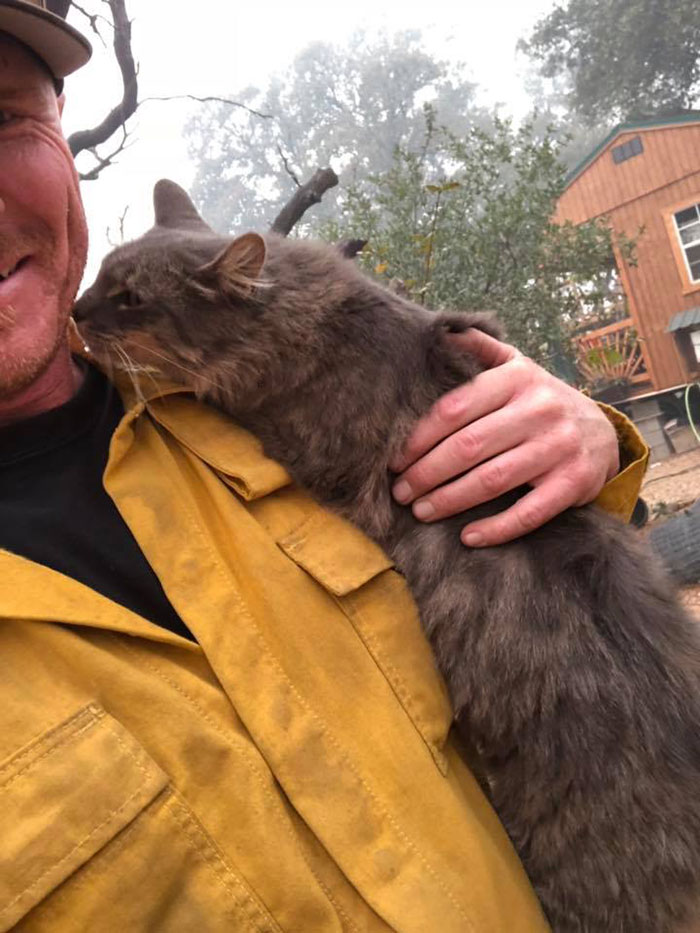 Coleman posted about his first shift in the area on November 10th, sending his heart and prayers to the families that lost their homes and all the people that lost their loved ones. “Hoping for the safety of my crew and fellow firefighters,” he added. “I’m excited to be here helping out, and I’m ready to get started doing what we do!” 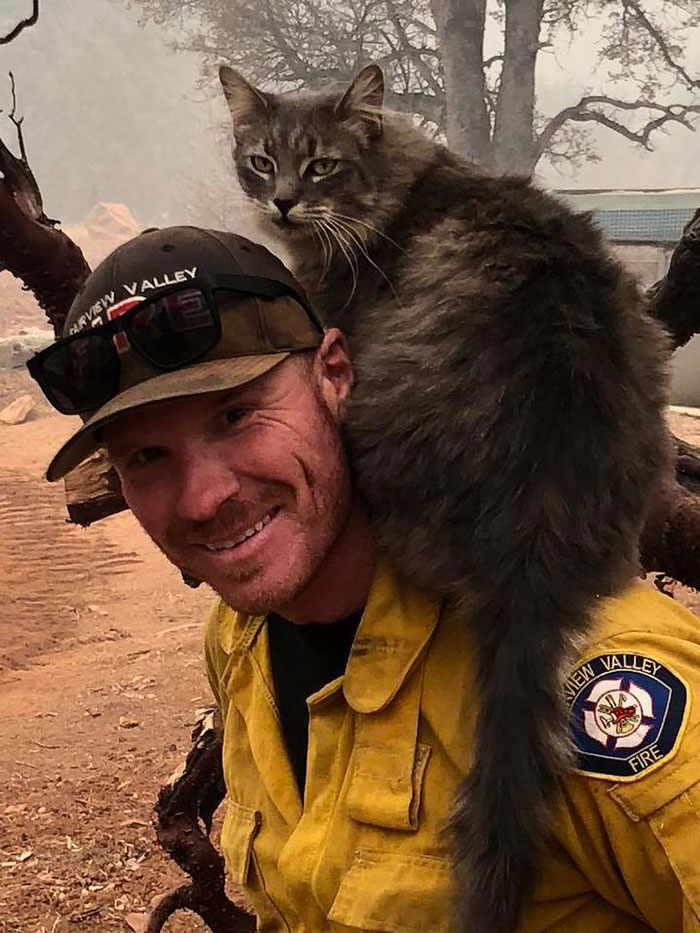