On a cold December day in Fresno, California, Jenine-Lacette DShazer noticed a sad homeless man with a white dog curled up in his arms. When the woman started talking with him, what she found out was heartbreaking… 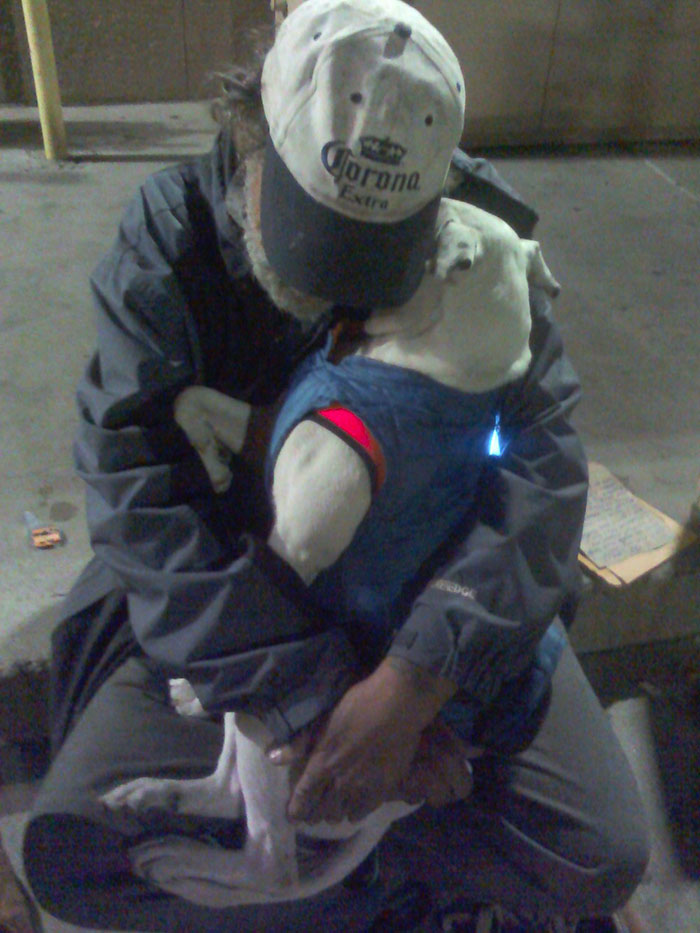 His name is Clifford James Herbert. Once a farm worker and the owner of a mechanic’s shop, he lost his job in 2006 after becoming disabled due to complications from a heart surgery and tracheotomy. Soon he became homeless, and now he was dying of cancer with only few weeks to live.

However, the man was mostly concerned about Baby, his loyal dog, and pleaded DShazer to find her a loving forever home. Herbert says he rescued the doggie from an evil man who had been beating her with a flashlight. “She’s my whole world,” Herbert told the Fresno Bee. “She’s my best friend. She protects me.” 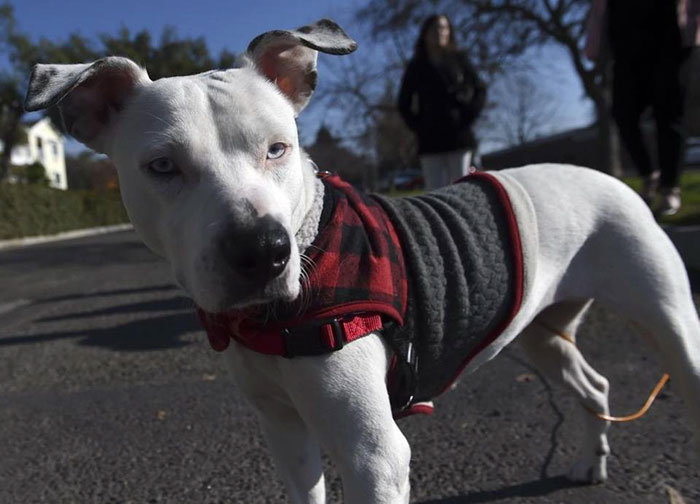 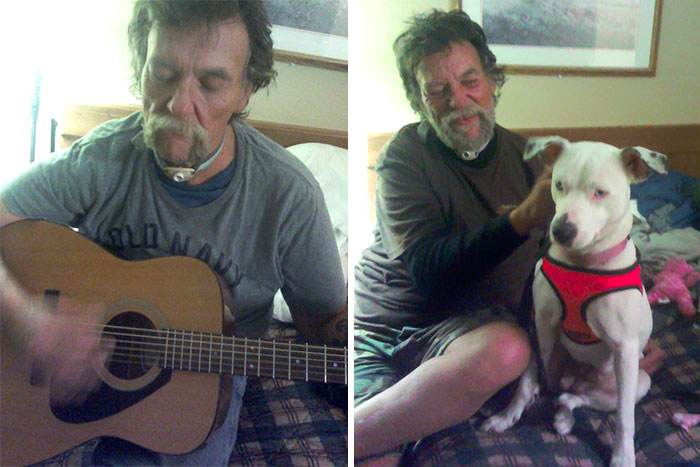 DShazer started a GoFundMe page to get Herbert and Baby off the street. Now the man is staying in a motel room, while Baby just got adopted and will even have a little girl for a friend. At least Herbert’s greatest wish – making sure Baby is going to be okay – has been fulfilled. 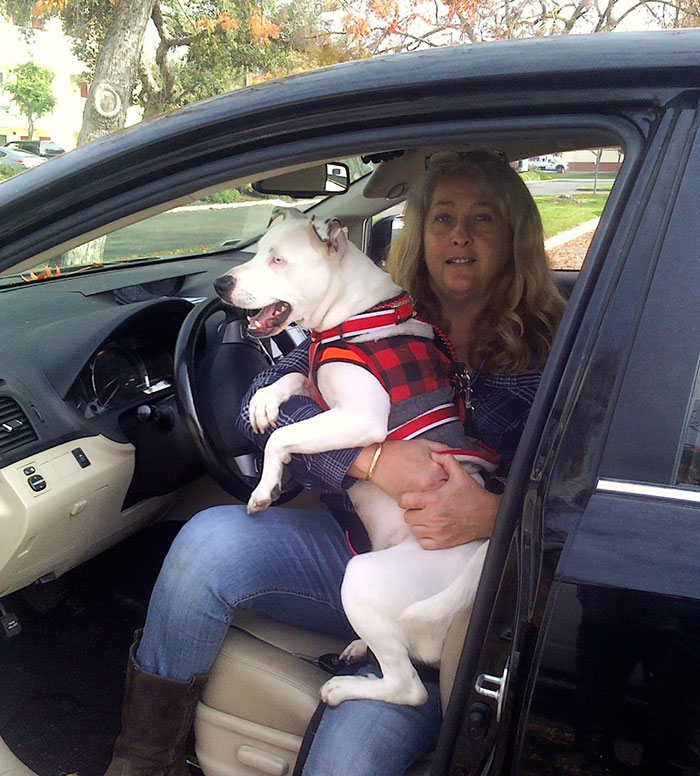