A fat cat named Cinderblock recently went viral for her lack of enthusiasm for working out. On October 19, Northshore Veterinary Hospital in Bellingham, Washington shared a video of an extremely cute but morbidly overweight cat using one paw to move on a treadmill, which is a part of her weight loss regimen. The video instantly became insanely popular, with over 10 million views and almost 500k people liking it on Twitter. 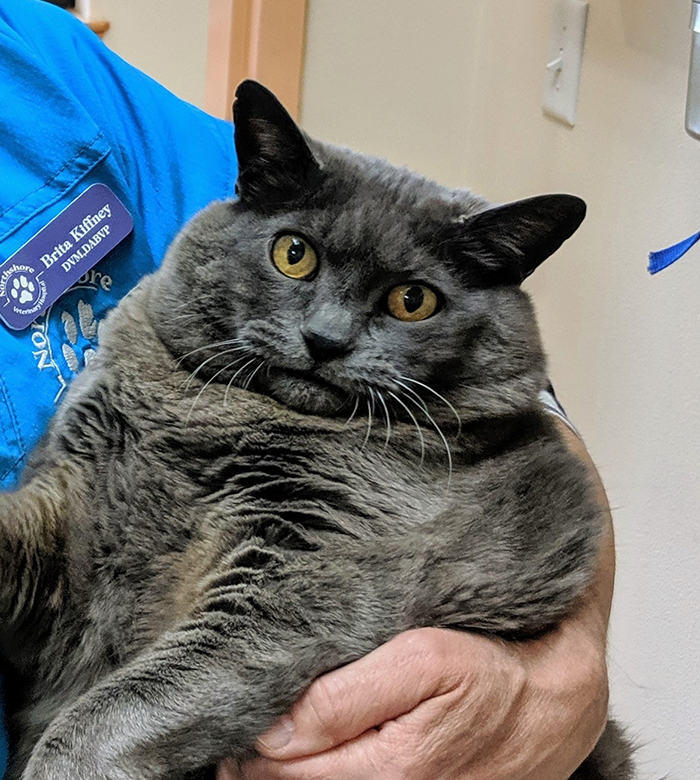 As Cinderblock is struggling with her weight, the chonky feline was taken to a vet and placed on a weight reduction program. The program includes a healthy cat diet, all sorts of exercises, and underwater treadmill, but this kitty used the least amount of effort to exercise. 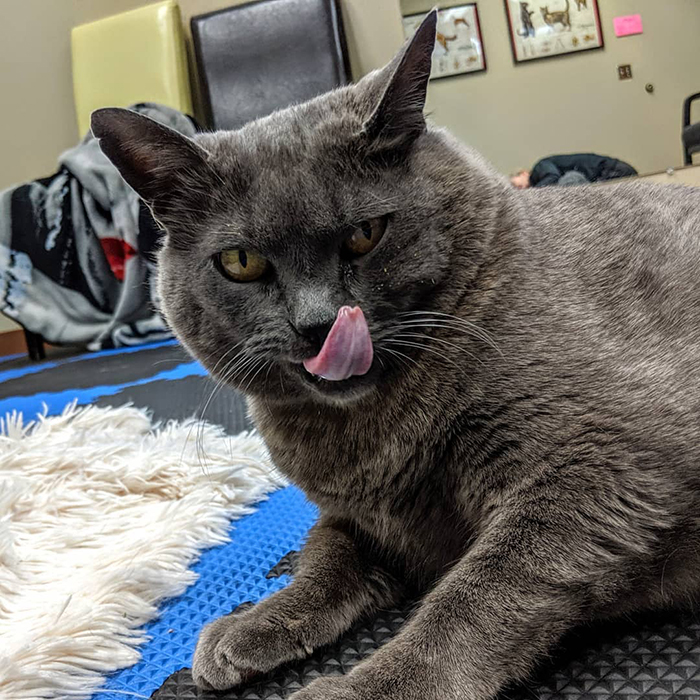 Since the first video of Cinderblock was posted, the gray cat has become an internet celebrity. Since then, the veterinary hospital has periodically updated people on Cinderblock’s progress. Thousands of people loved the hilarious first video in which the chubby cat is seen sitting on the edge of the treadmill and using just one paw to move it. “You working out?” a veterinarian can be heard asking in the background of the video.

“Maybe Cinderblock can be an inspiration for us all to get in a little better shape,” an internet user under the username Bladelink wondered about the adorable cat. 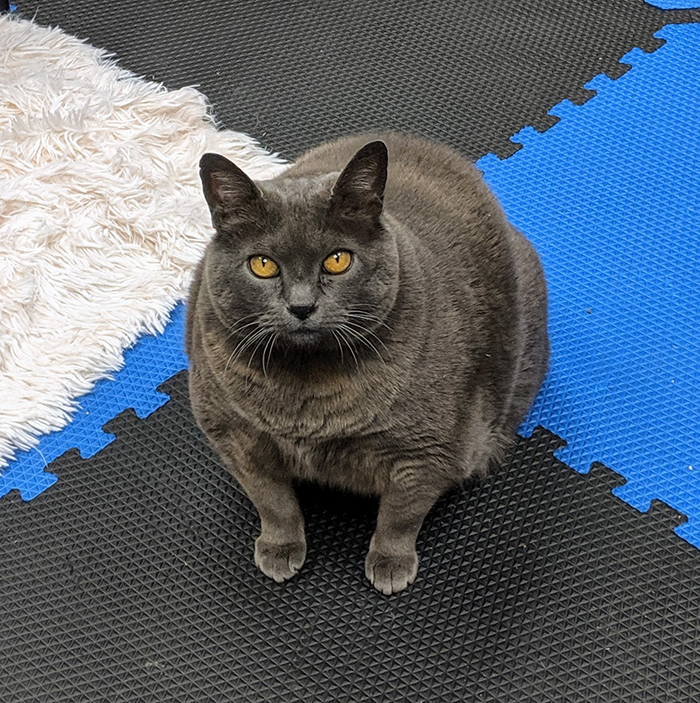