Things just got real last Friday, when a viral video was released, showing a hubby penguin returning home only to find his wife cheating. It’s so dramatic, bloody, and reality-TV like, the Internet is going crazy!

“There are penguin breakups, but the reasons are often strictly logistical,” aviculturist Laura Dray explains. It could be due to male penguins returning to the female nests later than usual that can make some females decide to move on to another partner.

I hate to be the one to break your illusions about penguins, but there’s a lot we don’t know. They do cheat on their partners, and engage in homosexual acts. Oh, and did we mention penguin mothers kidnap each other’s chicks? After laying the egg and going to the ocean to feed themselves, female emperor penguins come back to their chicks – and if they can’t find them, they just take someone else’s.

They didn’t show THAT in Happy Feet! 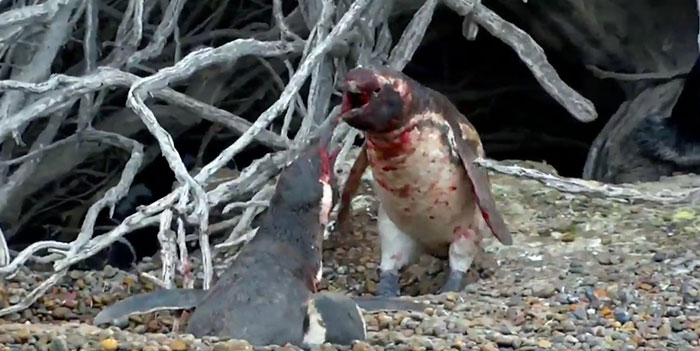 This is how people reacted: