This is Mama, a 59 year-old chimpanzee who was matriarch of the colony at the Royal Burgers Zoo in Arnhem, the Netherlands. The colony is famous as the basis of groundbreaking research involving primate behavior, resulting in the book Chimpanzee Politics by Frans De Waal.

Back in April 2016 she was coming to the end of her life, sick and unable to eat. On hearing the news, co-founder of the colony and professor of behavioral biology Jan van Hooff came back to visit Mama and pay his last respects. He had known her since 1972 and the pair shared a deep bond. 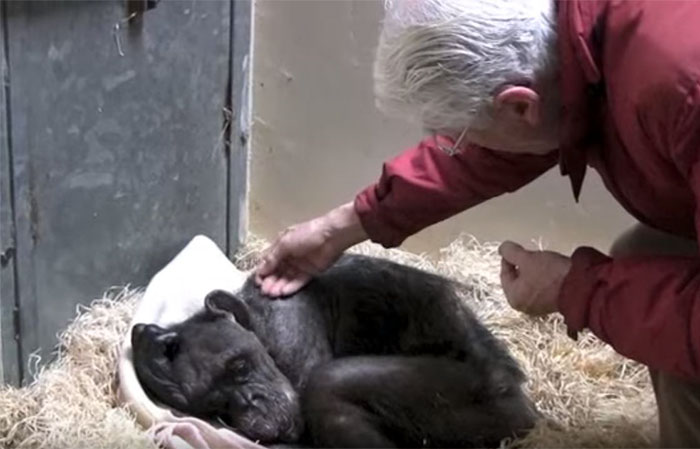 At first Mama, weak and seemingly accepting of her nearing end, didn’t recognize Jan. When she does though, the emotions are clear for all to see and are just a thing of beauty. 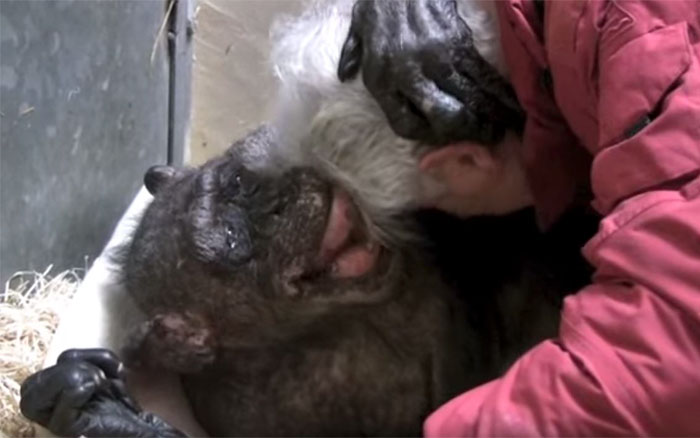