For the last several months, a mysterious visitor has been hanging out in the waters of Hammerfest, Norway — a beluga whale, believed by some to have been trained by the Russian military, from which he apparently defected.

But despite his alleged background in covert ops, the beluga has proven to be remarkably outgoing. 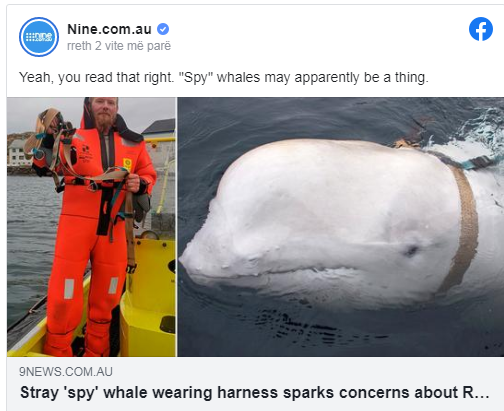 The other day, Johansen was walking near the Hammerfest waterfront when he spotted the beluga engaging in some fascinating (and quite adorable) behavior.

Evidently, a random seagull on the surface of the water had piqued the whale’s interest — and he seemed determined to befriend her.

“He kept trying to play with the seagull,” Johansen told The Dodo. “What surprised me is how gentle he was. It was very special to see.”

Here’s video of that remarkable moment:

The seagull, unfortunately, didn’t seem to want to reciprocate the whale’s friendly advances — appearing more annoyed at his persistence than threatened by his being so close. Eventually, though, it seems she’d had enough.

“The bird was not hurt and flew away after,” Johansen said.

Since the beluga first showed up, some folks had been concerned that he’d be unable to care for himself, presuming that he’d actually been trained by humans. But, according to Johansen, who sees the whale from time to time, he seemed to be doing just fine — and is having a good time, too.