In what may be the sweetest video of all time, a bull gets his cuddle on with a boy and a dog.

The bull, Salvador, was rescued from a Chilean dairy farm where he was kept alive to one day be killed and sold as veal. 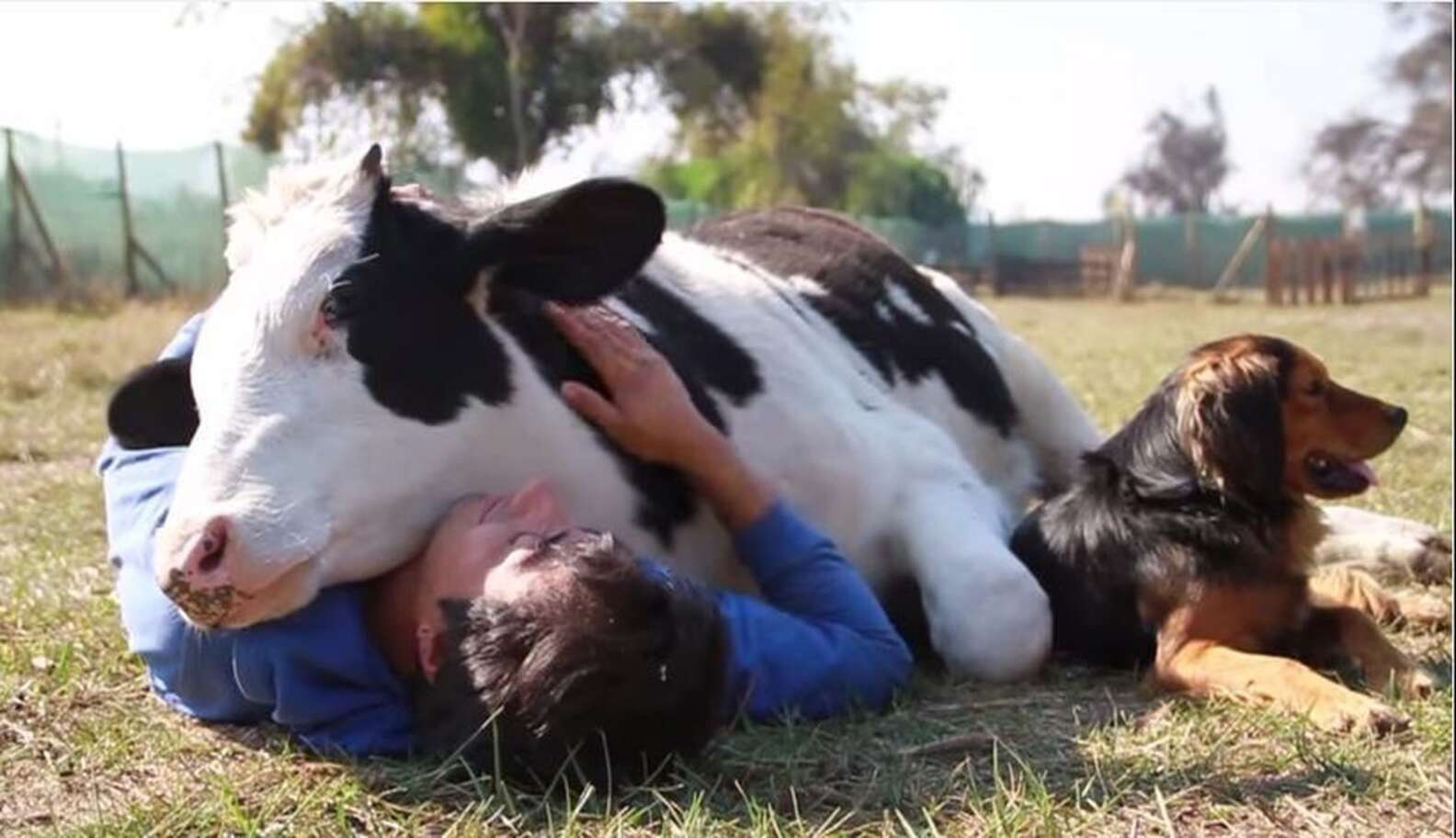 A baby bull born into the dairy industry, he was torn from his mother at birth.

The milk she produced for him was pumped from her body and sold commercially, while Salvador was fed only enough to survive. He lived in a 6.5-square-foot box, sleeping in his own feces. 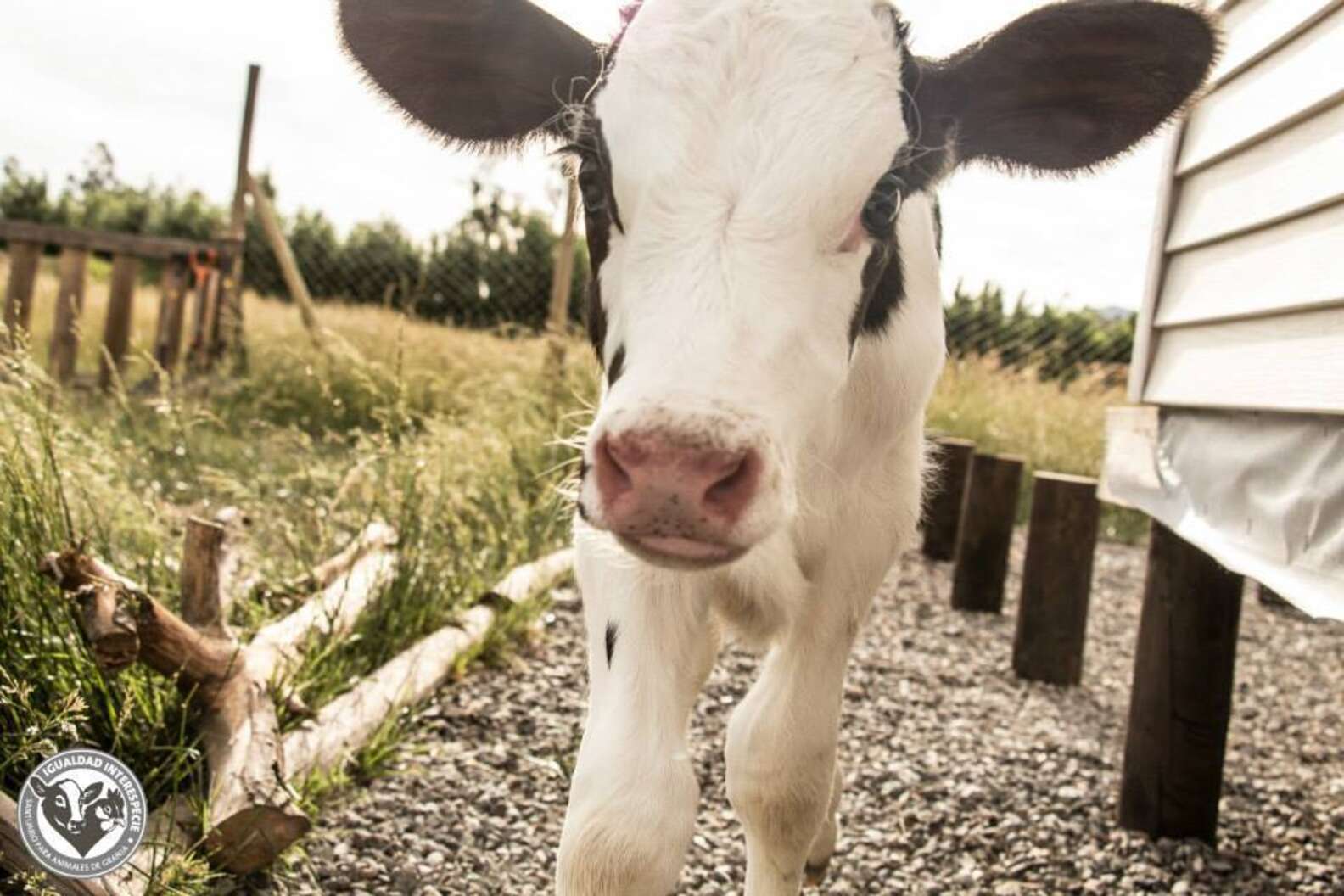 “That was what he knew of the world,” is the English translation from the Facebook page of Santuario Igualdad Interespecie, the farm animal sanctuary that adopted the calf.

CLARIFICATION: This story originally referred to Salvador as a cow. While the term “cow” is conversationally used as an umbrella term for cattle of either sex, the proper term for a male is “bull.”