A Magellanic penguin named Dindim lives in Patagonia, but since 2011 he’s got a seasonal home in Brazil. 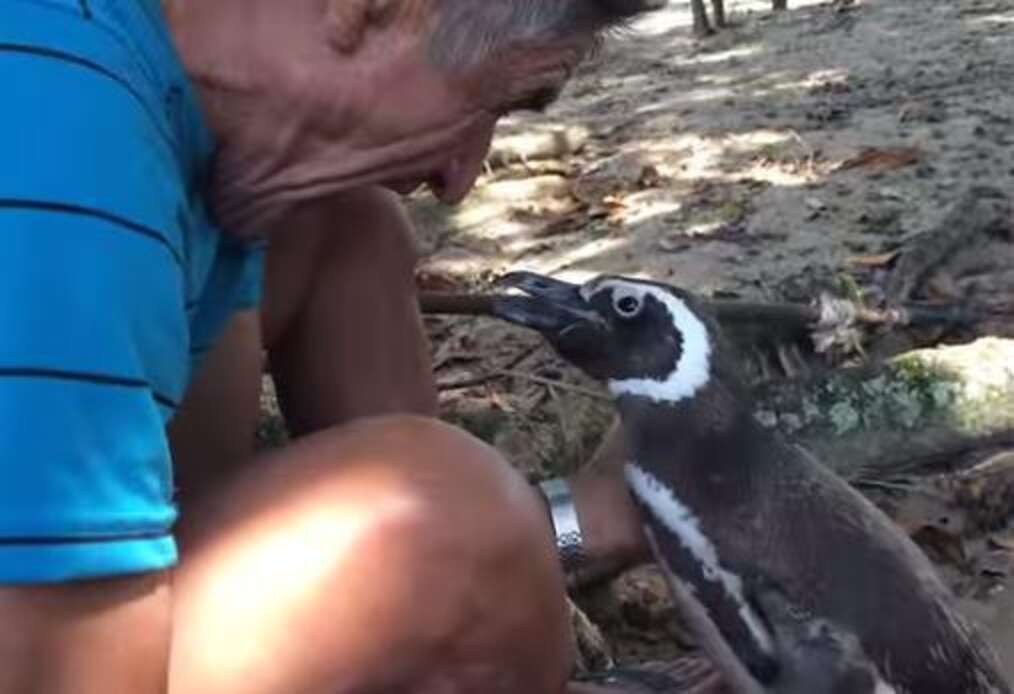 Four years ago, retired bricklayer João Pereira de Souza was walking along the beach when he found a penguin covered in oil and struggling to survive.

He brought the penguin home, cleaned him up and gave him a cool meal of sardines. He called him Dindim. 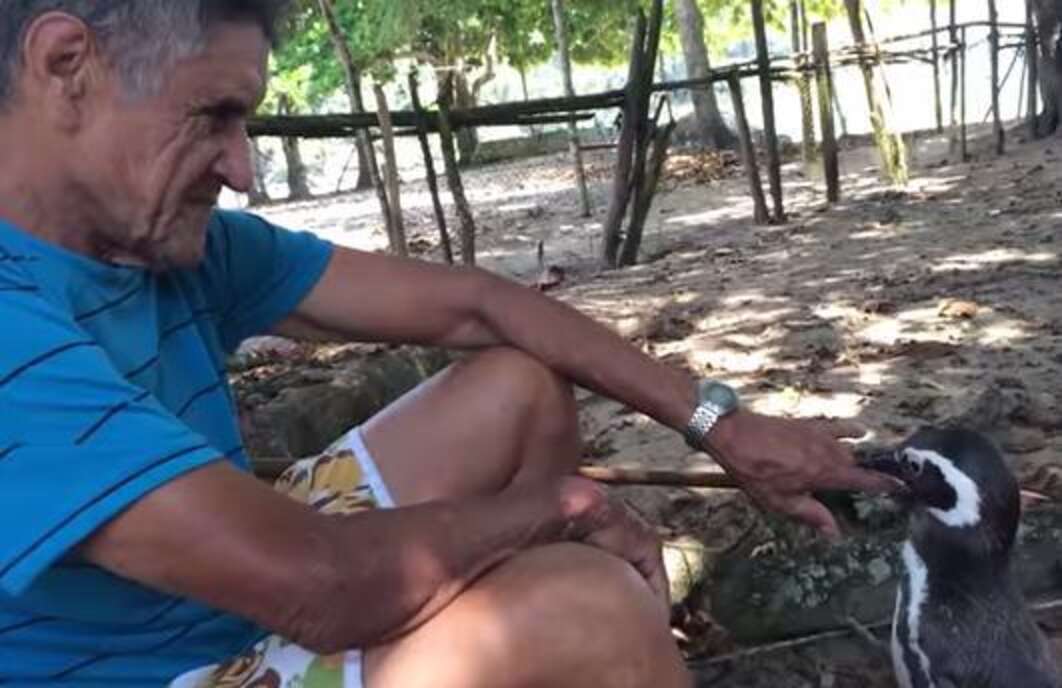 After his act of kindness, De Souza tried to do what was right: Release Dindim back into the wild.

Dindim, however, had other plans. 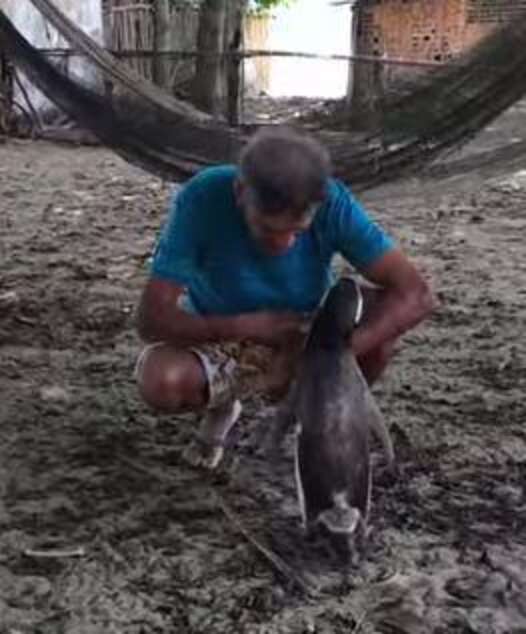 Even after the man brought the little guy out to reacquaint him with the lures of the open waters, Dindim decided to come back …

One local fisherman said no one’s ever seen anything like it around there: “The funniest thing is, the penguin might stay here for a week, then it walks down to the beach and leaves. It spends 10, 12, 15 days, then comes back to the same house.” 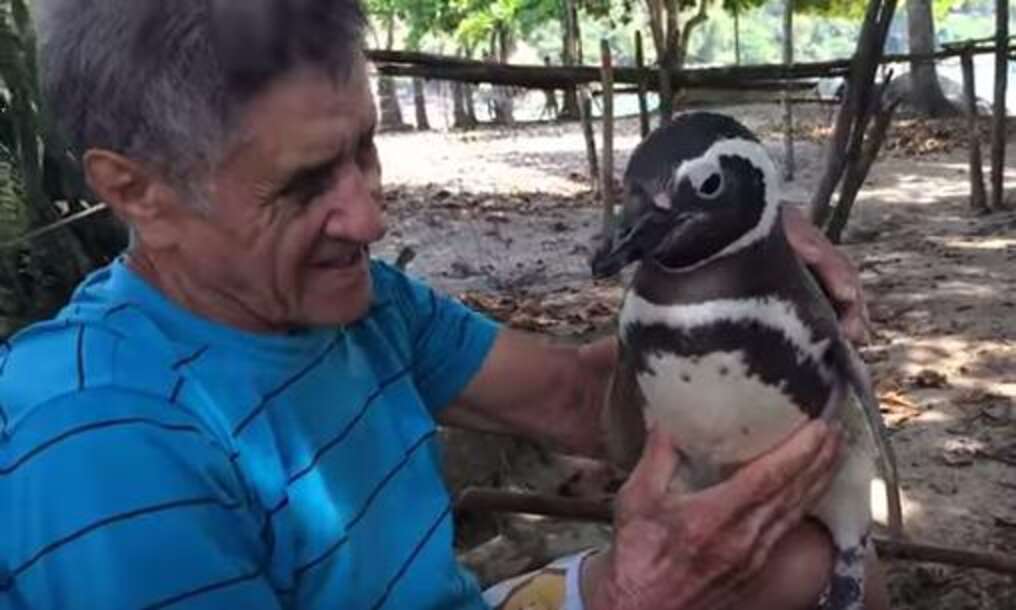 “They’re supposed to join together,” the fisherman said of the penguins, “find some path to the south, but he doesn’t.”

Dindim spends a total of about eight months out of the year at his Brazil home, with his favorite friend on earth.

Dindim isn’t only incredibly loyal to the man who saved his life years ago. According to the Wall Street Journal’s video on the pair, Dindim has a jealous streak: He won’t let any other animals near his sweet human. 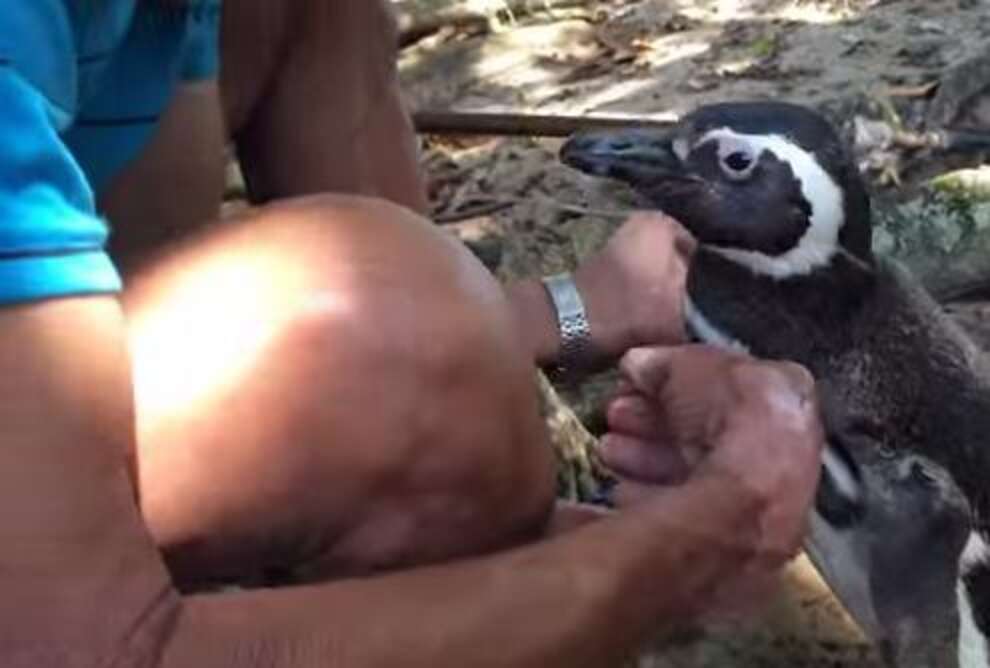 Watch a video on the friends below: