When Grace Redmon and her dad first met Athena, the cat was living two doors down from Redmon’s dad with another family. She would often leave her house to play outside, and would spend a lot of time in Redmon’s dad’s backyard, watching birds and getting attention from her favorite neighbor.

“She was very friendly and my dad would feed and pet her, so she would come around more often, especially right as he got home from work,” Redmon said. “She would be right outside his door waiting when he pulled in.” 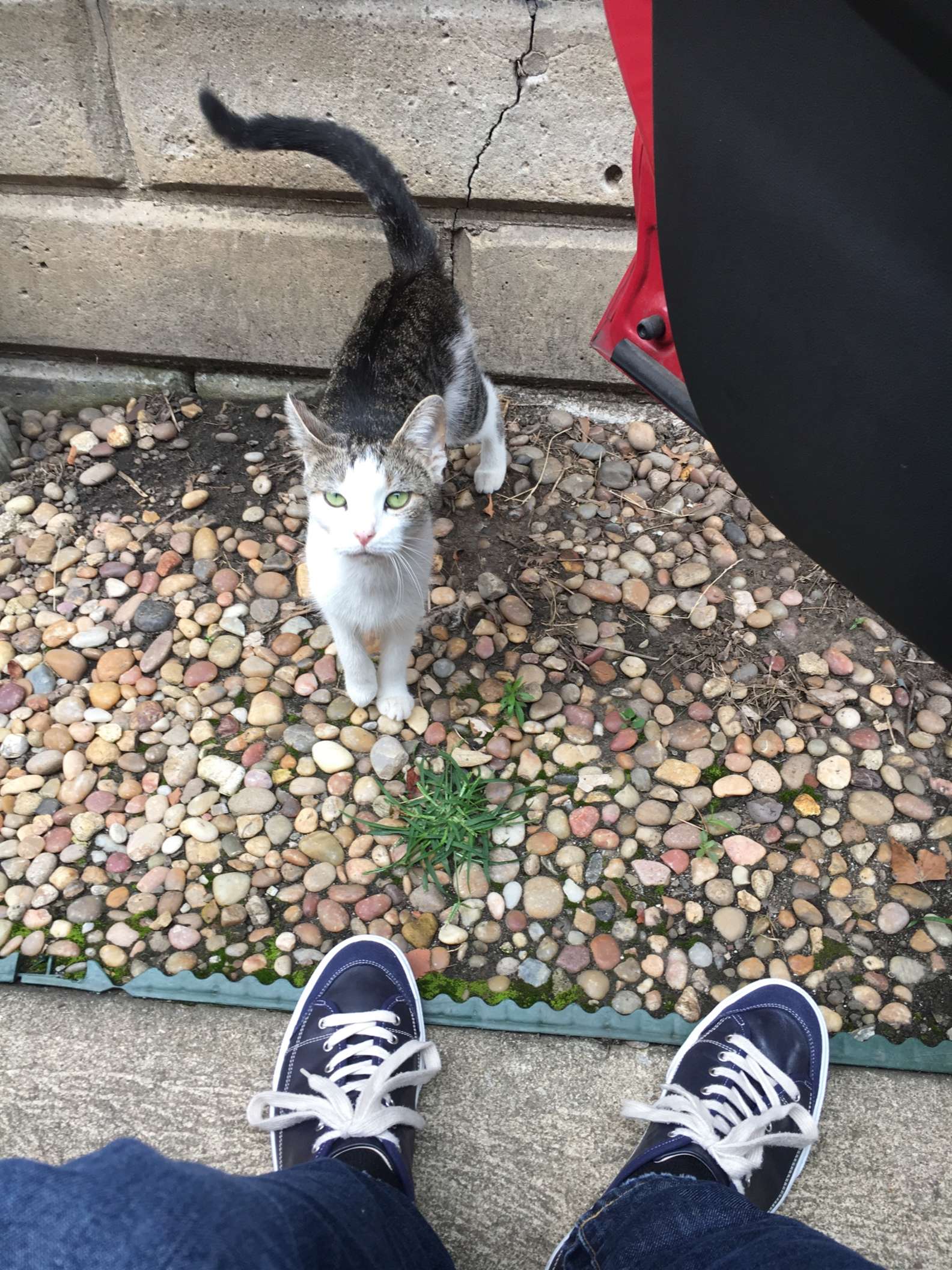 About 10 months ago, Athena’s family got two dogs who didn’t get along with their new cat sister very well — and so Athena was kicked out of her house and forced to live outside.

Confused and heartbroken, Athena began sleeping under her neighbor friend’s porch, and he soon began to notice signs that she might be pregnant.

“It was hard to tell, though, since she was so skinny,” Redmon said. 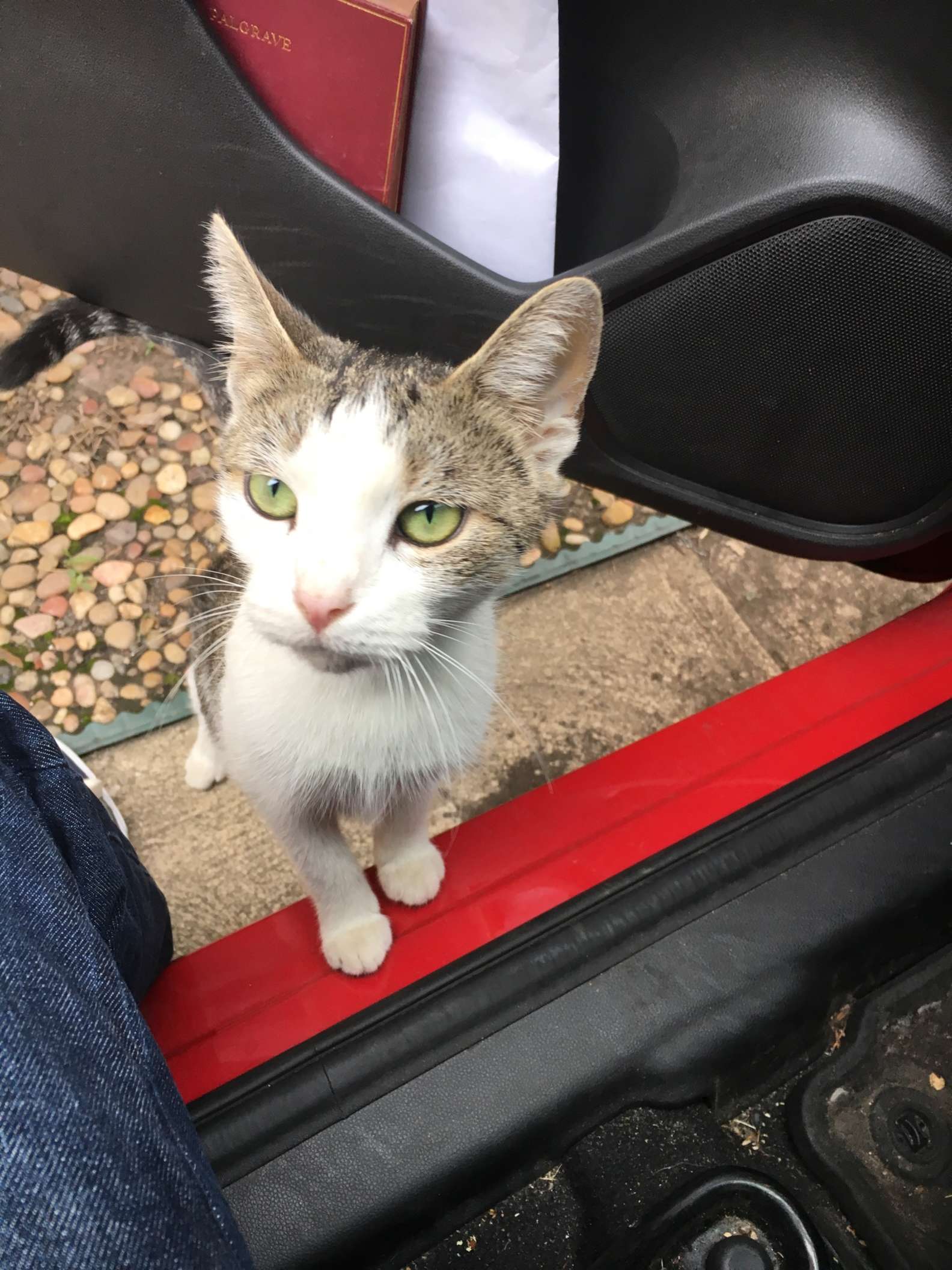 One day, Redmon’s dad heard tiny meows coming from under his porch, but when he went to try and find Athena and her kittens, he couldn’t get to them. Athena had them very well-hidden, and Redmon’s dad was at a bit of a loss of what to do.

After several weeks had gone by, Redmon’s dad went outside into his yard … 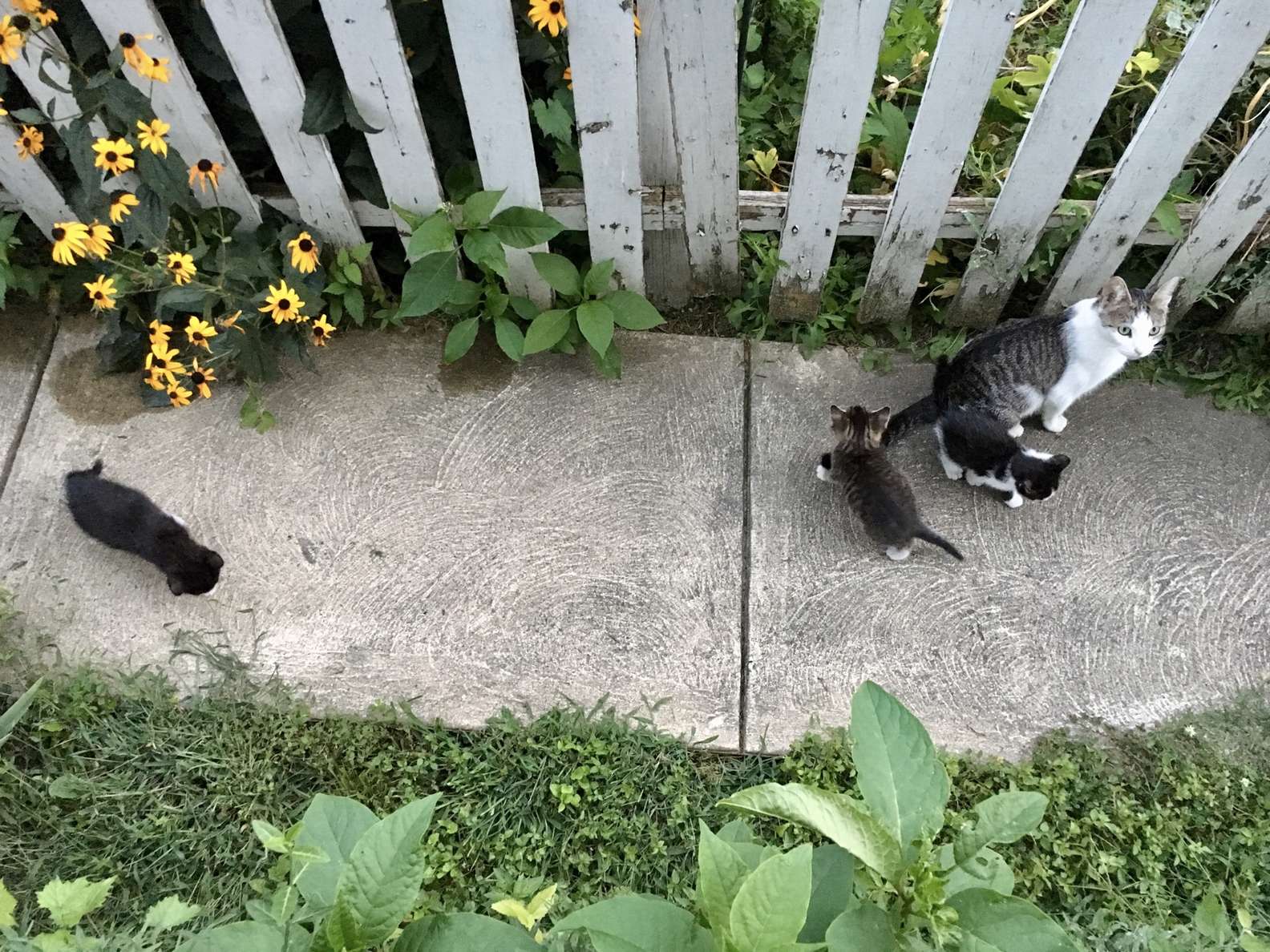 … and was shocked to see Athena and three little kittens, going for a stroll together. He quickly took a picture for his daughter, who is an avid animal lover, and she immediately offered to come over and help him catch them all and bring them inside.

At first her dad was reluctant, as he already had two senior cats and he wasn’t sure how they would react to a family of kittens. Redmon had no room in her own house either, but she convinced her dad they needed to get the little family inside so they could be properly cared for. 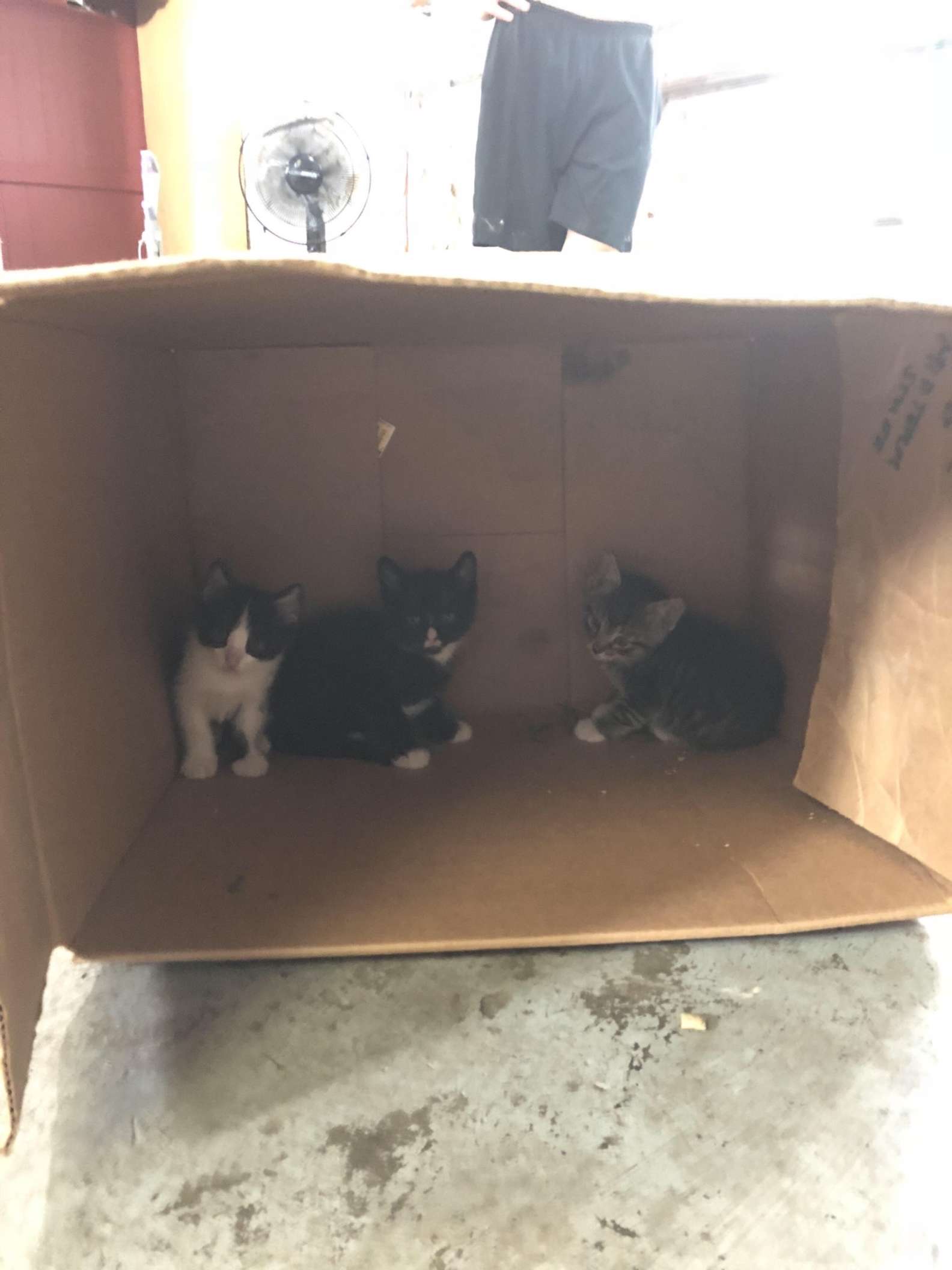 “On probably the hottest and most humid day of the summer, I went over and wrangled her three kittens, who were very outraged at being caught and were likely 8 weeks old at that point,” Redmon said. “Athena followed us inside happily, and we set out some food for everyone. The kittens were very skittish but Athena was her normal loving and happy self.”

Even after everything she’d been through, Athena seemed completely unfazed by everything, and settled in easily and happily to her neighbor’s house. It was as if, somehow, she knew that was where she was supposed to end up all along. 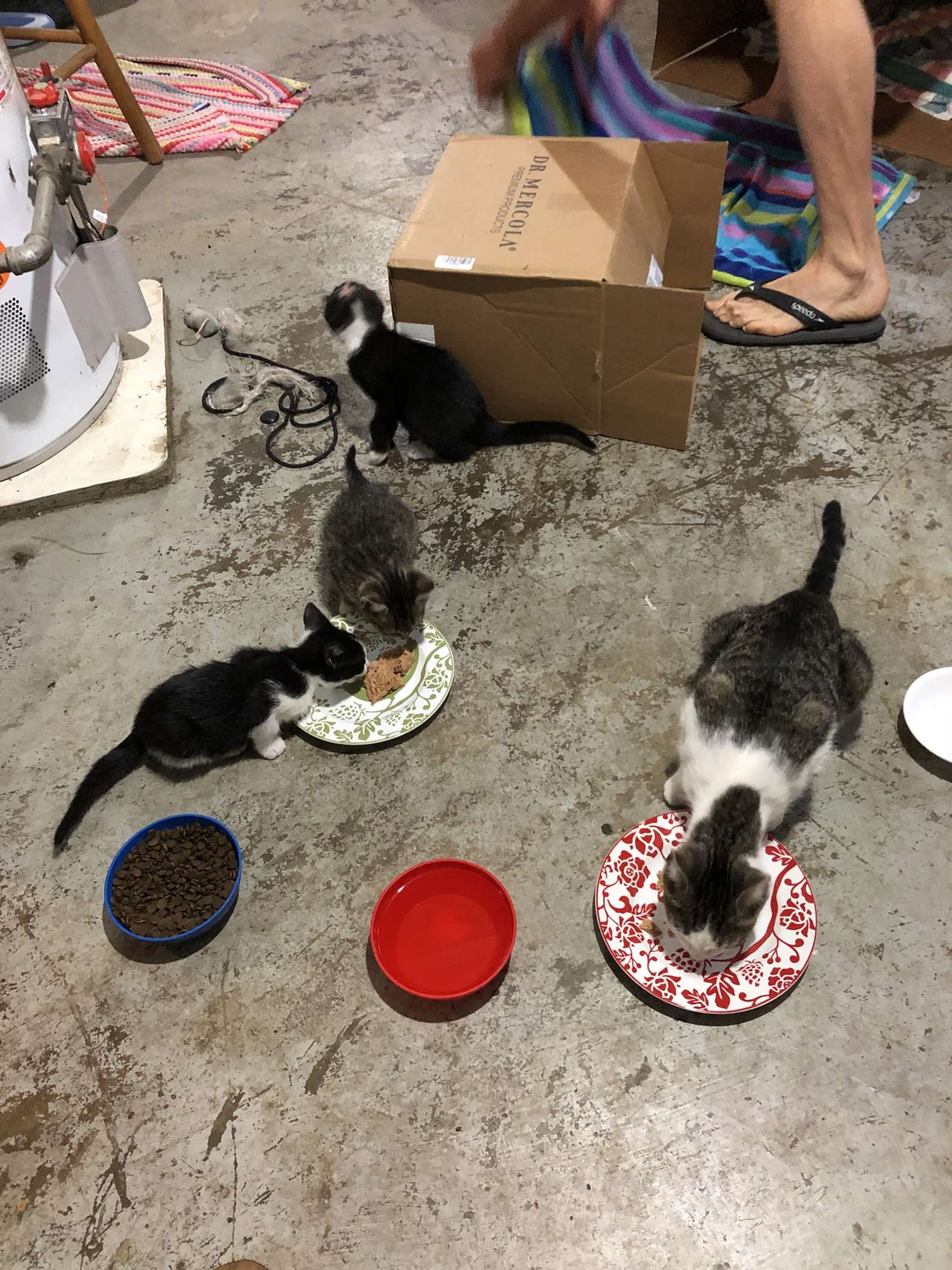 Redmon was able to work with a rescue to get the entire family spayed or neutered and vaccinated, and she kept them in her dad’s huge basement at first before slowly introducing them to the other cats in the house. She named the kittens Zeus, Artemis and Apollo, and even though he didn’t want to admit it, her dad slowly began to fall in love with all three of them.

Unfortunately, Redmon was unable to adopt the little family herself because she already had too many cats in her home, so she knew the only way to keep them in the family was to convince her dad that they had already found the forever home they were meant to be in. 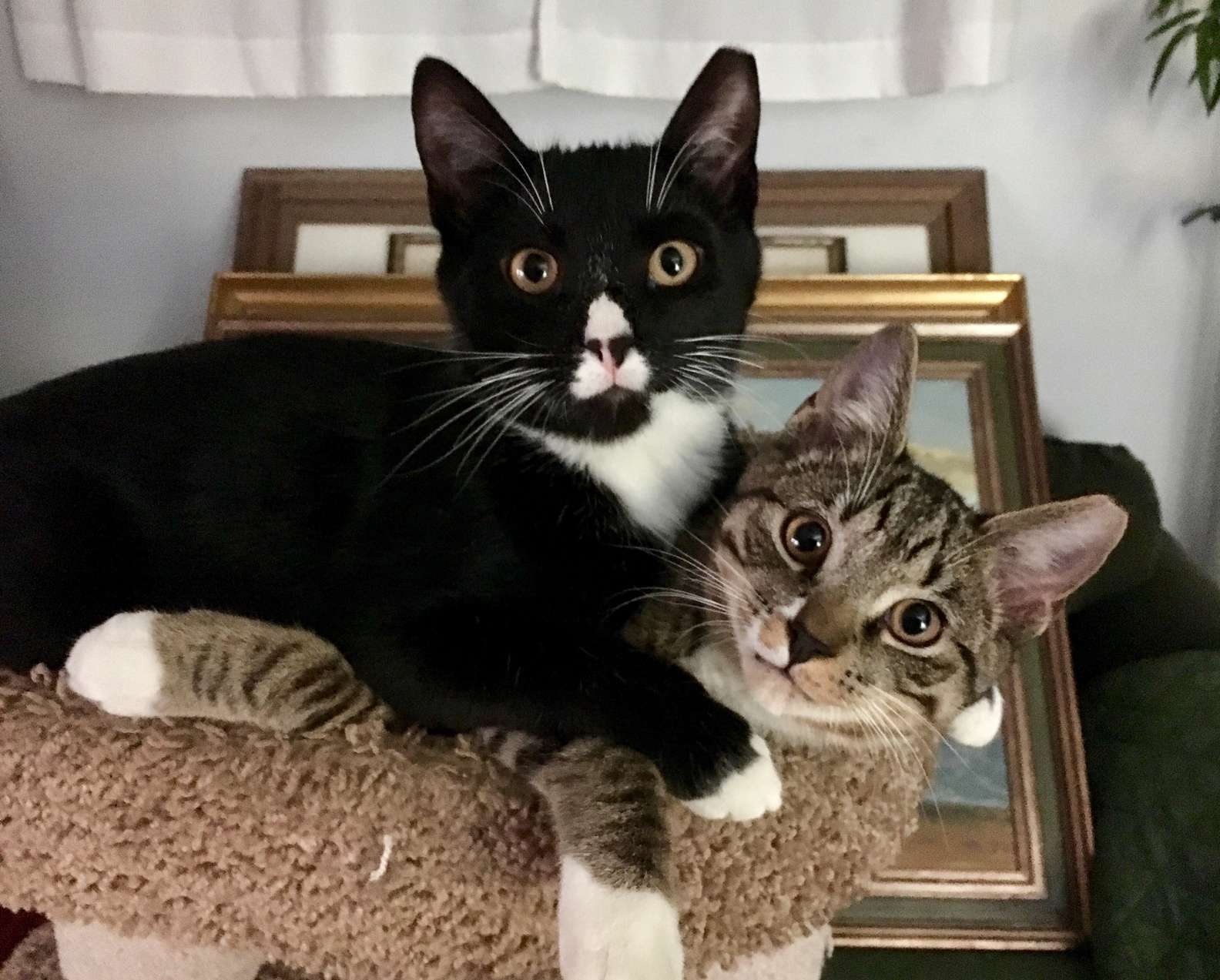 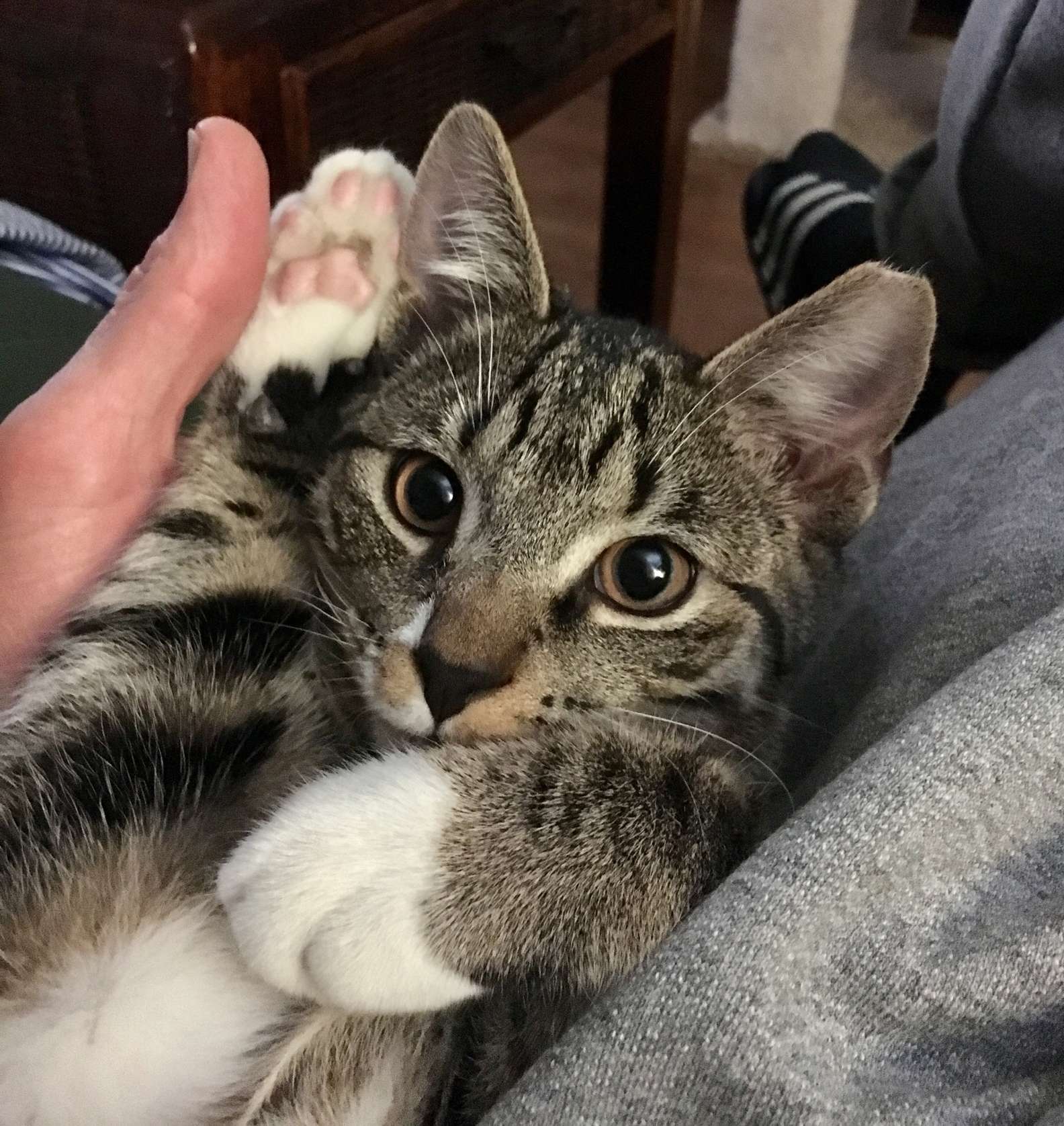 Finally, Redmon’s dad realized that he loved all four of the new additions to his home, and admitted to himself and to his daughter that they had found where they belonged.

The little family has been in their new home for about six months now, and none of them could be any happier if they tried. The senior cats who already lived in the house love taking care of their new kitten grandchildren, and everyone is just so content — especially Athena. 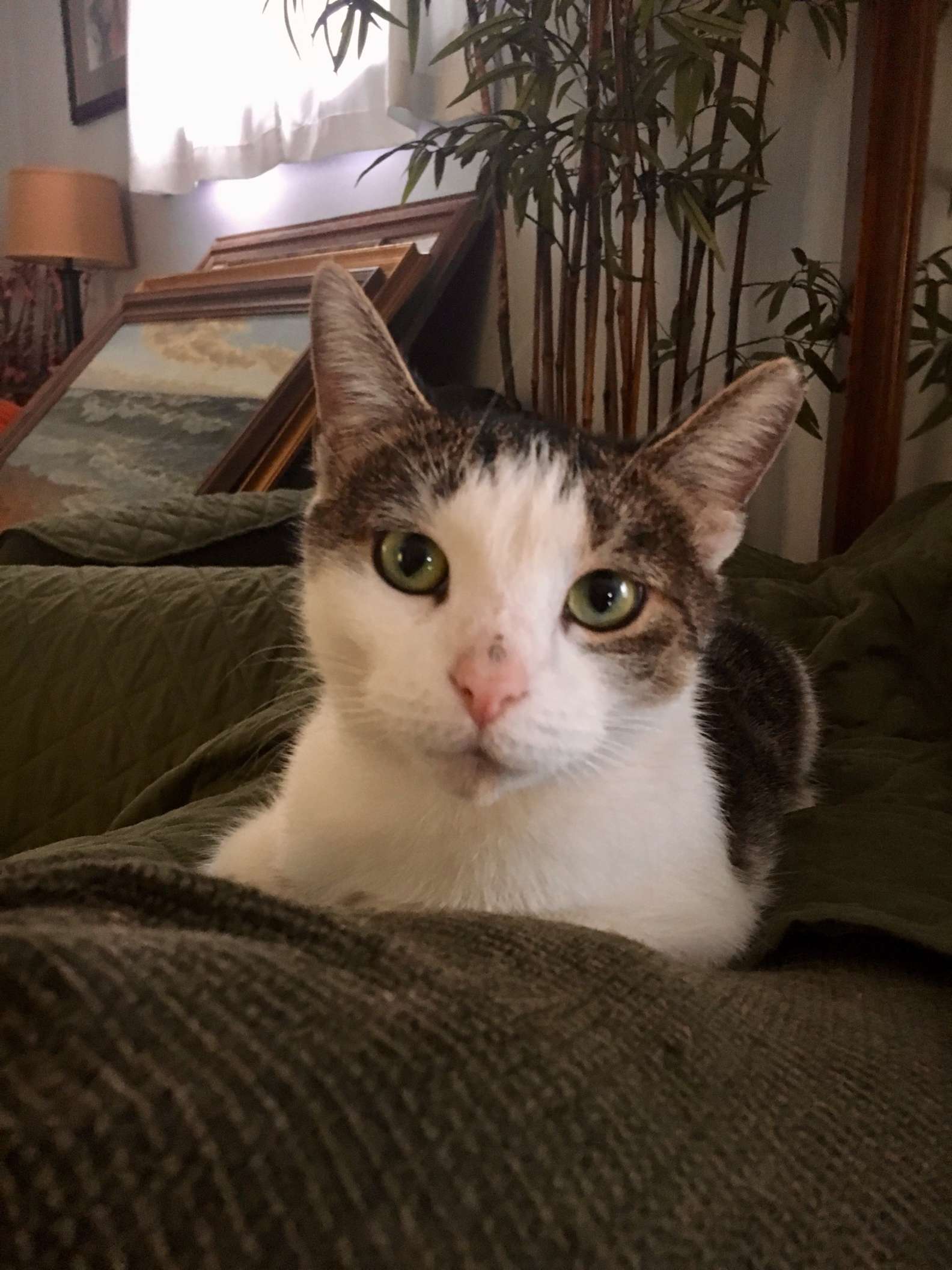 “She still likes to look out the back to watch birds, but otherwise she is often on my dad’s lap sleeping or following him around the house,” Redmon said. “Athena is now a happy and healthy sweetheart — she didn’t lose any of her friendliness in the whole transition.”