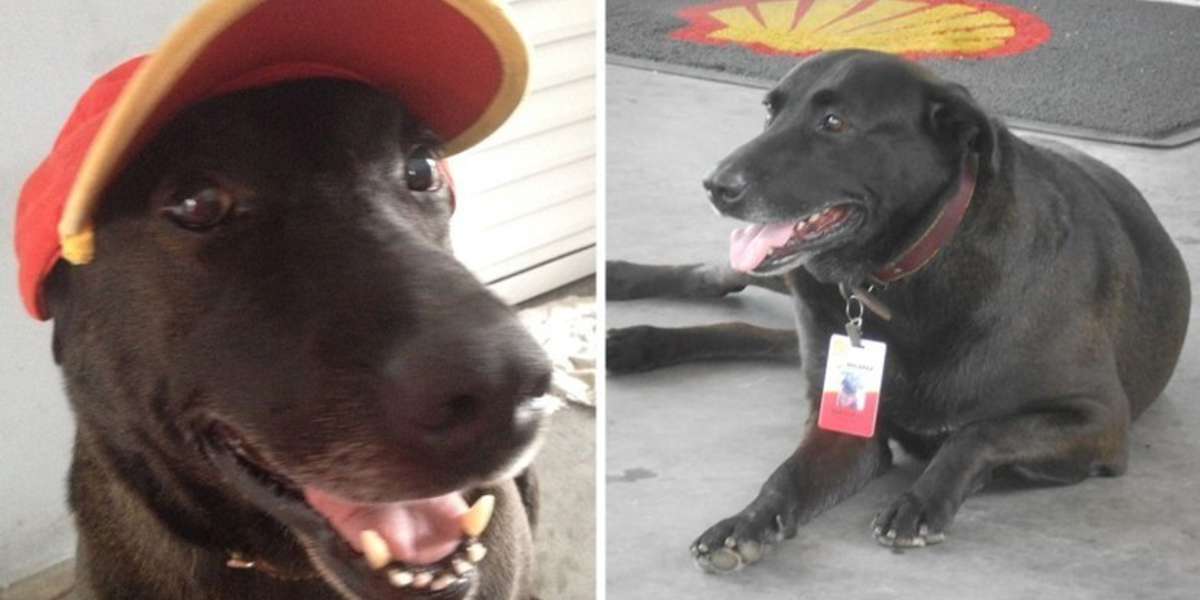 Nego, the friendly dog, isn’t your usual gas station employee, but he’s definitely one of the sweetest.

Sabrina Plannerer and her boyfriend bought a Shell petrol station under construction in Mogi das Cruzes, Brazil, a few years ago. She spotted the adult dog prowling about the property at this time, after he’d been abandoned there by his previous owner and was too scared to go.

Rather of attempting to push Nego away, they moved in to assist him.

“We adopted him right away and provided him with all of the attention that animals require,” Plannerer tells The Dodo. “We brought him to the vet to get him dewormed and vaccinated. We got him some food, a dog home, and a leash so he could go on walks.”

Nego even obtained a job when the gas station eventually opened…

…as well as a badge to prove it.

Plannerer was not really clear what Nego would respond to the unexpected flurry of activity in the area he’d called home at first, but the joyful dog has shown to be a natural at giving world-class customer support.

He does it with a smile on his face.

“Nego watches for people to come before going up to greet them and win them over with his charms,” Plannerer explains. “His clients adore him. Some of his visitors even bring him toys.”

The dog’s existence isn’t confined to these brief meetings, as much as he likes his work as a greeting. Every day, Plannerer or another employee takes Nego for a stroll around town to keep him in shape. And because the gas station is open 24 hours a day, there’s always at least one colleague nearby to ensure he’s happy and safe.

Nego has become something of a poster dog for Grupo FERA’s local program, which attempts to match needy stray canines with companies if they can’t find a more traditional home.

“It’s been fantastic,” a Grupo FERA representative tells The Dodo. “It’s encouraged people to have more regard for animals.” “And workers like the company of a four-legged coworker.”

Plannerer agrees, adding she hopes Nego’s tale will inspire other businesses to recruit a canine employee. Who wouldn’t like to be greeted like this while stopping to fill up the gas tank?