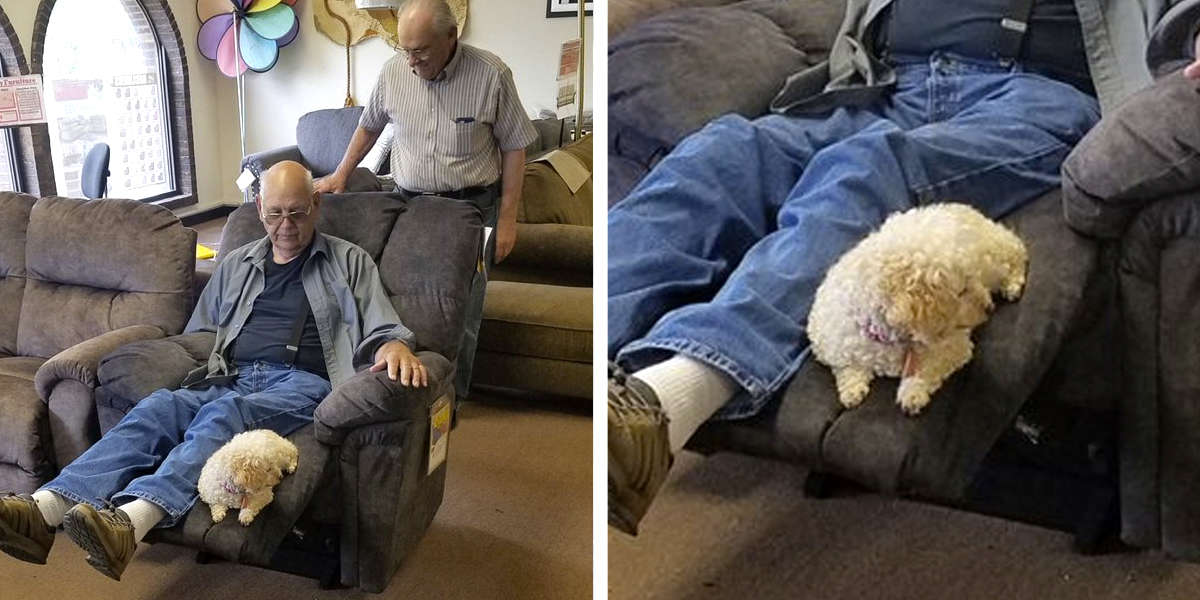 Aleecia Dahl’s grandfather, believe it or not, originally said he didn’t want a dog at all, but today he pretty well embodies what it means to be a proud pet parent.

It all began when he first met Coco.

Dahl told The Dodo, “Coco is the dog Grandpa never wanted but can’t live without.” “They’re the greatest of pals he didn’t even realize he needed.”

Coco and Grandpa are practically inseparable. When they’re not out and about on an excursion, the adorable couple may be found resting in their favorite chair.

That tried-and-true sitting position, however, was recently retired, prompting a hunt for a successor that came with one very significant condition.

“Grandma and Grandpa had to buy new furniture when they moved,” Dahl said. “Grandpa insisted on his lounge chair’s footrest being broad enough for him and Coco to sit side by side.”

So, in typical Grandpa manner, he took Coco to the furniture store to make sure that whatever he chose would also fit her.

Dahl stated, “He took Coco into many places to try various seats until he found the ideal one.” “I’m sure it’s not every day a man and his dog go furniture shopping!” “Coco was always greeted with a smile!”

Coco, no sure, relished the opportunity to have a say in such a significant choice.

Thankfully, they were able to find a chair that was a perfect match for them both – a cushy chair suitable for two lovely buddies. Dahl’s grandfather, on the other hand, would not have it any other way.

Dahl described her as “his tiny best pal.”