When Mike Flanagan decided to bring home a Rottweiler puppy, it wasn’t a popular decision with one important person: his mother-in-law, Peggy Allen.

“She likes all dogs, but at 80 years old and being pretty small herself, giant dogs are a knockdown risk,” Flanagan told The Dodo.

And Allen, known as Grammy, made her feelings known upon learning of Gus, the family’s newest member: “A Rottweiler? Well, I must admit I have always preferred lapdogs,” she said. 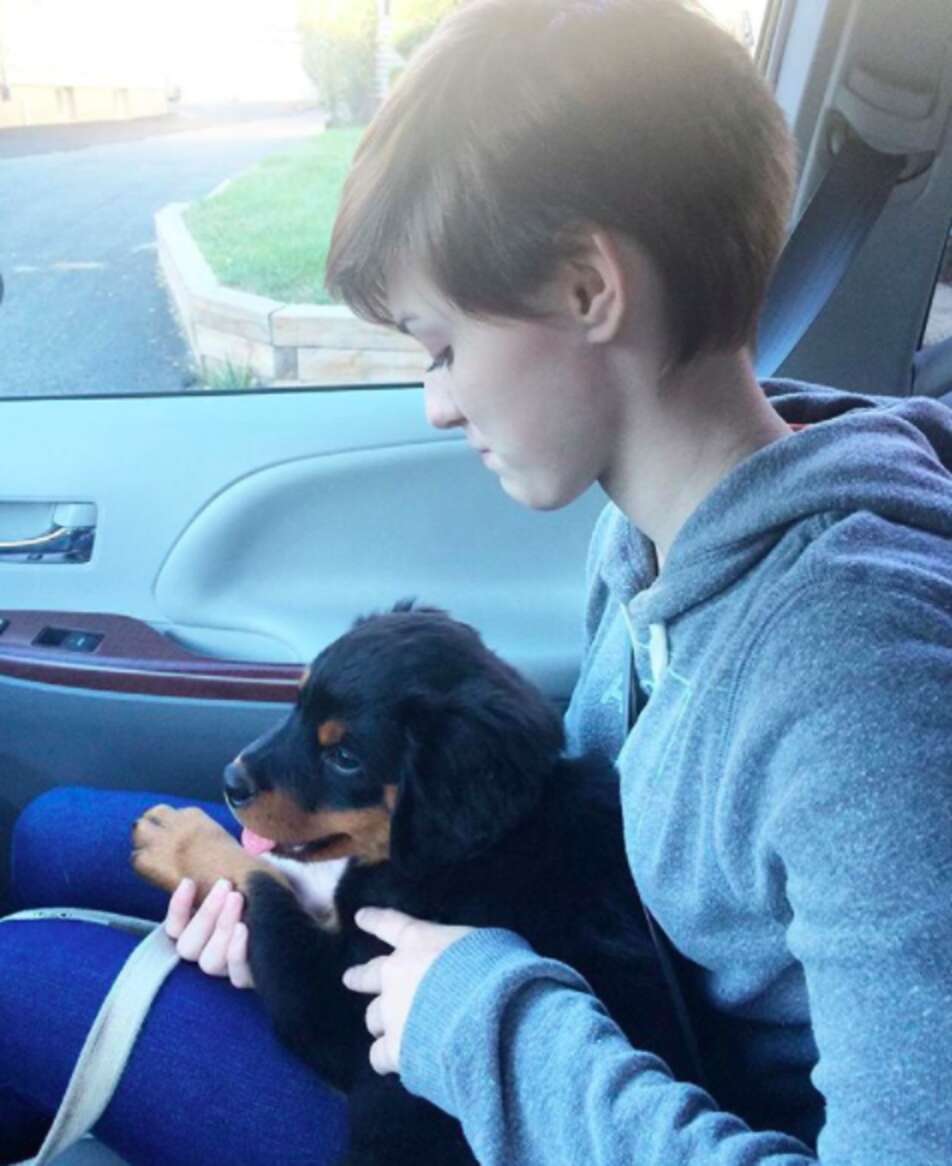 Still, Flanagan was cautiously optimistic that the two would get along. And judging by Grammy’s first visit, it seemed his instincts were correct.

“Grammy likes her peace and quiet and she likes her space,” Flanagan said. “They would not seem the best fit, but we were all surprised how quickly they took to each other. Grammy quickly taught Gus he was allowed up, but only if she invited him.” 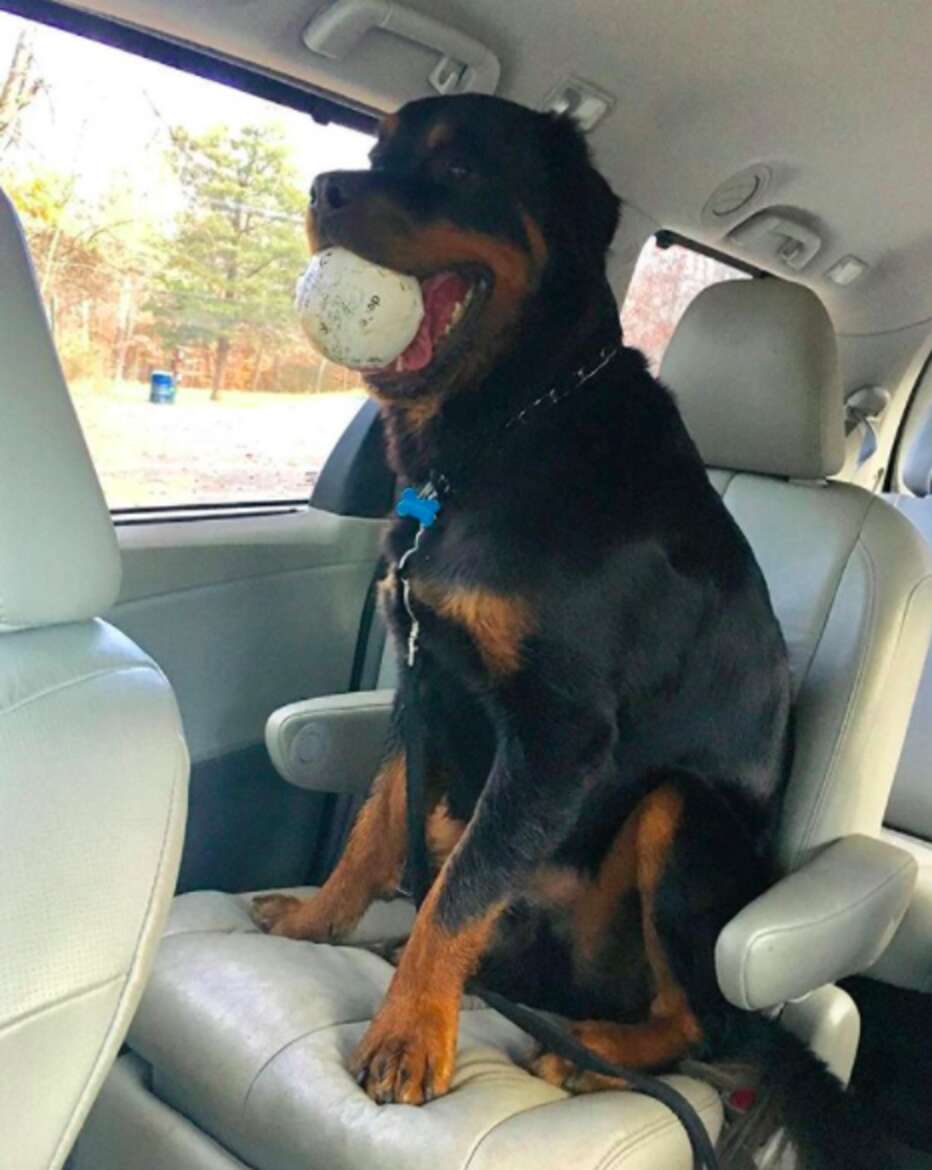 Grammy’s life, too, had been altered by the loss of her husband.

Gus couldn’t have known that Grammy was visiting to attend a memorial service, but he knew she needed something. And the large dog seemed determined to be whatever that something was. “Gus didn’t leave her side that whole visit,” Flanagan said. “He slept by her bed. He waited outside the bathroom door. When she left and came back he let out an ‘AROOOOOOOO’ of happiness that Grammy had come back.”

Some might call his behavior a tad clingy, but Grammy seemed unfazed by the attention.

“When my wife said, ‘Mom, Gus sure does love you.’ Grammy casually replied, ‘We have a thing,’” Flanagan added. 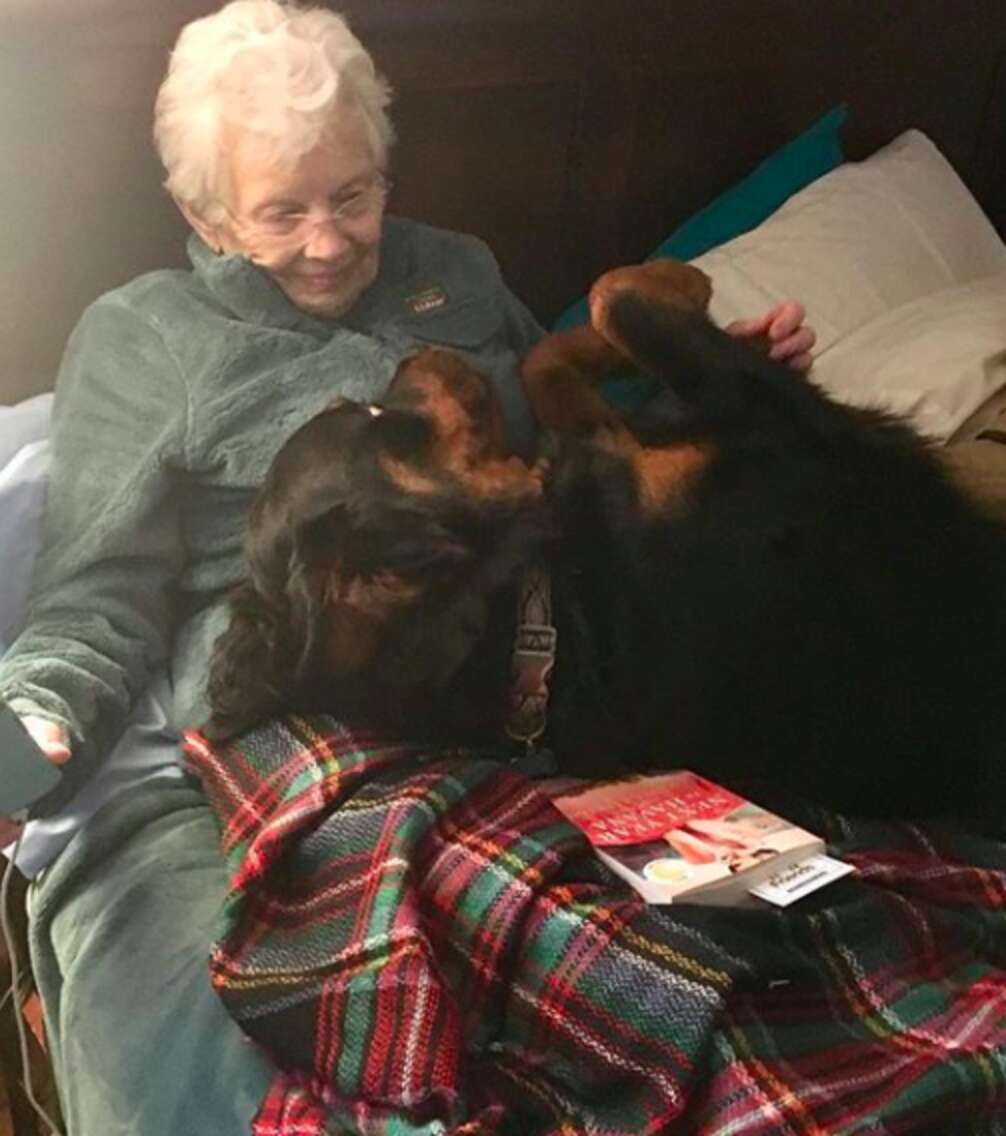 While Gus and Grammy have a special bond, Gus’ love doesn’t discriminate. This eagerness to snuggle has even earned him the nickname “Certified Loverbutt.”

“Gus has been an amazing fit,” Flanagan said. “We are a very outdoorsy family, taking hiking trips into the Catskills or staying local for picnics and trips to the pond. Gus is always up for an outing.” 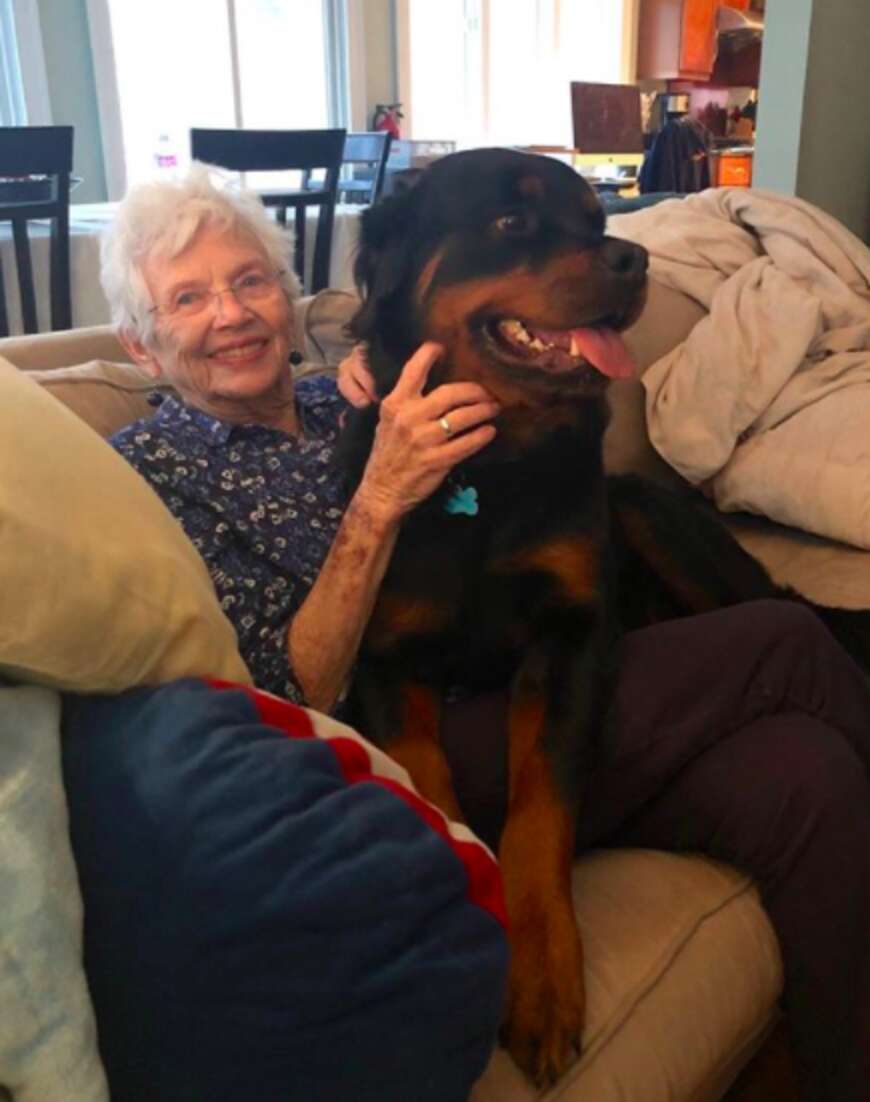 Just as Gus could tune into what Grammy needed, the dog has a different, special relationship with each family member.

“He’s a playmate with my sons. A cuddler with my daughter. His watchfulness has proven to be the biggest reliever of my wife’s anxiety. She simply feels safer in the house with Gus there,” Flanagan added. “He is always present, always there and always ready for love.” 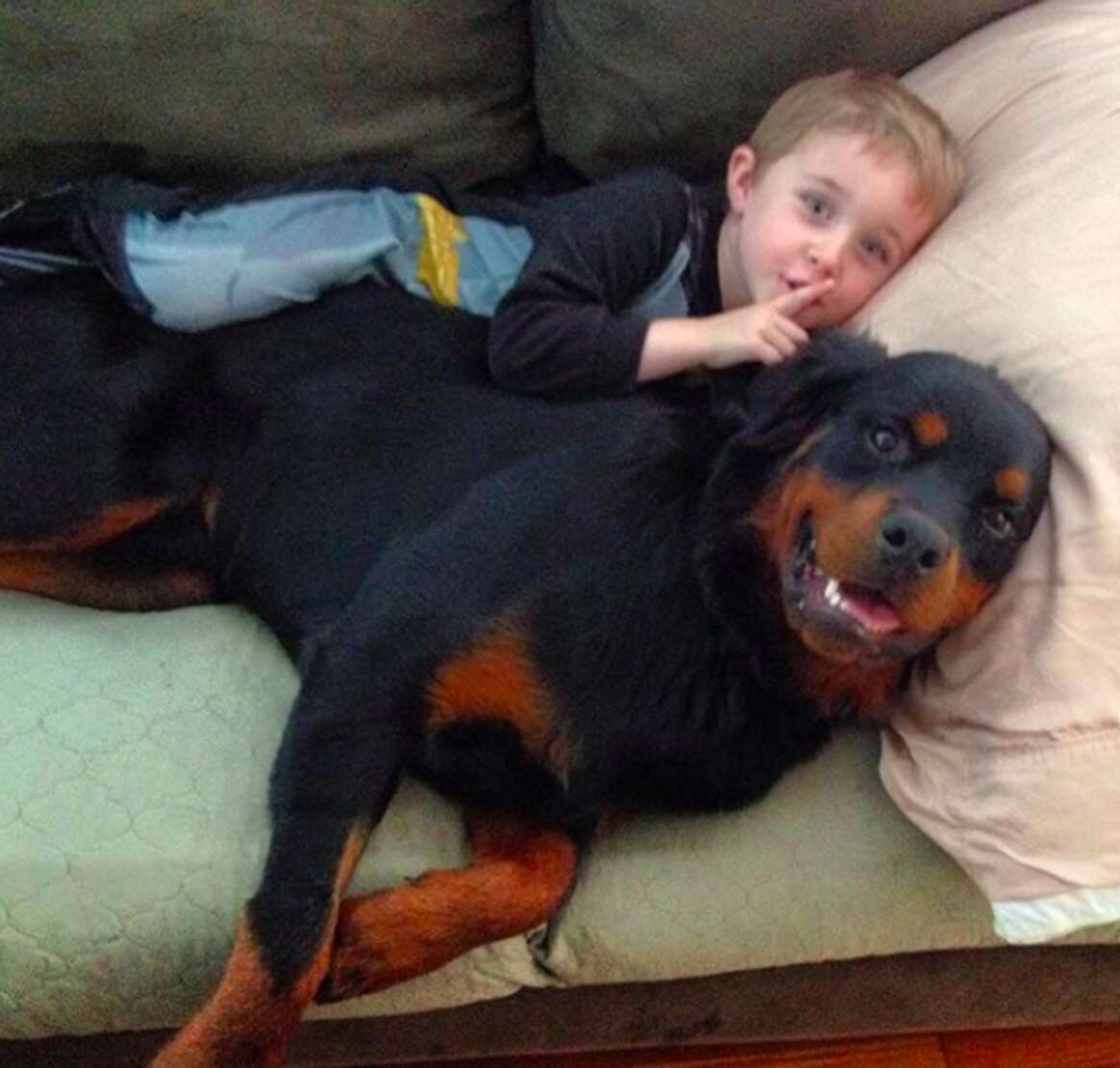 It’s fair to say that the giant dog has earned the family’s approval — especially Grammy’s. 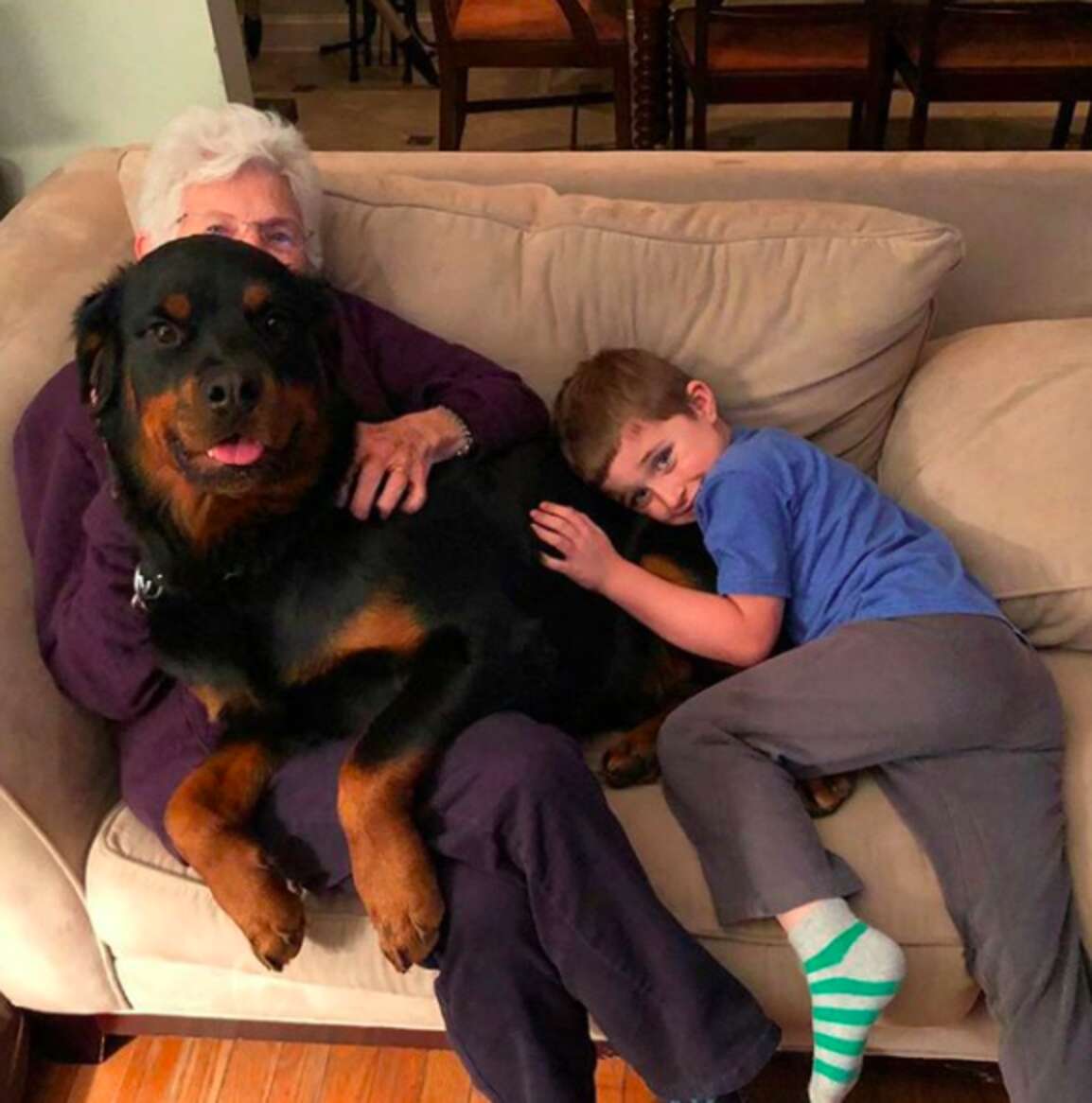 Now, whenever Grammy sees Gus, she makes sure her feelings are known.

“They are attached,” Flanagan said. “Grammy constantly chats with Gus and reminds him what a good boy he is.”