A chance encounter with an injured bird in an Australian park has lead to an unusual animal friendship that is touching hearts around the globe. One day, while taking Milo for a walk, the Israili family and their dog Milo found an injured bird in a Melbourne park.

The galah had a broken wing so Abdul and his daughter Charlotte brought the bird home to care for it. Milo, a Staffordshire Terrier Blue Heeler mix, was instantly mesmerized with the bird and would sit by the bird’s cage as his wing healed.

The family opened up the bird’s cage after his wing healed so that he could return to the wild, but the bird opted to stay and they named him ‘Cracker’. Cracker began to climb down to the bottom of the cage so he could be closer to the attentive Milo. And Milo would try and lick Cracker through the cage. Eventually Cracker climbed down the outside of his cage so he could be by Milo’s side on the floor. Charlotte closely monitored their interactions but the two were gentle and loving with each other. The two quickly became inseparable, sharing beds and following each other around the house. 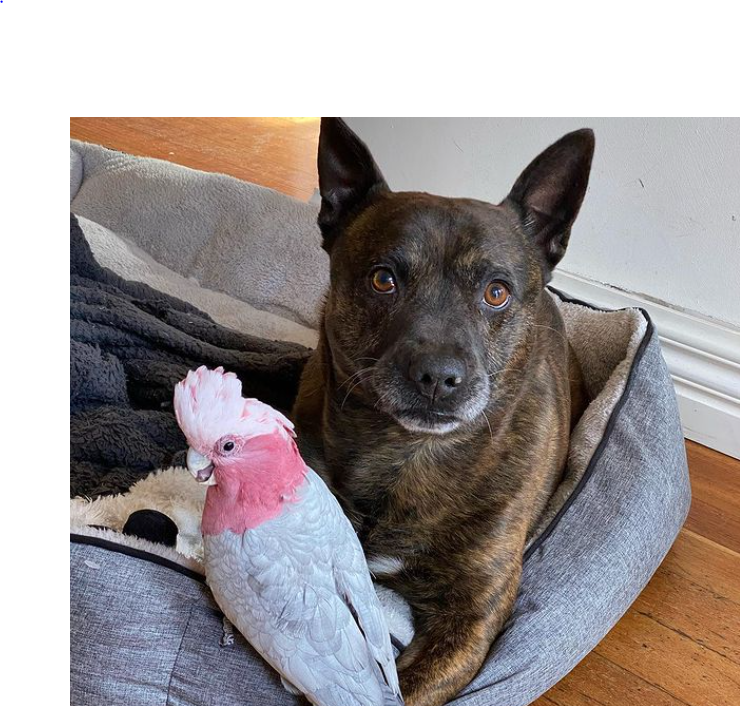 In the midst of this blossoming friendship, Cracker flew away and disappeared. The family looked around the neighborhood but there was no sign of Cracker. Milo was understandably upset, whimpering and looking for his lost friend. Charlotte told 9Now Australia that they thought Cracker had returned to the wild and chances of finding him again were slim. But two weeks later Lort Smith Animal Hospital posted online that they’d found a galah.