Sheyne Lee Benoit was walking near his house in New York when he came across a love affair for the ages taking place on the doorstep of a building.

Who are the main characters in this steamy romance? A plump squirrel and a much-loved pizza slice. 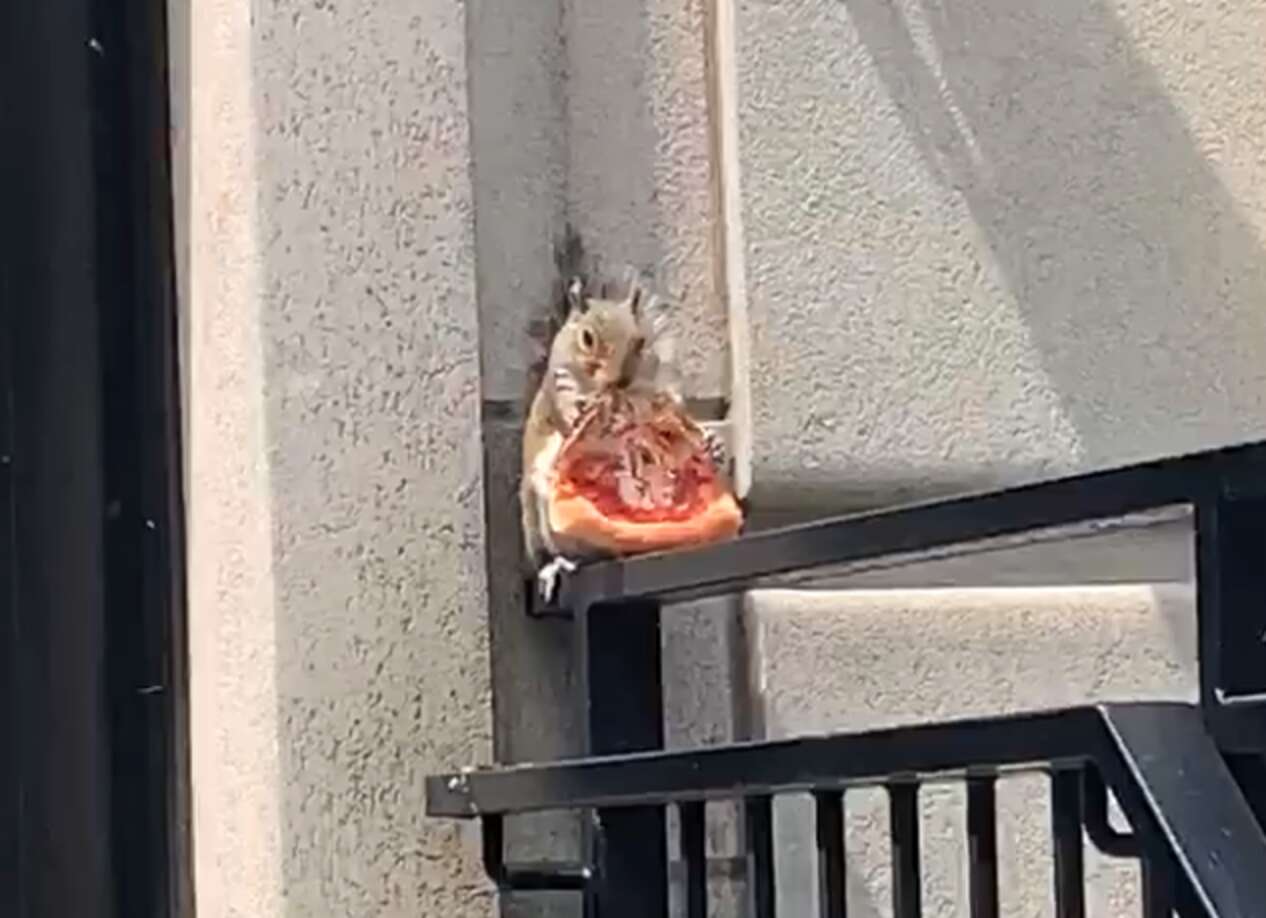 It’s unclear how the squirrel and the slice of pizza met, but it was clearly love at first sight.

The squirrel dove into that tempting slice as Benoit watched from distance, showing no sign of being embarrassed that anyone was watching.

Here’s some footage (NSFW) from that incredible moment:

Aside from the fact that the squirrel appears to be hesitant to express his true love, the video provides few details. He pushed their small tryst further out of reach after noticing Benoit appeared to be interested in the slice as well.