10 kangaroos were rescued for their zoo in Kharkiv. They were not safe there because of the war in Ukraine.

Kangaroos were saved by a man in a van.

A video was shared by Feldman Ecopark. 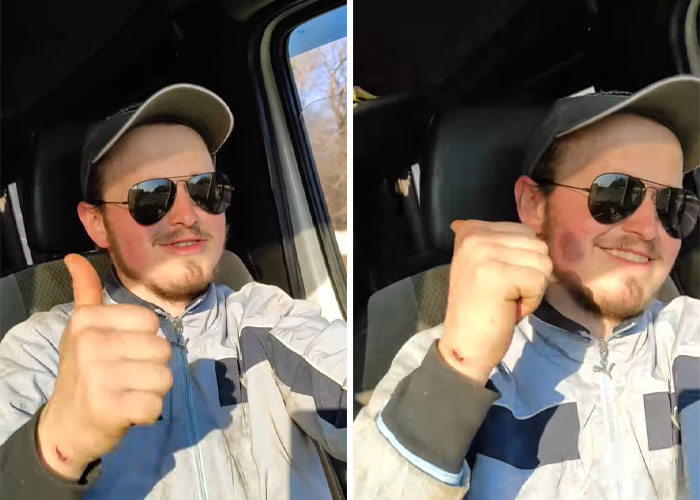 “Today is a month since the beginning of the war, and we’re continuing the evacuation of the animals,” the driver said in the video, translated by The Washington Post.

A sad news was shared on Friday, March 25th. 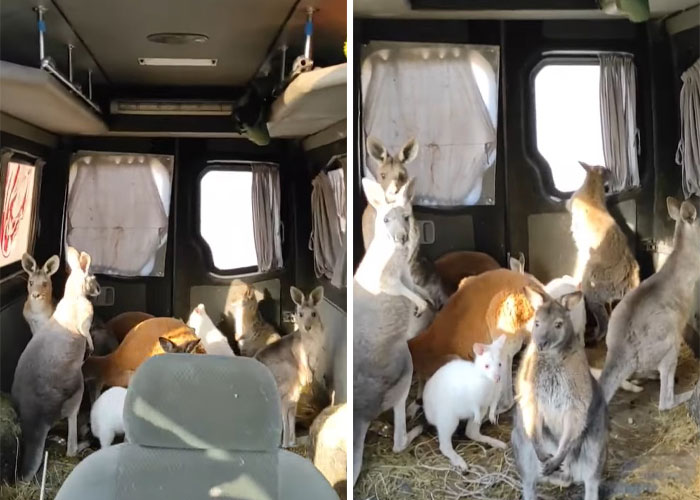 “Four fallow deer and three Welsh goats became victims of another barbaric shelling. The list of victims of aggression among our pets is growing – it already includes large felines, primates, ungulates, marsupials, birds…”
Also, a lot of rare turtles were saved as well. 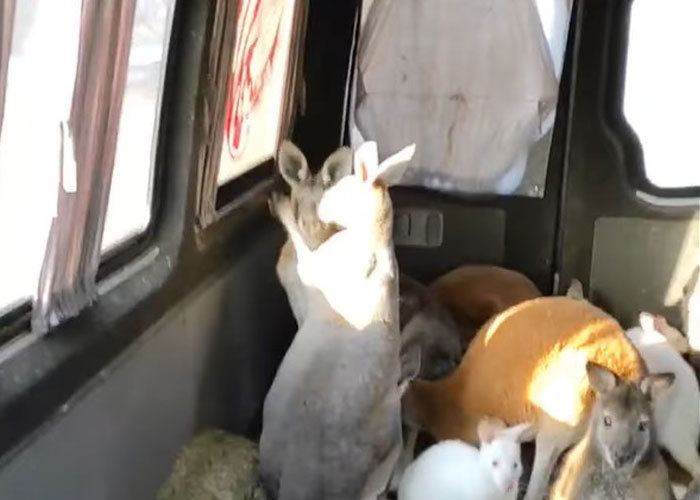 Others, such as these red-furred, foxlike wolves, have run away themselves following the shelling and damage to enclosures.

We hope for a better place for humans and animals. 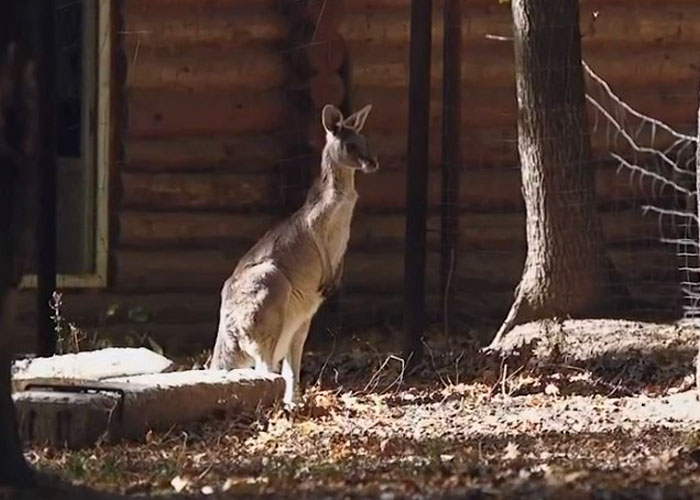