Something fascinating is happening in a nest in Illinois. Two male bald eagles have been spotted helping a female bald eagle keep the eggs in the nest warm. 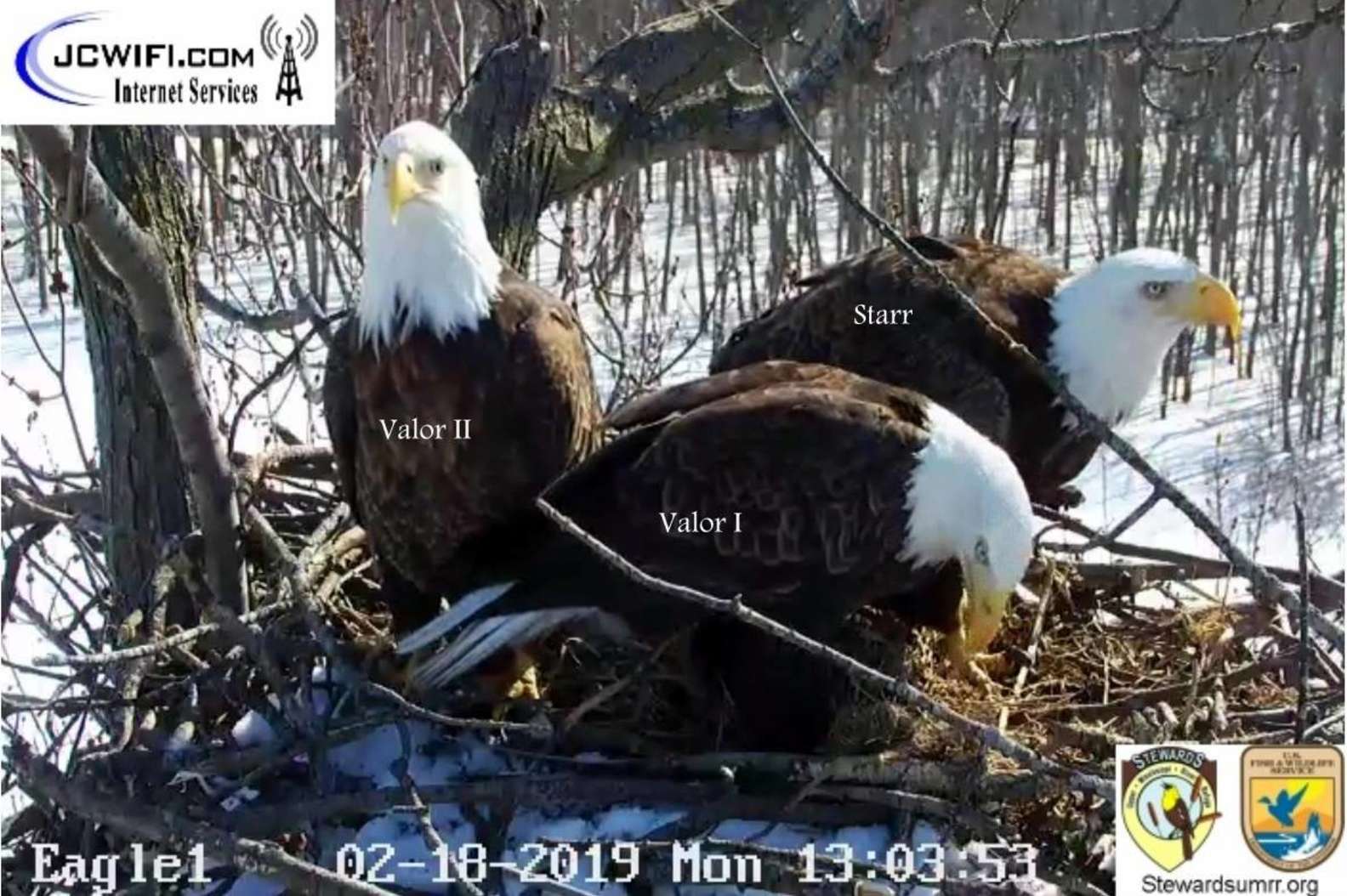 But bald eagles are normally very territorial. Bald eagle pairs are also monogamous. So this nest, on the Upper Mississippi River National Wildlife Refuge, is very unusual. And it’s not the first time they’ve had eaglets together, either.

“The three parents share incubation responsibilities for the eggs — three this year — as they have in previous years,” according to Out There With the Birds, the blog of Bird Watcher’s Digest. “Like their relationship, their history is complicated.”

Bald Eagle Trio Paired for Life? A nesting trio is a rare occurrence among bald eagles, but this is not the first such case. A bald eagle nesting trios was documented in California in 1992. https://t.co/dB0fTp2hkZ pic.twitter.com/HnXZboY1pu

This trio has been together since 2017, according to the Stewards of the Upper Mississippi River Refuge, a nonprofit organization that, among other things, provides a live stream of the nest. But the two males, Valor 1 and Valor 2, have been together for longer — since 2013 — and they began as rivals. Valor 2 tried to replace Valor 1 as the king of the nest — but Valor 1 decided not to leave.

At that time, there was a female in the nest, Hope. She and both Valors raised two eagle chicks together back in 2014. She was seen mating with both Valor 1 and Valor 2. The trio was seen the next year, too, taking care of the nest. In 2017, three little eaglets were hatched and raised by the trio. Somehow, the nontraditional situation seemed to just click.

But in 2017, tragedy struck. Unknown eagles attacked the nest and Hope flew away and never returned. Valor 1 and Valor 2 raised the two eaglets who hatched that year together, without their mate. Later that year, a new female, Starr, showed up in the nest.

Starr decided to make the nest her home — with Valor 1 and Valor 2. And that’s who we see in the nest today. 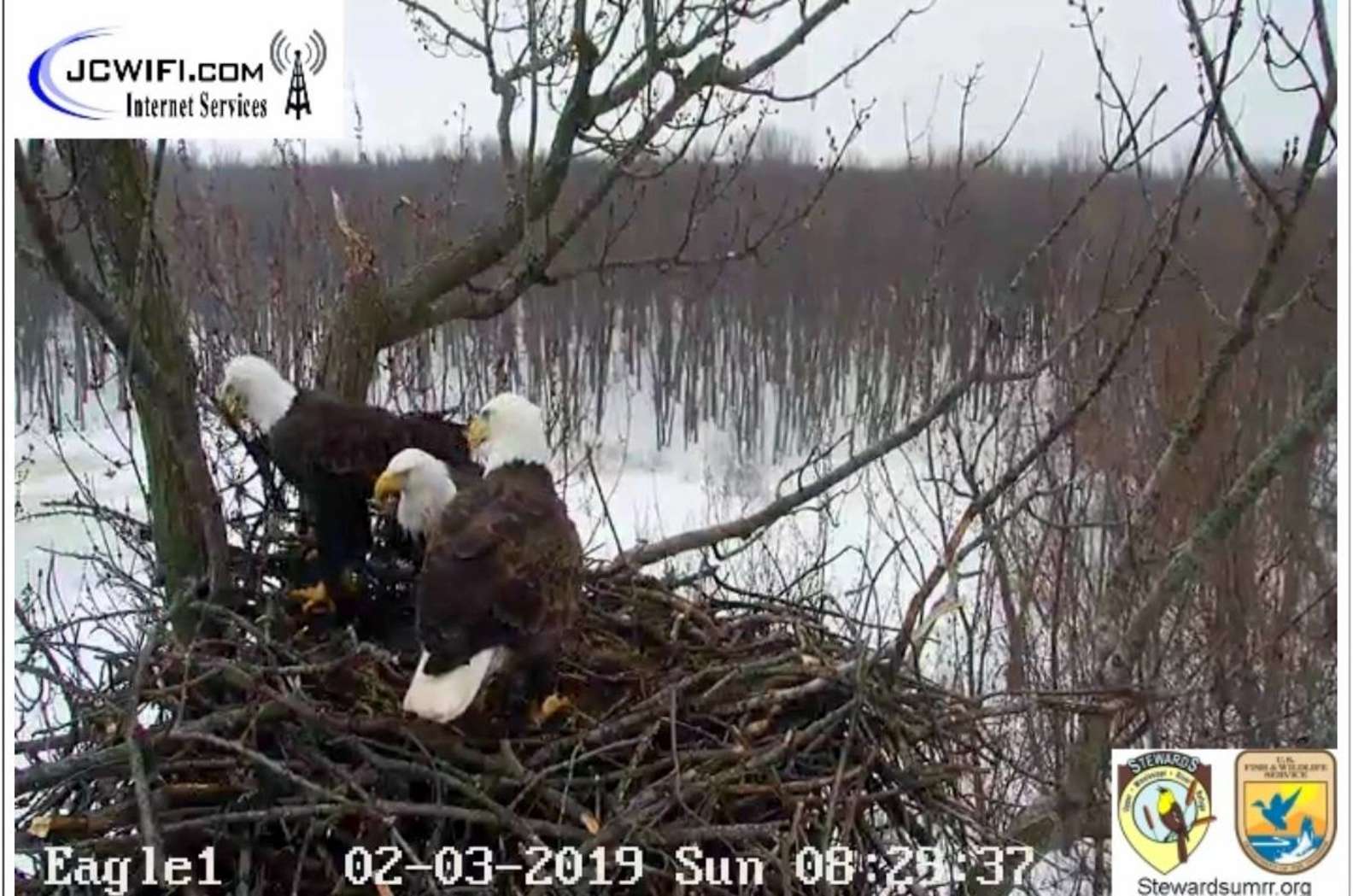 Currently, Starr and the Valors are incubating three eggs in the nest, which were laid in February. And the nest is now on baby watch.

What Valor 1 and Valor 2 have endured together over the years could suggest a lesson about resilience and loyalty. Or it could just be that they have learned the nest is more safe and secure with three eagles.

In any case, Valor 1 and Valor 2 are about to become fathers again. And we’re lucky enough to be able to watch for the first signs of tiny beaks breaking through eggshell.