Thanks to the help of a vigilant pet care clinic and a loving family, this mistreated pup has been rescued and has found a new home. “Shrek,” who earned his name because of his-swamp-monster-like mane, has found fans all over the world.

When Shrek was found by Dr. Brenda Gough’s husband on their equestrian facility in Ontario, he could barely move. His thick, over-grown fur was caked with mud, his legs were covered in sores, and a burr had lodged itself in his eye. 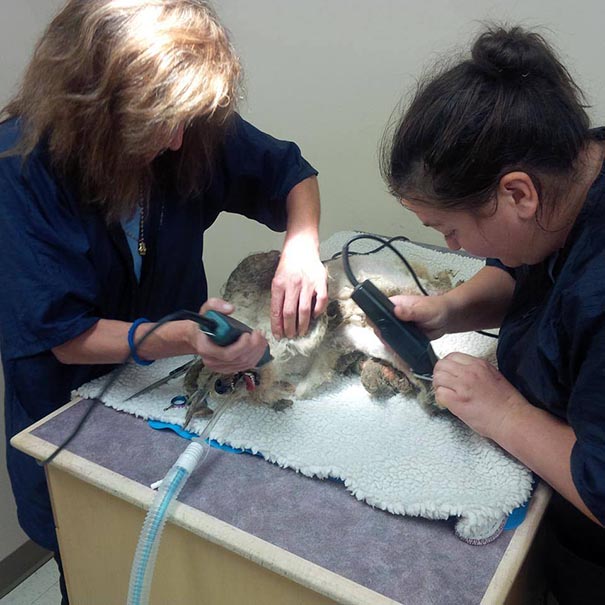 After his excess hair was removed and his wounds were cared for at the Park Road Veterinary Clinic, he was discovered to be probably be a 6-year-old malti-poo dog that had probably been raised at a puppy mill. The matted hair removed from him ended up weighing 3.5 lbs, or about 1.6 kg! 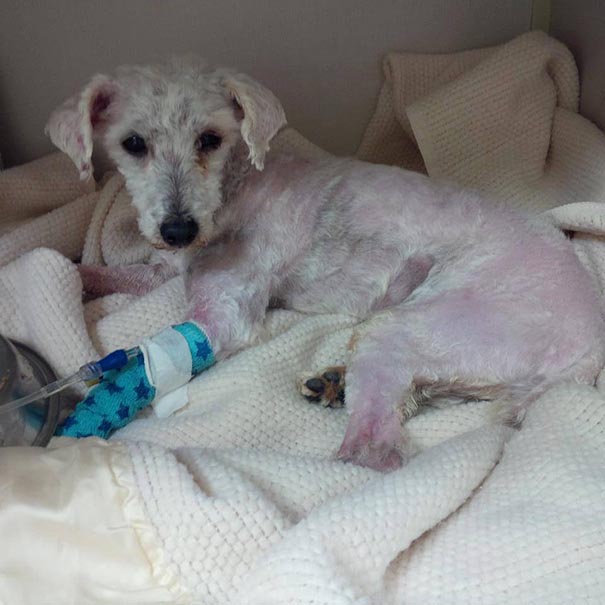 Although tremendously fearful and shy, Shrek’s health is slowly improving and he is learning to enjoy the company of people and other dogs. 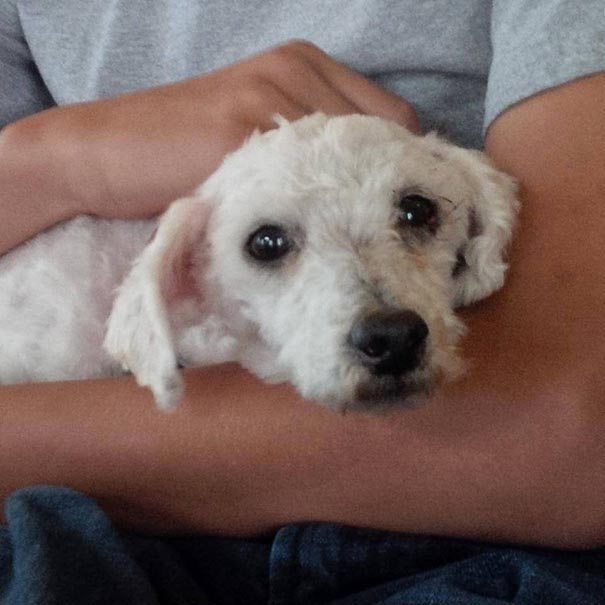