Half a year ago a Reddit user who goes by the name of “doihavetosignup” posted some pictures (on behalf of their mom) of his parent’s new kitten Moses chilling on the back of their adorable Collie Molly. Six months later and it seems that very little has changed, because although Moses is no longer a kitten, he and Molly seem to be just as inseparable as they were when they first met! 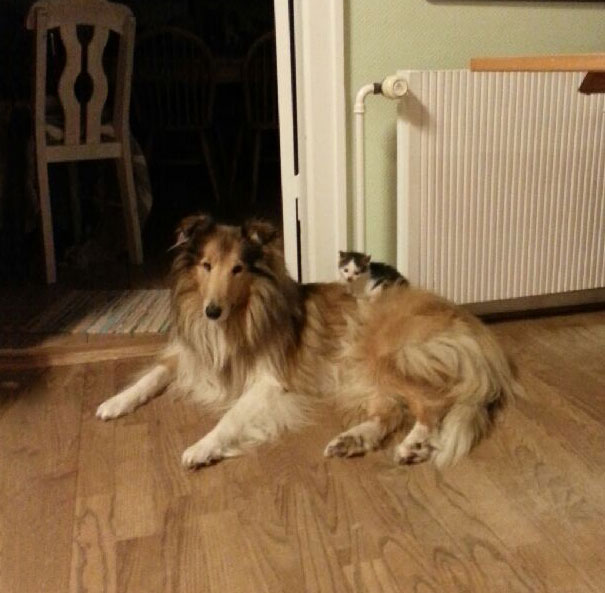 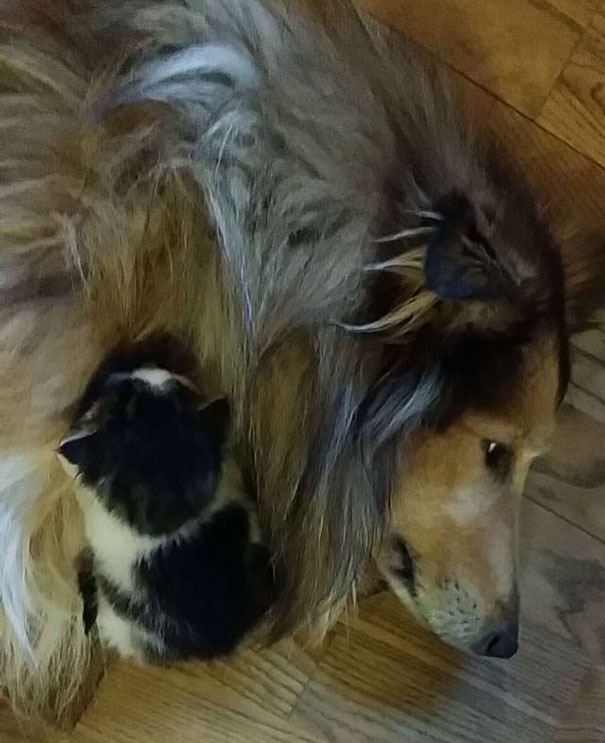 Moses got his name because he was abandoned when he was very little and then found by a beautiful, young princess (“either my mom or the dog, depending on who you ask” says the Reddit user, real name Helena). “My mom found him,” Helena told Bored Panda. “My parents live on a farm and when she was walking the dogs my mom thought she heard a strange noise from the neighbor’s (vacant) barn. The smallest of our dogs (Freja) ran into the barn and found Moses, who looked like he was around 3 weeks old. My mom carried him home and gave him something to eat. She had to go to the city to buy cat milk and therefore left Moses alone with only the dogs to watch over him.” 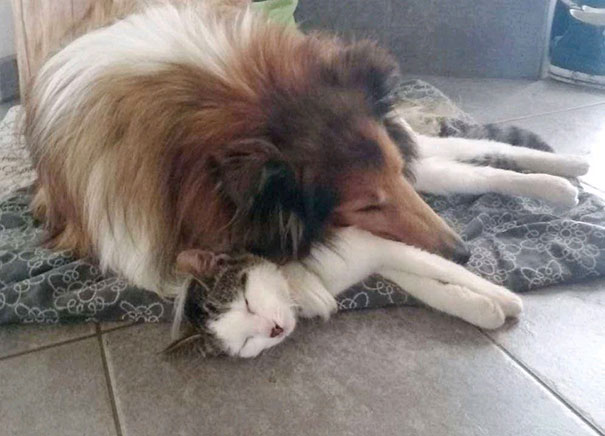 Since then he’s been cared for by Molly as if he were her own. In fact, according to Helena, Moses now acts more like a dog than a cat! Take a look at the pictures below to see this wonderful duo in action. Who said that cats and dogs don’t get along? 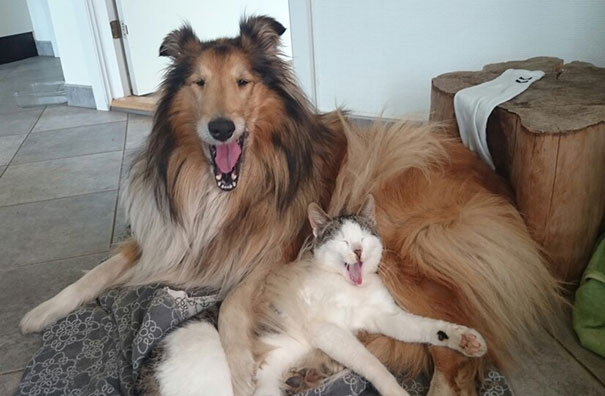