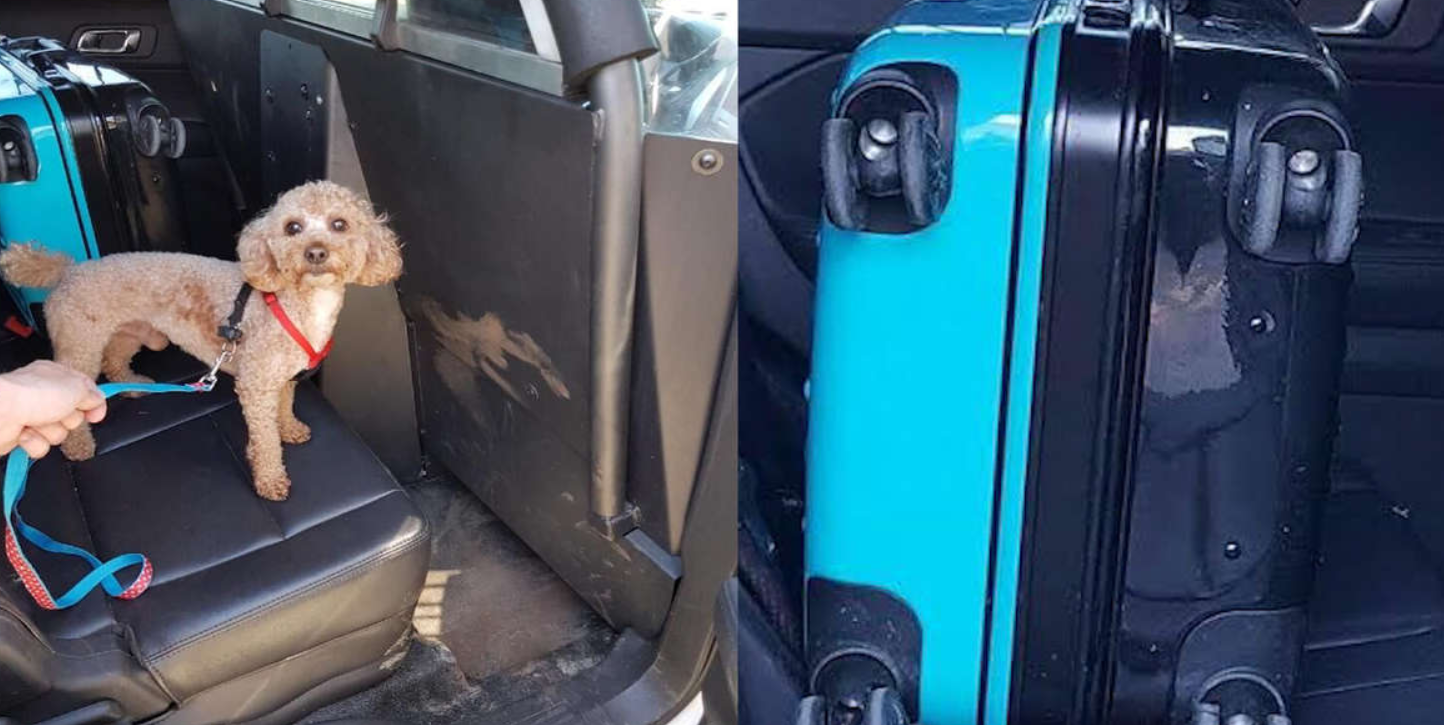 Last Sunday, Graham Barrett was walking his two dogs through the woods near Richmond in British Columbia, Canada, when he noticed something odd. They had wandered past a ravine, and Barrett noticed a blue and black suitcase behind some bushes.

The suitcase was actually moving and bumping around — something alive seemed to be in there. When Barrett went to investigate, he heard whimpering from inside.

Barrett took the suitcase home and tried to pry it apart, but it was double-locked and impossible to open. So he called the police, who managed to wrench it open to find a very scared, but very grateful, 8-year-old miniature poodle.

“He was dehydrated, and he was covered in urine and feces,” Eyal Lichtmann, CEO and executive director of Richmond Animal Protection Society (RAPS), told The Dodo. “[Barrett] immediately gave him some water and some food, and then the police brought the dog to us.”

It’s estimated that the dog, who’s being called Donut, was inside the suitcase for three to six hours, according to Lichtmann. 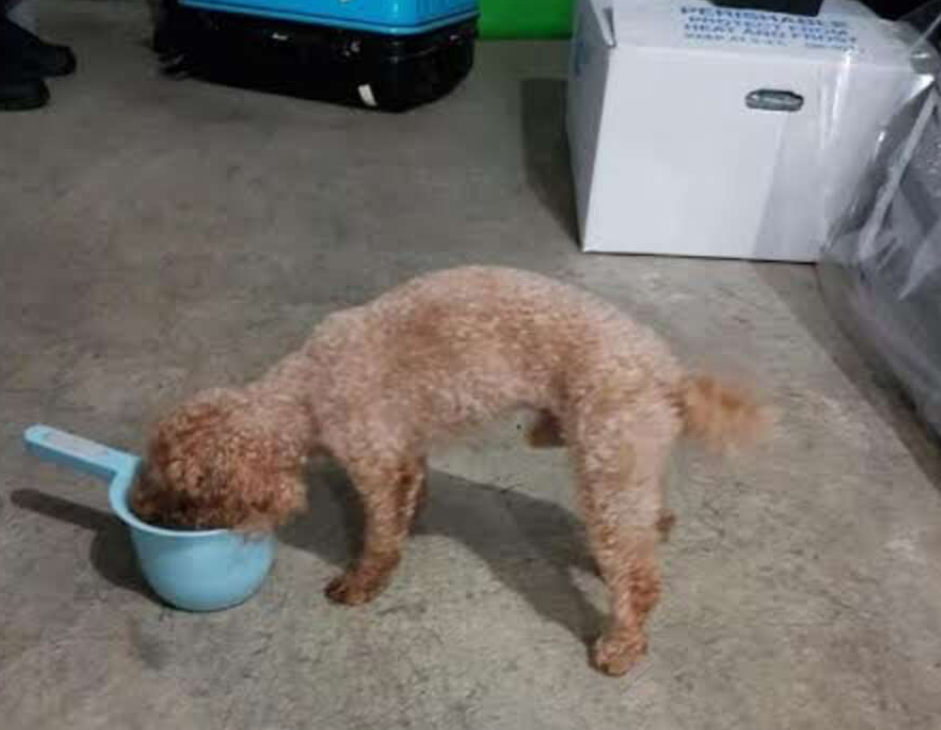 And whoever put Donut in there didn’t intend for him to get out.

“It had two different sets of locks on it, which is just crazy,” Lichtmann said. “It’s one thing to lock a dog in a suitcase, another thing to double-lock it, right?” 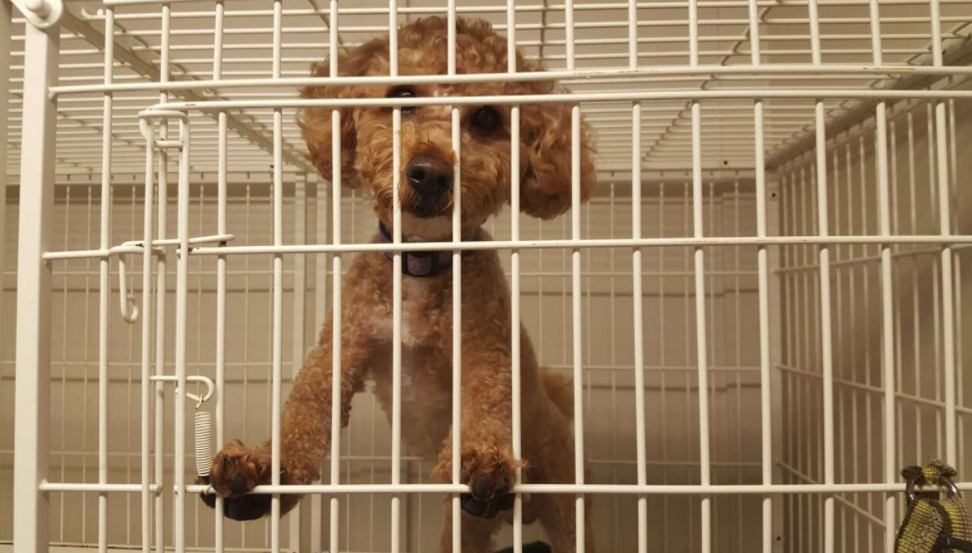 At the RAPS shelter, staff members gave Donut a full medical examination, bathed him and made him a comfortable place to rest.

While no one really knows where Donut came from, Lichtmann suspects he was owned by someone before he was abandoned. 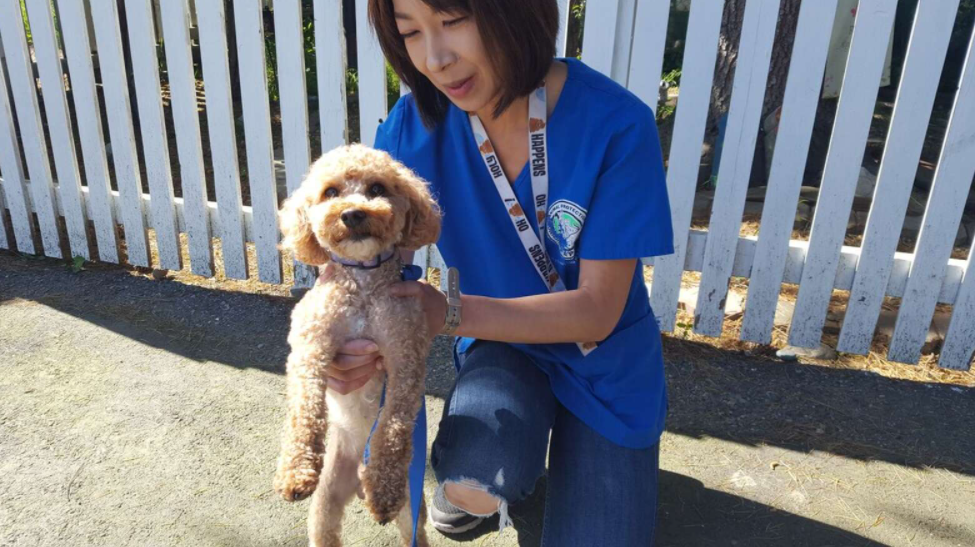 “He was recently groomed — you could tell,” Lichtmann said. “And the minute he recovered, he was just the friendliest, happiest dog. He was very well socialized.”

“We’re not even sure if the actual owners of Donut know what’s going on, and that’s why we’ve done a media campaign to see if we can find the owners,” he added. “This sounds more like a revenge situation because the dog’s so well kept.” 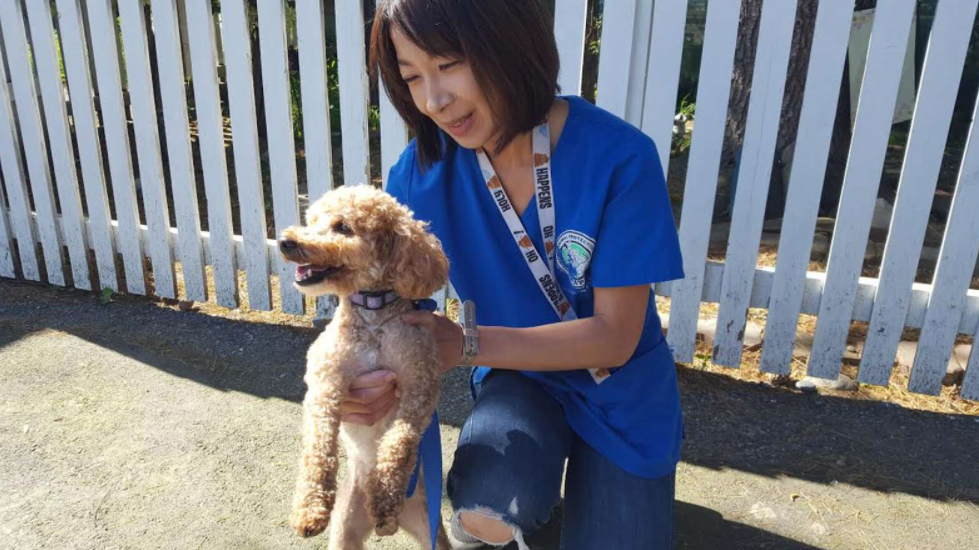 The police are currently undergoing an investigation, Lichtmann said, and Donut will remain at the shelter until the investigation is concluded.

In the meantime, Donut seems to be enjoying his time at the RAPS shelter.

“He’s getting a lot of loving from staff and volunteers, and a lot of playtime,” Lichtmann said. “He’s in doggy Disneyland.” 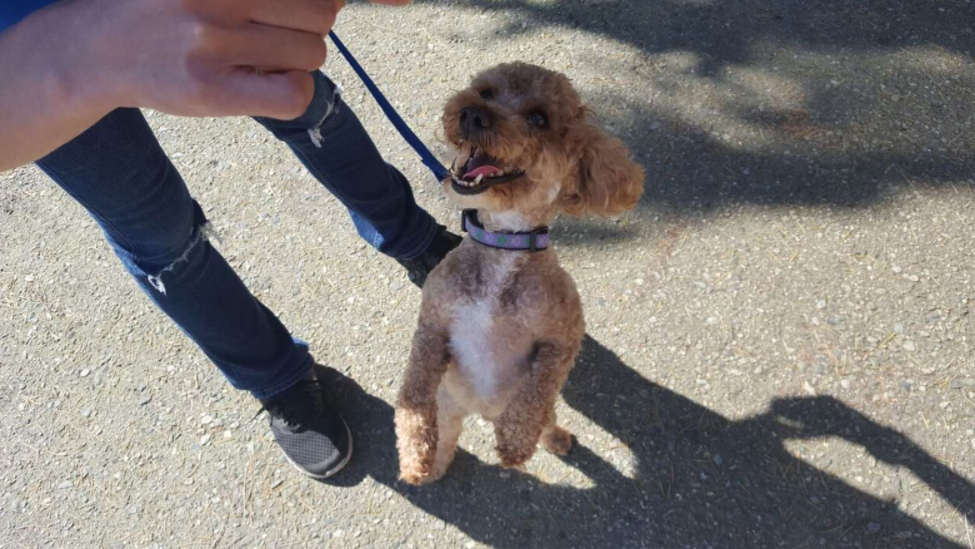 Within 24 hours of finding Donut in the suitcase, someone found a 7-week-old Persian kitten trapped inside a taped-up diaper box. The kitten, named Rosie, was found in a completely different area than Donut, and the two incidents don’t seem to be connected, Lichtmann said. But Lichtmann is bewildered by the cruelty of these acts.

“I don’t understand any of this — for both animals,” Lichtmann said. Rosie is also being cared for at the RAPS shelter, and she’ll be up for adoption in a few weeks, according to Lichtmann.

If Donut’s owners are eventually found, Lichtmann said, the RAPS staff and police will make sure Donut would be going back to a safe place. If not, he will be put up for adoption, too. 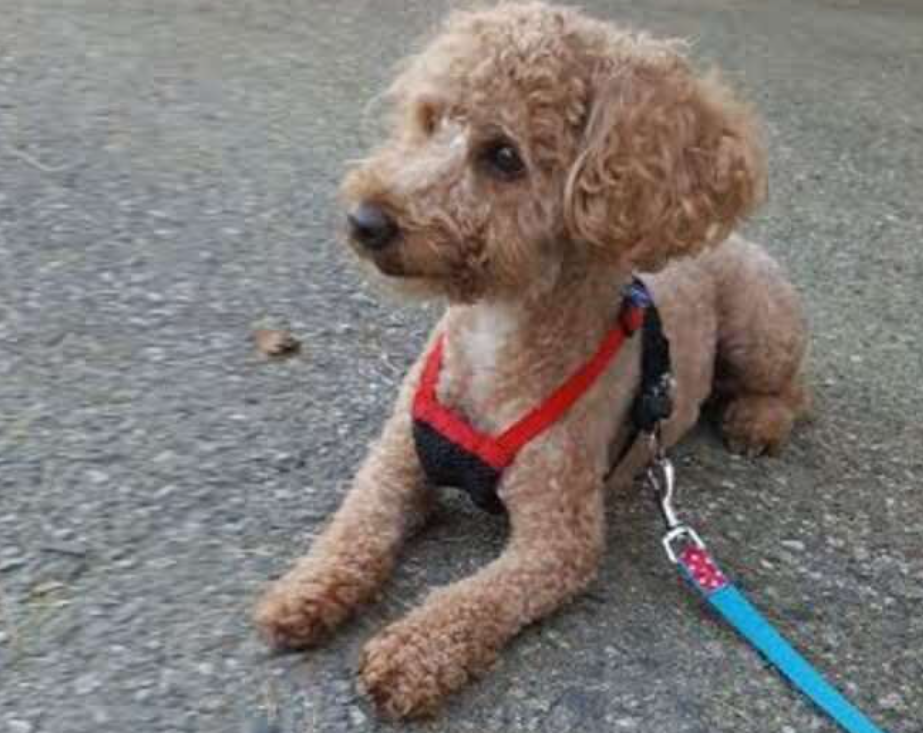