Meet Tek, the K9 officer who is one proud pooch after helping his partner rescue three abandoned puppies. Trooper Ennis and his dog Tek were in southwest Atlanta on Monday, driving in an abandoned subdivision in what is known as a “stolen car dumping ground”, when they saw something unexpected – three newborn pups left in the middle of nowhere. The Georgia Department of Public Safety (DPS) reports that they were dumped in a briar patch and left to die. But then the K9 doggie Tek stepped in and saved the day. 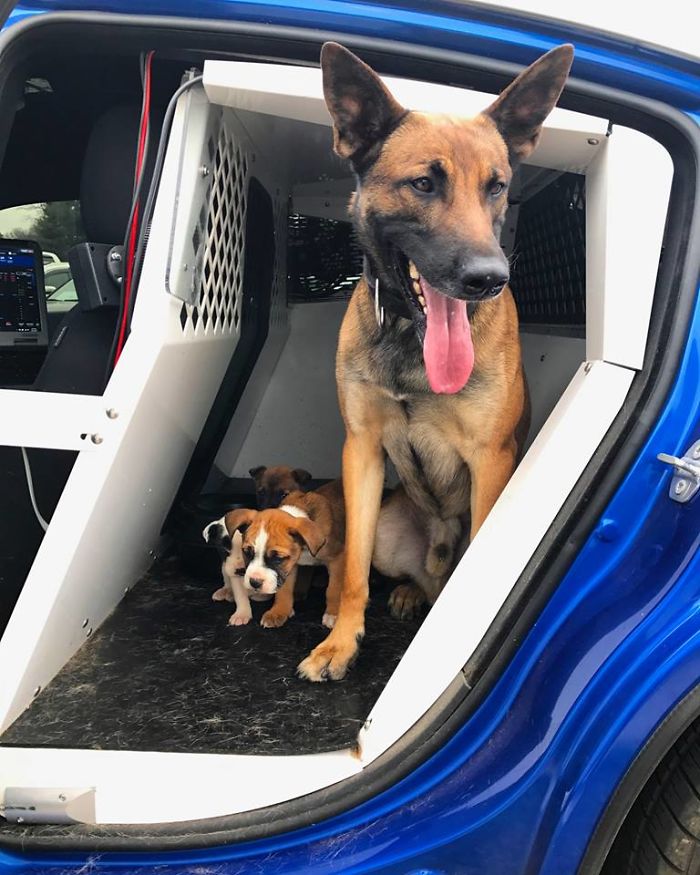 He and officer Ennis jumped out of the car, took the three frightened doggies with them and brought them to GA DPS headquarters. The fact that a bigger canine was with them in a car offered the babies much needed comfort and reassurance that finally they were in good hands. From there, all of them were quickly adopted by the staff members, finding a loving forever home.

“A trooper never knows what he may encounter on a shift, but a day with puppies is a good day,” GA DPS said on Facebook, sharing two adorable photos of the dogs. 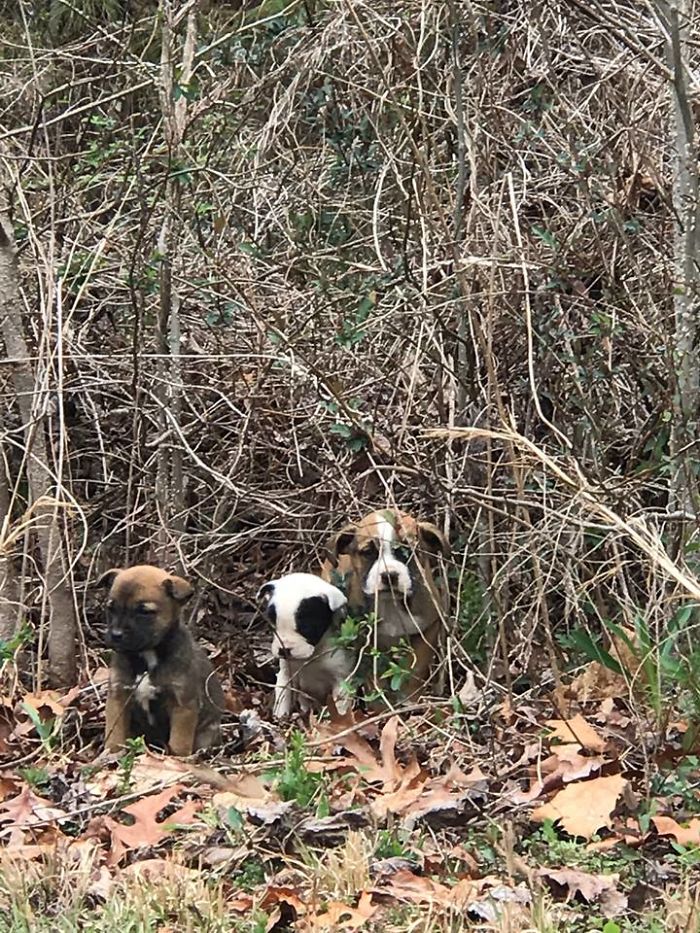