The COVID-19 pandemic is not only affecting people, but it’s also branching out to nature. Even though the more immediate danger of the virus is absolutely terrifying, we should not turn a blind eye to the ripple effect it’s causing. In Northern Thailand, hundreds of elephants were left displaced after tourism in the country came to a halt.

Bored Panda has reached out to Save Elephant Foundation, a local organization taking care of the current elephant crisis, for some additional information. 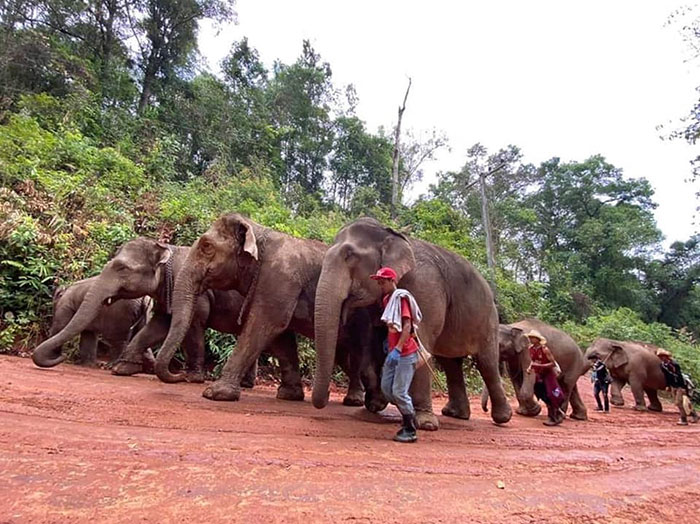 All the elephants that were involved in trekking and other tourist activities now face a very bleak future unless immediate action is taken without delay. Saengduean Lek Chailert (“Lek”), founder of Elephant Nature Park (ENP) and Save Elephant Foundation (SEF), is now working on introducing sustainable farming programs to help the many elephants and their owners who have been forced to return to their native villages.

“They literally have nowhere else to go. And so they have gone home,” Lek said, adding: “The situation is very, very serious. There are hundreds of elephants trekking many miles with their mahouts (elephant carers), who have little or no food to sustain them on their journey. Once they arrive back in their native village, there is little or no money to feed them—certainly not on an ongoing basis.”

“That is why planning now for a sustainable future is the only way forward,” Lek said. 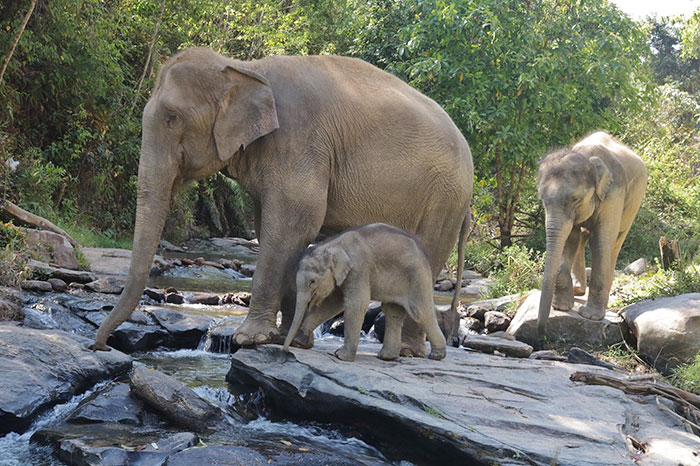 “We are asking the government to release some land so the indigenous tribes and villagers can grow their own crops, feed themselves and their elephants, and make some revenue from selling their produce,” the founder reported.

She also wanted to clear up some misconceptions that were spread by recent media reports:

“Whilst we welcome media to convey our message through their various channels, we wish to clarify certain facts. Some articles lead the public to believe that these displaced elephants are being released back into the wild where they will forage and live peacefully, having ‘escaped’ from trekking. This, sadly, is not true. The elephants have been in captivity, some of them for many years, and living in the wild to fend for themselves is not possible. Added to which, the farmers are now burning their land to make way for new crop growth, so their natural habitat is severely compromised and in many cases, forests have disappeared completely in the short term,” she said.

The organization fears that the current crisis will lead to mistreatment of the elephants by their owners in a desperate attempt to make the animals earn more money. These may include logging over the border in Myanmar (Thailand officially banned the use of elephants in 1989,) street begging, or being sold to zoos. 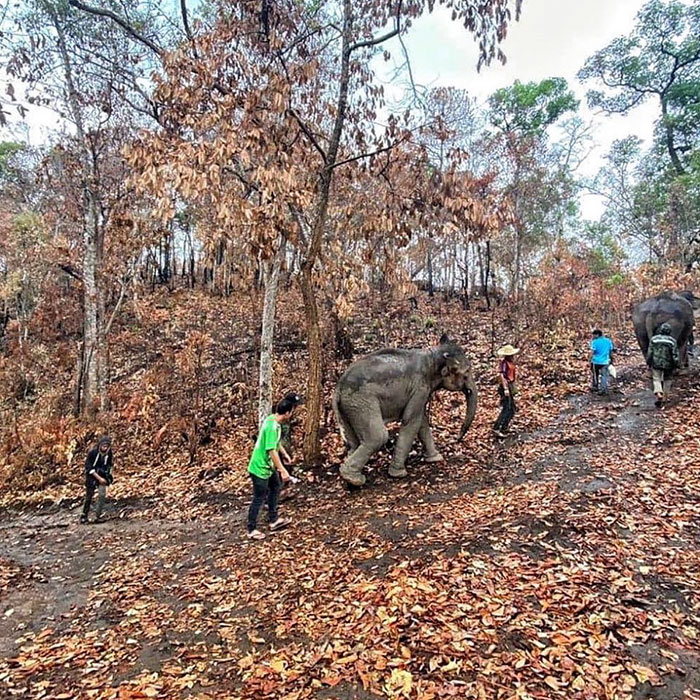 “The past two months have been extremely challenging, as we have been following herds and their mahouts, trying to keep all fed and watered. However, in the next two months and beyond, with absolutely no income, the situation is about to get critical,” Lek explained.

One potential source for revenue is expanding the coffee-producing industry. “We have our own, ethically produced ENP coffee which sells all over the world. We plan to expand this business to offer more opportunities for the local farmers by joining us. We will donate coffee plants to them to start growing immediately. There is no time to waste. There is no time to talk. We must act now.”

Elephant Nature Park, around one hour’s drive north from Chiang Mai, provides the main source of income to help rescued animals, and, until recently, was welcoming many visitors and volunteers. This revenue is gone now as the sanctuary is currently closed to the public. However, every day, the team there feeds more than 3000 animals, many disabled or emotionally unstable. 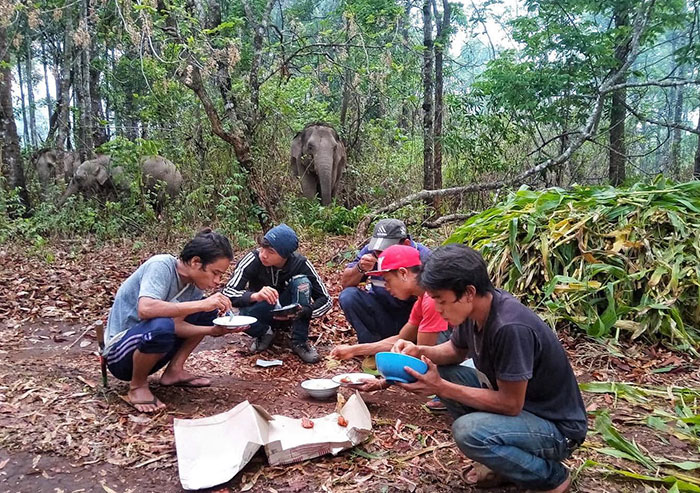 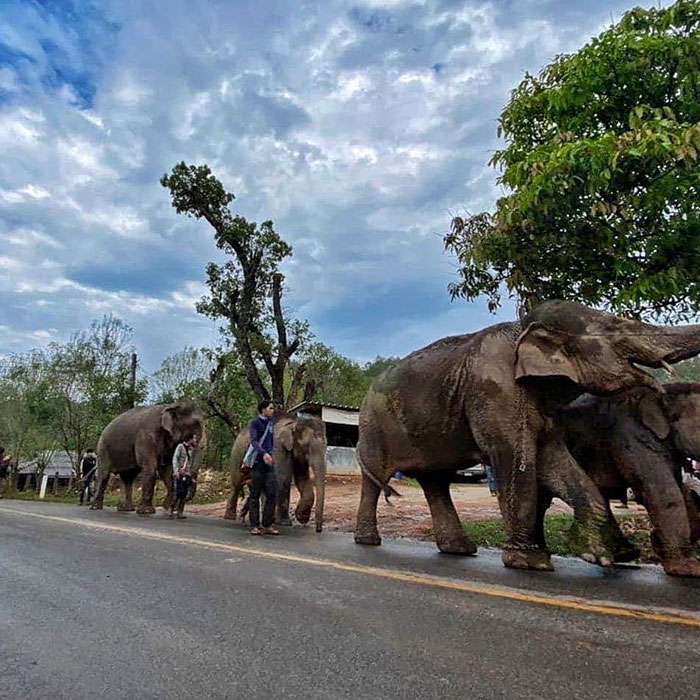 Even though the organization is trying to branch out in order to earn more income to help the affected animals, donations are very much needed. Funds can be donated via TRUNKS UP, a certified supporting organization that is currently MATCHING all donations, dollar for dollar, up to US$50,000.

$30 could feed one elephant for a day, the organization reports. “There is no amount too big or small to impact the lives of these animals. 100% of each donation goes directly to Elephant Nature Park and I will share these donations with elephants in other camps as appropriate,” Lek concluded.