With a relatively short body, small tail and long legs, the Canada lynx is one of the most adorable fluffs. They may look like a cousin of your housecat, but make no mistake — these boreal predators are pretty wild. The Canada lynx lives in forested areas and like making their dens underneath fallen trees, tree stumps, rock ledges or thick bushes. They are territorial animals, and males usually live alone.

Having big eyes and advanced hearing, the Canada lynx excels at night hunting. However, since they can’t run very fast, these creatures have to make up for it with sneaky tactics when it comes to catching prey. A common one is finding a hiding spot and waiting for prey to come near them. Then they pounce. Sometimes they sit still for hours just to catch a bite. 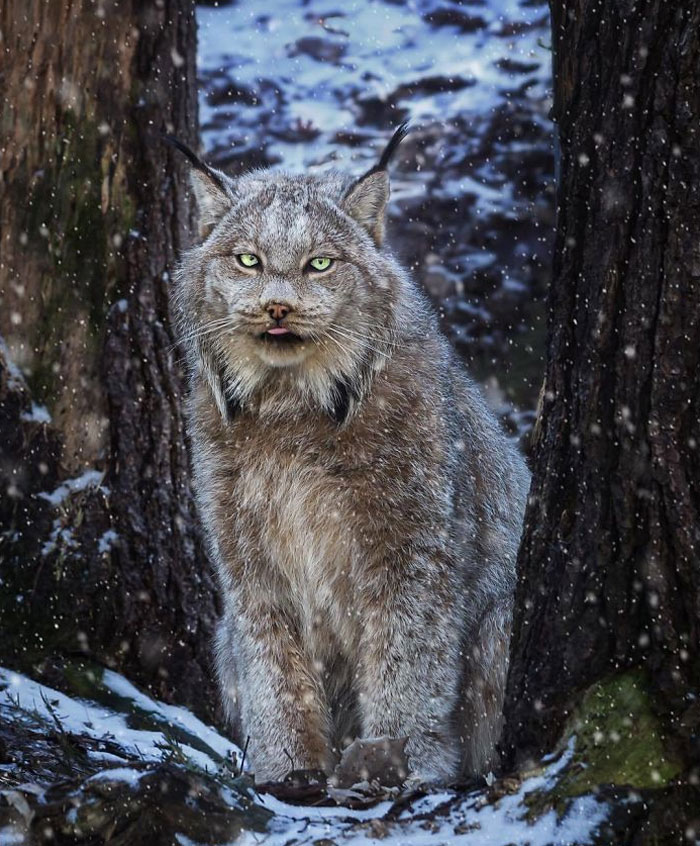 Tracy Munson (@focused_on_canada) is one of the photographers who had the chance to capture the Canada Lynx. “I haven’t been fortunate enough to encounter a lynx in the wild yet,” she told Bored Panda. “The lynx in my photo was a permanent resident of a Wildlife Rehab Centre in Ontario. Unfortunately, somebody had gotten her as a kitten and had her declawed, so she would never be able to return to the wild. Photographing her was pretty much like photographing a really large and angry housecat.” 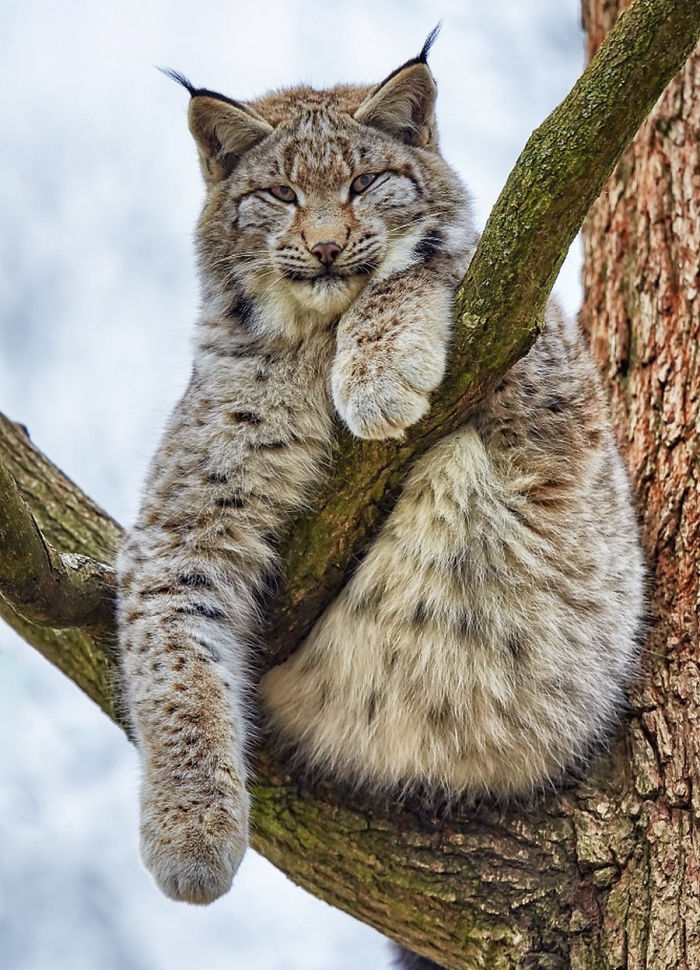 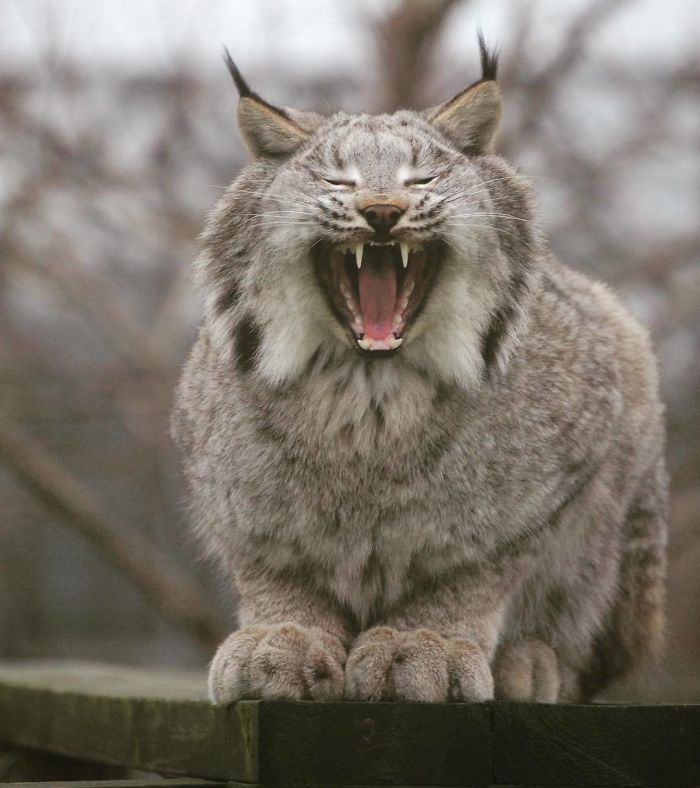 Munson, who is a winner of the title Photographic Artist of the Year from the Professional Photographers of Canada Atlantic Region, shared a few insights into how one should approach these majestic creatures. “In the wild, lynx are quite shy and secretive, so you would be very lucky to see one,” the photographer explained. “If you did encounter one, you’d want to keep your distance and use a long telephoto lens. As with all wildlife, try to move as little as possible and be very quiet. I would expect to find lynx in heavily wooded areas where they have lots of places to hide. Winter tends to be a better time to see them, when there are no leaves on the trees and they have less cover.” 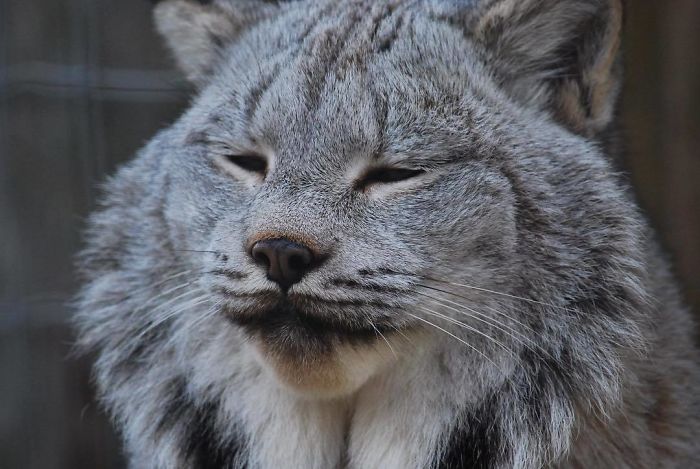