Meet Avni, an injured monkey that has lost her troop. She hated being in a cage but she changed her mind a little bit when Billo the cat started sitting next to her cage. 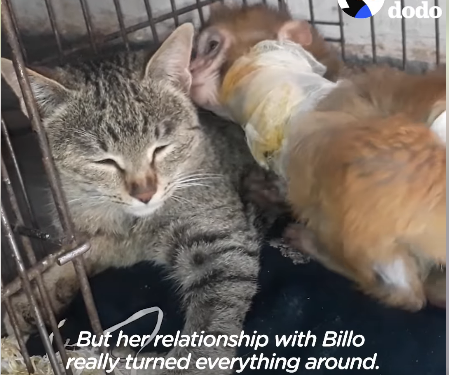 She was saved by Peepal Farm Rescue, India. Avni had a very high level of stress and everyone thought that she wouldn’t make it.

But suddenly she started feeling better while being in Billo’s company. 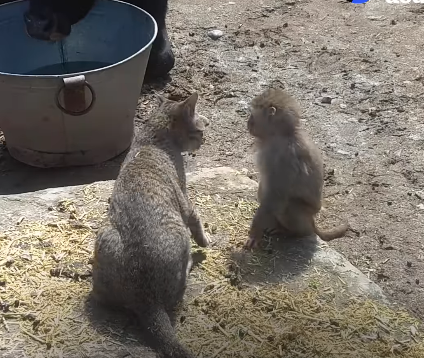 Finally, a great news about Avni after a month. Now, she is completely healed.

Monkey loves to play around now but Bill isn’t that much into it. 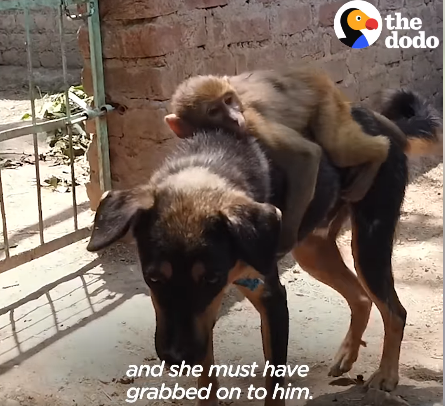 Despite that, they are besties now and inseparable. Also, Avni has met a dog named Munnu. Monkey adores riding him as if she would her mother.

Also, she has fallen in love with dog.