As John was nearing the end of his life, there was just one thing he still wanted: a new home for his beloved dog Pawpaw. 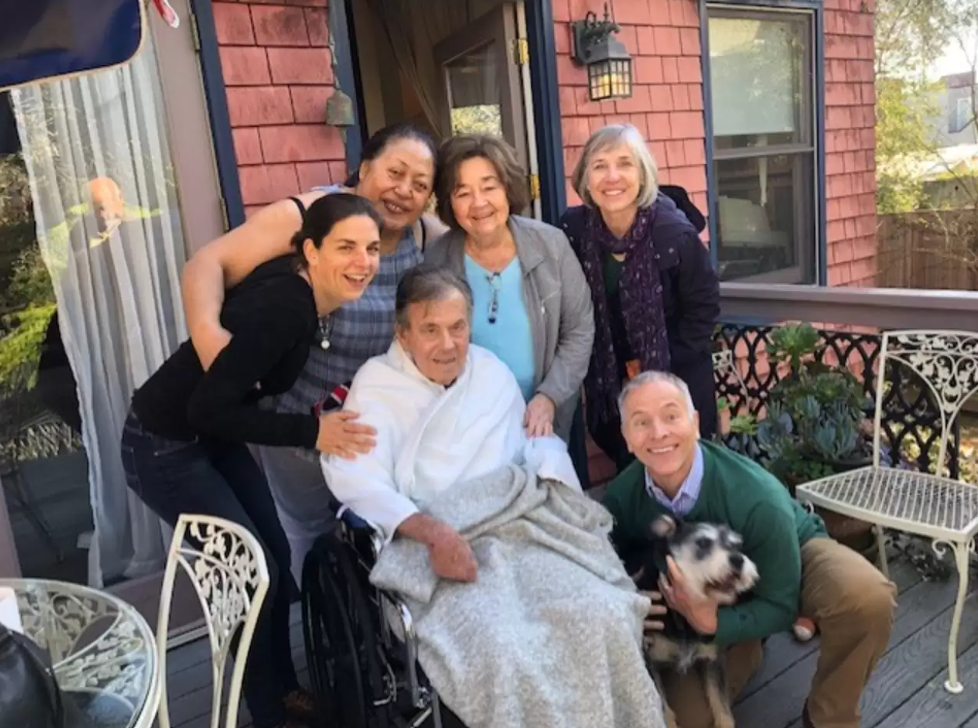 Pawpaw and John had been a family since 2017, when John met Pawpaw at Muttville Senior Dog Rescue in San Francisco, California, and instantly fell in love. Pawpaw was 11 years old then. For nearly two years, the senior and his senior dog were loving companions for each other.

John suffered from ALS, a neurodegenerative disease, and as his illness became worse, he knew he would only be able to pass away peacefully if he knew Pawpaw would have a loving home waiting for him.

In February, Muttville and John started searching for Pawpaw’s next home. 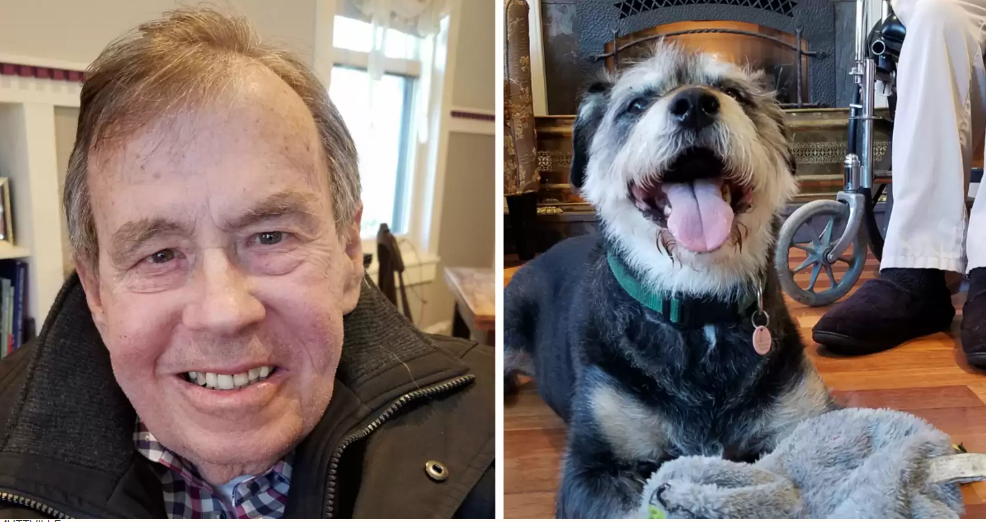 That’s how Bernie Knobbe and Tim Belavich found out about John and Pawpaw. A friend of theirs happened to read The Dodo’s article about the search and immediately thought of them, since Bernie and Tim had already adopted three dogs from Muttville in the past.

“She had been hearing about Muttville since 2015 when we adopted our first senior schnauzer Clara,” Bernie and Tim wrote in a message to The Dodo. “We promoted Muttville in our annual Christmas/holiday cards every year starting in 2015 with photos of us with our rescue kids.”

Bernie and Tim immediately got in touch with Muttville to offer Pawpaw a home with them in Los Angeles. Over the next several weeks, the people at Muttville were committed to comb through the many adoption applications they received for Pawpaw.

It so happened that, at the end of March, Bernie was traveling through San Francisco when Muttville reached out and asked if he and Tim were still interested in adopting Pawpaw.

So Bernie arranged to visit Pawpaw at John’s home. 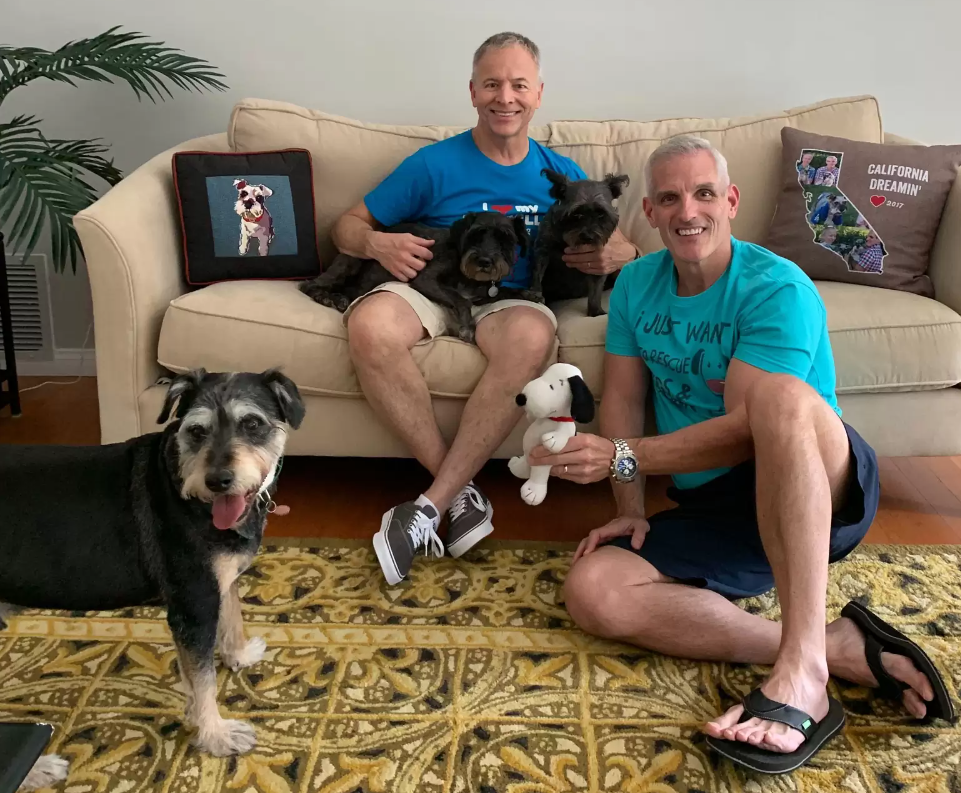 “Bernie met Pawpaw and John on Friday, March 29 at their home,” Patty Stanton, a board member at Muttville, told The Dodo. John’s family and Sherri Franklin, founder of Muttville, all noticed that something seemed to just click.

“John was feeling well enough to spend some time talking with Bernie and both were so happy they had a chance to meet in person,” Stanton said.

“John was able to be at peace knowing his beloved dog would be just fine,” Stanton said.

Even though Pawpaw will never forget John, it was time for Pawpaw to move into the next phase of his life.

“Bernie was in San Francisco that week so he met everyone at Pawpaw and John’s house,” Stanton said. “All the timing, travel and connections in person made everyone feel that was just meant to be.”

Bernie and Pawpaw took the road trip together down to Los Angeles, while Tim and their two other rescued schnauzers waited to meet and welcome Pawpaw to his new home.

Finally, early in the evening on April 5, “the kids met,” Bernie and Tim wrote. “It has been love at first sight for everyone in this family ever since.”

Pawpaw’s new family feels so grateful to be able to provide something that so many pets end up lacking — a loving home for after their human guardian passes away.

“[It’s a] serious challenge … who will care for senior dogs when their senior owners become ill or pass away?” they wrote. “[It’s an] important issue for family planning but is often overlooked.”

Hopefully Pawpaw’s story will help other families consider adopting senior pets in similar situations when looking for a new furry family member — he and John certainly helped to raise awareness for the issue.

“We got hundreds of inquiries,” Stanton said. “This was a perfect match!”