When Butter the opossum was first rescued, he was so tiny his survival was in question. And when no wildlife rescues could take in the baby opossum, Stephanie knew she wanted to give him a chance.

Butter’s health was dire, but Stephanie could tell he was a fighter and after a few days of bottle feeding him, she knew he had the will to survive. 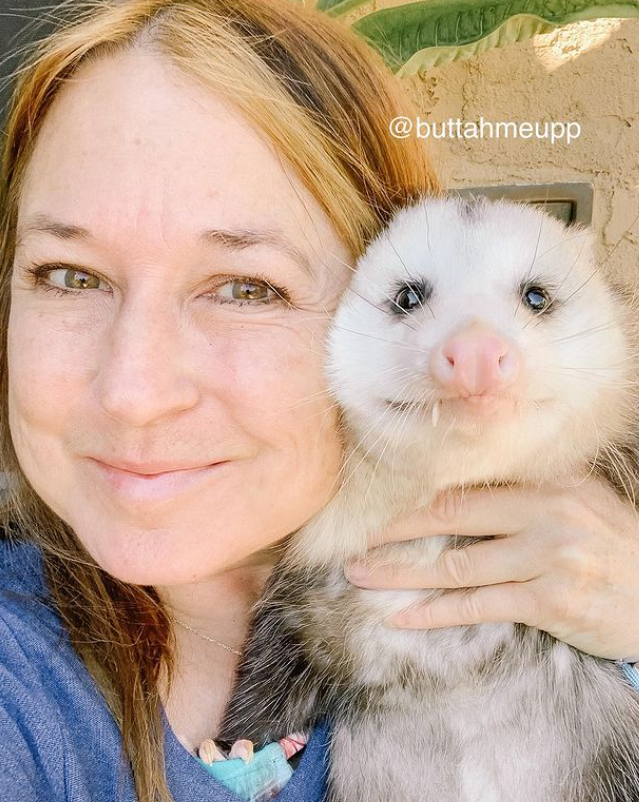 Butter bonded with his rescuer immediately. But Stephanie points out that in doing so, it would prove difficult to reintroduce him into the wild. Even though she put him outside in trees and bushes to let him explore, Butter would always run after her back into her house.

“He would climb right back up into my lap,” she said in a video to the Dodo. “He was not going anywhere. So Butter decided he was staying and he didn’t really give me much of a choice.”

As a pet, the opossum couldn’t be more affectionate. Stephanie says, “He is a complete love bug.” Whenever he gets a chance Butter hows how much he loves his human mom with his particularly unique opposum behavior, “slubbing” and “sliming” her. What are those? 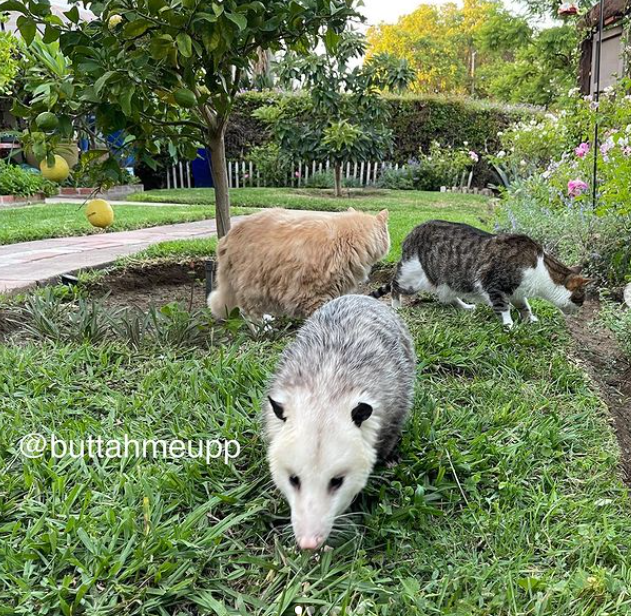 Well, “slubbing” is when an opossum rubs all over feet, legs, hands. It’s a way that the show affection. It can also be known as “sliming” when they lick your skin and rub their head against you. It’s their version of kissing (lol). Stephanie says she “wakes up with a hairdo you can’t imagine.”

As wonderful as it is to see how affectionate Butter is Virginia opossums don’t make ideal pets and it is illegal to have one as a pet in many states.

Although hand-raised opossums like Butter “can be comfortable in captivity and bond with their caregiver.” LaFeber Vet says that they “are relatively high-maintenance pets requiring a great deal of exercise, a special diet, and a significant time commitment from the owner.”

The website points out that domesticated opossums like to seek human companionship by “climbing into the owner’s lap or onto a shoulder.” They also enjoy being petted and groomed. 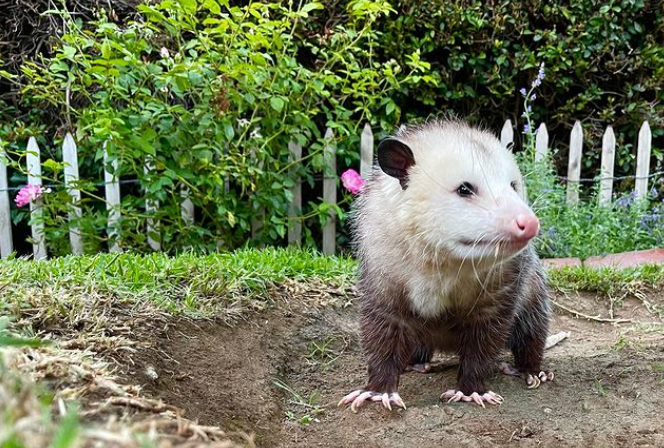 Despite the cautions to have opossums as pets, it’s important to note that Butter would not have survived without Stephanie’s help and her efforts to rehabilitate him. And from looking at her Instagram page, Butter is spoiled and loved!

Not only does Butter love human company, he loves his cat friends.

It’s wonderful he gets on with his cat buddies. So much so, he joins them on their cat posts.