Just look at this 600-pound turtle! He needed help to get carried home. 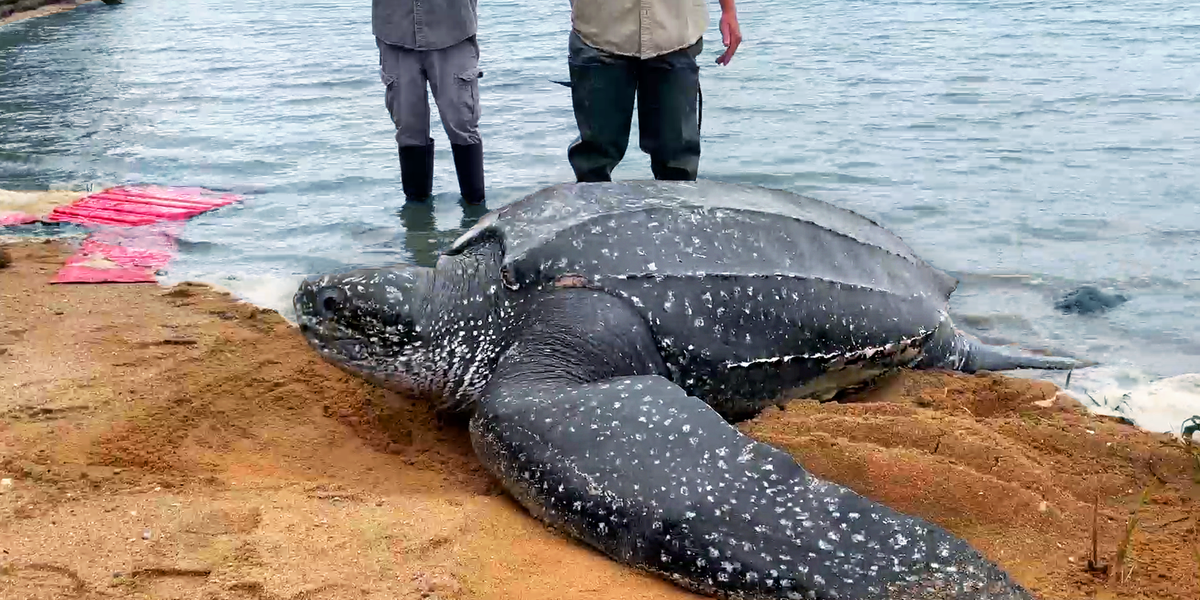 “I just want to use it to steer him because at first he was really determined to go that way, and now at least we have him on a beach, and we just want to keep him on this beach until the stretcher gets here. And then we might let him go back into the water and then get the stretcher under him, and then we’ll all lift. And then we can get him up here somewhere, and then we’re gonna have to scout a location to get him up off the beach”, one of the rescuers told The Dodo.

So the staff was there and ready to take care of him. They were doing everything possible for turtle to survive.

He seemed so tired but turtle never gave up. He was trying so hard to go home.

Finally, this 600-pound turtle just dive into the water and disappeared. 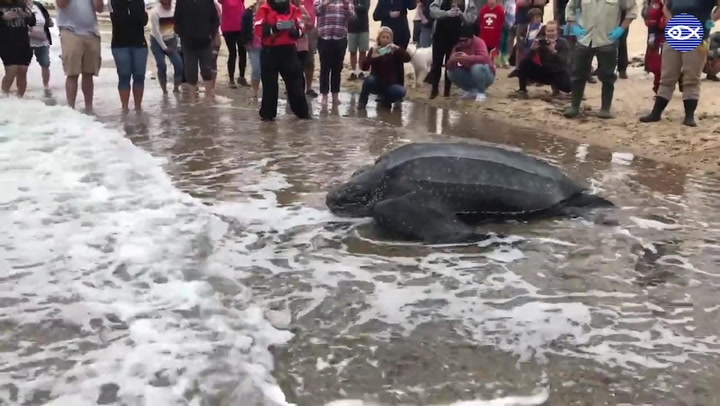