A wildlife photographer named Yves Adams has captured one of the most interesting pictures ever. You can already see there a colony of king penguins—one that included over 120,000 penguins! 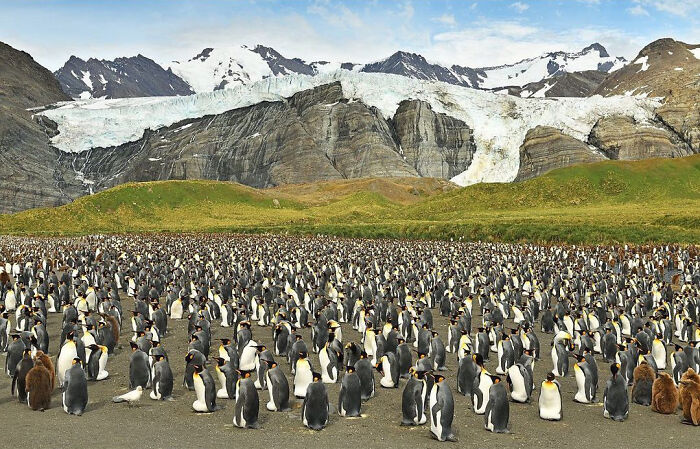 But Adams saw something unexpected. He noticed a different penguin than others, a bright yellow and white one!

He was surprised and said that he has never seen a yellow penguin before. This was the first time. 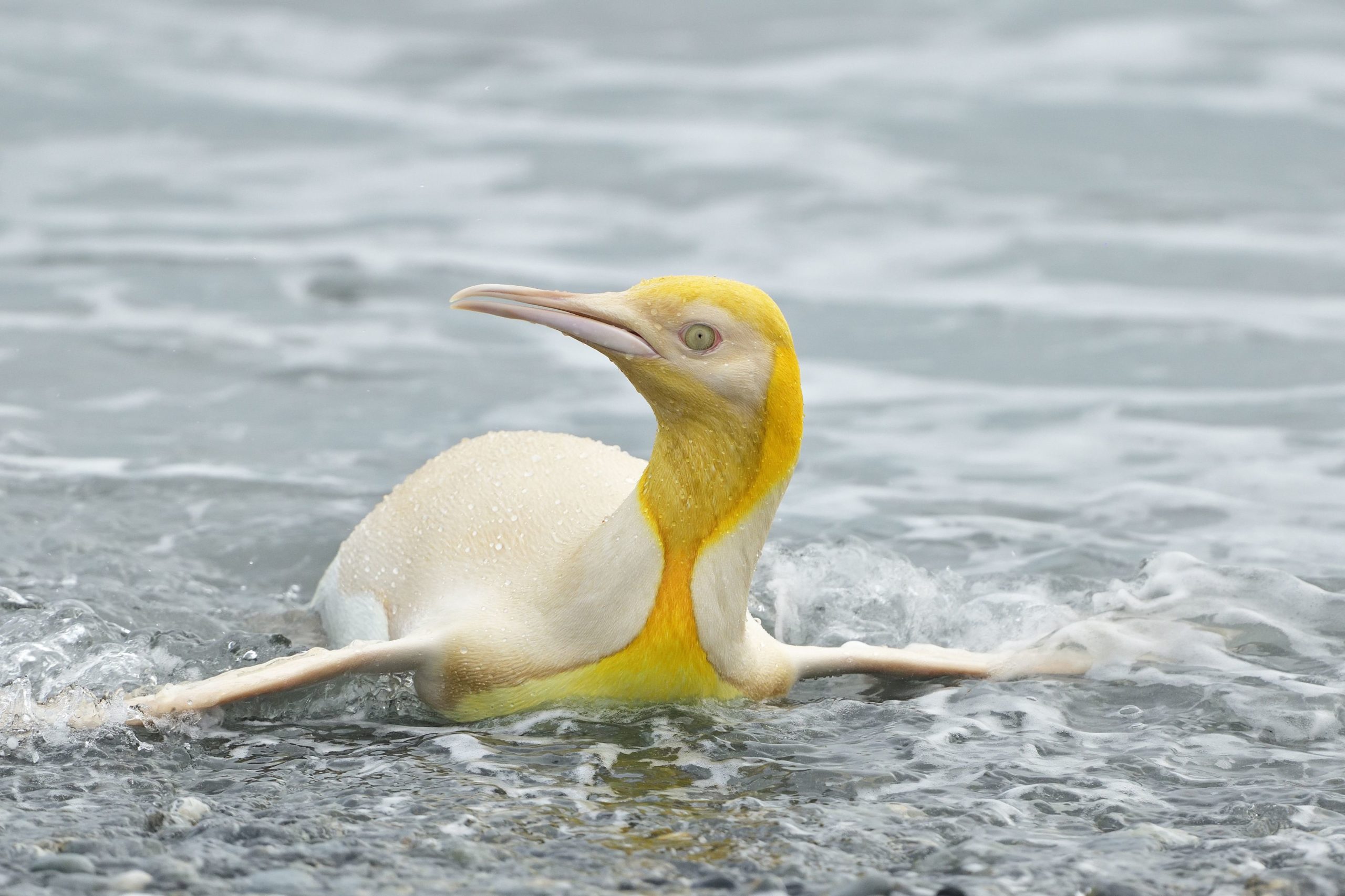 “I’d never seen or heard of a yellow penguin before,” Adams told Kennedy News. “There were 120,000 birds on that beach and this was the only yellow one there.” 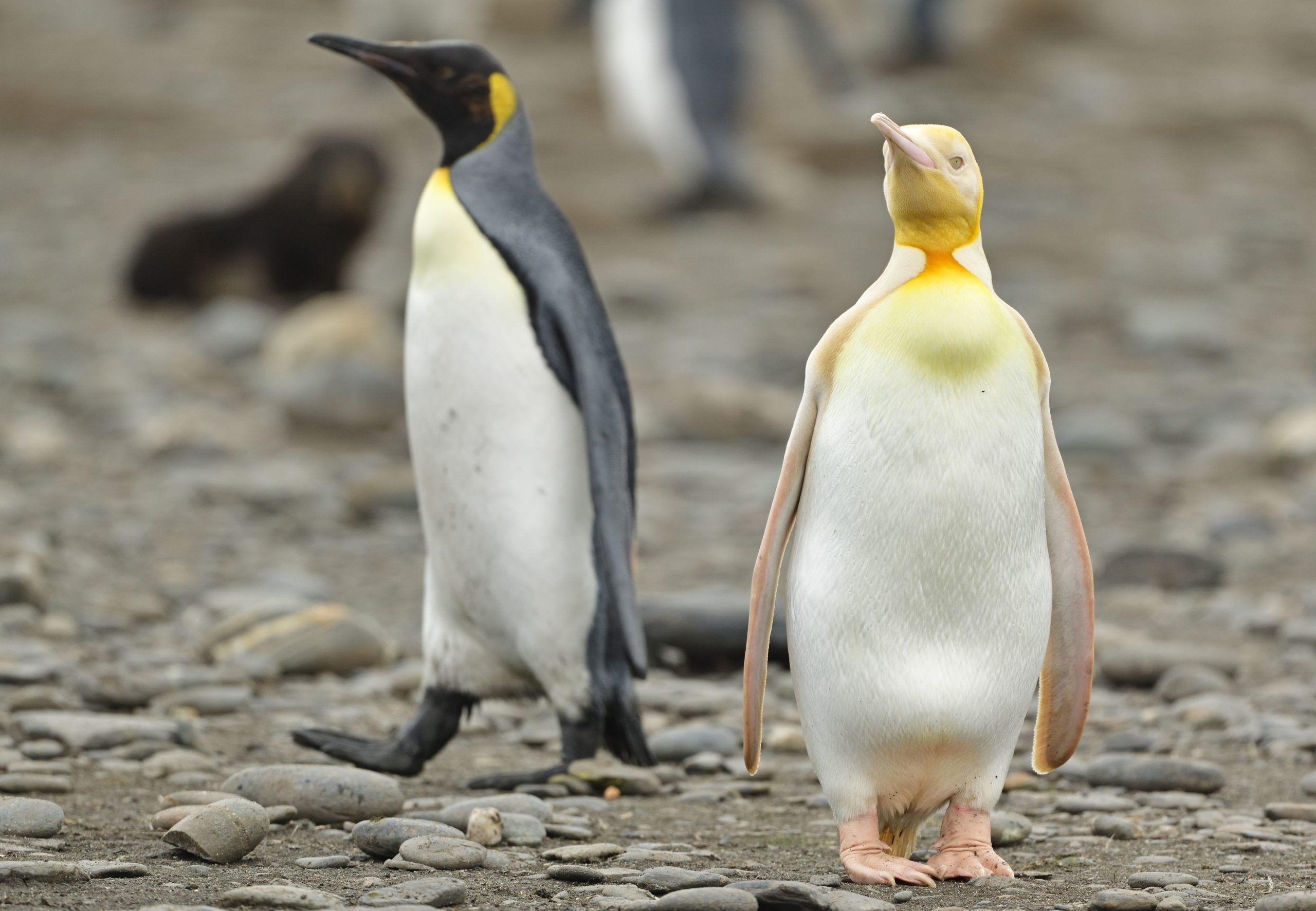 Actually, this yellow penguin is so unique because of a thing called leucism, a condition whereby the animal loses part of its pigmentation.

Even though this condition, these penguins still look so beautiful. 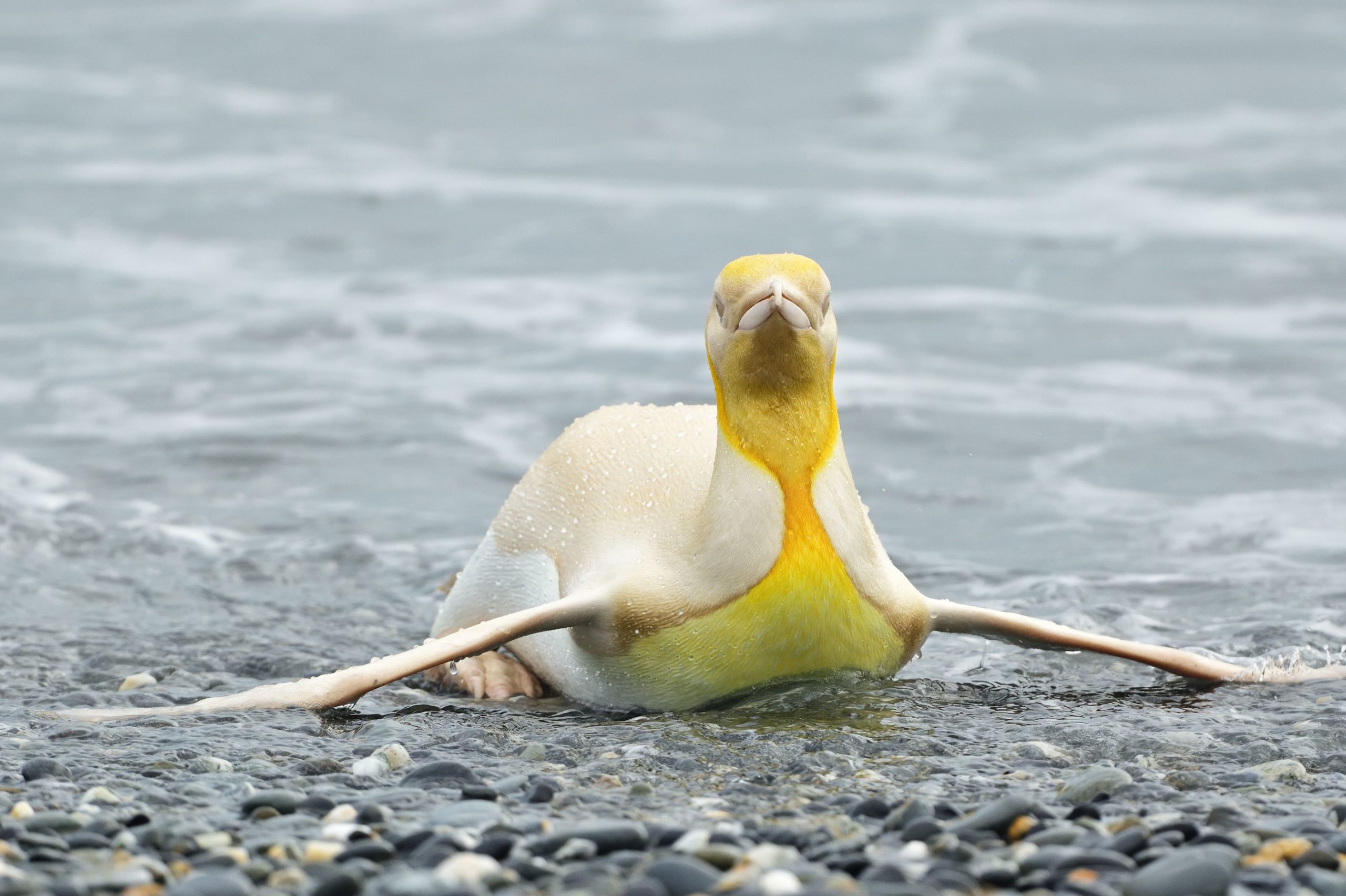