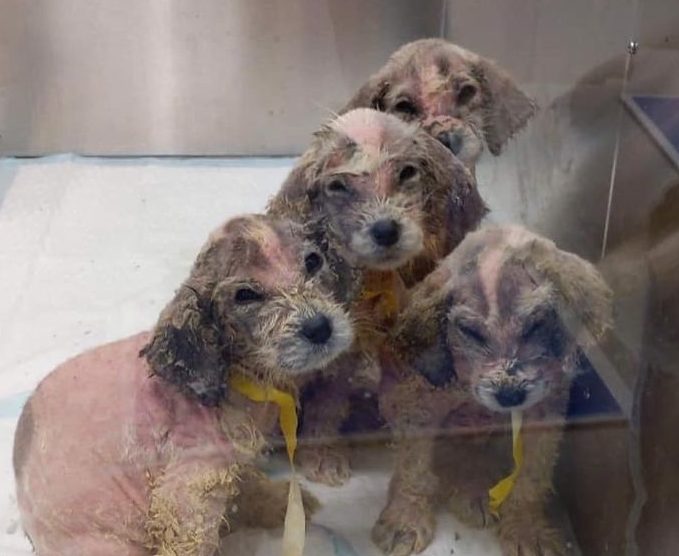 Here is another rescue story, which at the same time shows the unbelievable ignorance of some people and the heroic compassion of others.

On a cold December morning, a man stumbled upon six crusty puppies in the woods of Alabama on his way to work. The poor creatures were in terrifying, life-threatening condition and were trying to keep warm by cuddling against each other. The puppies, who hardly looked like dogs with a bald pink and chapped appearance, were definitely too young to wander the forests without a mother, and were destined for the worst without immediate help and professional care. The four-legged siblings were rushed to a nearby shelter in Sylacauga, Alabama and the staff were shocked by the appearance of the puppies and the mistreatment they had gone through.

It’s hard to believe that this could actually be the rough beginning of a heartwarming success story. But we are so glad it is thanks to the care of the silent heroes who live among us!

“They were so smelly that the shelter staff had to wear masks in order to bathe them,” Nicole Zaguroli with Second City Canine Rescue (SCCR), told The Dodo. “They were in very bad condition; they had scabies, they were malnourished and cold.”

The staff in a shelter assumed that the tiny puppies that weighed only 5 pounds were of a small breed, but due to the horrible condition they came in, it was impossible to identify their true origins. A first guess of the dogs’ breed was cocker spaniel mixes which, to everyone surprise, later turned out to be far from what they actually are.

The malnourished puppies were brought to Auburn Veterinary College for extensive medical care and then put to two foster homes for further treatment. Nicole Zaguroli said that foster homes who were brave enough to care for extremely weak puppies were their angels. There was no miracle in these dog’s quick recovery – proper nutrition, medicated baths and care was the key. The puppies began to gradually recover and grow white fluffy fur.

When the little ones were finally ready to be put up for adoption to find forever homes, the question about the breed rose again, and this time their appearance suggested they were Great Pyrenees/poodle mixes. And only after the doggies started to promptly gain significant weight, one of the adopters did a DNA test and discovered they are 100-percent Great Pyrenees, known as the Pyrenean Mountain Dog.

Dogs of this breed are impressive in size and strength and have excellent guarding skills. They can grow up to around 30 inches at the shoulders and weigh over 100 pounds. Doesn’t sound like a poodle, right? It’s difficult to believe that these powerful and majestic creatures were once abandoned, small and vulnerable. Luckily, each rescued puppy found a loving forever home thanks to amazing volunteers at Second City Canine Rescue.

Over the course of a couple months not only did the puppies’ identity change, but they became healthy, active and very happy friends of their owners. One of the pups, Bear (formerly Barksy), even has an Instagram account to share his daily adventures.

Another adopter, Eric Hartman, shared a picture of his pup from the litter, Elsa (formerly Georgia), in the comments section of Second City Canine Rescue’s post on Facebook. 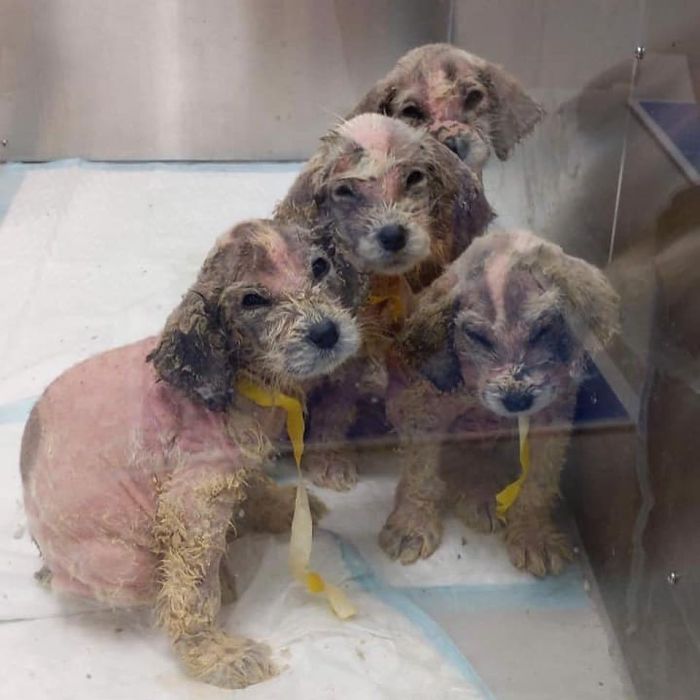 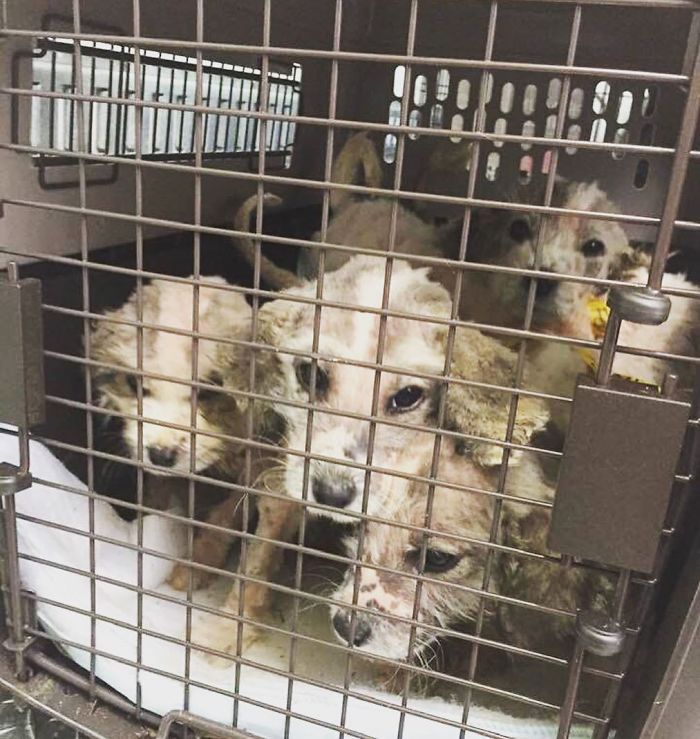 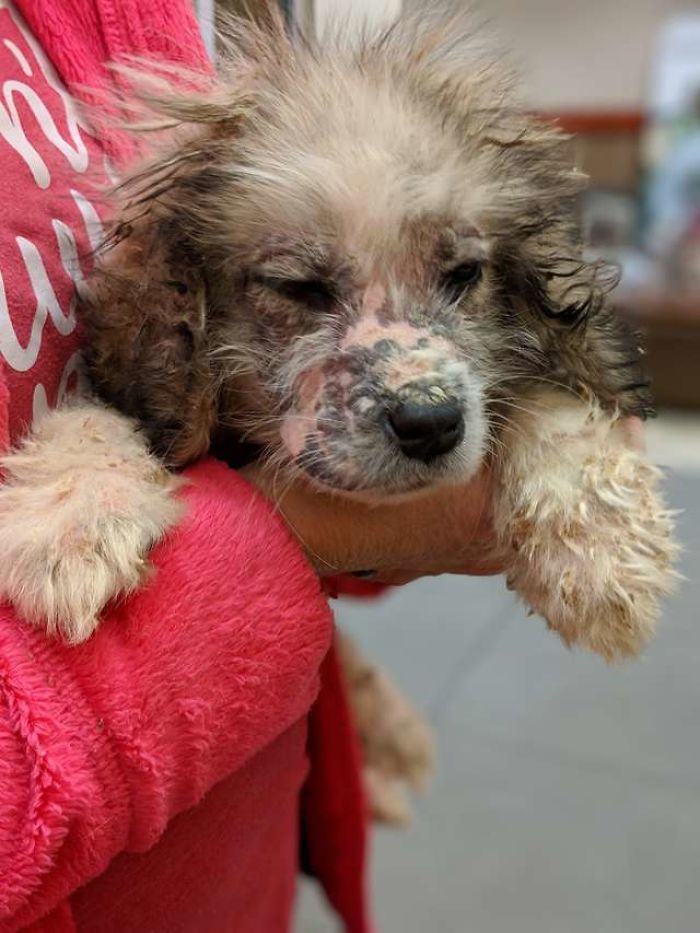 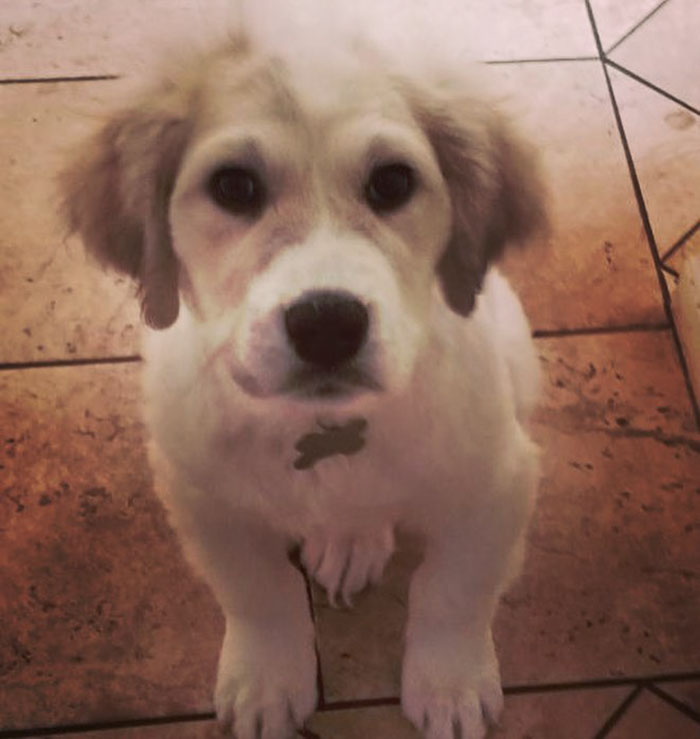 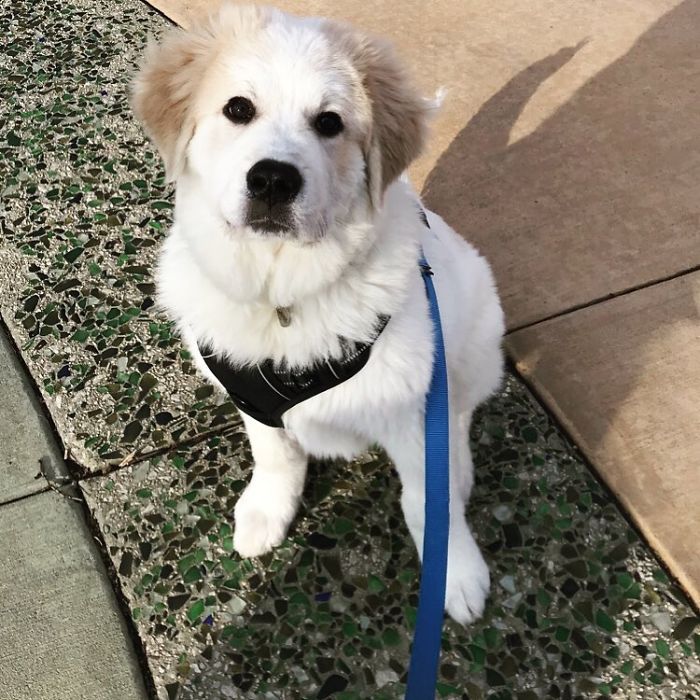 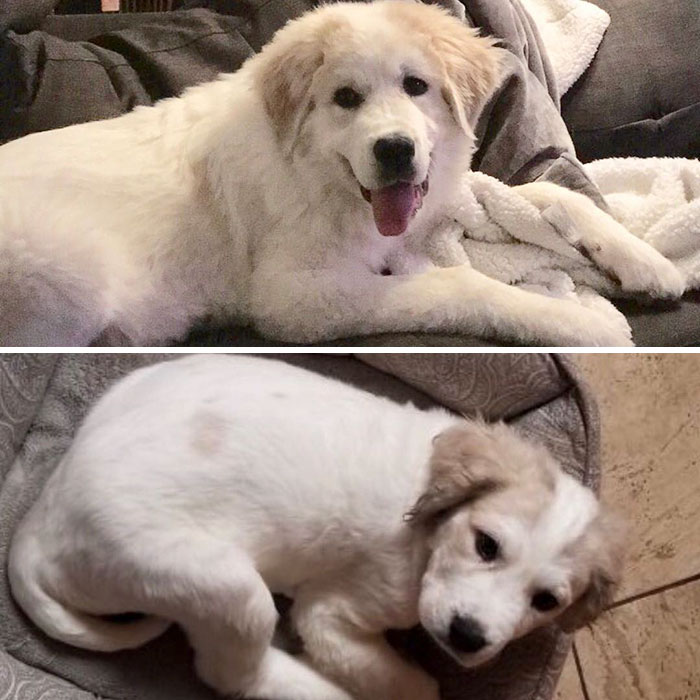 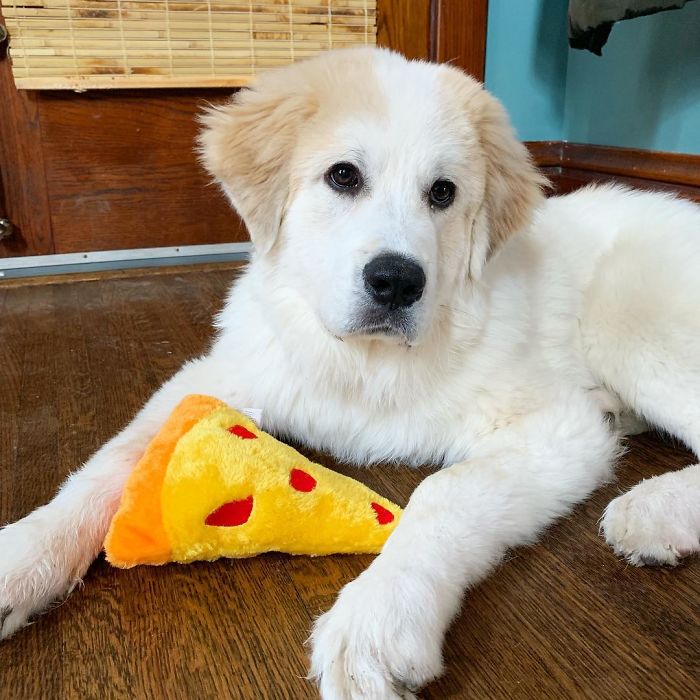 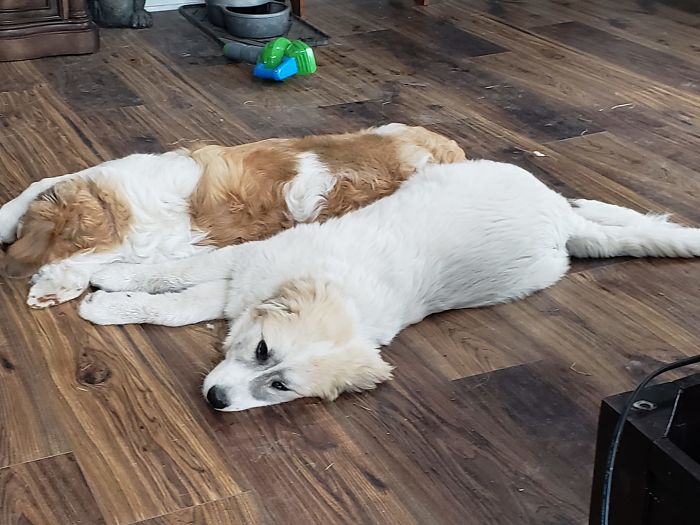