Meet Walter — a sweet donkey who just wants to fit in.

Growing up with three German shepherd siblings, the little donkey has picked up quite a few unusual habits. But his parents love him just the way he is. 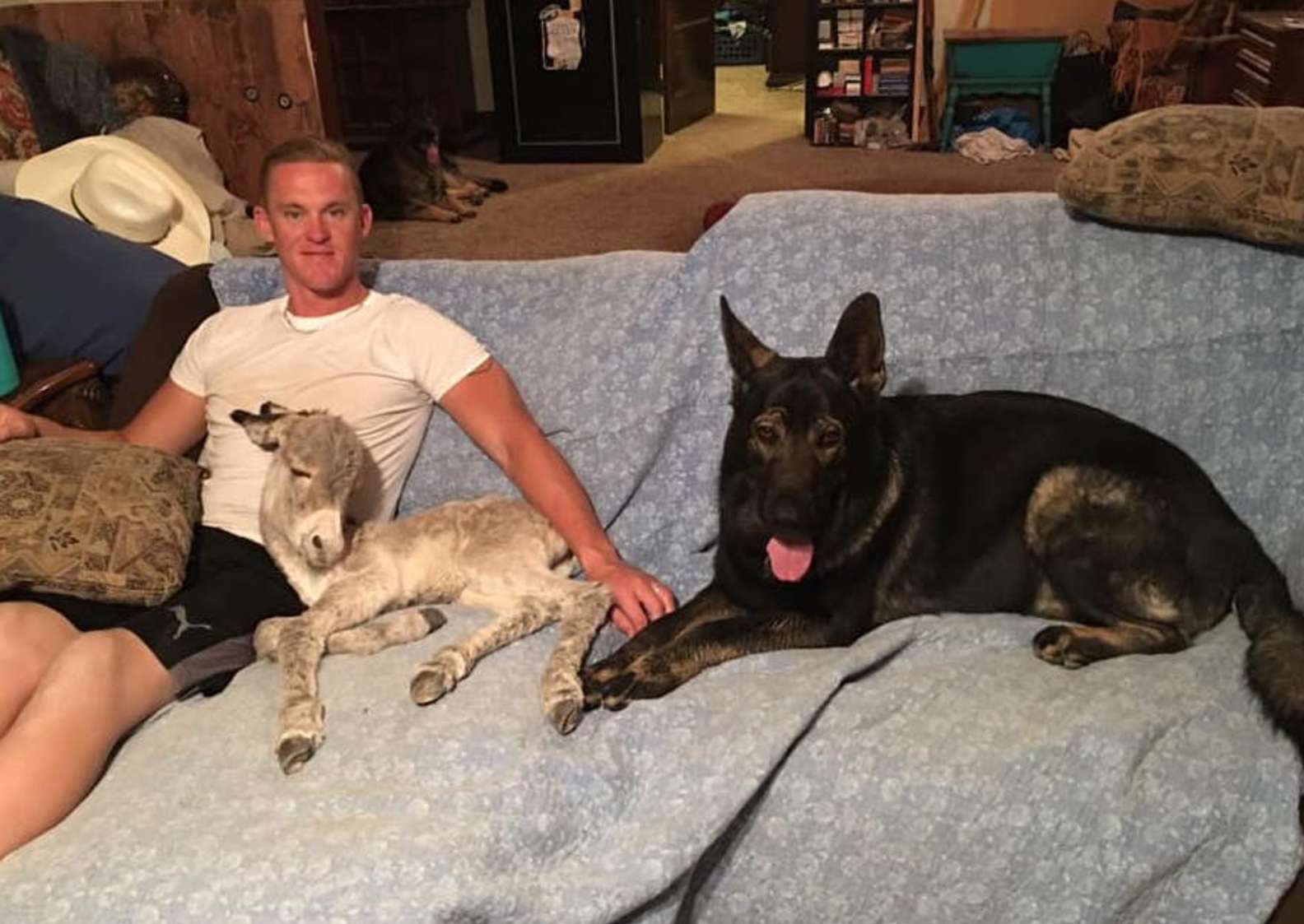 Walter was a baby when Kelly and Brad Blake took him into their home in Oatman, Arizona. “We have wild burros that roam the town,” Brad Blake told The Dodo. “Walter’s mama rejected him because she was too young. The Bureau of Land Management and town locals tried for 10 hours to get Walter’s mama to take to him. Nothing was working, so we were called and asked if we would like to adopt him. Of course, we said yes!”

It didn’t take long for Walter to adjust to his new normal. The moment they showed him affection, Walter connected to his new parents on a deeper level — especially his dad. 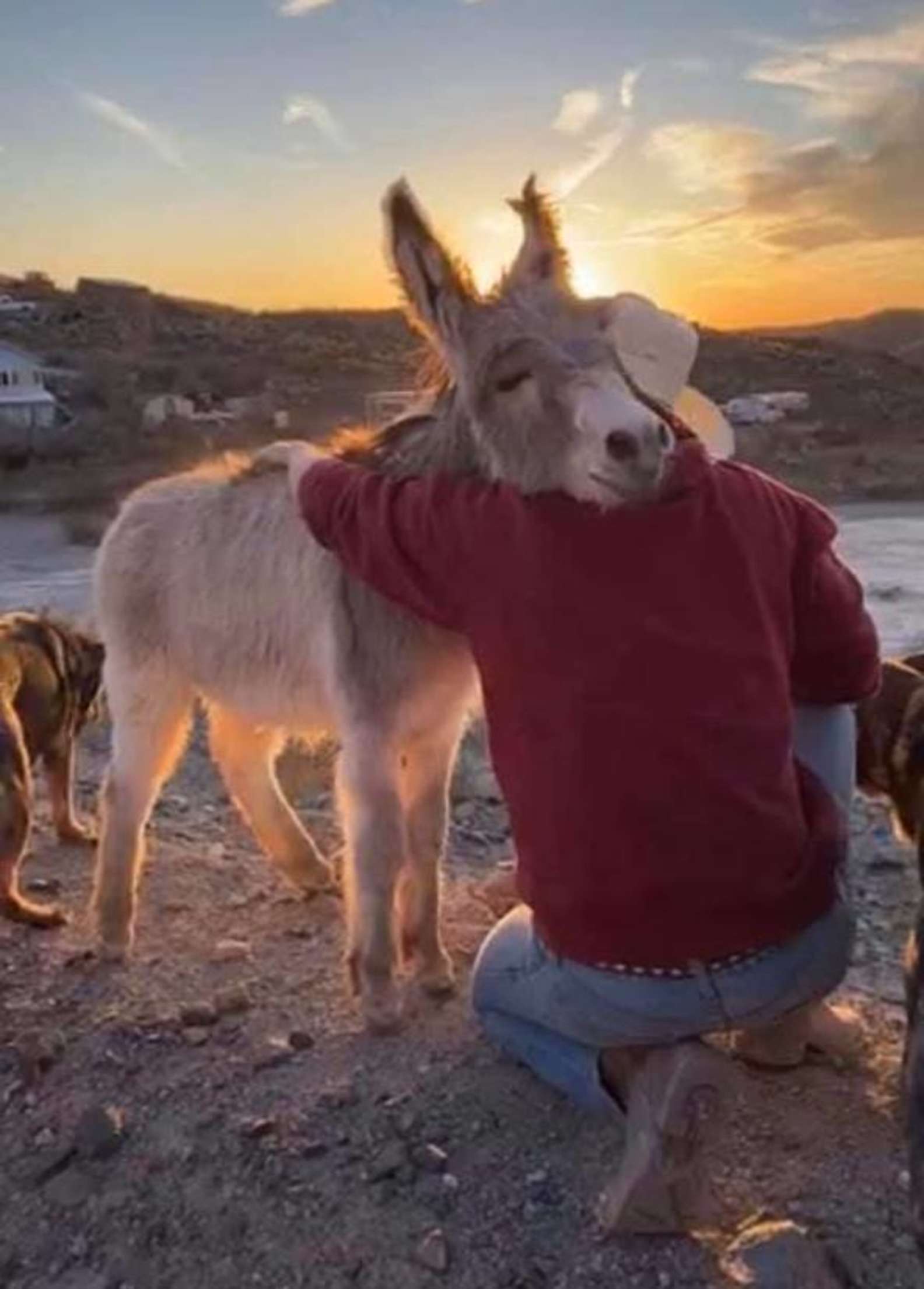 Now the once-sickly donkey has grown to be 150 pounds and lives in the Blakes’ house as if he were another one of the dogs. If Walter ever needs a helping hand, his brothers and sisters are always happy to show him how things are done.

“We have three German shepherds and they all took to baby Walter from day one,” Blake said. “They have helped us raise him and teach him house manners.”

As a result, Walter has taken on some of his siblings’ behavior — from how he shows excitement to how he sleeps. But Walter’s dog-like personality really comes out whenever his dad returns from a business trip.

As soon as Walter sees his dad, he comes running, hopping up and down in excitement. He nuzzles his dad, wagging his tail happily. 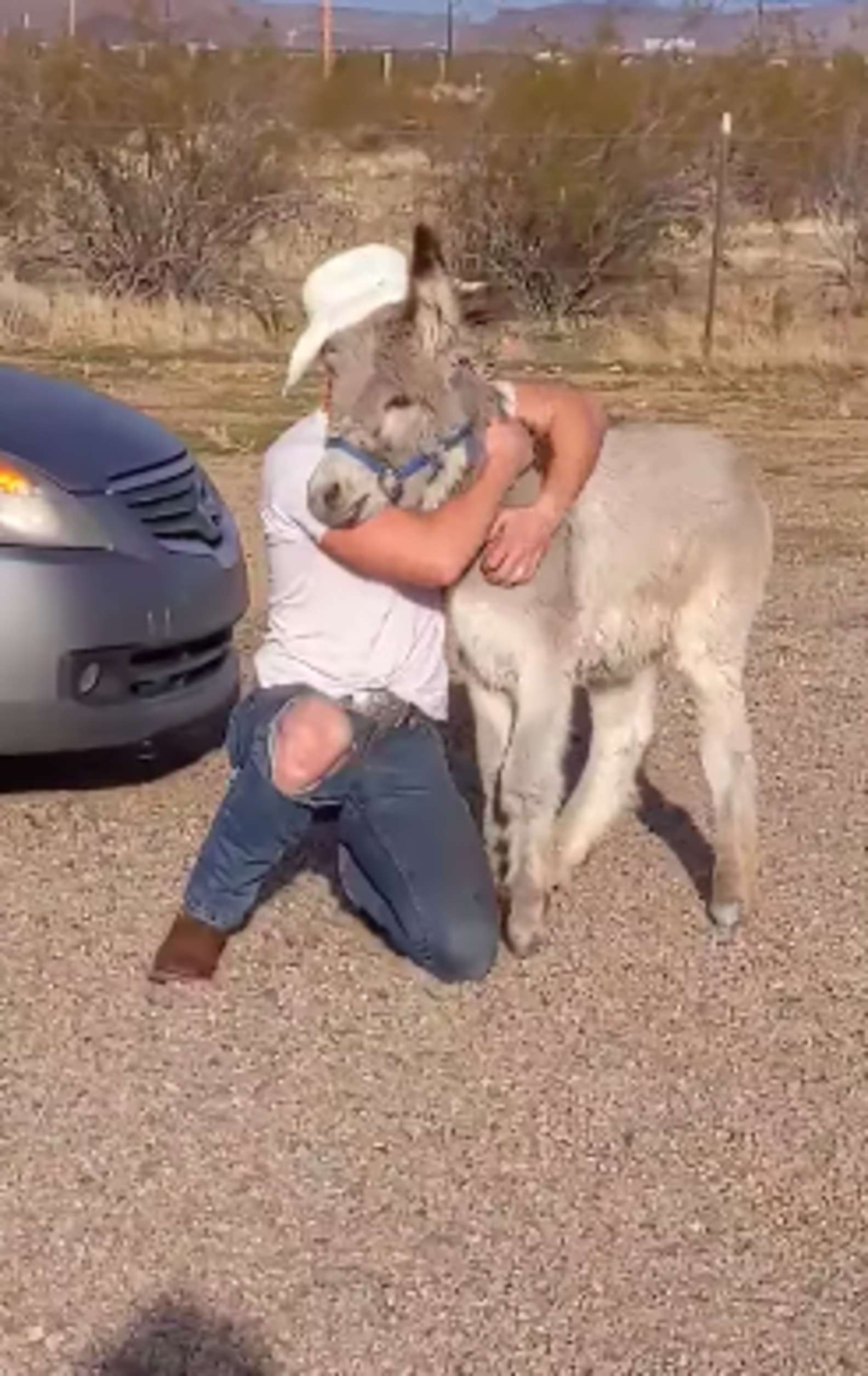 “Walter acts as though he is a dog,” Blake said. “He wags his tail and gets excited when we come home. He hops and brushes his body against me to love on him. He even lays on the couch next to me for naps.”

“Every night we all go on our walk into the desert for exercise and Walter runs around with our shepherds as though he is one of the pack,” he added.

You can watch Walter and his parents’ adorable reunion here:

Walter is constantly giving back to the local community by working with a number of charities, as well as volunteering as an emotional support donkey. His parents keep his devoted Facebook fans up-to-date on his daily adventures and love how much attention Walter has brought to their little town.

“We never imagined how much Walter would change our lives for the better,” Blake said.