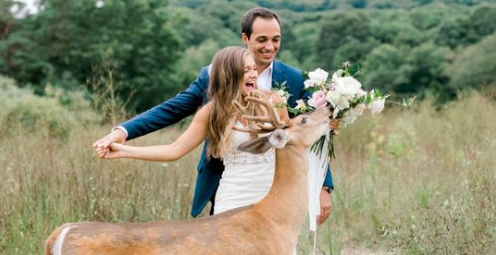 Wedding crashers aren’t usually a good thing. But for one Michigan couple, an uninvited guest made the day even more special.

Morgan and Luke were celebrating their nuptials on the Felt Estate, in Saugatuck, Michigan, when photographer Laurenda Marie Bennett stole the couple away for “golden hour portraits.”

“We walked over this hill and made it to a field where we saw just over a wooden fence was a deer,” Bennett told The Dodo. “As soon as we arrived, the deer looked up and just casually walked over to the bride and groom.” 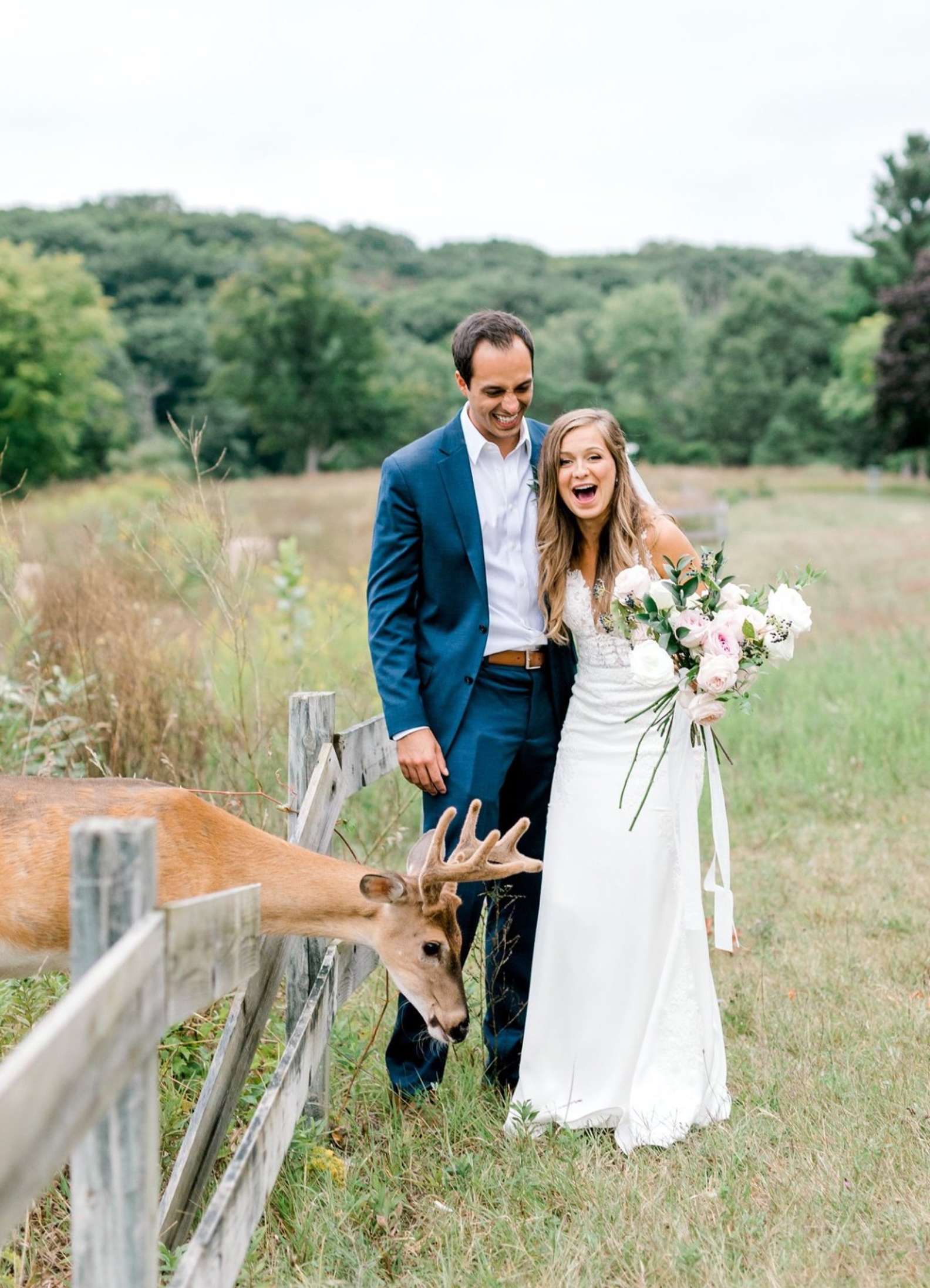 The friendly deer greeted the couple and quickly spotted the bride’s bouquet. The spray of flowers was too tempting for the deer to resist.

“[He] started reaching his neck over and grabbing flowers from her bouquet and just chewing away,” Bennett said. “Then he steps over the fence so he’s standing in front of them, and he’s just hanging out eating her bouquet.” 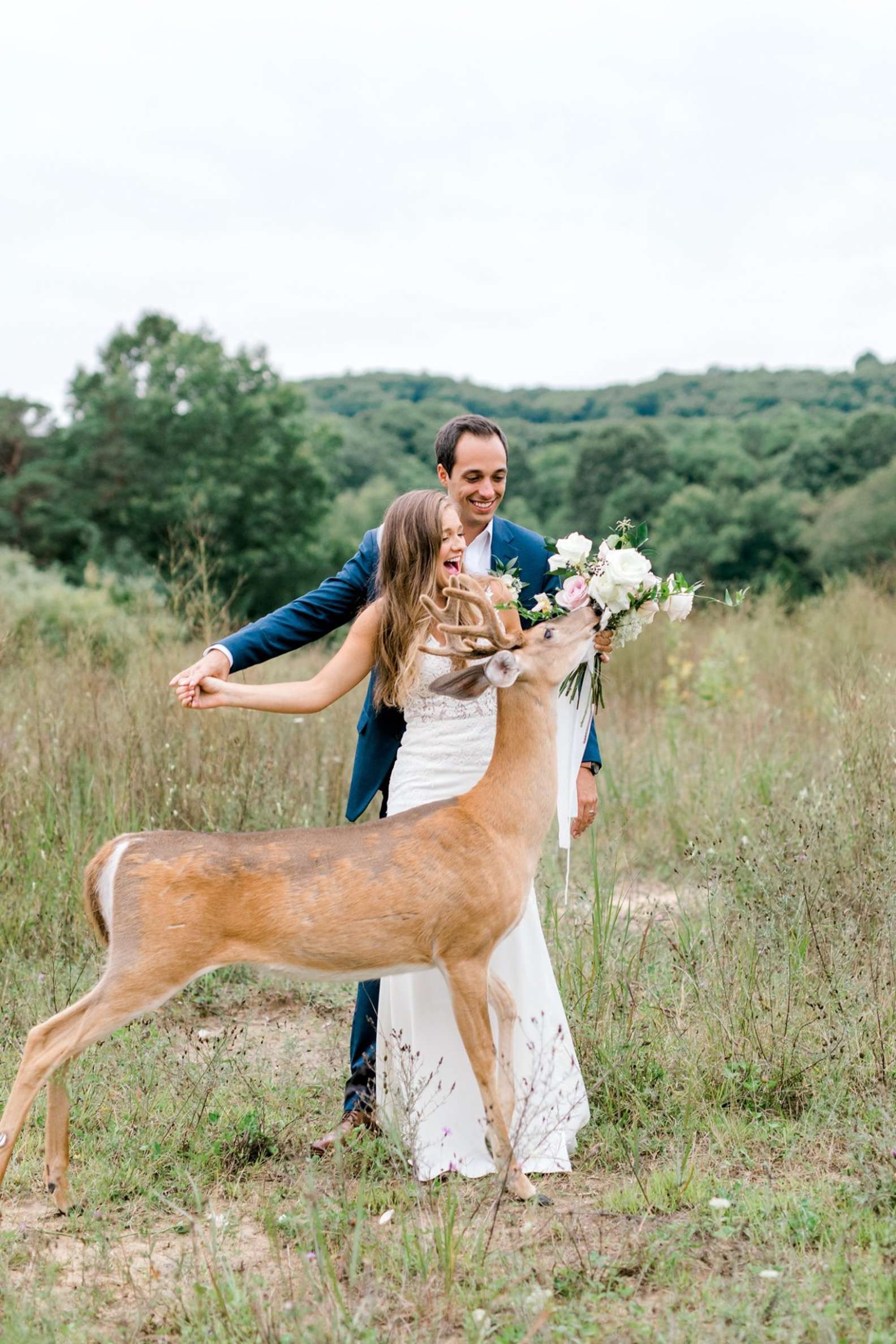 After the initial shock of the wildlife encounter wore off, Bennett started snapping photos of the bride and groom. “We were all kind of giggling and looking at each other like, ‘What’s going on? What should we do?’” Bennett said. “Morgan’s expressions were priceless — they just kind of made the photos.”

As it turned out, this specific deer is a bit of a celebrity in the area. He’s even made it to the news for photobombing a few engagement photo shoots earlier this summer. 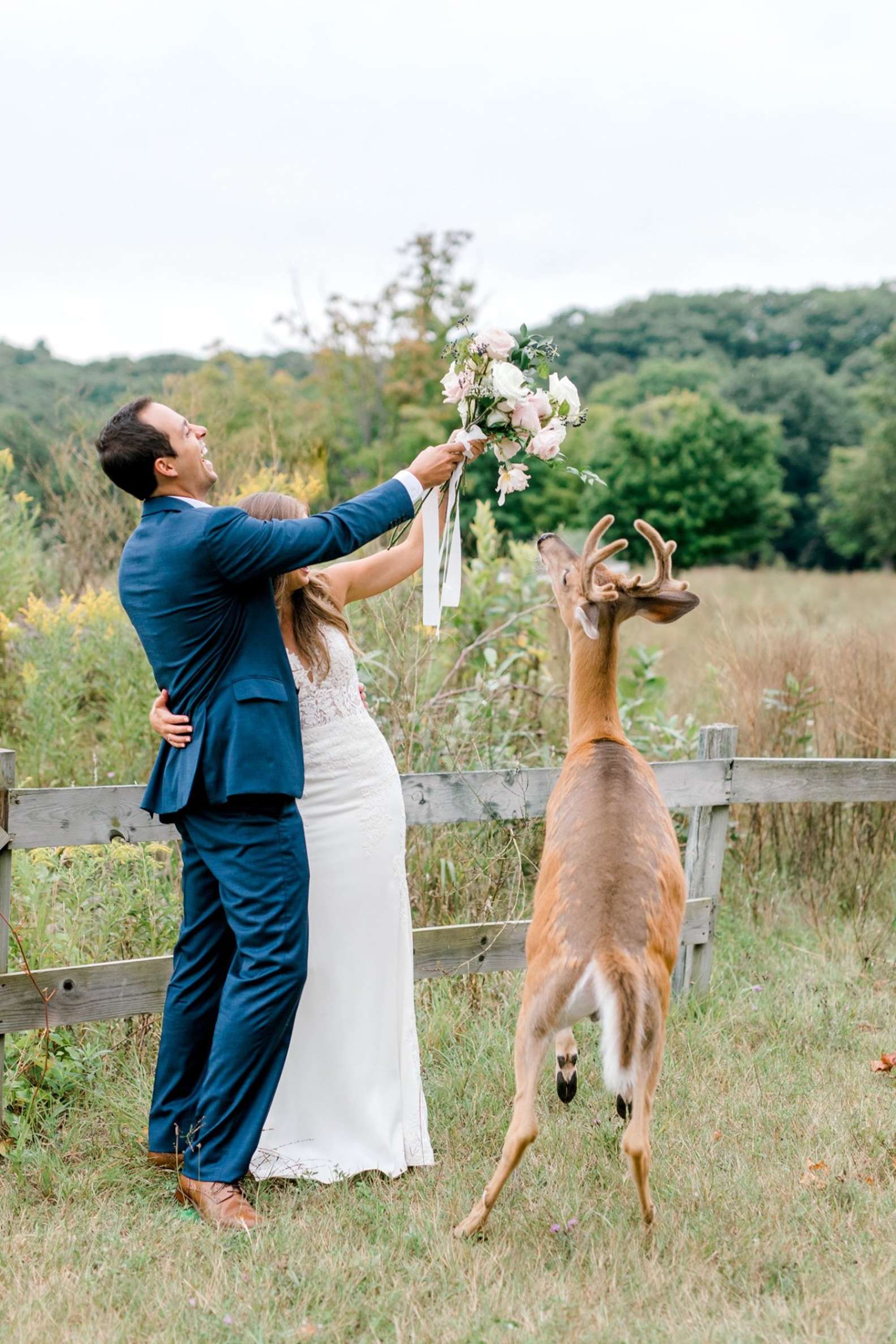 “Never in a million years did I think I’d run into him, especially when photographing a wedding,” Bennett said. “I felt like it was meant to be.”

The deer would stop at nothing to get the flowers, so the bride eventually decided to give the hungry animal her bouquet. She had to borrow one of the bridesmaids’ arrangements for the bouquet toss — but it was worth it for the hilarious photobomb.

When the couple returned to the field later that night, they found that the deer had left something behind for the bride — a little wedding gift.

“When we walked back to the area where we dropped the bouquet, the deer was gone but there was one white rose still intact,” Bennett said. “She picked it up and joked, ‘It’s the final rose.’”