A greyhound named Mosley was 4 years old when he was rescued from the dog racing industry. The pooch was soon given a home by Scott Merrihew and his wife, but he was so used to noise and a lot of dogs around him that he had no idea how to respond to love and kindness coming from humans. 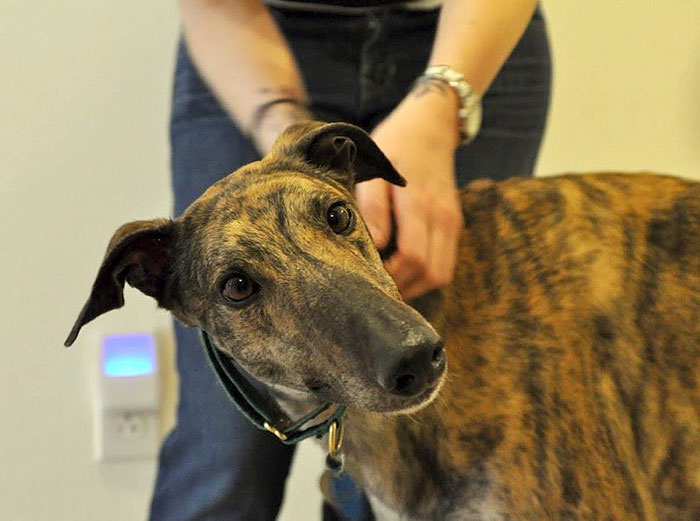 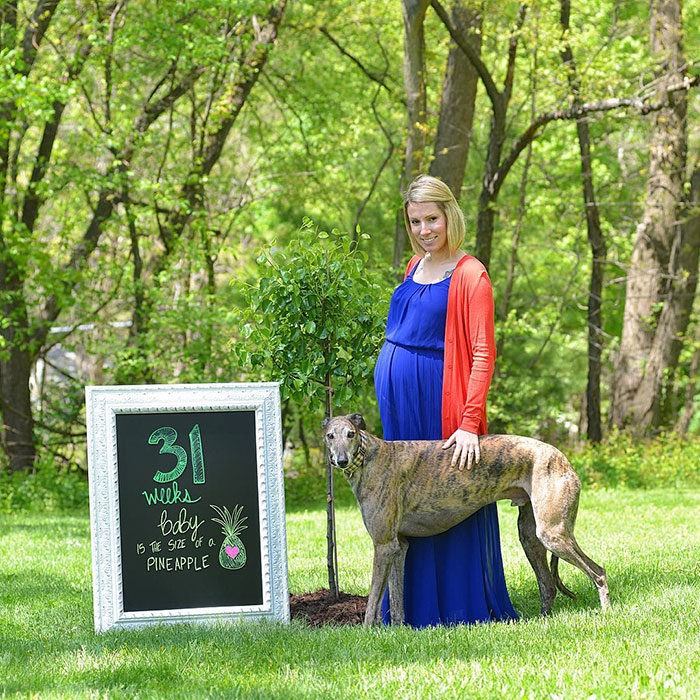 “When we first got him, he had a little separation anxiety and was really protective of his space,” Scott told The Dodo. “It took a lot of patience over the years with him to get him as comfortable as he is with life off the track.” When Scott’s wife became pregnant, the 8-year-old Mosley became especially attentive of her. 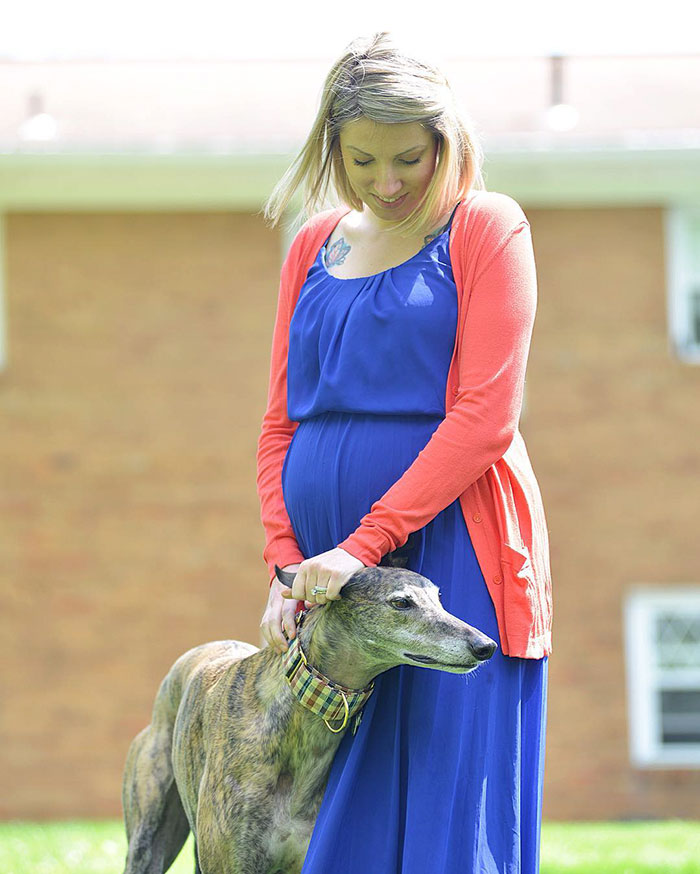 “He was a lot more cuddly with my wife towards the end of the pregnancy,” Merrihew said. “He knew something was happening!” The baby boy Lucas Merrihew was born about a week ago and Mosley had nothing but love for him. “His initial reaction about Lucas was very interested but knew to keep his distance,” Scott explained. “He’s been really good with the baby. We currently lock the kitties out of the room at night but Mosley is allowed in.” 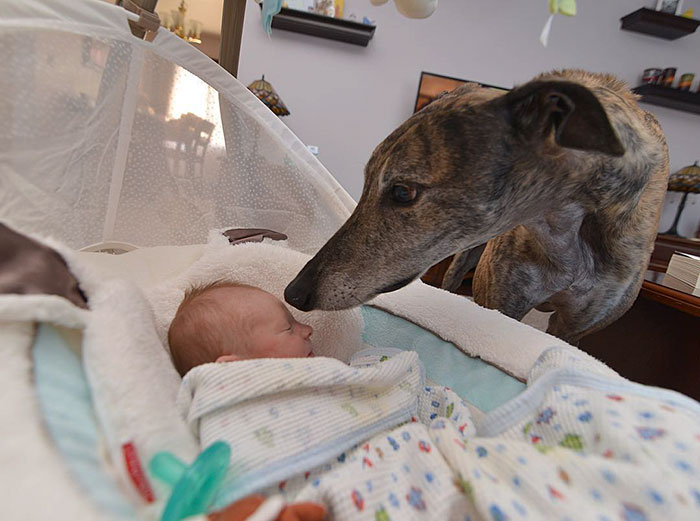 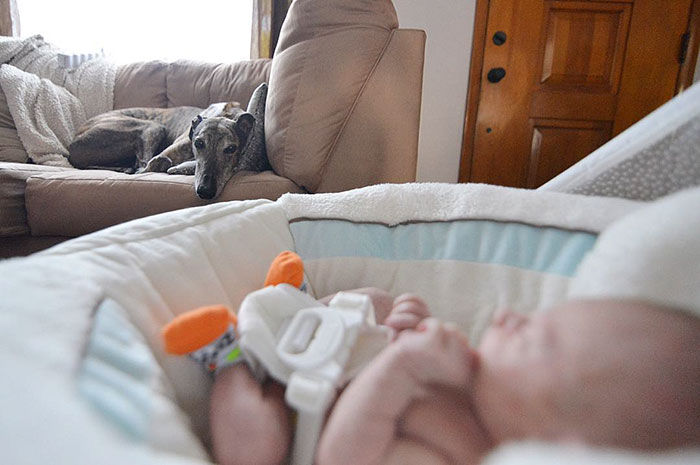