Snow and ice have always possessed a mystical quality, which is perhaps is what makes Iceland such a captivating destination. New York City-based professional photographer and filmmaker Drew Doggett, managed to capture a sliver of this magic in his new photo series ‘In the Realm of Legends,’ where he highlighted “the unique relationship between this land and the beautiful horses.” 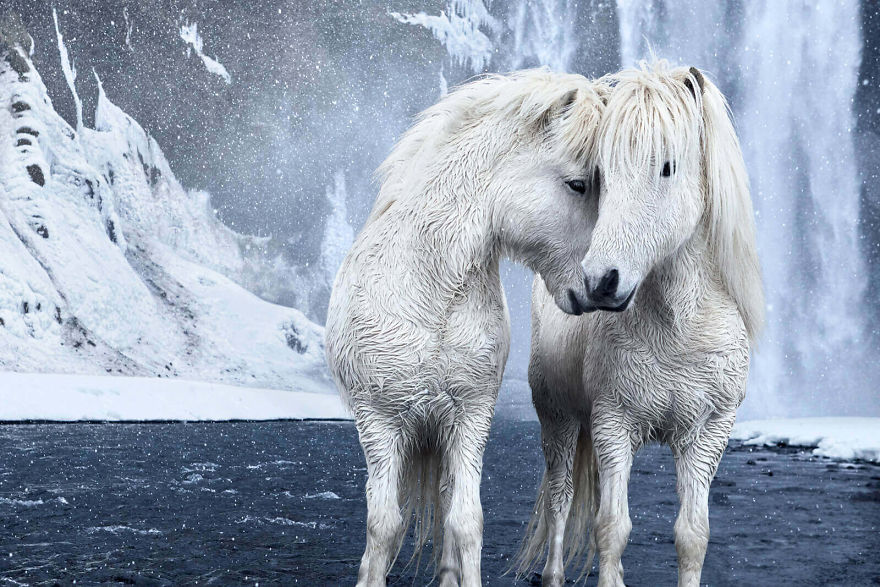 While this was Doggett’s first time in Iceland, the photographer has traversed the much of the world for his other shoots seeking out unusual locations and the most beautiful nature.

“Throughout all of my work, I find that I am consistently drawn towards places on Earth that are near-impossible,” he told Bored Panda, “Iceland is a surreal place, and the wild horses are the perfect companions to this unusual yet breathtaking land; the combination of the two is truly unforgettable.” 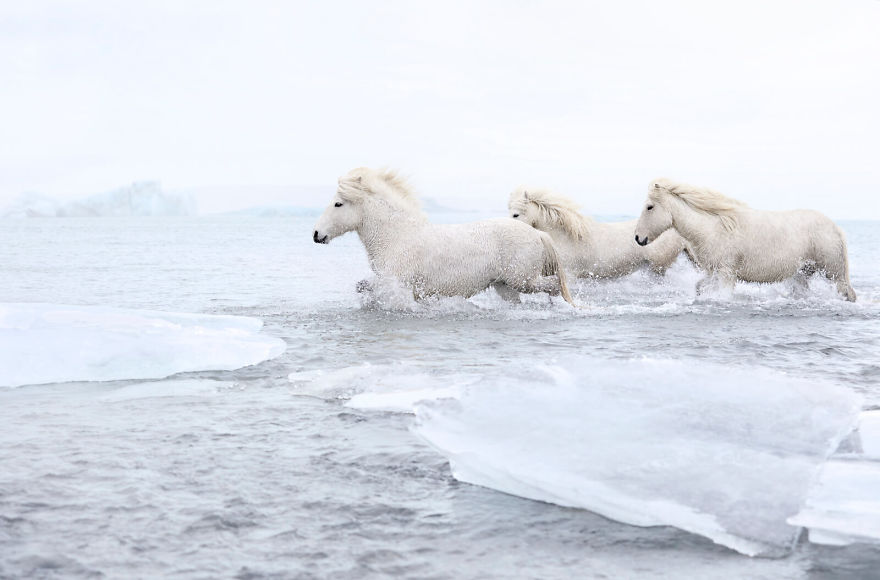 But it wasn’t just the scenery that brought the artist to the icy region.

“In many ways, I was drawn to Iceland (and my wildlife photography career) because of my interest in adventure – one I’ve had since I was a child. Jules Verne’s Twenty Thousand Leagues Under the Sea was one of the many books I read and re-read knowing that I wanted adventure in my own life one day,” explained Doggett.

Well capturing fantasy tales on film is no easy feat. The photographer said he spent months planning the two-week animal photography shoot but was met with several challenges. 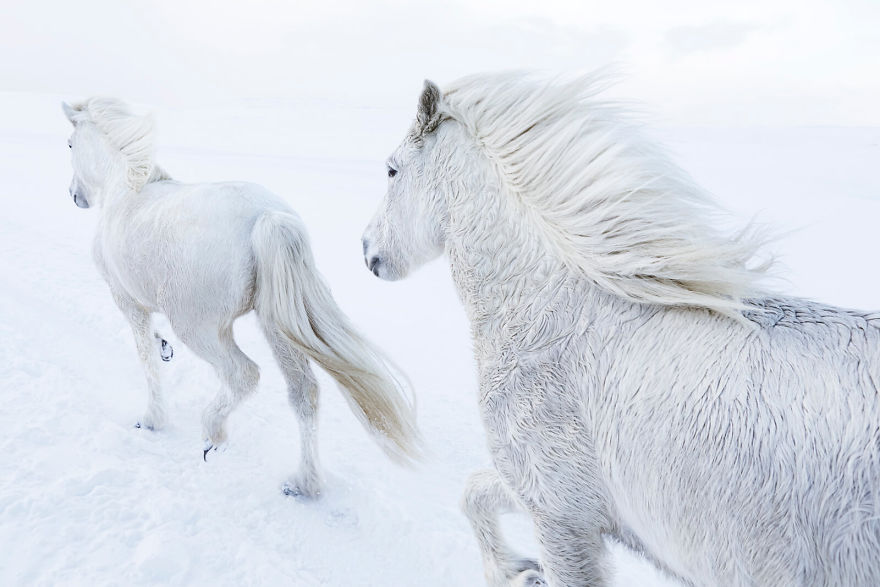 “Other than the innate challenges of documenting this rare horse breed, the unpredictability of Iceland’s weather was the most challenging aspect of creating this series… I had to make the best of every single opportunity in front of me because it wouldn’t be long before the rain fell or the wind picked up to the point of us needing to find shelter.” 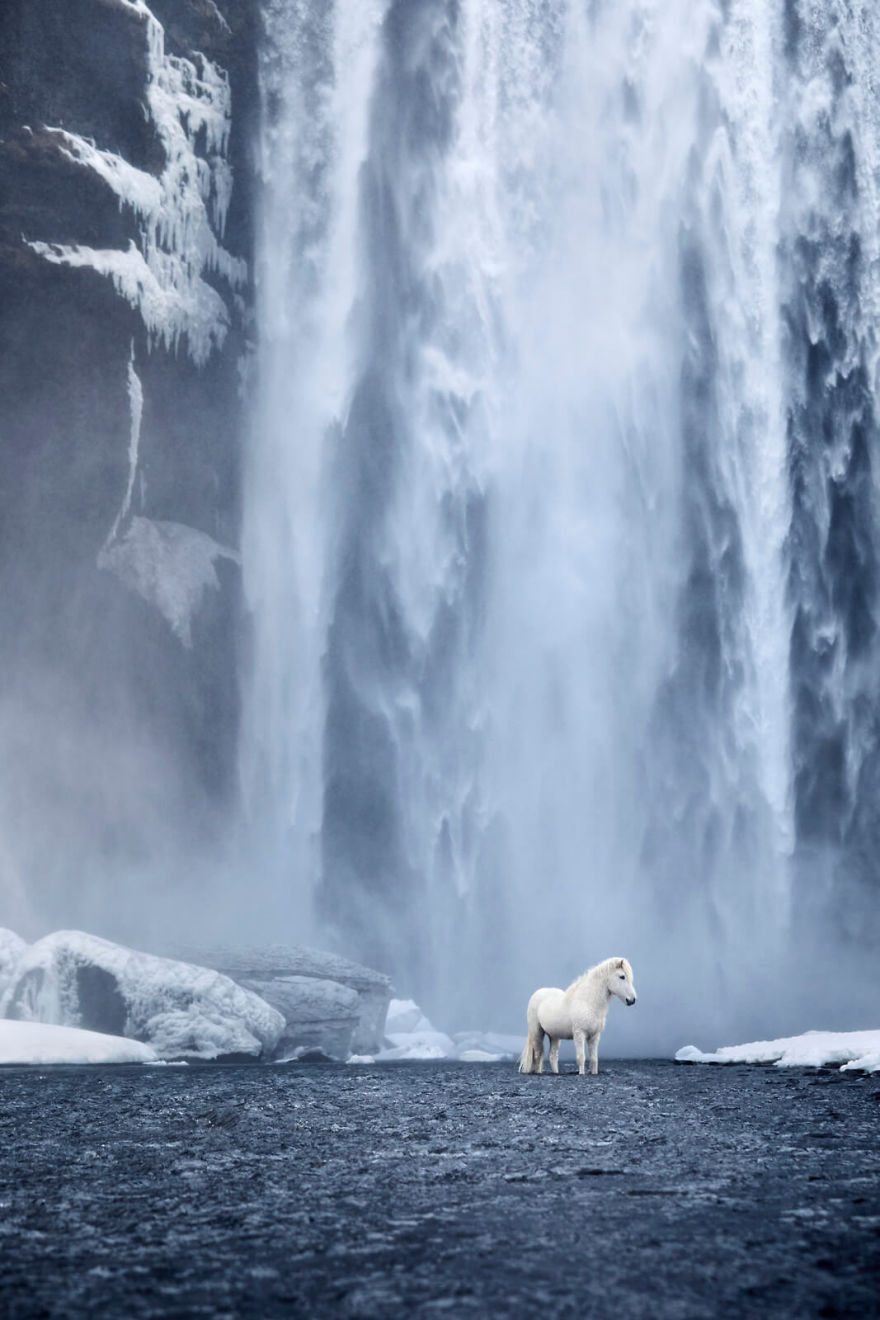 After viewing the photos it is clear that Doggett’s hard work paid off, culminating in a whimsical series. He said he hopes his viewers walk away with feelings of ‘collective nostalgia, inspiration, and fantasy.’ 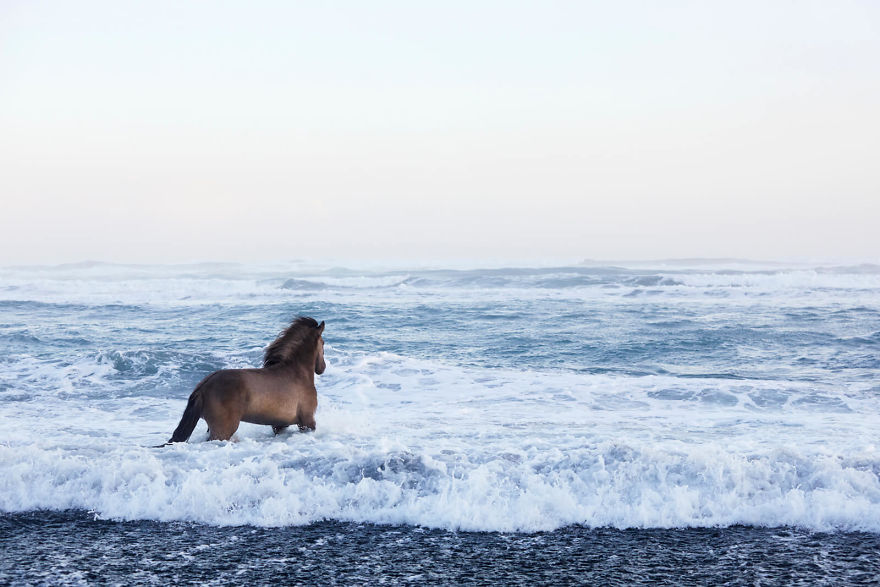